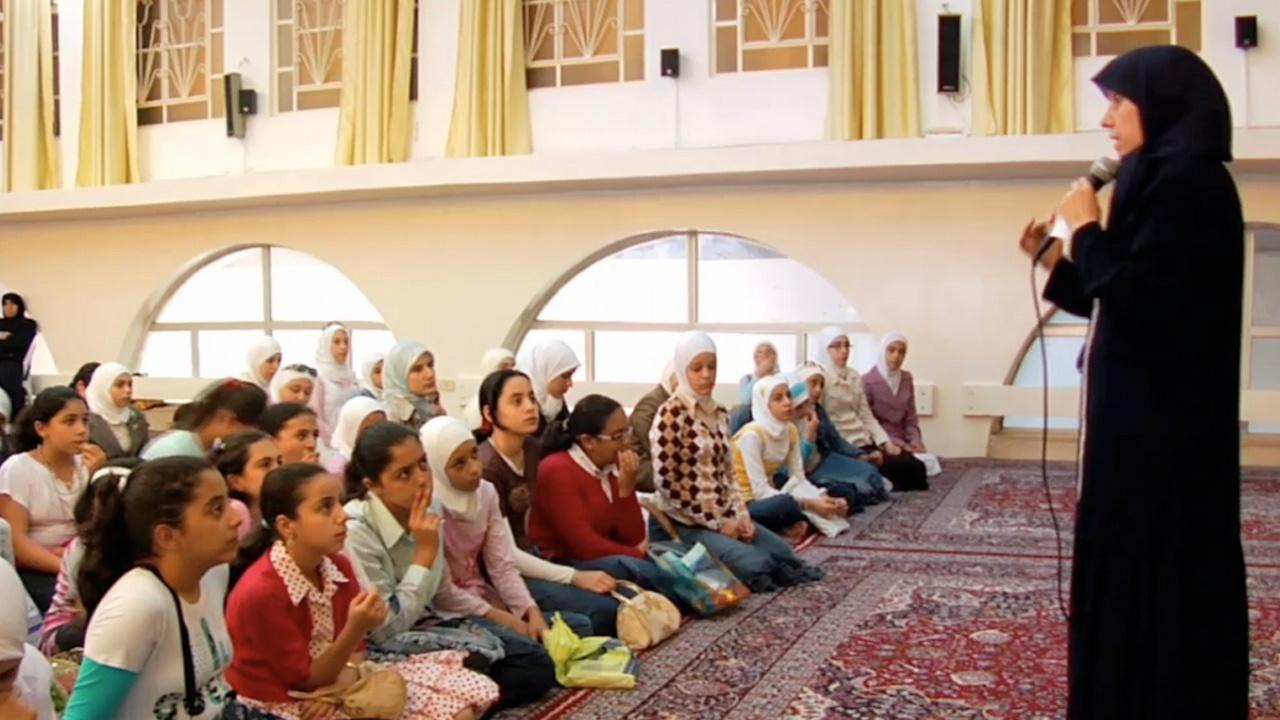 “The Light in Her Eyes” (PBS) and “Veiled Voices” (Brigid Maher) are two documentaries, filmed and produced in the early 2000s, which follow Syrian da’iyyah Dr. Houda al-Habash, and Dr. Houda along with the Lebanese Dr. Ghina Hammoud, and Egyptian Dr. Su’ad Saleh, respectively. These films explore the work, experiences, and challenges of each of these women, who are traditionally trained Islamic teachers and leaders within their respective countries. 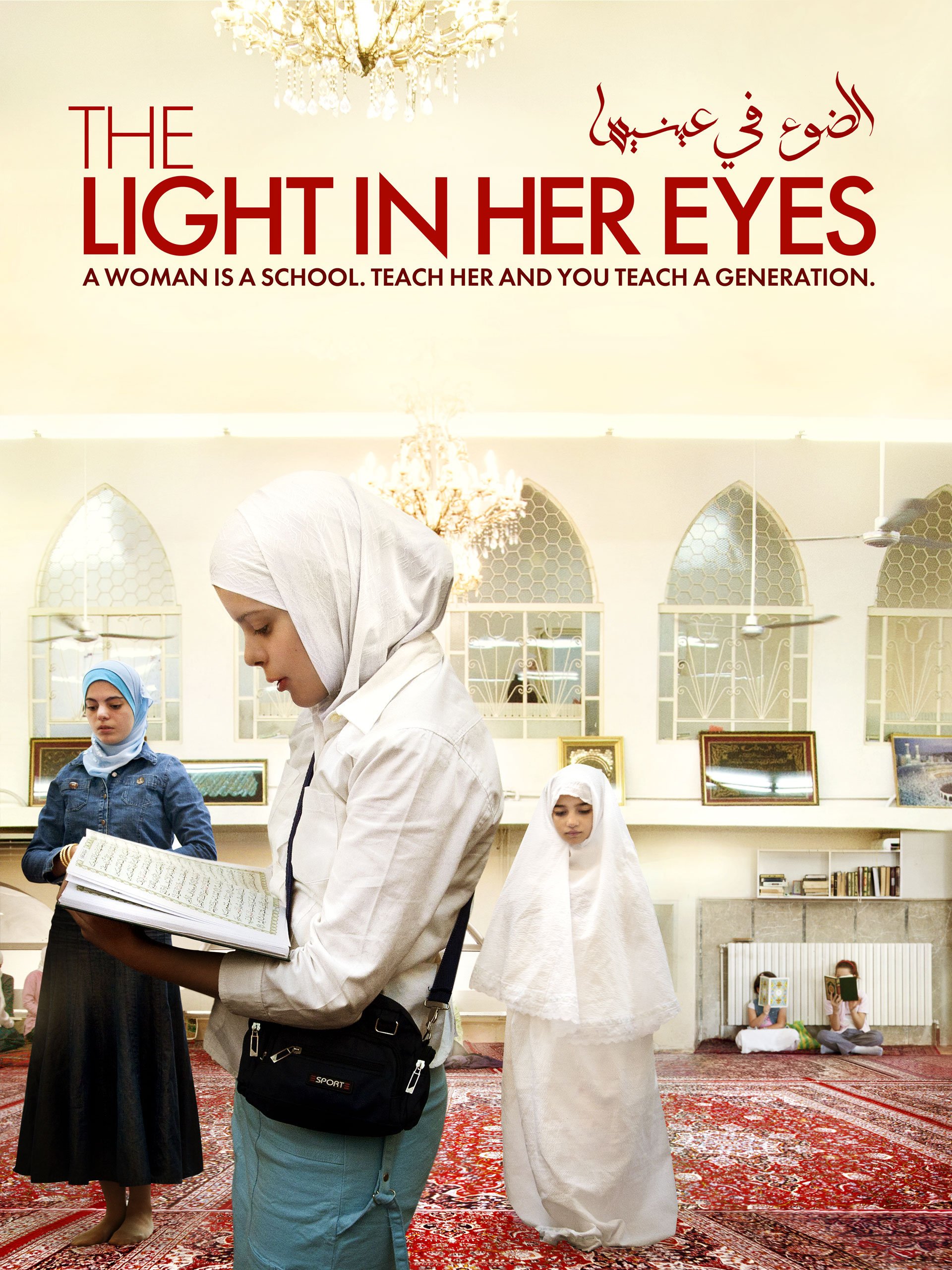 In “The Light in Her Eyes,” we are introduced to Dr. Houda al-Habash, who established a Qur’an school for girls in a Damascus masjid at the age of 17. At the time of filming, Anse Houda had over 30 years of teaching under her belt, and the film itself records her as she ran summer courses for girls focusing on hifdh (memorization). We are given a glimpse of her home life, her family, and her background, along with the intensive work she does not just as a Qur’an teacher, but as a spiritual counselor, a Muslim woman who empowers other Muslim women through Islamic teachings, and a teacher who gently but firmly guides her students towards a holistic understanding of Islam and a powerful connection with Allah

I genuinely loved this documentary – it was an authentic representation of a Muslim woman powerhouse who derives spiritual strength and empowers her students through love for the Qur’an. No white saviors here, no secular liberals claiming credit for “liberation,” and there was minimal emphasis on the oppressive Muslim male narrative (although there were a few particularly reductive snippets from well-known Arab shuyookh going on about “a woman’s place is in the house” kind of thing). Instead, we are given glimpses of the other teachers (whose sometimes harried expressions were all too familiar – hashtag madrasah teacher struggles), of the many female students of varied backgrounds, and of Anse Houda’s firm yet loving approach to pushing all her students – young and old alike – to excellence.

There were no holds barred: she spoke openly about her abusive first marriage, about how she fought for a divorce, how her children were kept from her, and how the gossip about her divorce had spread across Beirut and resulted in people questioning her da’wah. None of that stopped her; she established her own Islamic center, empowering other Muslim women to learn the deen and fight against the oppression they might experience. Even so, we are given a glimpse into the struggles that Dr. Ghina faces; in moments of incredible vulnerability, we see just how difficult it is for her and her young daughters to be separated due to the divorce, and she breaks down in anguished tears. She rallies herself, however, reiterating the importance of her da’wah and of embodying tawakkul in Allah

in both her public and private life. 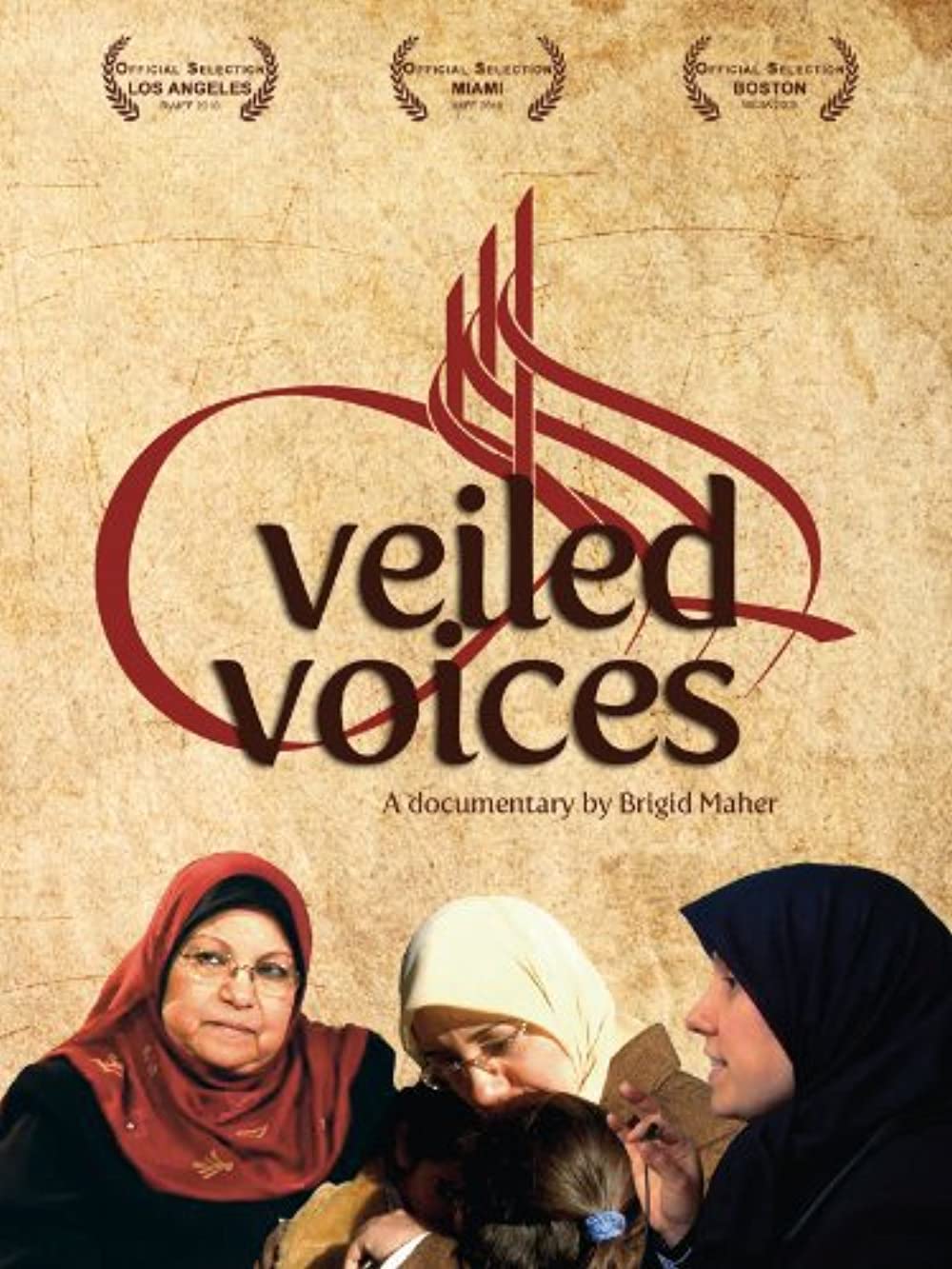 Dr. Ghina’s story highlights the many challenges that Muslim women, even those who study the deen formally and teach it at an academic level, often face in the course of their activism and leadership. Stigma and toxic cultural attitudes are constant obstacles, with men and women alike trying to delegitimize their efforts due to the ignorant mentalities regarding women. What truly sets women like Dr. Ghina apart is that despite all of this negativity, from within their own communities, they remain dedicated to their da’wah for the Sake of Allah

“Veiled Voices” also introduces us to Dr. Su’ad Salih, a formidable Egyptian scholar who is a professor of comparative fiqh at al-Azhar University, and used to be the Dean of Islamic Studies at that same institute. Dr Su’ad is from the first generation of female graduates from al-Azhar since it opened a faculty for women in 1962, and in addition to her incredible academic accomplishments, she also provided her services as an accessible female scholar through her various media appearances.

The documentary highlights Dr. Su’ad’s push to have Egypt formally recognize muftiyyas as part of Al-Azhar’s Islamic council. Though the former Grand Mufti of Al-Azhar, Muhammad Sayyid Tantawi, appears in the documentary and gives some pretty words of token encouragement regarding the legitimacy of female muftis, Dr. Su’ad bluntly speaks of how her applications to the position were repeatedly rejected. Indeed, she received only a single vote in her favour; every other male mufti who held a vote on the matter decided against her.  Ultimately, though no muftiyyah has been recognized to date by al-Azhar, Dr. Su’ad reminds viewers that in her day to day life, she fulfills that role in every way – no matter how many times the male muftis reject her applications.

These two films are a treasure trove for viewers: they are powerful insights into female Islamic scholarship in today’s day and age, unapologetic and determined in their da’wah. We are able to view Muslim women, in the Arab world, who face numerous challenges and excel despite the obstacles that come their way. We witness how their knowledge, their adab, and their sincerity, combine to provide a priceless service for this Ummah. Even more importantly, it reminds us that though the concept of female Islamic scholarship is challenged in many of our communities, it remains a Sunnah from the earliest generations of Muslims, and it continues to be upheld by incredible women in both the East and the West.

(“The Light in Her Eyes is available for rent on YouTube; “Veiled Voices” is viewable on Prime Video through Amazon.com, and available to rent on Vimeo.)