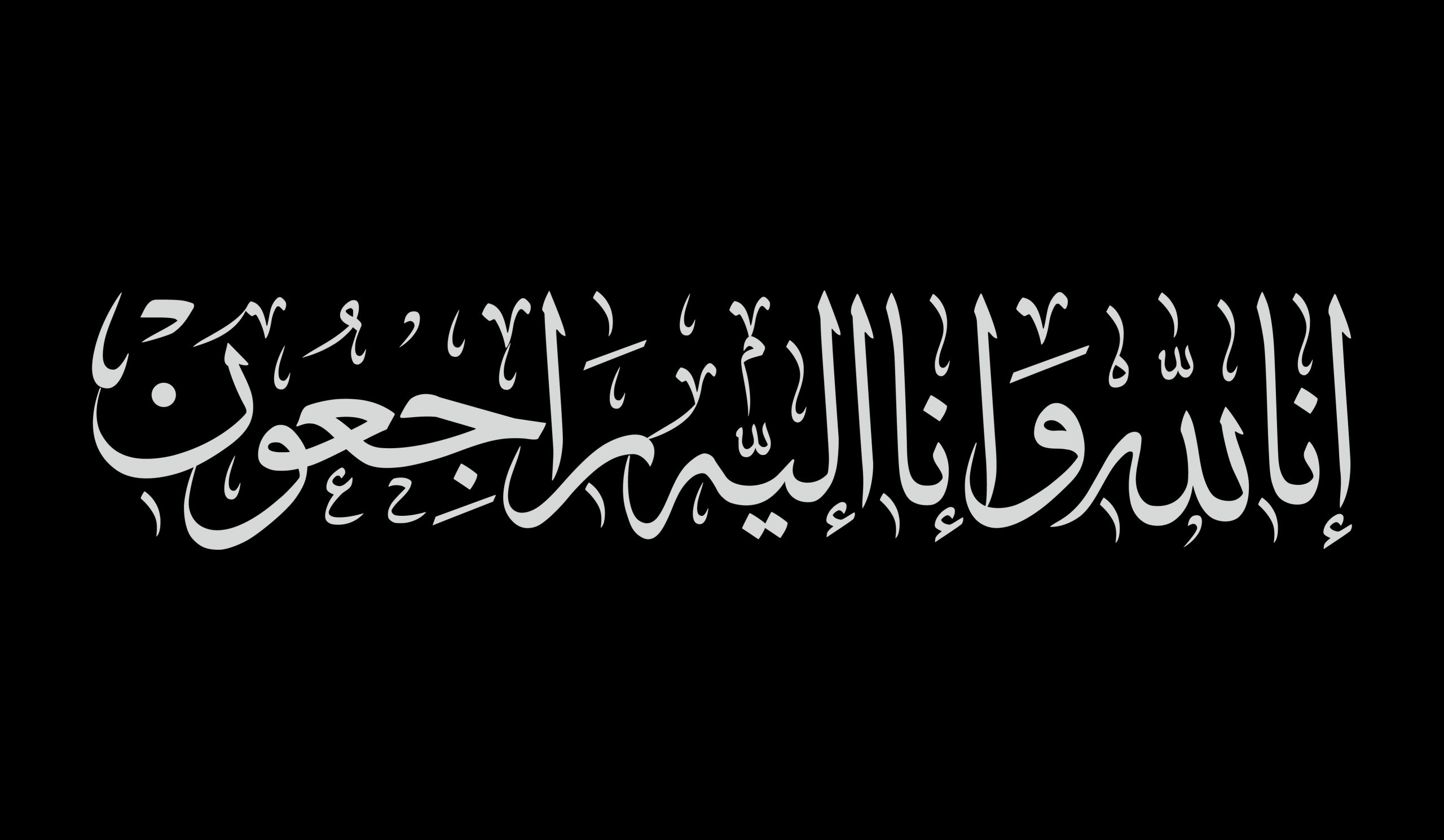 On 2nd February 2021, Dr Abu Salman Shahjahanpuri, a widely acclaimed scholar from South Asia, was mourned not only in his home of Pakistan but among the many Muslims and non-Muslims throughout the world who knew him and his contributions as a scholar and public figure. He was an eminent Muslim religious scholar, academic, and historian, who was also a well-placed and reputed figure of great spiritual and intellectual insight, and continued to be instrumental over the past 30 years in the critical evaluation and appreciation of Islam and Muslim thinkers in South Asia. Akhtarul Wasey and Khaliq Anjum co-authored Maulana Abulkalam Azad ke muḥaqqiq Ḍākṭar Abū Salmān Shāhjahānpūrī: shak̲h̲ṣīyat aur adabī k̲h̲idmāt (The research scholar of Abul Kalam Azad, Abu Salmān Shahjahānpūri: Life and academic works). The President of Jamiat Ulama Hind, Qari Syed Muhamamd Usman Mansurpuri, and general secretary Mawlana Mahmud Madani also offered their condolences on his death. 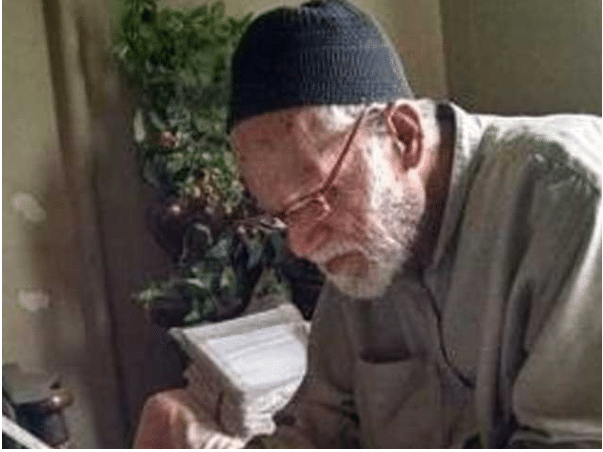 Born in 1940 in Shahjahanpur, he was schooled at Madrasa Saeedia in Shahjahanpur and memorized the Quran  at Jamia Qasmia Madrasa in Moradabad, and also nurtured his skills in Islamic sciences, mastered Persian and Arabic from the same institute. Shahjahanpuri also did his studies with his uncle Maulana Abdul Hadi Khan who was the student of Mufti Kifayatullah Dehlawi. He was so thirsty for knowledge that he studied deeply and devoted a great deal of his time to the composition of many scholarly articles and books.

Aged 10, Shahjahanpuri migrated to Pakistan. He received an MA from the University of Karachi and completed his doctoral studies at the University of Sindh. His commitment to Islam, which occupied him for his whole life, left an indelible mark in the hearts and minds of people across territorial boundaries. He was known as a researcher and historian and regarded as an authority in the historical and political movements of the Indian subcontinent, and has dealt with the subject with a scientific detachment and objectivity.

Also an author of over 100 books, Dr. Abu Salman Shahjahanpuri is thought to be the only Pakistani scholar for over a half of century having worked on the life and works of Abul Kalam Azad—like his books Ifādat-e-Azād and Hindustān mai Ibn Taymiyah (comparing Ibn Taymiyya’s influence on Azad), including his 6-volume biography of Hussain Ahmad Madani. A major portion of Shahjahanpuri’s work focuses on the political, historical and intellectual legacy of scholars associated with Jamiat Ulema Hind. He dedicated his time to work on the thought and legacy of scholars like Mufti Azam Hazrat Kifayatulah, Hazrat Mawlana Said Dehlawi, Kutub Aalam, Mawlana Husain Ahmad Madni, and Abul Kalam Azad.

Shahjahanpuri was more admired in India than his homeland of Pakistan, where he migrated to soon after the partition. His many works have focused on the pre-partition history of the sub-continent, and has produced works depicting the intellectual history of region, particularly the scholars of Deoband. He has edited and compiled political and literary works, and above all, bibliographies on the aforesaid themes. To record his works produced so far, this bibliographical account contains almost all of his works, and biographical sketches written by his contemporaries and reviews of his books. The president of Pakistan presented Dr. Shahjahanpuri with an award for the book, and Hamdard Islamicus called it “an enthralling story that combines impeccable scholarship with a rare sense of the sacred worth of the subject.” According to Moinuddin Aqeel,  “Shahjahānpūri is the scholar who is a keen observer of the rise and fall of the nationalist and historic movements of Indian subcontinent.”

He was associated with Abul Kalam Azad Research Institute in Karachi, and visited India during 2014 to present his papers in an international seminar about Abul Kalam Azad, organized by the Iran Society and Maulana Abul Kalam Azad of Asian Studies, Kolkata. He was known for his fierce criticism and objectivity, and never deterred from his position. He was able to cut through the surface and see the crux of the matter. While discussing the Khilafat Movement, for instance, he ruthlessly exposed the immoral conduct of the subsequent British governments and how easily they broke their promises. During the war against Turkey, Britain had promised to Muslims of India that all holy places of Islam would be protected, and due care would be taken to maintain their sanctity. He told us of how this was publicized on a massive scale in India and was “perhaps the most repeated promise in the human history”, and of how it was broken (for example, Jerusalem, the third holiest Muslim place was taken over by the British on December 9, 1917).

In the same breath, Shahjahanpuri blamed Muslim religious scholars for short-sightedness and for falling for the British promises out of ‘innocence or contrivance’. He thought that it was perhaps the biggest mistake made by Muslims of India, which led not only to the desecration of holy Muslim places, but also contributed to the disintegration of the world’s last great Muslim empire and the seat of Khilafat, Turkey. Had the Muslims decided wholeheartedly not to support the British Empire in this war against Turkey he claimed, the British would have confronted one of the most lethal times in their colonial history.

Ironically, Dr Abu Salman’s academic works have not been properly acknowledged, and the reason is that he had his own views, and saw things from a different perspective. He, for example, has written many books on figures and political movements in South Asia not viewed with much favor in Pakistan. But, as Mushfiq Khwaja once remarked, the difference of opinion is limited to his point of view or the conclusions he draws from his research alone, and no one should underestimate the standard or the methodology of his research. The reason is that Dr Sahib never wrote on any topic until he had authentic source material and historical evidence to prove his argument. What commanded the respect of his peers was that his personal library brimmed with rare, original, and untapped source material on the history of the Indo-Pak subcontinent.