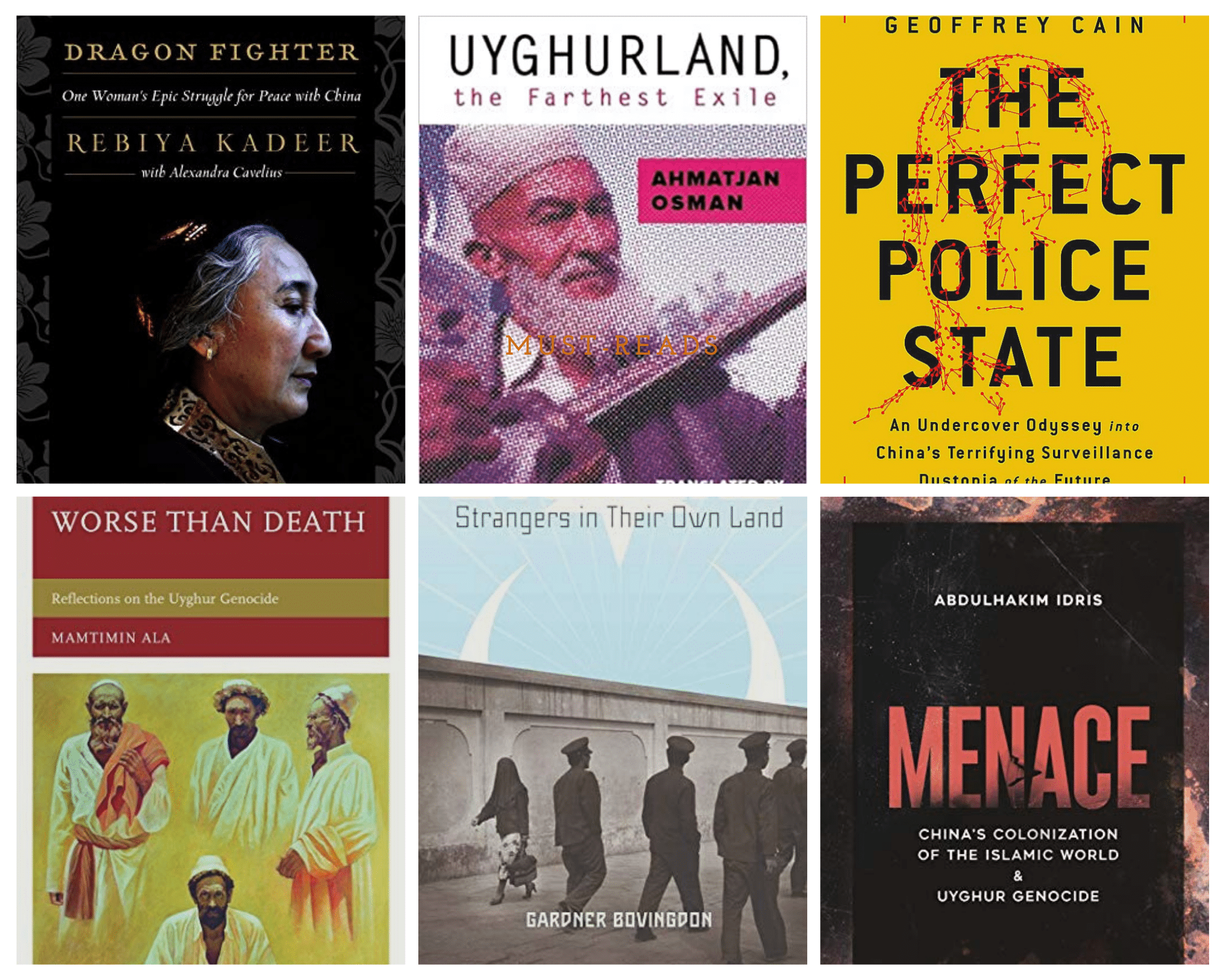 While a large number of people know about the situation of Kashmiris, Palestinians, Rohingya etc, not many know about what China is doing with the Uyghur. The world especially the Muslim brotherhood still chooses to remain silent against the horrors unfolding in Uyghurland where Muslims are being brainwashed, forced to become zombies. Right at this moment while you read this, Millions of Uyghur Muslims are locked up in concentration camps, their children are sent to filthy orphanages, young men and women who have somehow survived have become victims of forced labour in China.

But how did it all start? Who are the Uyghur? What led to their suffering and why has China occupied their country, East Turkestan? In order to learn the answers to all these questions and to find the voice of the world’s most unheard community, you must read the books mentioned below. The Chinese Government is brutally suppressing our voice but we Uyghurs refuse to remain silent. 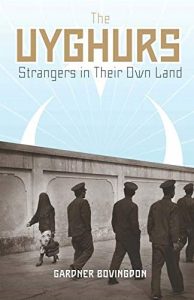 1. The Uyghurs: Strangers in Their Own Land By Gardner Bovingdon

In this book, author Bovingdon explores the struggles of the Uyghur community and their collective acts of resistance since 1949. He also showcases how the Chinese government has consistently resisted these efforts, countering repression and a sophisticated strategy of state-sanctioned propaganda emphasizing inter ethnic harmony and Chinese nationalism. The author has described fifty years of Uyghur discontent and the role of international organisations. Bovingdon argues that China’s portrayal of Uyghur activists as Muslim terrorist is flawed and in this book he draws a clear picture between Islamist ideology and Uyghur nationhood. 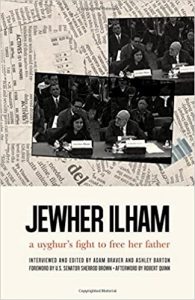 2. A Uyghur‘s Fight to Free Her Father By Jewher Ilham

This book is a tale of how a daughter transitioned from daddy’s little princess to a brave activist fighting for her father and her community. Ilham Tohti, Jewher Ilham’s father, is a renowned Uyghur scholar who always advocated harmony between Uyghur and Han people. Despite his peaceful efforts he was detained in February 2013 at the Beijing airport on charges of “separatism,”. Jewher was in the U.S when her father was sentenced to life in prison. This book is an intimate and exclusive portrait of Jewher recounting her father’s case and her own transformation into an activist. 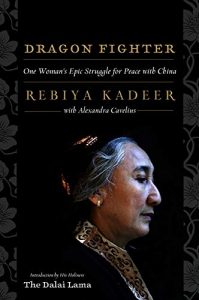 Rebiya Kadeer is one of the most respected and inspiring Uyghur leaders. Everyone who even slightly knows about the Uyghur struggle, knows her name. Through her courage, intellect and sacrifice she inspires millions of Uyghurs around the world and her indomitable spirit gives us hope that one day Uyghurs will be free. This book is an account of her journey to become the voice of a four-thousand-year-old homeland of a peaceful people, the Uyghurs. This book also introduces readers to the bright Uyghur culture which is filled with music, dance, family, and love of tradition passed down by storytelling through the ages. Her story revolves around various phases of her life as a refugee child, as a poor housewife, as a multimillionaire, as a high official in China’s National People’s Congress, as a political prisoner in solitary confinement for two of nearly six years in jail, and now as a political dissident living in Washington, DC, exiled from her own land. 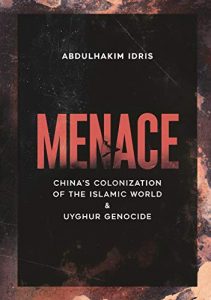 This book focuses on the current situation of Uyghurs , the response of the International community towards the issue and China’s denials on the whole topic. China has always denied the accusation of it carrying a genocide in the Uyghur region. On one hand, they deny these claims and yet on another, they refuse to let independent investigations take place in the region. The book also focuses on how Beijing is establishing a monopoly through its various projects and investments and how it is shaping its relationships with the countries. The author also discusses the role of technology, especially, artificial intelligence in enhancing Beijing’s hold on Uyghurs and suppressing Millions in their own homeland. 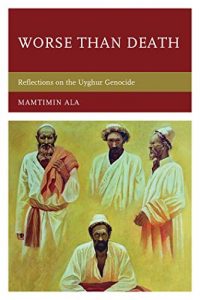 5. Worse than Death: Reflections on the Uyghur Genocide By Mamtimin Ala

This book allows you to see the current crisis from the perspective of a Uyghur himself. Mamtimin Ala writes about the diminishing Uyghur rights under the oppressive rule of Chinese Communist Party and how it has escalated. He delves into the cultural genocide of Uyghurs. Since Xi Jinping became China’s president, the Uyghur region has been converted into a police state. He has clearly defined his political agenda towards Uyghurs to implementing the Four Breaks intended to “break their lineage, break their roots, break their connections, and break their origins. It is under his rule that millions of Uyghurs have been abducted from their homes and kept in concentration camps. These camps treat Uyghurs like terrorists and force them to denounce Islam and brainwash them into forgetting their Islamic identities. It throws light on the present day sufferings and tortures that Uyghurs are going through and asks some tough questions from the world. 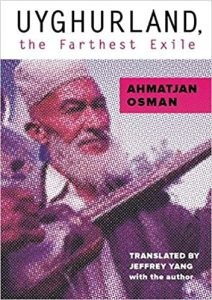 The Uyghur culture is studded with dance, poems, art etc. This book collects decades of Ahmatjan’s poetry in Jeffrey Yang’s collaborative translations from the Uyghur and Arabic. Born in 1964, Osman grew up in Urumqi and went to study abroad after the end of the Cultural Revolution. His poems describe his life in exile and the Uyghur issue. 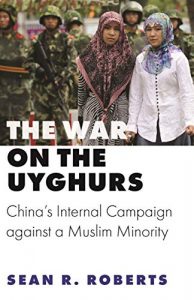 7. The War on the Uyghurs: China’s Internal Campaign Against a Muslim Minority By Sean R. Roberts

This book records how China has been using the September 11 attacks on New York and Washington to suppress Uyghurs. The Chinese Government has been using the incident as international cover for its ruthless and oppressive policies against the Uyghur Muslims. These policies have today led to the imprisonment of Millions of Uyghurs in concentration camps, have forced Uyghur children into becoming orphans and thrown Millions into forced labor. He argues that the reframing of Uyghur domestic dissent as international terrorism provided justification and inspiration for a systematic campaign to erase Uyghur identity and that a nominal Uyghur militant threat only emerged after more than a decade of Chinese suppression in the name of counter-terrorism–which has served to justify further state repression. 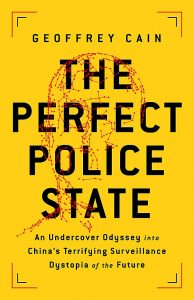 8. The Perfect Police State: An Undercover Odyssey into China’s Terrifying Surveillance Dystopia of the Future By Geoffrey Cain

Similar to Tibet, the Uyghur region has also been kept away from the eyes of the world. Independent journalists, foreign journalists are not allowed to gather reports from the region without police surveillance. Through this book, Geoffrey writes about his own investigation of the region and how China uses constant surveillance, police force to systematically destroy the Uyghur population. Geoffrey Cain reveals the extraordinary intrusiveness and power of the tech surveillance giants and the chilling implications for all our futures.