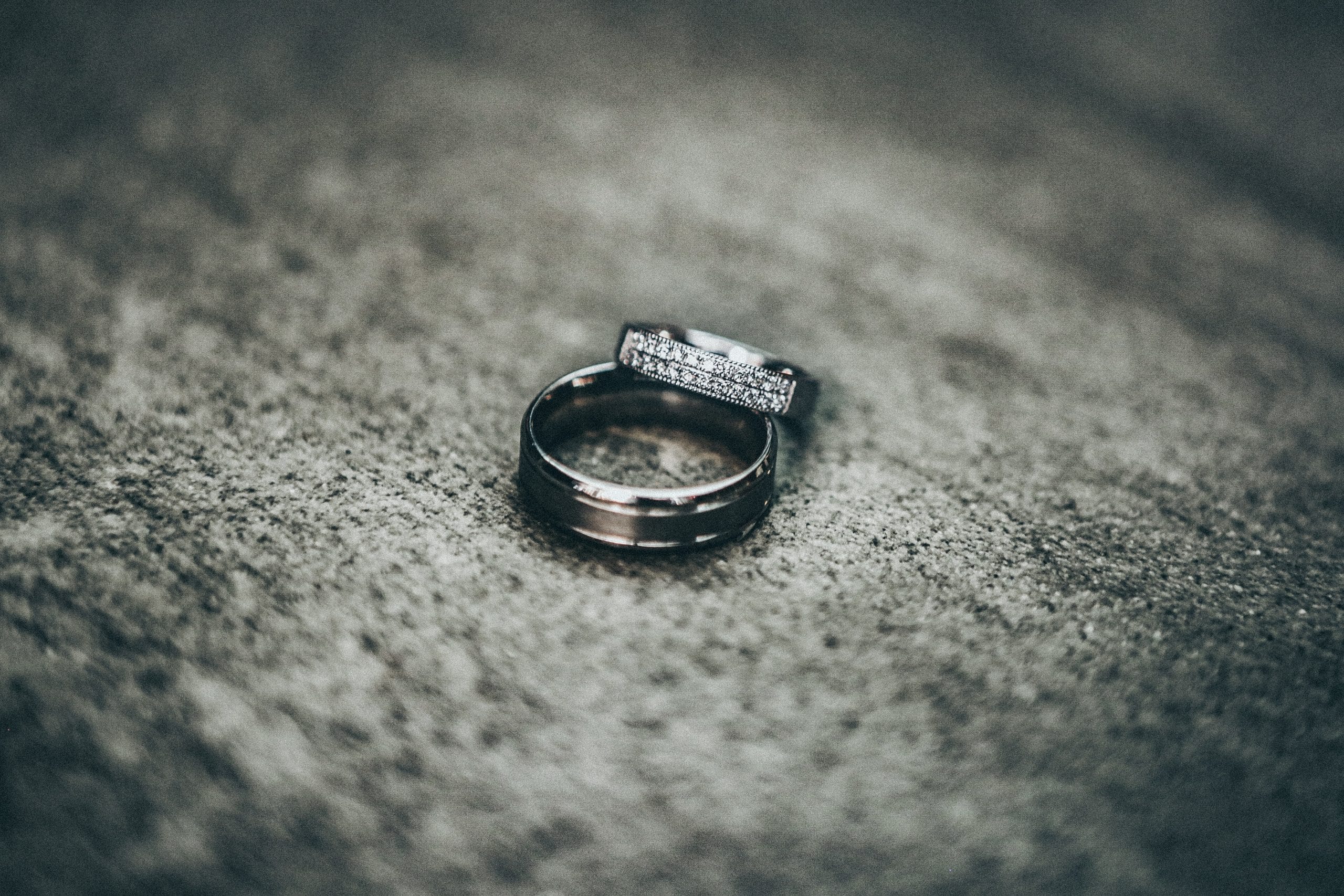 In the name of Allah

, the Gracious, the Merciful

The age of consent to sexual relations is not firmly established in classical Islamic law like it is in many Muslim and non-Muslim countries today. The appropriate age of sexual relations was set in traditional pre-modern societies by either individual families or local custom, often linked to signs of physical puberty like menarche and pubic hair.1Paula S Fass, Encyclopedia of Children and Childhood: In History and Society (New York, N.Y: Macmillan Reference USA, 2004), 45. Available from Gale eBooks.  The lack of consistency in this area of law is because societies throughout time and place widely vary in their circumstances, resources, concerns, and priorities.

There are many instances in history for which the age of consent and marriage is in apparent disagreement with modern norms and laws. The 12th century Decretum Gratiani, for instance, mandates consent at an undefined “age of discretion”2John T. Noonan and Augustine Thompson, Marriage Canons from the Decretum of Gratian and the Decretals, Sext, Clementines and Extravagantes (n.p., 1993), C. 30 q. 2. http://legalhistorysources.com/Canon%20Law/MARRIAGELAW.htm and acknowledges that sexual relations and marriage might occur as early as seven years. 3Ibid., Decretals of Gregory IX, book four, C. 3. Some Christian sources state that Mary was to be given in marriage to the ninety year-old St. Joseph when she was only twelve or fourteen.4Charles G. Herbermann, “St. Joseph,” in The Catholic Encyclopedia: an International Work of Reference on the Constitution, Doctrine, Discipline, and History of the Catholic Church (Knights of Columbus Catholic Truth Committee, 1913). https://www.newadvent.org/cathen/08504a.htm As late as the mid-19th century, the United Kingdom’s Offences against the Person Act legally allowed sexual relations with twelve year-olds.5Matthew Waites, The Age of Consent: Young People, Sexuality, and Citizenship (Hampshire: Palgrave Macmillan, 2005), 63. Around the same time in the United States, each state determined its own criminal law with age of consent ranging from ten to twelve years of age. It is only at the beginning of the late 19th century, spurred on by the Industrial Revolution’s rapid economic growth and technological development, that attitudes shifted toward setting the age higher and higher. 6Stephen Robertson, “Age of Consent Laws,” in Children and Youth in History, Item #230. https://chnm.gmu.edu/cyh/items/show/230

Therefore, it should not be surprising that the development of classical Islamic law into centralized state systems followed a similar trajectory as other societies.

Why is this issue important today?

Sexual relations are religiously unlawful in Islam in the absence of a contract of marriage or concubinage. Concubinage disappeared when the Muslim world martialed Islamic legal arguments to abolish slavery, 7William G. Clarence-Smith, Islam and the Abolition of Slavery (New York: Oxford University Press, 2006), 19. so consent is now only relevant to marriage. The question of consent to marriage is important to the modern context from at least two perspectives:

First, there is an ongoing controversy in regards to the practice of child marriage in some places in the Muslim world. 8See for example: Kasjim Salenda, “Abuse of Islamic Law and Child Marriage in South-Sulawesi Indonesia,” Al-Jami’ah: Journal of Islamic Studies. 54.1 (2016): 95-121. Classical Islamic jurists generally allowed a marriage to be contracted with a child, but not consummated through sexual intercourse until the child gained puberty or was physically ready to do so. 9‘Alī ibn Khalaf ibn Baṭṭāl, Sharḥ Ṣaḥīḥ al-Bukhārī (al-Riyāḍ: Maktabat al-Rushd Nāshirūn, 2003), 7:127. Ibn Baṭṭāl (d. 1057) writes, “The scholars agreed that it is permissible for fathers to marry off their young daughters even if they are in the cradle, except it is not permissible for their husbands to consummate the marriage with them until they are prepared to safely have intercourse.” While the classical law theoretically upheld the right of children to consent to their marriage upon reaching adulthood, external factors such as cultural and familial pressure can easily violate the spirit of these protections, if not the letter of the law itself. The Prophet

decreed that such a child must consent to the marriage before it can be consummated. 10Muḥammad ibn Ismāʻīl al-Bukhārī, Ṣaḥīḥ al-Bukhārī (Bayrūt: Dār Ṭawq al-Najjāh, 2002), 9:21 #6946. The ḥadīth is recorded under the chapter heading, “The forced marriage is not permissible.” See also: https://sunnah.com/bukhari:6946 Therefore, forced marriages are out of the question altogether, but the question still remains of what norms related to younger marriages that Muslims are most appropriate for them to adopt locally at the state-level in each country.

Second, the age of consent is brought up in anti-Islam polemics to allegedly demonstrate the backwards and ‘evil’ nature of Islam. Modern norms, at least in the West, have placed a stigma on sexual relations between “adults” (usually 18 years and above) and “adolescents” (usually 17 years and below). Voluntary sexual intercourse with a post-pubescent minor who is younger than the legal age of consent is legally punished as “statutory rape.” Such boundaries are appropriate for highly developed modern societies, but the rule in most of the world throughout time was based on local customs for good reason. As such, polemicists will cite the rulings of some classical Islamic jurists who allowed, or appeared to allow, sexual relations with girls as young as nine, which they claim is evidence that Islam promotes child abuse or ‘grooming gangs.’ Attacks of this nature permeate the internet, anti-Islam literature, and some political discourse, despite being based entirely on misinformed historical anachronisms.

No consensus age in Islamic law

There is no consensus in Islamic law around the age of consent to marriage or sexual relations, for the same reasons there was no consensus in the West or elsewhere. The Hanafi jurist Zayn al-Dīn ibn Nujaym (d. 1563) writes:

Islamic laws related to human-human interaction (as opposed to human-divine interaction) tend to be governed by social custom rather than explicit statutes from divine revelation. 12Taqī al-Dīn ibn Taymīyah, Majmū’ al-Fatāwà (al-Madīnah al-Munawwarah: Majmaʻ al-Malik Fahd li-Ṭibāʻat al-Muṣḥaf al-Sharīf, 1995), 29:17. Ibn Taymīyah (d. 1328) askes, “As long as social customs are not affirmed to be prohibited, how can they be judged to be forbidden? … The default principle of customs is permission, such that none are disallowed but what is forbidden.” Juristic and moral reasoning on the basis of general principles are often the determining factor in judging social customs to be right or wrong, appropriate or inappropriate. This flexible legal device was derived from the statement of the Prophet’s

, and whatever they view as evil is evil to Allah

That is, a society of Muslims has been delegated some authority to regulate their own social customs. For this reason, it is a valid opinion in Islamic law for a fixed age of consent to be set, or for it to be set by natural signs like puberty or physical development. Today, the majority of Muslim countries have opted to set the age of consent between fourteen and eighteen, although Bahrain is an outlier with a minimum age of twenty-one. 14

Regardless of one’s opinion on the age of consent, all classical jurists accepted in principle the illegality of causing harm to another person without a legitimate reason.15 Jalāl al-Dīn al-Suyūṭī, Al-Ashbāh wal-Naẓāʼir fī Qawā’id wa Furūʻ Fiqh al-Shāfiīyah (Bayrūt: Dar al-Kutub al-’Ilmiyah, 1990), 1:7-8. The Prophet

had issued a decree, “Do not cause harm or return harm.” 16Ibn Mājah, Sunan Ibn Mājah (Bayrūt: Dār Iḥyā’ al-Turāth al-’Arabī, 1975), 2:784 #2340. The jurists explicitly applied this principle to sexual relationships. Yaḥyá ibn Sharaf al-Nawawī (d. 1277), representing the Shafi’i school, states this as a necessary condition when discussing the rights of wives to living and maintenance, “If it is possible to have intercourse with her without harming her, he may do that. If it is not possible for him to have intercourse with her except by harming her, he does not have permission to have intercourse with her.” 17Yaḥyá ibn Sharaf al-Nawawī and Taqī al-Dīn Subkī, Al-Majmū’ Sharḥ al-Muhadhab ([Bayrūt]: Dār al-Fikr, 1991), 16:409. There is no valid interpretation of Islamic law, in any school of thought, that allows children to be abused in any way, sexually or otherwise. The Prophet

Islam was revealed to be relevant to all peoples in every time and place. The twin legal principles of permitting social customs in general, restricted by the imperative not to cause harm, allow some flexibility for Muslim societies to place appropriate boundaries to sexual relations as they continue to develop. It is not a coherent Islamic legal argument to claim that because the Prophet

married his youngest wife Aisha at age nine, that it is permissible or beneficial for Muslims to do so while they live in greatly different social circumstances. There are other considerations in the divine law that cannot be ignored. The issue of child marriage leading to abuse is of dire importance for Muslims to address and through consultation achieve some stable legal parameters appropriate to each region’s context.

At the same time, it is ignorant or disingenuous for anti-Islam polemicists to cite historical facts and classical juristic rulings out of context to vilify Islam and Muslims today. Many of these polemicists attempt to draw a straight line between these facts and the criminal behavior of some Muslims today, though no such direct connection exists in reality. The gross stereotypes born of this misinformation contribute to the ‘othering’ of Islam and Muslims, as well as unfair demands for collective responsibility or even hate crimes. 19Ella Cockbain and Waqas Tufail, “Failing victims, fuelling hate: challenging the harms of the ‘Muslim grooming gangs’ narrative,” Race & Class. 61.3 (2020):3-32. doi:10.1177/0306396819895727 A wider contextual analysis of classical texts, as attempted in this article, in tandem with appreciating modern realities should demonstrate that any proposed connection between classical Islam and contemporary criminality is simply tenuous at best.

Justin Parrott has BAs in Physics and English from Otterbein University, an MLIS from Kent State University, and an MRes in Islamic Studies from the University of Wales. He is currently Research Librarian for Middle East Studies at New York University in Abu Dhabi (NYUAD), Research Fellow for Yaqeen Institute, and Instructor for Mishkah University. He served as a volunteer Imam for the Islamic Society of Greater Columbus until 2013. He is currently the faculty advisor and volunteer Imam for the Muslim Students Association at NYUAD.