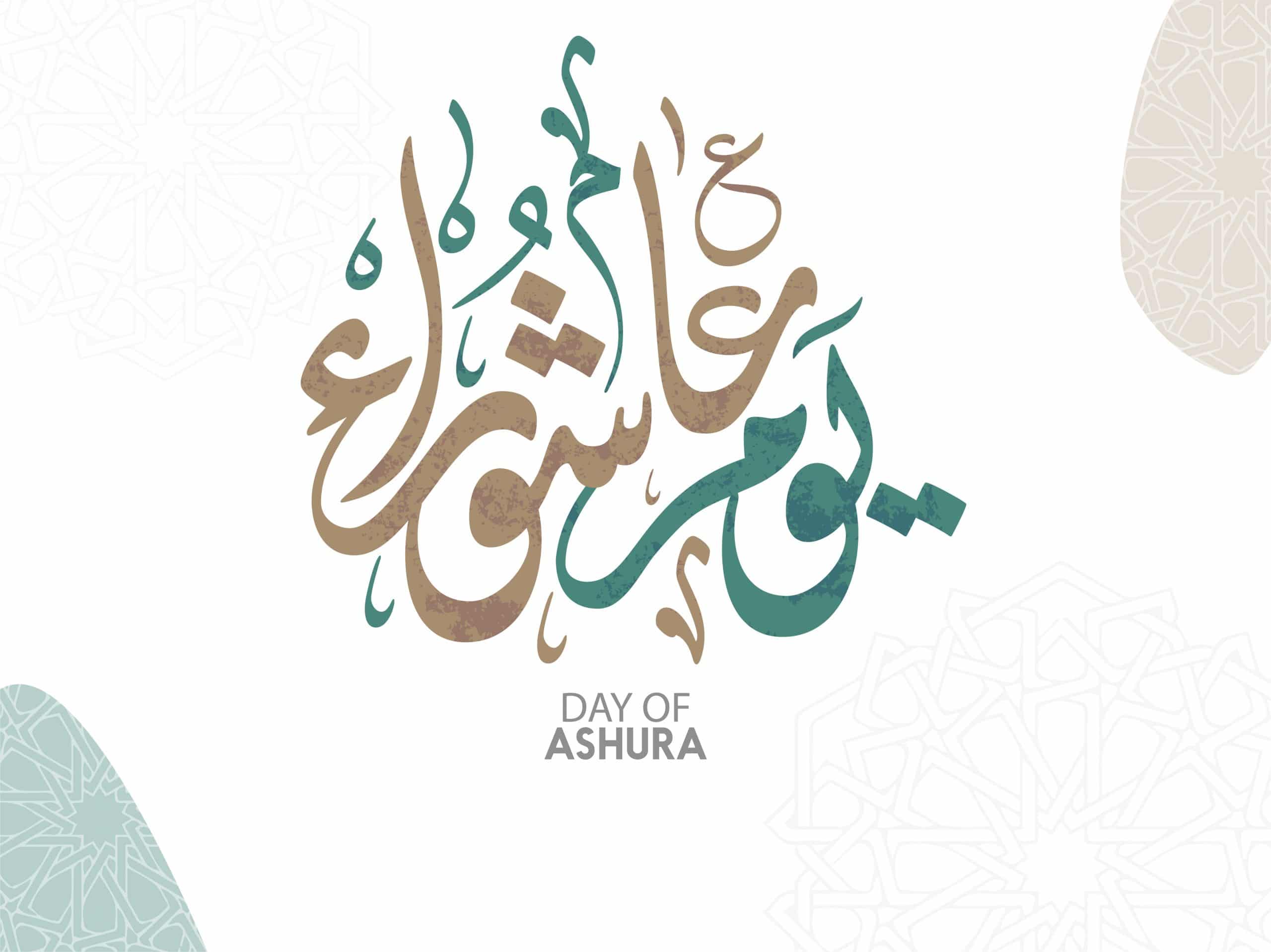 The month of Muharram has already begun, and ‘Ashura is upon us. Unfortunately, it feels as though each year, we grow more and more distant from the true importance of the month of Muharram and of its tenth day. With each passing year, we see more “Happy Islamic New Year!” announcements and “Every day is ‘Ashura, every day is Karbala!” slogans – pointing to a deeply problematic understanding of what exactly Muharram and ‘Ashura signify.

Who created the months of the year, and it is He alone Who chooses which of those months are sacred and which of those days are meant to be days of celebration and commemoration. In the Sunnah of RasulAllah

Muharram is one of those months, and is indeed the first of the Sacred Months of the Islamic calendar. Yet never did RasulAllah

or his Companions take the first day of the ‘Islamic new year’ as something to commemorate or make special note of. Rather, it is the day of ‘Ashura – the 10th of Muharram – that is marked as being of significant importance in Islam. (In short: “Happy Islamic New Year” is not a Sunnah. Everyone needs to chill with inventing new bid’ah every year.)

As for ‘Ashura, the 10th day of Muharram, it is a day that was specifically mentioned by RasulAllah

as being a day to be remembered.

arrived in Medina, the Jews were observing the fast on ‘Ashura (10th of Muharram) and they said,

“This is the day when Musa became victorious over Pharaoh,” On that, the Prophet

said to his Companions, “You (Muslims) have more right to celebrate Moses’ victory than they have, so observe the fast on this day.” [Bukhari]

He also informed the Sahabah: “Fast the Day of ‘Ashura, for indeed I anticipate that Allah

will forgive (the sins of) the year before it.” [Tirmidhi]

said: “There are four things which the Prophet never gave up: Fasting ‘Ashura’, (fasting during) the ten days, (fasting) three days of each month, and praying two Rak’ahs before Al-Ghadah (Fajr).” [Nasa’i]

shows that there was something truly unique about it. At the time of Musa

, Bani Isra’eel – the believers of that time – had suffered generations of oppression and injustice at the hands of one of the most genocidal tyrants of all time, the Pharaoh of Egypt. Bani Isra’eel had been enslaved and used for the most painful and backbreaking of labour; Fir’awn had their menfolk killed, leaving the women alive to be raped and tormented. Worse still, while Bani Isra’eel struggled in the depths of their torturous enslavement to worship Allah

alone, Fir’awn declared himself to be God, commanding all those around him to worship him. It was a devastating time of darkness, of oppression that had perhaps never been matched at such a scale before. The coming of Musa

and Bani Israel and opened their way to freedom, was a day where Allah’s

Promise was most visibly evident:

{…Truth has come, and falsehood has been extinguished. Indeed, falsehood is ever bound to vanish!} [Qur’an 17:81]

It is for this reason alone that the Messenger of Allah

commanded us to fast the day of ‘Ashura: as a celebration of the believers’ victory over Fir’awn, and as an opportunity for the expiation of sins. It is not, and never was, commemorated as a day of mourning for the martyrdom of Husain ibn ‘Ali

. Indeed, to claim ‘Ashurah, or the month of Muharram, as a time of grief and of performing rituals to commemorate that undoubtedly tragic event, is a blatant rejection of the Sunnah of the Messenger of Allah

. ‘Ashura remains for us a powerful day of reminder: that victory will only come to those who believe in Allah

, to those who struggle for His Cause, to those who obey Him fully, and to those who seek repentance for their own shortcomings. Then, and only then, will we experience the blessings of a victory like that of Musa

Even as it is absolutely necessary for us to understand that the act of ‘ibadah specified for ‘Ashura was with regards to Musa’s triumph over Fir’awn, it is also important for us to be aware of the later events of our Islamic history that took place on this day.

The story of Hussain ibn Ali

is not one that belongs to only a certain group of people; it belongs to the Ummah as a whole, and in particular, those who profess to be of Ahlus Sunnah wa’l Jamaa’ah – those who must, by necessity, love RasulAllah

and his Ahlul Bayt. It is extremely unfortunate that many of us have not been taught to understand the story of Husain

and his death in a contextualized manner; for either there is a tendency to shy away from speaking about the story of Hussain

out of fear of being associated with the Shi’a and the many bid’ah that have arisen related to the incident, or there is an exaggeration over what happened, those involved, and how we as Muslims speak of the tragic story.

As Muslims, we have an obligation to be honest to our history, to be true to it, and to learn from it – for verily, Allah

is al-Qaadir, the One Who decrees events to take place, and it is we who must understand the ayaat (signs) that He has placed in those moments.

, but in fact confirms it, and confirms the spirit of ‘Ashura. That spirit is one of struggle against falsehood, oppression, and injustice; and of victory.

stood against Fir’awn; as a humble Prophet with a community of former slaves facing the most powerful ruler of the time and his vast army of brutal soldiers.

stood against Yazeed ibn Mu’awiyah; the grandson of the Messenger of Allah

and his family members, facing the ruler of the Islamic empire at the time, and his vast army of soldiers loyal to his cause.

were military leaders, nor did they set out with military intentions. Their only intention was to speak truth to power; to stand against the oppression of the innocent, and to remind those in authority of the One with true power overall.

was given a clear victory against his enemy, little do we realize that Husain

was also given a victory of his own. Though he may have perished, though his family was captured, and though it was perceived that the political influence of Ahlul Bayt was destroyed, Allah

brought about an even greater victory through all of that: recognition for the rest of the Ummah, and for hundreds of years to come, that Allah

returns to Himself those whom He loves. Husain

died as a shaheed for the sake of Allah

, and he remains a symbol of courage, determination, and justice to us all.

In a time when we are seeing Muslims across the world being destroyed almost effortlessly, the tragedy of Hussain ibn ‘Ali

and his family members being massacred and captured is a story which we must remind ourselves of… not that we lose hope, but that we hold strong to it.

was killed, but Allah

alone is the Most Powerful. Victory in the sight of Allah

does not always mean that the enemies of Islam are immediately destroyed with a miracle, but that their destruction in the Hereafter will be eternal and all the more painful.

Ultimately, the day of ‘Ashura is a lesson to us all – not to mourn, but to rejoice over the ultimate victory of truth over falsehood, just as Musa

was given victory over the tyranny and falsehood of Fir’awn.