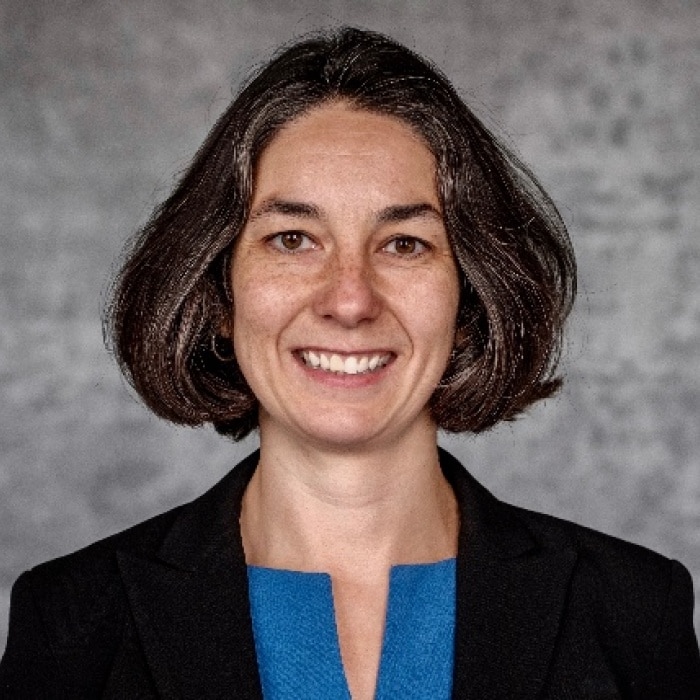 The last few weeks saw a major controversy erupt at Rutgers University that has made the reality of Hindutva fascism rapidly emerging as a major source of anti-Muslim bidotry in the West more apparent than ever. At issue is a campaign of vilification and intimidation launched against Dr. Audrey Truschke, Associate Professor of History at Rutgers. One of the few living historians who reads pre-modern Persian, Sanskrit and Hindi, Prof. Truschke is also a leading authority on South Asian cultural and intellectual history.

The campaign, ostensibly launched by a Hindu student body at Rutgers to complain about Truschke’s “Hinduphobia”, has the full backing of Hindu nationalist organizations who operate essentially as front organizations of Hindutva in the US.  While the case against Truschke is sought to be made on the basis of this perceived “Hinduphobia,” the real reason for demonizing Dr. Truschke goes much deeper and has to do with her  commitment to pursue scholarship without fear or favor.

The real reason for their ire?

While Dr. Truschke is clear that her ’s research has no political goals, it is widely perceived as remarkably effective in debunking the myths perpetuated by the grand revisionist project of India’s history, championed by votaries of Hindutva. This revisionism, parts of which were sought to be injected into the California school curriculum, perpetuates notions of Islam as a warmongering religion and India’s history as one of Hindu persecution and “genocide” under Muslim tyranny.

Particularly upsetting to the Hindu supremacist mindset is Dr. Truschke’s scholarship on Aurangzeb, that has authoritatively demonstrated the idea of the Mughal emperor as a mass murderer of Hindus is a fallacy. While Dr. Truschke’s book on Aurangzeb does not flinch from highlighting his failings, her refusal to straitjacket him as a religious tyrant has earned her the opprobrium of Hindutva fanatics, both in India and the US. As if this was not enough, Dr. Truschke stirred up a veritable hornet’s nest last year, when she publicly stated that Hindutva, the political ideology, has roots in Nazism and Fascism. There were complaints to Rutgers and an online petition urging the government of India to revoke her Indian visa.

This time however, the trolling and vilification has become more desperate, with threats made against Dr. Truschke and her family, and rapidly evolving into a vile campaign against Islam and Muslims that has alarmed Muslim students who are now concerned about their own safety on campus.

Many of the accounts tweeting hate against Rutgers and Dr. Truschke are actually fake accounts created solely for the purpose of perpetuating this bigotry. However, several Indian Americans and their fellow Islamophobes in the US have taken this as an opportunity to unload their vitriol against Islam and Muslims. Indeed, India’s Islamophobic Hindu supremacist movement has now managed to rope in American right-wing racists such as Mike Cernovich and Robert Spencer. This is not surprising given the goals of Hindutva in India are akin to those of white supremacists in the West. Anders Behring Breivik, the Norwegian terrorist who killed 77 people in 2011, had hailed India’s Hindutva movement as a key ally in his manifesto.

Anders Behring Breivik, the Norwegian terrorist who killed 77 people in 2011, had hailed India’s Hindutva movement as a key ally in his manifesto. Click To Tweet

To their credit, Rutgers has come out in full support of Dr. Truschke and her freedom to pursue scholarship, while and calling for an end to the vile messages and threats directed at her. Separately, a letter signed by Rutgers faculty as well as academics from across the US categorically stated, that “a critical examination of Hindutva, a political ideology, is not the same thing as Hinduphobia” and defended Prof. Truschke’s critique of the former in how it threatened the safety and security of minorities in India. In a remarkable build-up of further support for Dr. Truschke, over two dozen US and international civil rights organizations expressed solidarity with her, highlighting the fact that Dr. Truschke’s integrity scholarship and erudition was beyond any question and that the real reason for this vile campaign of harassment was her advocacy against Hindutva.

So far Rutgers has withstood pressure to curtail Dr. Truschke’s work in any way, based on the wild allegations of Hinduphobia made against her. While it is critical for students of all faith communities to be able to profess and practice their faith without any fear or intimidation, allegations that Dr. Truschke teaches discrimination against Hindus are baseless and an affront to all who know her both in her professional capacity and as a person. Moreover, such allegations fly in the face of Dr. Truschke’s very public advocacy for peace and pluralism.

Hindutva, a supremacist ideology that is distinct from the religion of Hinduism, has been the driving force behind violent attacks on religious minorities particularly Muslims.Click To Tweet

Hindutva seeks to subvert India’s polity from its secular democratic moorings, into a Hindu majoritarian state where Christians, Jews, Muslims, Dalits and other minorities are relegated to the status of second-class citizens. It is the same ideology that spurred the assassination of Mahatma Gandhi. Hindutva’s existential links to Nazism and Fascism are well-known, and openly acknowledged by its ideologues in their writings. Golwalkar, a founder of Hindutva’s paramilitary organization RSS, infamously expressed his admiration for Nazi Germany in the following words: “Germany shocked the world by her purging the country of the Semitic races – the Jews. National pride at its highest has been manifested here. Germany has also shown how well-nigh impossible it is for races and cultures, having differences going to the root, to be assimilated into one united whole, a good lesson for us in Hindustan to learn and profit by.”

It is clear that Dr. Truschke’s scholarship is a serious impediment to the Hindutva revisionist project, and casting aspersions on her intellectual integrity is critical to the larger Hindutva supremacist movement. Indeed, those campaigning against Dr. Truschke appear to have taken their cues from proponents of Hindutva in India where intellectuals and independent journalists are being silenced, in some cases through physical violence, including murder. Needless to say Islamophobia and Muslim baiting are an integral part of this violent campaign, both in India and the US. Prof. Truschke is in the company of other renowned historians of India such as Dr. Romila Thapar and Prof. Irfan Habib both based in India, as well as journalists, activists and whistleblowers, who are all bearing the brunt of the Hindutva ire against their truth-telling. Not surprisingly, India ranks 142nd on the global press freedom index.

Hindutva is an active player within the Islamophobia ecosystem in the US, and American Muslims can ignore this reality only at their own peril.Click To Tweet

The fact that Prof. Truschke’s rigorous research is inconvenient to the Hindu nationalist cause is precisely the reason why it is important for Rutgers and the academic community to defend her work and her right to take it to the masses in the US and beyond. The pernicious impact of Hindutva in the US goes beyond serving as apologists for persecution of minorities in India. Hindutva is an active player within the Islamophobia ecosystem in the US, and American Muslims can ignore this reality only at their own peril.

Hijab In The White House