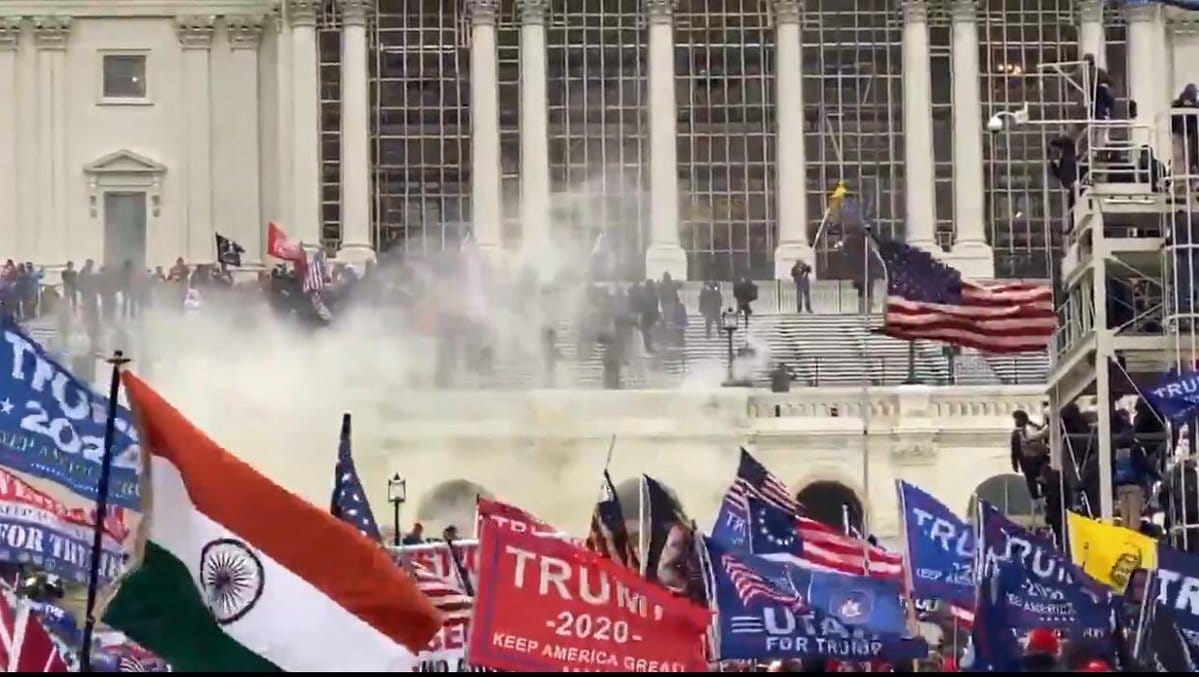 Charles de Gaulle, the French President who led his country against Nazi Germany once famously said,”Patriotism is when love of your own people comes first; nationalism, when hate for people other than your own comes first.”

This stark contrast between patriotism and nationalism is now more apparent than ever, with the latter resurgent around the world in a way that calls into question the sentiments millions of people who love their respective countries, races and religions have for each other. Is it love for “our people,” or hate for “others?”

The events at Capitol Hill on January 6 have been called an assault on democracy by a riotous mob and a fascist act incited by a rogue President. While these descriptions may be accurate, they do not identify the emotion that motivated hundreds of people from around the country to assemble at Capitol Hill, to engage in violence while on camera, and to put their own lives and livelihoods on the line in order to prevent what they were led to believe was a grave injustice. That underlying emotion was one of hate and indignation, and it was building up long before Donald Trump became President. Trump only accelerated its growth, serving as a catalyst to help it reach a tipping point until it found expression in the violence last Wednesday that claimed five lives.

The Capitol Hill attack, while rightfully considered as a dark chapter in US history, did not happen in isolation. The mainstreaming of far-right ideas once espoused only by fringe groups, is part of a global pattern of several countries gravitating towards virulent forms of nationalism. From the popularity of the rabid Hindu nationalist government in India and the rise of Buddhist “nationalist” forces cheerleading the genocide of the Rohingya in Myanmar to the Ku Klux Klan finding common cause with the US President, hundreds of millions of people around the world are now increasingly identifying with (and voting for) a narrative that involves somehow restoring a “national glory” whose loss can be attributed to the “others,” usually immigrants, minorities and people of color.

The fact that millions of Trump voters continue to believe the election was rigged is not unrelated to the fact that the QAnon conspiracy theory movement, regarded by the FBI to pose a domestic terrorism threat now has their first elected representative to the US House of Representatives. Like the canard perpetuated by Hindu nationalist forces that 200 million Indian Muslims are “traitors” to their country, some of whom were marrying Hindu women as part of a “Love Jihad” campaign to subvert Hindu society, the QAnon movement has managed to get an online following of people who believe Trump is up against a cabal of Satan-worshipping, cannibalistic pedophiles that is running a global child sex-trafficking ring. In the age of fake news and social media, the megaphones of falsehoods and smear campaigns are louder and more powerful than ever, and they threaten not only law and order, but the very idea of what is meant by popular will.

Should we be intimidated by the support that “strong men” like Trump and Modi enjoy in their respective countries, or question the underlying falsehoods that catapulted these men to power?

Is Aung San Suu Kyi’s tacit support for the Rohingya genocide, including a defense of Myanmar at the International Court, somehow less alarming because she continues to be extremely popular in Myanmar?

In so much as these leaders came to power through democratic elections, with each having an ardent following of millions willing to take to the streets for them, they represent the will of their supporters. In that sense, even the shameful assault on the Capitol was, in the words of John Harris of Politico, “a perverse expression of democracy.”

There is one thread that is common to all nationalist movements, from Nazism in World II Germany and Hindutva in India to the white supremacist forces in the West.Click To Tweet

However there is one thread that is common to all nationalist movements, from Nazism in World II Germany and Hindutva in India to the white supremacist forces in the West. It is a reliance on narratives that weaponize real or perceived grievances, on a revisionism of history that holds the “other” responsible for practically everything that ails the Republic and that falsely claims that the solutions to the country’s complex problems are predicated on a subjugation of its minorities.

Unfettered social media has amplified these hateful ideologies that have each been built around a web of lies and deceit. While these have varied causes, the effects on their victims follow very similar trajectories. Alienation, discrimination, demonization and far too often, horrific mass violence. Hate speech may be as old as the human race, but the means to amplify and disseminate it to a global audience have never been as powerful and its effects never as lethal as they are today. There exists ample evidence in the public domain that incendiary rhetoric online, especially by influential groups and individuals, has led to actual violence that has destroyed countless lives in India, Myanmar and other countries. It is not surprising that the “aggrieved” majorities in these countries are joining hands, as outlined in a New York Times article in 2014 titled “Deadly Alliances against Muslims.”

While people of conscience around the world agree on the need to challenge these false narratives, it is important we discuss the terms of such a challenge, if it is to even make a dent in the trajectory of these hate movements. To say that the rioting “nationalist” mob at Capitol Hill last Wednesday was driven by sentiments of hate is stating the obvious. The harder question is how we can rise above hating them! To retreat into our safe spaces where our perspectives are driven by a shared set of facts is easy. To confront the larger problem, of how fake news and the widespread abuse of social media are pushing false narratives which in turn fuel hate and anger, is hard.

Thanks to exposes of Facebook’s corrupt handling of hate and Islamophobia, two of which were published in the Wall Street Journal and one in Time, the public is now aware of the multiple failures of ethics and legality at the social media giant. However, this is not even scratching the surface in terms of how false narratives are purposefully disseminated over time, in ways that they become part of the discourse. A massive study of fake news undertaken by MIT found that falsehoods consistently dominate the truth on Twitter. The study analyzed 126,000 stories, tweeted by 3 million users over 10 years. “We must redesign our information ecosystem in the 21st century,” declared a group of 16 political scientists and legal scholars in an essay published in Science.

There are no winners when hate and falsehood become pervasive. The genocide of Rohingya has not brought prosperity to Myanmar, and the demonization of Muslims in India along with countless lynchings has not helped the country avert a record fall in its GDP.  It is therefore important for people of conscience around the world to rally around the goal of defending every citizen’s right to the truth. Fake news, social media and hate are a lethal combination, and left unchecked, they can collectively devour everything that defines our humanity, including our God-given mandate to discern truth from falsehood.

Hating and demonizing those who attacked Capitol Hill may help some of us let steam out in order to deal with the trauma of recent events. In the larger scheme of things however, it is our ability to strategize around long term initiatives and effective coalitions and to use our limited resources in ways that can have the most impact that will determine how this challenge to humanity is ultimately defeated. In other words, it is our tenacity in defending the truth and courage in taking on falsehoods that is facing a test.

Musaddique Thange is a writer and community activist, focusing on interfaith understanding, human rights and religious freedom. He lives in Southern California where he has been engaged in social services for the last 10 years.