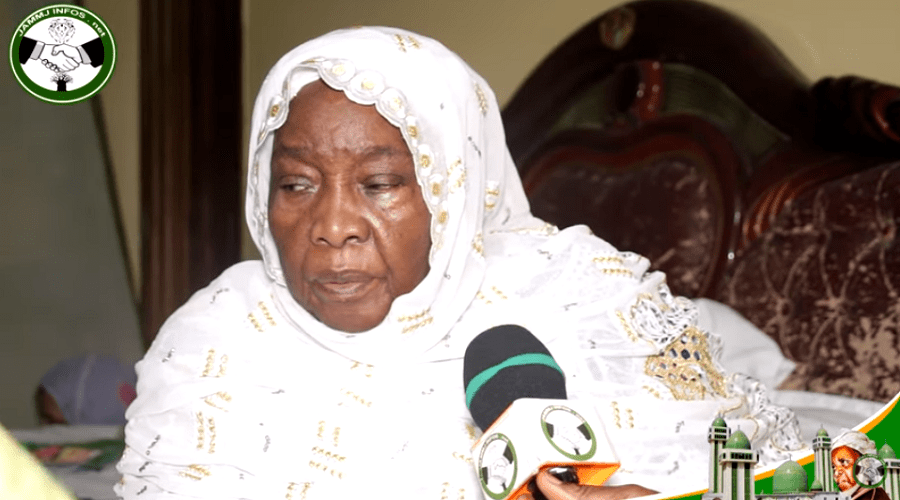 “[W]hen I barely knew how to speak Wolof, my mother tongue, I had been enrolled in a school to learn Arabic and the Qur’an. As it turned out, the school had no classroom. Schooling took place in the yard of our family home in Dakar, and the teacher was none other than my own mother [Shaykha Mariam Niasse]. Part of a clerical family, my mother started her own school as soon as she got married to my father and settled in Dakar, the capital city of Senegal, in 1951. Between 1959 and 1961, I attended the Quranic school exclusively. It operated five days a week; Wednesday afternoons, all day Thursday, and Friday mornings were times of rest. Thus, after I enrolled in the Clemenceau School in 1961, I had to commit to two systems of education. The French school was important because it led to the award of a degree and recognition, and the Quranic school because it shaped its students sense of belonging to a Muslim personality.

Like my siblings, I pursued Islamic and Western education simultaneously. I woke up around 6 am to perform the first of the five daily Muslim prayers and then to study a set of verses of the Quran at home; at 7:45 am, it was time to walk to Ecole Clemencaeu. At noon, the beginning of the break at Clemenceau, I returned home to resume Quranic studies and have a brief lunch. At 2:45 pm, it was time to walk back to Clemencaeu. The school day at Clemenceau ended at 5pm. But at 5:15 pm, when I arrived home from Clemencaeu, I would right away resume Quranic studies until the Muslim prayer of Maghreb, or sunset, around 7pm. Right after the prayer, I would do my public school homework with the help of my older siblings, I would have a short fifteen minute break for dinner and would go to bed between 10 and 11 pm after completing my homework. On Saturdays and Sundays and during the other school holidays such as Christmas and Easter (two weeks each), and over summer break (three months), I studied the Quran full time.

When did I rest? Only at night! There was no other time to rest. My greatest childhood regret is never having learned to play soccer, a very popular sport in urban Senegal in the 1960s.”

This was the environment that Ousmane Kane, the son of Shaykha Mariam Niasse, was cultivated in, as he recalls in his book, Beyond Timbuktu. Today, he is a professor of Islamic Studies and African and African-American Studies at Harvard University. It is in meeting this man at the beginning of my graduate studies that I was exposed to the life of his mother, and to the life of his luminary family.

Born on December 24th, 1932, Shaykha Mariam Niasse returned to Allah on December 26th, 2020, at the age of 88. She spent her life immersed in Quranic education, producing tens of thousands of huffaz (those who have memorized the Quran) within her Quran school in Senegal.

She was the daughter of Shaykh Ibrahim Niasse, who was one of the most influential Islamic scholars of the 20th century, and considered by many to be the Mujaddid of his time. Shaikh Ibrahim founded the Muslim World League with Abu Alaa Mawdudi of Pakistan and King Faisal of Saudi Arabia. He was known as the only person who could scold Egyptian President Gemal Abdel Nasser and get away with it. He also spoke out against many of Abdel Nasser’s unjust actions such as his killing of Sayyid Qutb. Shaikh Ibrahim would often take his daughter, Shaykha Mariam with him during these travels. As a result, she developed close relationships with many prominent leaders around the Muslim world. Later on in life, she would leverage these relationships to resolve conflicts between Senegal and Iran, as well as Senegal and Sudan.

Her Islamic education came at the hands of her erudite father. Her father would tell her and her sisters to leave housework and instead call upon them to study the Islamic sciences with him. She memorized and studied the Islamic sciences under her father. She eventually married his student Oumar Kane, and then established the “Dar Al-Quran Ecole Sheikha Mariama Niasse” in Dakar, a school that houses 1300 students. As a result of this, she became known as “Khadimatul Quran” (Servant of the Quran).

We ask Allah to reward Shaykha Mariam for the great service that her and her family have done to the cause of this Ummah. As we bid farewell to one of the greatest women of our Ummah, we ask Allah that she be raised to the highest levels of Heaven, and that we accompany her there. We also ask Allah that we can follow in the actions that she did on this Earth.

said that “The best amongst you are those who learn the Quran and teach it.”