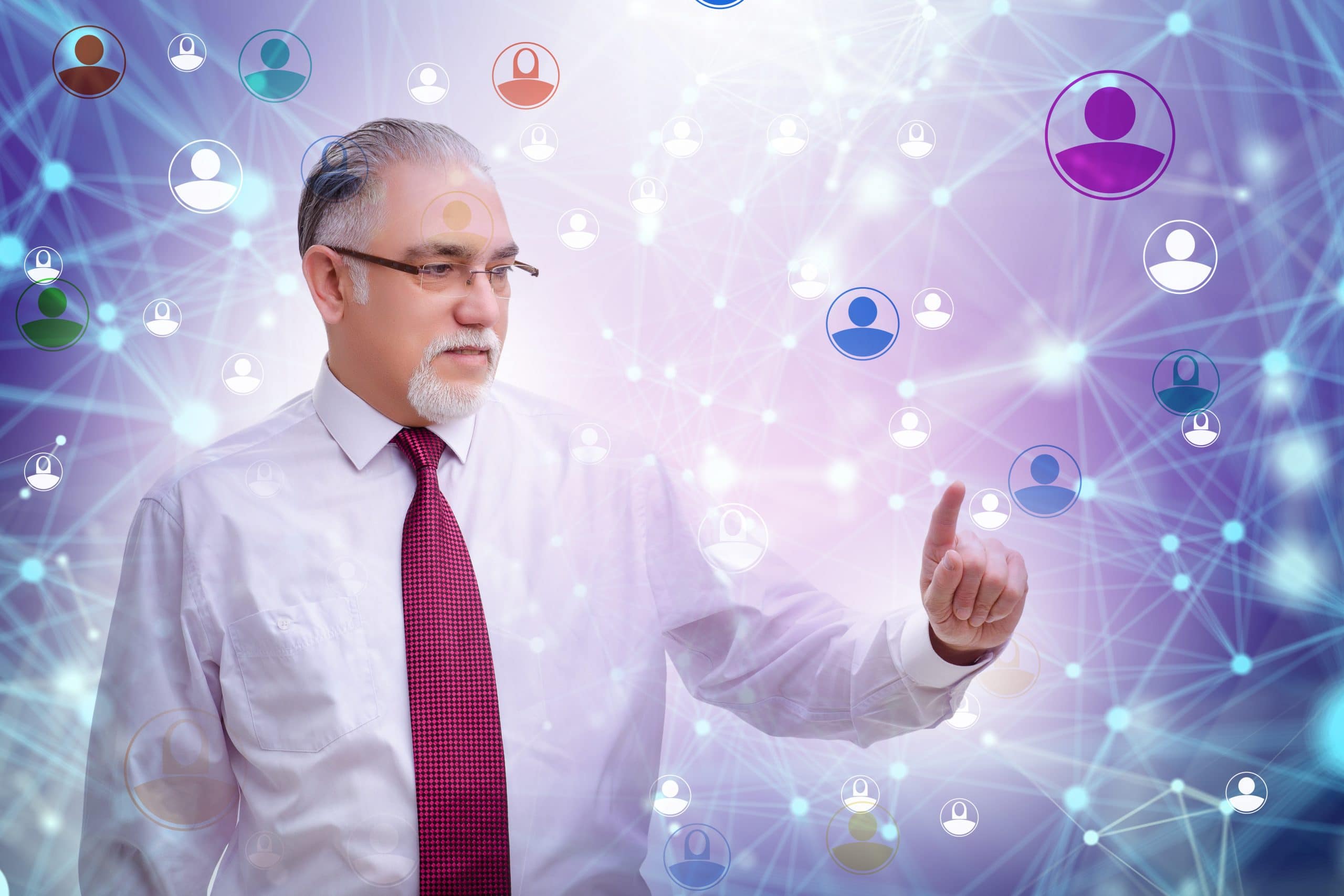 How do you live a religious life when religion feels far away and inaccessible to you? For me, growing up in Britain, I came across plenty of Muslims like me. It wasn’t that we didn’t care about our faith or take Islam seriously. It’s that we had no idea how to integrate the Islam on offer with the realities of our lives. Many of my peers stopped attending the mosque not because they didn’t want to be Muslim, but because the Muslim life that existed around them was designed for another place and time.

While the picture has changed somewhat with a global pandemic, some of these original problems still remain.

I, for one, grew up within five minutes walk of a mosque, but felt unexpectedly disconnected when I moved to an area that didn’t have one. My desire to be connected to my faith traditions did not disappear – the gap just felt wider than ever before. And, I am not alone. For a variety of reasons, fewer than twenty per cent of British Muslims and fewer than ten per cent of American Muslims regularly attend a mosque. (That’s before the pandemic, by the way.)

These lacklustre numbers, however, do not reflect a lack of religious enthusiasm or commitment on the part of many Muslims. It’s rather that mosques can often be unrelatable or inaccessible, whether physically, spiritually, or emotionally. In some cases, mosques can be downright unwelcoming.

The more I talk to family, friends, and fellow Muslims, the more I notice a worrying pattern. It’s not that Muslims don’t want their religion to be a vital part of their daily lives, but that their institutions don’t always work for them. And there’s apparently nowhere else to go for authentic, reliable, and trustworthy religious life services. And the modern reality is that, like many of you, I have friends and colleagues all over the world. When they ask me for help or a recommendation, sending them to a brick and mortar mosque down the road doesn’t even begin to cut it.

Meanwhile, the very people who can best provide the religious services Muslims long for don’t know how to reach the people they can serve.

The great crisis afflicting modern Muslim communities is one of connection.

Or rather, the lack of it.

I turned to technology to help solve this problem, creating a website that will be the “mosque” more Muslims wish they had. This simple gesture, of connecting Muslims looking for religious services with the Muslims who are best qualified to provide them, will revolutionize Muslim life across the world. It’s called ImamConnect. You might think of it as an ‘Uber for Imams’ but that doesn’t do justice to the service, the connection, or the vision we’re building.

“And help one another in goodness and piety”

ImamConnect is a digital platform that’s designed to be accessible to a wide range of users, with different backgrounds, needs, and priorities. It’s a one-stop-shop, a place where users can find qualified, vetted experts to meet their religious life needs, offering services like marriage ceremonies, advice on wills and guidance on inheritance laws, as well as religious classes, like Qur’an tutoring for the young and the old–and so much more.

Developed by a team of Muslim communications experts, entrepreneurs, technologists, and community leaders based in Brussels, London, Granada, Kuala Lumpur, and New York, ImamConnect launched with over 70 background-checked service providers offering their expertise from countries around the globe, like Australia, Canada, Malaysia, Singapore, the United Kingdom, and the United States.

Religious service providers create profiles with their relevant information, which we carefully background check. They list out what services they can provide and how much they charge. Users visit the website and simply enter what they’re searching for. ImamConnect presents them with a list of the experts who offer requested services.

Whoever they are, we hope to help provide them with exactly what they need.

They can find scholars, specialists, and experts who know their context, their local customs (‘urf), their realities and circumstances—people who have religious authority and nuance, who would be the right pick to provide, say, premarital counseling to a mixed-race couple, or a pair of new Muslims negotiating relationships with families that maybe aren’t fully onboard with their life choices yet. The kinds of challenges that, unfortunately, a lot of communities don’t have the on-the-ground resources to provide.

For now, of course, all services have to be virtual, but when circumstances permit, users will be allowed to book in-person services, too.

What makes us different from many community institutions, however, isn’t just our global reach or intuitive accessibility.

It’s the vetting and the variety.

“And of His signs is the creation of the heavens and earth, and the diversity of your languages and colours. There truly are signs in this for those who know.”

Background checks are critical components of the ImamConnect service, ensuring that the religious service providers on offer are free of any history of fraud and criminality. Vetting is intended to ensure users can feel physically, emotionally, and spiritually safe with their service provider.

On top of that, users have a menu of religious service options. We acknowledge and celebrate our communities’ diversities. Mindful of the amazing pluralism that characterizes modern Islam, ImamConnect welcomes religious service providers from a variety of backgrounds, from conservative to contemporary, liberal to traditional, and including Sunni and Shi’a Muslims, among others. This not only means that religious service providers from diverse traditions can connect to the individuals most in need of them, but also that users are no longer limited to the services available in their neighbourhoods.

“The whole Earth has been made a Mosque”

People have many questions, naturally. For one, people ask if we won’t just enable people to engage in fatwa-shopping, as opposed to the robust values they should aspire to. I think that’s an unfairly pessimistic characterization of our communities. People look for communities that help them grow and foster a sense of belonging. When they become disillusioned by institutions around them, it’s often because these institutions offer them no point of entry, no way to begin connecting. And a chief motivation of mine has been that I fear Muslims today are losing touch with our Islamic traditions due to this inaccessibility.

Indeed, as it turns out, ImamConnect is a valuable resource for scholars themselves, whether looking to increase their learning or find independent revenue streams, which would give them the autonomy and liberty to pursue research and studies they deem to be of value to the community. In the absence of well-endowed institutions that can offer research fellowships, ImamConnect has the ability not to undermine scholarship, but to enrich it and enable it.

Another concern people may have is whether we’re undermining mosques. The fact of the matter is, we haven’t received any pushbacks from mosques—because our model is not a combative or confrontational one. Where we can, we seek to be complementary and collaborative. Where there’s simply no alternative, then we present ourselves as the obvious choice, but by emphasizing what we can do, not what others do not.

It would be ideal, of course, if local mosques welcomed and embraced pluralism, and had the resources to meet the broad spiritual needs of their diverse communities, but this is not always or even frequently the case. Muslims should not be forced to go without religious life services because of no fault of their own. Excitingly, however, we have received offers of interest from community institutions like mosques, who see the potential in what it is we are trying to do.

Many mosques, for example, want to make themselves more accessible to their communities, but lack the know-how or the bandwidth. They recognise ImamConnect as a service that can bring their staff into better and easier contact with their local communities, and potentially, well beyond that in a tech-savvy way. During a time of pandemic, this is especially valuable.

The potential for applications is vast. And rightly so.

To those who argue that the failure of our communities to serve the needs of our people can be attributed to a fundamental flaw in our faith tradition, I beg to differ. This is a tempting and false narrative. I am an optimist. I believe that many of our problems can be solved by simple solutions, if only we have the wherewithal, wisdom and foresight to pursue them.

When the circumstances surrounding our religious life are holding us back, or holding us down, we need the tools to go around them. ImamConnect is that kind of technology. It’s an answer to an ongoing prayer, a way for Muslims of all backgrounds to connect with the resources they’ve been looking for but for too long have been unable to find–or avail themselves of. ImamConnect is like ‘Uber for Imams,’ yes. That’s an easy way to describe a service with transformative implications.

Instead of going to the mosque, which manifestly isn’t working for many Muslims in many parts of the world, why not bring the mosque or the imam to you?