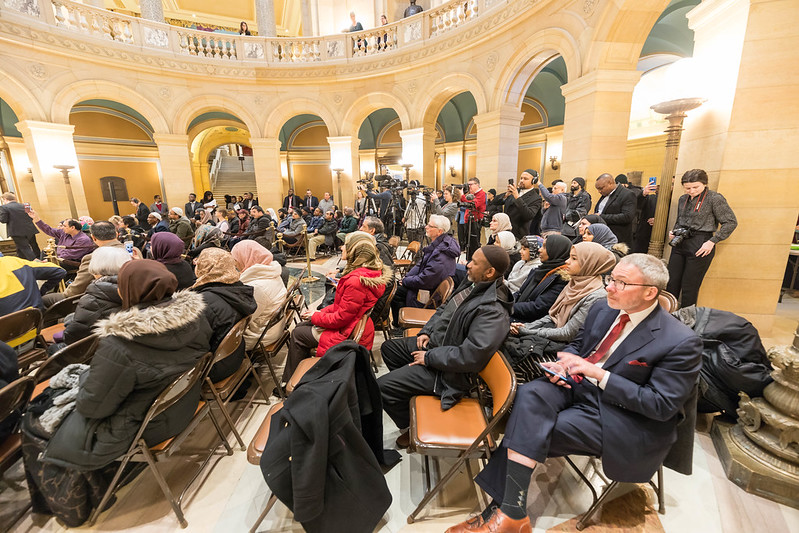 Some Muslims are convinced that participation in the elections is forbidden. Some even worry that engaging in politics might cause someone to become a kāfir, because it is a matter of walāʾ. Their argument is that participation necessitates approval of and allegiance to unbelief, and thus this makes participants unbelievers. The main verse cited to reach such a position is that Allah, the Exalted, says: “Let not the believers take the disbelievers as awliyāʾ against other believers.” The claim that this verse prohibits Muslims from partaking in political engagement in non-Muslim countries is immensely consequential to our communities, and so we should take care to understand this ayah in detail.

We must first consider the meaning of the word ‘awliyāʾ. It is the plural of the Arabic word waliy. Many English translations of the Qur’an translate this word as “friend,” causing us to understand the ayah above as prohibiting us from taking the disbelievers as friends. But this meaning would directly contradict multiple verses of the Quran and the well-established practice of our noble Messenger ﷺ.

Clearly we need to examine this verse more carefully. Most dictionaries variously translate the Arabic word waliy to mean custodian, protector, helper, or authority. Typically a waliy is someone who has responsibility, allegiance, or authority over somebody else. For example, in Islamic law, a father is titled the waliy of his children. The word wāli, which is a derivative of the same root, is also used as an administrative title such as governor or magistrate of a place or region.

My preferred English word for the Arabic word waliy is “ally.” The word is used in English to describe two separate individuals or parties who participate in favor of each other. This word best fits the Quranic context for the word waliy.

But the word “ally” can apply to both the superior party and the inferior. Consider two countries who are allies in defense and military matters. While one might be stronger, more powerful, and even dictate its demands to the other, they are still allies with one another. And Allah

is far greater than any such comparison.

describes Himself as the waliy of the believers, it means that we seek His continual guidance, help, and protection. Our role and responsibility in this alliance is not the same, as nothing we do can ever benefit or harm Allah. Allah makes it clear that He is not in need of our protection or assistance, as He is All-Powerful and free from any weakness. We express our allegiance to him through our worship, obedience, reverence, and love. The awliyāʿ of Allah are those who dedicate themselves to perfecting these duties.

Clearly the alliance the believers have with Allah is completely unequal since there is no similarity between the Creator and the creation. While we take Allah as our ally out of our incompetence and dependence, He chooses us as allies purely out of mercy and kindness. And we desperately beg Allah to remain our ally, and to permit us to be allies of Him.

With this understanding of the word waliy, we can now better analyze the verse in question. Notice how the verse’s prohibition against taking unbelievers as allies is not unqualified; it specifies that we must not do so against other believers. We understand from this that it is permitted to make a treaty with unbelievers as long as it does not harm our fellow believers. Our beloved Messenger ﷺ himself did this when he entered Madinah and made a treaty with the two major tribes of Aws and Khazraj, and with more than a dozen minor tribes pagan and Jewish tribes. The Muslims were expecting major attacks from the idolaters of Quraysh, and so their alliance with neighboring tribes was in the interest of the Muslim community as a whole.

This immediately forces us to question the validity of the military alliance between Israel and Egypt that deprives the people of Gaza of basic necessities. It is this sort of arrangement that the verse seems to warn so starkly against. Let those who partook take heed, as the verse ends with a stark threat: “And Allah warns you of Himself.”

Muslims can be friends with non-Muslims. Muslims can ally with non-Muslims. But a Muslim may never harm another Muslim. “It is enough of an evil for a person to belittle his Muslim brother. The entirety of one Muslim is sacred to another—his blood, his wealth, and his honor.”

And to Allah belongs all good.

Let not believers take disbelievers as allies rather than believers. And whoever does that has nothing withAllah, except when taking precaution against them in prudence. And Allah warns you of Himself, and to Allah is the destination.

Quran 2: 25  7ِماِتإُُّظلْخِرُجُهمِمَنالَمنُوايُِذيَنآَُّّيالََّّللاُئَِكَوِلٰولََُماِتۗأُُّظللَىالُِهمِمَنالنُّوِرإْخِرُجونََّطاُغوُتيُْوِليَاُؤُهُمالَُرواأِذيَنَكفَََّهلاَىالنُّوِرَۖوالِرُۖهْمِفيْصَحاُبالنَّاَأَخاِلدُوَنAllah is the ally of those who believe. He brings them out from darknesses into thelight. And those who disbelieve-their allies are Taghut. They take them out of the light into darknesses. Those are the companions of the Fire; they will abide eternally therein.10Quran 10:62-64َوَالُهْمَيْحَزنُوَنِهْمْيَالَخْوٌفَعلََءََّّللاِْوِليَاََّنأَِالإأ-وَنََوَكانُوايَتَّقَُمنُواِذيَنآْوُزَّال-فَِْلَكُهَوالَٰماِتََّّللاِۚذَْْلِخَرةَِۚالتَْبِديَلِلَكِلَوفِياَحيَاةِالدُّْنيَاْبُْشَرٰىفِيالُْهُماللَُمعَِظيال-ْ

Unquestionably, [for] the allies of Allah there will be no fear concerning them, nor will they grieve. Those who believed and were fearing Allah. For them are good tidings in the worldly life and in the Hereafter. No change is there in the words of Allah. That is what is the great attainment

Quran 17:111ٌّيِمَوِلهَُُّكنلْميَِكَولَُْملْهَُشِريٌكفِيالَُّكنلْميََولََولَدًاِخذْْميَتَِّذيلََِّالَحْمدُِلِلَِّْلالَوقُِيًراِْرهُتَْكبلَِۖوَكبَنالذُّAnd say, “Praise to Allah, who hasnot taken a son and has had no partner in [His] dominion and has no [needof a] protector out of weakness; and glorify Him with [great] glorification.”12Forty Hadith, Imam al-Nawawi, #35َ،ُكُمْسِلمَْخاهُالََرأْنيَْحِقََِحْسِباْمِرٍئِمْنالَّشِرأٌمبِمَحَراُمْسِلِْمَعلَىالُمْسِلَْوِعْرُضُّلال:

Asad Zaman is Executive Director and Imam with the Muslim American Society of Minnesota. He is an author and distinguished leader of the Minnesota Muslim community. He leads youth development activities, interfaith programming, and mentors nonprofit leaders. In 2005, he cofounded the Taking Heart Ramadan Open House project with the Minnesota Council of Churches which is utilized each year in more than 25 masjids in Minnesota. He cofounded the Rabbi Imam Round Table and has cohosted it since 2011. In 2005, he co-founded the Muslim Day at the Capitol. This model of civic engagement and advocacy has been replicated in nine other states and at the nation’s Capital. Imam Asad has trained a Speakers Bureau to deliver presentations at churches, synagogues, corporate and government offices. He has chaired the MAS Minnesota convention several times. In 2019, Imam Asad delivered the invocation at the Governor’s State of the State address at the State Capitol and in 2018 he delivered the invocation at the oath of office ceremony for the Governor and other constitutional officers. In 2005, he was appointed by the Governor to the Minnesota Board of Teaching. Imam Asad was previously a policy fellow at Minnesota 2020 and Hubert Humphrey policy fellow at the University of Minnesota. He has made Minnesota his home since 1992. Imam Asad regularly delivers sermons, lectures and presentations at various Masjids, campuses and centers. He is a frequent speaker at Islamic conferences at local and national settings. He regularly conducts fundraisers for various causes. He holds Ijazah (certificates) in various classical texts in Hadith, Fiqh and Akidah. He received his Master of Business Administration from the Carlson School of Management at the University of Minnesota.