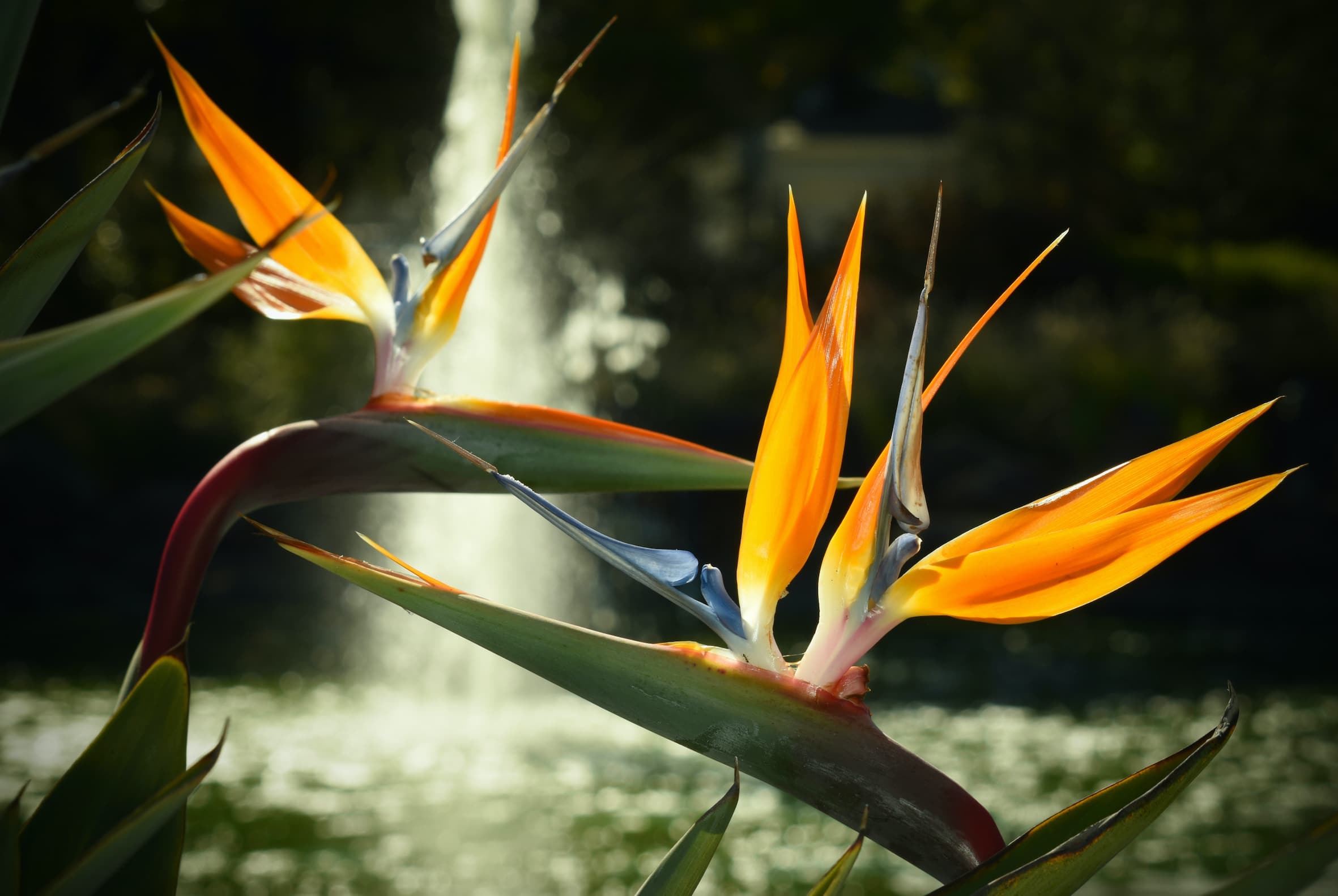 ʿAʾishah (May Allah be pleased with her) reported:

When the ten nights would begin, the Messenger of Allāh r would keep the night alive; he would also awaken his family and tighten his wrapper.

“When the ten nights would begin”

What is meant is the last ten nights

“The Messenger of Allāh ﷺ would keep the night alive”

He would keep stay up at night and engage in various forms of worship such as ṣalāt, dhikr, and meditation/reflection. Or he kept himself alive by remaining awake, since sleep is death’s sibling. The metaphor refers to the night because when someone who is sleeping is woken-up and brought back to life, their night can be said to have been given life through them.

“He would also awaken his family”

He did so to draw their attention towards the time of goodness, so they may expose themselves to the gusts of goodness. A narration in Tirmidhī states, “When the last ten days of Ramaḍān would enter, the Messenger of Allāh r would not fail to wake up anyone who was capable of staying up in his household”. He would lead them towards the avenues of goodness, and help them attain it.

“And tighten his wrapper”

Al-Khaṭṭābī explains: “The meaning is likely to be earnestness in acts of worship. Just as one would say ‘I have tightened my wrapper for this matter’ i.e I have buckled down to it/rolled up my sleeves for it. It is also said that it may be a metaphor for buckling down and withdrawing from women. It is also said that it may have a literal meaning and a figurative meaning at the same time, i.e that he literally tighten his waist wrapper (izār) and also withdrew from women and buckled down for worship. However, the first explanation is more plausible because in another narration the following wording is found “He would tighten his wrapper and withdraw from women”. This leads us to conclude that the expression tightening his wrapper relates to earnestness in worship only.

Chapter on the virtues of saḥūr, and of delaying it as long as one does fear the rising of dawn

Anas (May Allāh be pleased with him) reported:

The Messenger of Allāh ﷺ said, “Eat suḥūr [or practice saḥūr] (predawn meal) because surely, there is baraka in suḥūr.”

Saḥūr is the meal which is taken prior to the rise of dawn. Suḥūr on the other hand, is the act of partaking food at that time. This will have relevance in the ensuing commentary of the ḥadīth.

This is considered mandūb i.e praiseworthy. The Sunna itself is fulfilled by having a little food even if it is only a sip of water. It is mentioned in a ḥadīth of ʿAbdullāh bin-Surāqa, traced back to the Nabī r: ‘Practice suḥūr, even if only with a sip of water’. It is narrated by Ibn-ʿAsākir[2]. The Sunna is likewise fulfilled by having a considerable quantity of food.

“Because surely, there is baraka in suḥūr [or saḥūr].”

It is also said that the baraka lies in the fact of being awake at that time and engaging in duʿāʾ.
It is however more appropriate to say that the Baraka is attained through various avenues, namely: adherence to the Sunna, acting differently than the ahlul-kitāb (Christians and Jews), strengthening oneself for worship through it, its being a cause for one to engage in dhikr and duʿāʾ at a time when acceptance is highly likely, and it also allows for one who has forgotten to make the intention for fasting before sleeping to do so[3].

Zaid bin Thābit (May Allāh be pleased with him) reported:

We took suḥūr (predawn meal) with the Messenger of Allāh r and then we stood up for ṣalāt (prayer). It was asked: ‘How long was the gap between the two?’ He replied: ‘The time required for the recitation of fifty verses.’

Zaid bin-Thābit was from the Anṣār of Madīna, and he was 11 years old when the Nabī r emigrated from Makka to Madīna. His father passed away when he was 6 years old, and the Nabī r considered him too young to participate in the battle of Badr (~13 years old). He however allowed him to participate in Uḥud. It is also said that he in fact did not participate in Uḥud but rather in Khandaq and the following expeditions with Rasūlullāh r. He used to write revelation for the Nabī r and he was one of the three people who compiled the Qurʾān by gathering its various verses and chapters and verifying their authenticity. The effort to compile the Qurʾān after the demise of the Nabī r was ordered by Abū-Bakr and ʿUmar.
ʿUmar and ʿUthmān would both designate him as imām in Madīna when they traveled for Ḥajj. Ibn Abī-Dāwūd explains: ‘Zaid bin-Thābit was the most knowledgeable of the rules of inheritance among the Ṣaḥābah, and he was among those firmly grounded in knowledge.
A total of 92 ḥadīth from Rasūlullāh r have been narrated by him, 10 of which are found in the collections of Bukhārī or Muslim. He passed away in Madīna in the year 54 A.H.

“We took suḥūr (predawn meal) with the Messenger of Allāh ﷺ”

One can notice a subtle indication of etiquette in the choice of words, rather than saying ‘Us and Rasūlullāh took suḥūr’ he used wording which emphasizes the fact that they followed his example r.

“And then we stood up for ṣalāt (prayer)”

“It was asked: ‘How long was the gap between the two?’ He replied: ‘The time required for the recitation of fifty verses.’ ”

Anas is the one who asked the question. Imām Aḥmad also narrated a ḥadīth where Qatāda asks Anas the same question.
The verses referred to are of moderate length. They were neither long nor short, and were read neither fast nor slow. The ʿArab had the habit of estimating time through physical actions, such as saying ‘As long as it takes to milk a goat’. Zaid however chose to estimate the time through the action of reading the Qurʾān to indicate that it was a time fit for worship through recitation of the Qurʾān. Ibn Abī-Jamra explains: ‘The ḥadīth is an indication of the fact that the vast majority of their time was immersed in ʿibāda (worship)’.

The ḥadīth also indicates that suḥūr was done as late as possible, as it is more befitting for the intent behind it. Also because it was the Nabī r’s habit to look for that which was most gentle for his Umma and apply it. If he did not take suḥūr that would prove difficult for some of them, just as taking suḥūr in the middle of the night would be difficult for those overtaken by sleep. That could lead to leaving suḥūr altogether or in it being a tiresome process.

ʿAmr bin Al-ʿĀṣ (May Allāh be pleased with him) reported:

The Messenger of Allāh ﷺ said, ‘The difference between our observance of fasting and that of the people of the scriptures (ahlul-kitāb) is suḥūr (predawn meal)’

ʿAmr bin Al-ʿĀṣ accepted Islām in the year of Khaybar, i.e the beginning of the 7th year A.H. Him, Khālid Ibnul-Walīd and ʿUthmān bin-Ṭalḥa came to the Nabī and accepted Islām together. He was made the commander of the 17th expedition, called sariyatu dhātil-salāsil and which had 300 men. It was then reinforced through another regiment in which were Abū-Bakr and ʿUmar, and whose commander was Abū-ʿUbayda bin-Jarrāh. The Nabī r told the latter ‘Do not be at odds with eachother’. ʿAmr used to lead the ṣalāt of the combined regiments until they returned to Madīna (notwithstanding the illustrious personalities who joined them). He was designated as an ambassador to Omān where he remained until the death of the Nabī r. Abū-Bakr t then sent him as governor to Shām and he was present in the various conquests of its territory. He then governed Palestine for ʿUmar t for some time after which he was sent with a regiment to Egypt, which he conquered. He remained its governor until the death of ʿUmar. ʿUthmān left him in his position for another 4 years, and he then removed him. ʿAmr then settled away in Palestine from which he would occasionally visit Madīna. Muʿāwiya t eventually designated him governor of Egypt, where he remained as governor until his death and was buried there. He passed away on the eve of ʿIdul-Fiṭr the year 43 A.H at the age of 70 years. His son ʿAbdullāh led his funeral prayer. He was among the heroes and intellectuals of the ʿArab, and was known to be a leader with a great vision.
When the time of his death dawned upon him he said: ‘O Allāh you have ordered me and I was not compliant, you prohibited me and I did not refrain, I am not strong so I seek assistance, neither am I free of blame so I apologize, and I am not arrogant but rather I am repentant; there is no deity except You’. He kept repeating these words until he passed away.

The ahlul-kitāb are the Jews and Christians. They were given revealed scriptures, hence the name ahlul-kitāb.