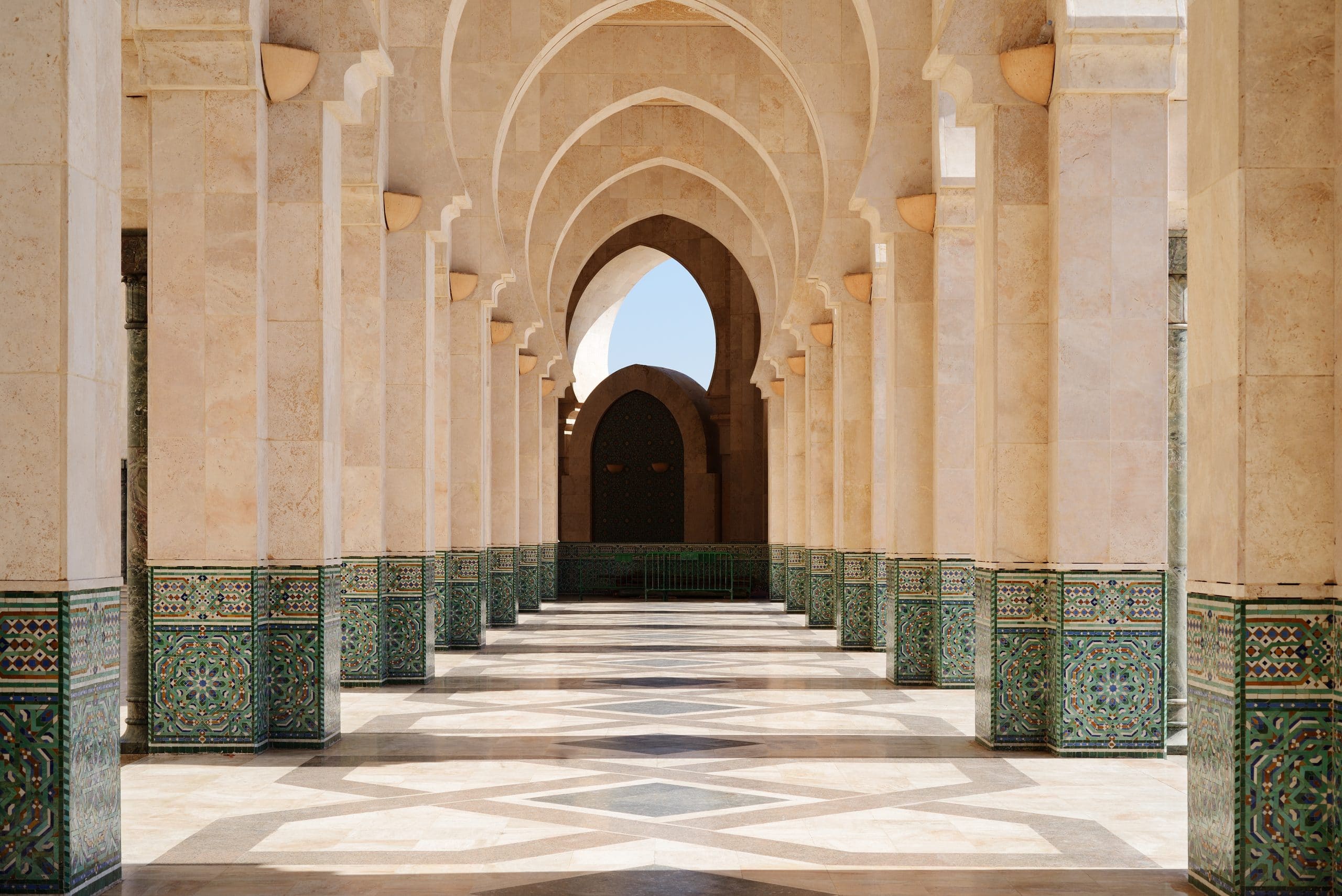 We have observed a Ramadan that was unlike anything we have experienced before. The community and individuals everywhere have shown dedication, commitment, and creativity. We learned to pray tarāwīḥ on our own in our homes. We read the Qur’an everyday consistently. We attended daily lectures and reminders delivered by our imams, teachers, and scholars online. We gathered virtually to hold iftars and check in on each other. We donated to our organizations to gain the blessings of charity in Ramadan. All of this and more is only possible through the guidance of Allah and resilience of our faith.

We now find ourselves approaching Eid al-Fitr. Eid is an occasion of celebration, joy, gathering, and gratitude to Allah for his countless blessings. We all have cherished memories of past days of Eid. However, we face the prospect of an Eid that is difficult and challenging. Similar to our mindset in Ramadan, we can and should find a way to have a joyous and meaningful Eid. Shāh Walīullah al-Dihlawi writes in his Hujjatullah al-Bālighah, “Allah provided us with two days of celebration that commemorate the markers of the Islamic tradition. He associated celebration with the remembrance of Allah and acts of devotion on the day of Eid, ensuring that the congregation of believers would not be for mere vanity. Rather, the gathering of Muslims would revolve around exalting the Word of Allah.”

The Obligation of Eid

The scholars of the four major schools of thought have differed regarding the obligation of the Eid prayer. Their differences stem from their methodologies in interpreting the verses of the Qur’an and the Prophetic tradition ﷺ. The Shāfiʿī and Mālikī schools agree that the Eid prayer is an established Sunnah of the Prophet ﷺ, and the prayer is highly recommended for every individual to attend.[1] However, the Ḥanafī school has deemed the prayer as wājib, necessary, for every believing man of age.[2] The Ḥanbalī school has ruled the Eid prayer as farḍ al-kifāyah[3].[4]

The Prophet Muhammad ﷺ prayed the Eid prayer in congregation with the Companions from the time it was prescribed until he passed. The Ḥanafī school has considered this consistency demonstrated by the Prophet ﷺ as an indication that the Eid prayer cannot be merely a recommendation. Additionally, the Prophet ﷺ did not go out of his way to inform his Companions of the lack of obligation as he did with ṣalāh al-tarāwīḥ.[5] The scholars of the Ḥanbalī school referenced the command in the Qur’an, “Pray to your Lord and sacrifice,”[6] and concluded the Eid prayer is farḍ al-kifāyah.

The Shāfiʿī and Mālikī schools quote a well-known Hadith of the Prophet ﷺ in which he informs an inquisitive Bedouin regarding the Islamic mandates. The Prophet ﷺ tells the man about the five obligatory daily prayers. The man asks the Messenger ﷺ if there are any additional prayers that are required and he responds, “All other prayers are optional.”[7] Therefore, they regard the Eid prayer as voluntary.[8]

The Khutbah of Eid

On the day of Eid, it is recommended, according to the majority of scholars, to have a khutbah given by the Imam. The Imam advises the people in the congregation and reminds them of Allah and His Messenger ﷺ. Unlike the Friday khutbah, the Eid khutbah is given immediately after the congregational prayer is completed. The Friday khutbah is considered an essential pillar of the Jumu’ah obligation. However, the scholars of the four major schools have all come to the conclusion that the khutbah on the day of Eid is not required for the validity of the Eid prayer.[9]

The following question has emerged in light of our current situation: Are we excused from the obligation to gather together and worship Allah for Friday, Eid, and congregational prayers? Is the concern regarding the spread of COVID-19 a legitimate reason for individuals to not attend religious services in person?

Al-Shurunbulālī[12] reminds us that the reward is still obtained by individuals who are not able to attend due to challenging circumstances. If an individual is prevented from fulfilling an obligation due to an acceptable and valid excuse, that person will still be rewarded (if Allah wills) according to his or her intention.[13] The Prophet Muhammad ﷺ taught us, “Actions are rewarded based on their intentions. Every person will be rewarded according to his or her intention.”[14]

While our ability to congregate for Eid may be limited, this should not prevent us from observing the rituals recommended in our tradition.[15]

When performing the Eid prayer, one should, first and foremost, observe the requirements of ritual prayer (ṣalāh) such as being in a state of purification and facing the qiblah. The scholars have agreed that the prescribed time of the Eid prayer begins shortly after sunrise and ends before Ẓuhr time starts.[20]

For the validity of the Eid prayer, the scholars among the Shāfiʿī, Mālikī, Ḥanbalī,  and Ḥanafī schools have stipulated: the prayer should be conducted during the prescribed time of Eid prayer.[21] The Ḥanafīs and some Ḥanbalīs[22] have additionally stated that the Eid prayer must be conducted in a group.[23] The Ḥanafīs specified that this requirement is fulfilled with 2 or 3 adult males other than the imam.[24] Moreover, the Ḥanafī scholars have stated that an Eid prayer should be accessible by the general public and not be in a restricted or an exclusive space.

The Eid prayer itself is conducted very similarly to any other congregational prayer. The four major schools agree that the Eid prayer should be performed out loud with 2 rak’āt, units of prayer, just like the Fajr congregation. However, there is a difference of opinion in regards to the number of extra takbīrāt that are said in the Eid prayer. The format of the prayer has been detailed below based on the different opinions.

Eid is an occasion of glorifying Allah, praying for the acceptance of our deeds, and enjoying the blessings of Allah. It is a day to spend time with family and loved ones. The regulations of social distancing have limited our ability to congregate and spend time together as a community. However, these restrictions do not prevent us from fulfilling the rituals and traditions of Eid.

We recommend that every Muslim observes the Eid rituals as mentioned above. It has been authentically reported that the Companion of the Prophet ﷺ Anas ibn Mālik did not make it to the Eid prayer, so he gathered his family and offered the Eid prayer at home in the same manner the imam would with the congregation.[30] Furthermore, the Mālikī, Shāfiʿī, and Ḥanbalī schools allow people to perform the Eid prayer individually or with family at home. While the Ḥanafī school traditionally does not allow this, many senior Ḥanafī scholars have eased the condition of performing the Jumu’ah prayer in a public place during the current pandemic. Therefore, we recommend that individuals and families who are not able to attend an Eid congregation pray the Eid ṣalāh as detailed above at home.

Qalam Institute’s  mission is to educate humanity about Allah, His message, and His Messenger ﷺ. This article is written by the instructors at Qalam. Please consider supporting them as they create beneficial content for people to study their religion.

[3] farḍ al-kifāyah: An obligation that is mandated at a communal level. If a community fulfills the obligation, any other people that did not participate are excused from the obligation.

[22] Imam Ibn al-Qudama stated both opinions in the Hanbali school regarding the requirement of a congregation to conduct Eid prayer. Some Hanbali scholars require a group of people for the validity of the Eid prayer while others said that an individual can pray Eid by him or herself. al-Mughni 2:291

[26] Takbirat of Eid: These are extra Takbirs unique to the Eid ṣalāh. According to the majority of scholars, these Takbirs are conducted by the Imam raising his hands as he does when he starts the prayer and saying Allahu Akbar. The stronger opinion according to the Malikis is that when performing the extra Takbirs, the Imam does not raise his hands but says Allahu Akbar.

[29] The famous Companion, Ibn Masood, said in regard to the ritual of Eid prayer, “The Imam of the prayer should say Takbir to initiate the prayer. Afterwards, he should perform 3 additional Takbirat followed by the recitation of Surah al-Fatihah and another Surah following it. Then the Imam should continue his prayer, go into Ruku’, Sujood until he stands up (for his second Rak’ah). He should read Surah al-Fatihah and another Surah and proceed to perform 3 Takbirat followed by the Takbir to go into Ruku’” – Sharh Ma’ani al-Athar 4:347

Abdul Nasir Jangda is the founder and director of Qalam Institute. He is a hafiz and specialist in Sīrah & Hanafi Fiqh with a Bachelor's from Jamia Binoria, a Master’s in Arabic from Karachi University, and a Master’s in Islamic Studies from the University of Sindh.