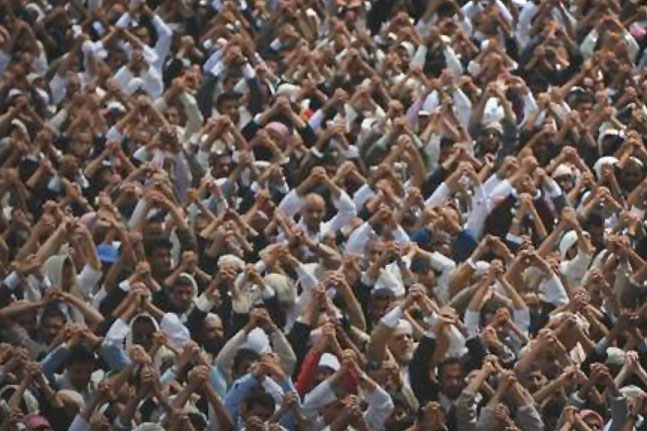 The news of the intended Saudi execution of three prominent scholars has infuriated many observant Muslims around the world. This is no surprise considering the fact that that the three scholars have attracted a vast audience through their TV programs and social media activity. These three scholars, and many like them, have been the source of religious knowledge and inspiration for many Muslims, not only in the Arab world, but around the globe.

However, our objection Saudi Arabia’s treatment and intended execution of these scholars should not be simply rooted in emotion. In order to properly oppose such reckless decisions, we must understand the motivation behind them and the context in which they exist. For as reckless as these decisions may be, they are not arbitrary and are not devoid of context. They exist within a bigger picture; a picture that I will try to sketch in this article. We must rewind back to the early part of the 20th century. That era witnessed events that, by all accounts, changed the nature of the Muslim world. The Muslim lands that were under the rule of the Ottoman Empire were conquered and colonized by Western powers (Britain and France), and the office of the Caliph (based in Istanbul) was abolished. This was accompanied by a calculated uprooting of Islamic social and legal structures that existed for centuries; the colonizing powers imported their European structures to serve as the new order in this part of the world. By the end of the colonization project, populations across the Arab world ended up with corrupt and authoritarian regimes and social structures and legal codes which were imported from foreign countries.

Inevitably, this new reality that was imposed on the Arab populations gave rise to organic reactions which aimed to resist this new reality. Eventually, a broad movement (often labeled as the “Islamic movement”) took shape with two main identifiable goals: 1) The revival of Islamic law and values and re-establishing Islam’s role in governance and public life (which was highly reduced after the abolishment of the Caliphate), and 2) Establishing a governance system whose legitimacy was rooted in the consent of the people. It may also be said that those two primary goals also served as criteria by which Muslim governments would be measured; i.e their adherence to Islam and their respect for the will of the populations. This broad movement was largely led by the Muslim Brotherhood in Egypt and then spread across the Arab and Muslim world. Although the Brotherhood is deemed to be an originator of this movement, today, many people share this vision of “revival” and “popular legitimacy” while lying outside of the organizational borders of the Brotherhood (but can still be described as being part of the “Islamic movement”).

Those who shared this vision, not surprisingly, were constantly pursued by the authoritarian regimes of the Arab world. It is also not surprising that those who shared this vision would be vocal supporters if not active participants in the Arab Spring. Indeed, the Arab Spring has demonstrated repeatedly that Arab populations yearn for a participatory form of government and find a certain appeal in the message of Islamic parties (as evidenced by the electoral victories of Islamic parties in all countries of the Arab Spring). In other words, the Arab Spring made it clear to all observing autocrats that, when given the choice, Arab populations will likely elect Islamic parties into power. The Arab Spring and its immediate aftermath was a wake-up call to all those who feared for the security of their thrones. In Abu-Dhabi and Riyadh, things were clear: The Arab spring is either to be reversed, or they will be next. With the successful ousting of the Brotherhood in Egypt and the unconditional green-light given by the Trump administration, Riyadh, Abu Dhabi, and Cairo have decided to kill the Arab Spring once and for all. The recent news about the intended execution in Saudi Arabia must be seen in this context.

Clerics such as Salman Al-Ouda, Ali Al-Omari, and Awad Al-Qarni were all vocal supporters of the Arab Spring uprisings and are associated with the Sahwa movement (which is a movement of Islamic political activism in the Gulf that draws heavily on Brotherhood ideas). The Arab autocrats simply view those voices as a danger. They represent a movement which challenges the status quo and questions the legitimacy of the rule of Arab autocrats; a movement which can be traced to the movement originated by the Brotherhood following the fall of the Caliphate and beginning of colonization. The autocrats could not afford to have influential clerics and TV personalities preach about popular legitimacy or the relevance of Islamic values and principles to public life and governance; after all, these are ideas that, if believed, would seriously question the legitimacy of their rule. As such, and after getting brief a taste of what free choice would look like in Arab nations, it became clear that the to these autocrats that the danger was more real than what they thought and more immediate. It seems that their action plan is simply to silence anyone who represents the spirit of the “Islamic movement”. From their perspective, they want to chop off the head of the snake and settle the matter once and for all.

These intended executions are not about support for extremism (a laughable accusation). Nor are they about views concerning the recent blockade on Qatar. Nor are they about the clerics’ criticisms of their government; in fact, these clerics did engage in harsh criticism of the Saudi government. Their crime is that they represent a message that, by definition, calls into question the legitimacy of the Saudi government. More importantly, it calls into question the legitimacy of the entire “order” that exists in the Arab world. The Saudi government is declaring war (along with its allies in Abu-Dhabi and Cairo) against those who represent a movement that has the potential of redefining the Arab world. Even if those clerics do not engage in direct confrontation with the Saudi government and express their views in positive terms, the existence of that message and its accessibility to Arab populations is serious enough of a problem.

What these autocrats to do not realize is that the ideas which these scholars represent exist independently of the efforts and words of these scholars. The belief in the centrality of Islam and the will of the people exists in the conscience of the vast majority of Muslims. These ideas are not the product of scholars such as Salman Al-Ouda, Awad Al-Qarni, or Ali Al-Omari. Rather, those scholars are the product of the ideas which organically exist in the minds of many Muslims. As such, executing these scholars will not bring an end to those ideas whose strength was demonstrated in the aftermath of the Arab spring. If anything, such executions are an affirmation by the Saudi government that it and its autocratic allies stand on very feeble ground. If the Saudi government goes through with its plan, all it will be doing is creating a void that will inevitably be filled by other people represent the same ideas. The cycle will keep going until the feeble ground which these autocrats stand gives way. займ 20000 рублей на карту без отказа