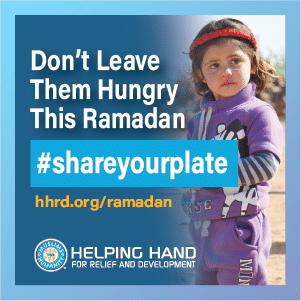 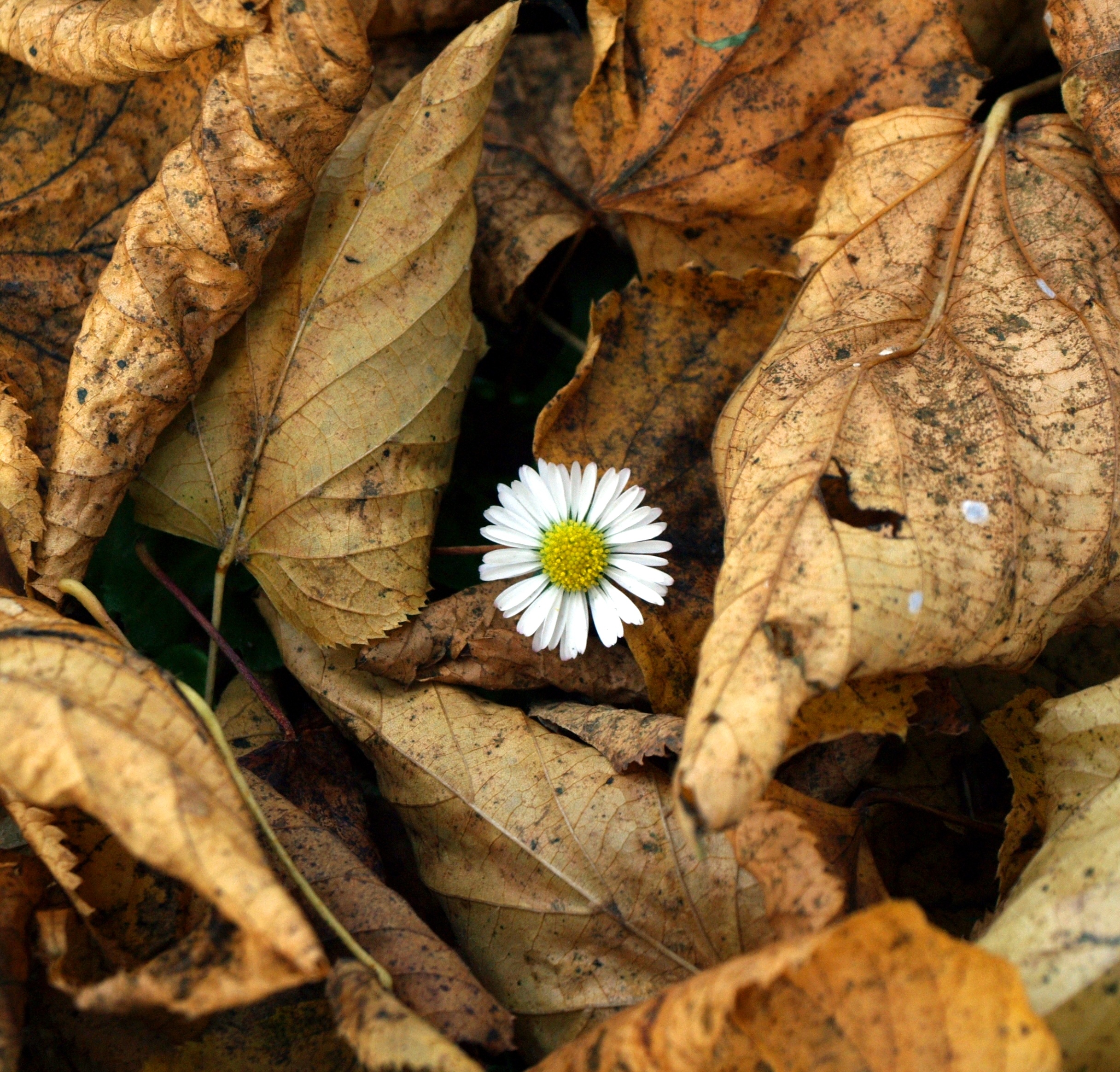 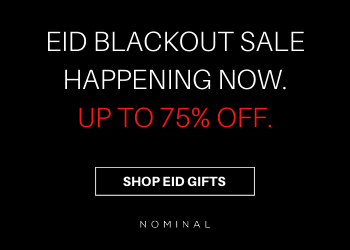 , one of the most distinguished Companions of the Prophet

. The man said, “How lucky your two eyes that witnessed the Prophet

Why should anyone wish to witness a scene that Allah

By Allah! Allah’s Prophet saw people who were thrown right into Hell, so you should thank Allah that you were spared such a trial and were honored by firm belief in Allah and his Prophet”.

As human beings, we all struggle with adversity especially in societies which are driven by competition and materialistic pleasure. This drive creates difficult expectations, labels, and stigmas that breed unhealthy communities which spur widespread stress and pain. As Muslims, many of us struggle to define our role and place in societies where Muslims are the minority. We are horrified and worried when atrocities seem to occur so often solely because of the faith we believe in, such as in Burma or Central African Republic. Across the world, many countries with Muslims as the majority population are crippled by war such as Syria and Yemen. Our faith is abused by twisted minds to create chaos. In addition, random terrorist attacks in Mali and New Zealand have us wondering whether we will be attacked at our local masjid, or even in public settings such as offices and schools.

Our Ummah has always faced adversity and we will continue to do so as we struggle to be on the path of Islam. However, Allah

has given us the Prophet Muhammad

as a guide to this Ummah on how to deal with adversity and keep our optimism. His life is a means for us to be inspired and motivated to strive for excellence. Indeed, the Prophet

was tested more than any other prophet that preceded him. The rapid spread of Islam and the change it brought to the world was built upon a prophet and his companions who endured an extraordinary amount of adversity, all in order to provide a means of salvation for the generations that would come after them.

Many Muslims know the basics of the Prophet’s life such as his birth in Makkah, the migration to Madina, some of the battles, and the conquest of Makkah. However, if one were to read the Seerah of the Prophet

in-depth, one would be astonished to the sheer amount of trauma, pain, and grief the Prophet (

experienced. He was subject to intense verbal/physical abuse, public humiliation, family deaths, and more. Depending on the physical and emotional toll, we know different people are more or less sensitive to adversity. For the Prophet

, the adversity of establishing the Deen was immensely troubling as he had the purest and softest of characters. In addition, the prophets who came before him were comforted in knowing that they had a successor. Some of them were their children in Ismail

had no prophet to follow him, therefore his Message would be the last that mankind could benefit from.

The Quran says in Surah al-Ahzab:

Muhammad is not the father of (any) of your men, but (he is) the Messenger of Allah and last of the prophets. And God has full knowledge of all things. (Verse 33:40)

To proclaim the Divine Message to a resistant society has shown through the history of the Prophets to yield hardship and extreme difficulty. To be the final messenger was an increased burden. One example was when the Prophet

was praying in front of the Kaaba and a member of the Quraysh named Uqbah ibn Abu Mu’ayt placed the intestines, dung, and feces on the back of the Prophet

while he was in sujood. The weight of the filth was so heavy that the Prophet could not get up until he received the assistance of his daughter Fatima

, who was a pre-teenager at the time. How hurtful must that scene have been for the Prophet

? How did he deal with the humiliation the leaders of his city displayed in front of his child? How disheartening must have it been for his resolve to establish the worship of Allah?

This type of treatment was a regular occurrence in the pre-Hijrah era of Islam. Eventually, the treatment spurred into a boycott against the Muslims and the Hashemites who were the Prophet’s clan. According to Muhammad: His Life Based on the Earliest Sources by Martin Lings:

A document was drawn up according to which it was undertaken that no one would marry a woman of Hashim or give his daughter in marriage to a man of Hashim; and no one was to sell anything to them, or buy anything from them. This was to continue until the clan of Hashim themselves outlawed Muhammad, or until he renounced his claim to prophethood.

In those three years of boycott, many of the followers of the Prophet

such as Abu Bakr

lost their statuses in society. Public humiliation, poverty, malnourishment, torture, molestation, and even murder were perpetrated against the small community of Muslims around the Prophet

. There are narrations which talk about the fact that they would hear the cries of babies going to sleep at night. They buried so many children and babies at that time who died due to disease, malnourishment, and starvation. They could hear the mothers crying who had buried their babies the day before. It was a time of great suffering and sacrifice.

Shortly after the ban was annulled, Allah

increased the test of His beloved Messenger at a time called ‘Ām al-Ḥuzn (عام الحزن), the Year of Sadness. In 619 AD, Khadijah bint Khuwaylid

, the wife of the Prophet

for 25 years passed away. When the Prophet

was in shock after the first revelation descended, it was Khadijah

who comforted him and consoled him. She was one of the first believer, mother of the Prophet’s

children, and a caretaker to the Prophet’s

cousin Ali and adopted son Zayd (RA). She was his main confidante and his closest friend. Her death was considered to be the greatest personal tragedy to the Prophet (SAW). In fact, his later wife ʿĀʾishah bint Abī Bakr

, who would usually stay quiet in disputes with Aisha, stated when ʿĀʾishah voiced her upsetness at the Prophet’s lingering love for Khadijah:

Make this clear Aisha, you are not better than Khadijah. She believed in me when no one did and she testified to my truth when people said I was a liar. She gave everything she had to give me support.

uncle and chief tribal protector in Makkah passed away. Abu Talib had been the caretaker of the Prophet

mother and grandfather passed away. But the situation before the passing of both these allies to the Prophet

was poor and it was now going to become unbearable. Abu Lahab, another one of the Prophet’s uncles and one of his bitter enemies, arose as chieftain of the Hashemites would not give the Muslims adequate protection.

When adversity brought the Prophet

to his knees, he put his trust in Allah

and continued to push forward. It was in this moment of desperation that the Prophet was sent his ultimate test; the Day of Taif. The Prophet

described the Day of Taif more testing than the Battle of Uhud. In his desperation, the Prophet

traveled to the nearby city of Taif in order to seek the city’s protection. When the Prophet

met with the three leaders of the city, they feverishly rejected him and decided to turn the public against him. The representatives of the community gathered the youth, slaves, and others and to stone the Prophet

. The people of Taif purposely targeted the Prophet’s

feet, severely damaging them. His blessed body was profusely bleeding and the crowd pursued both the Prophet

and Zayd ibn Harithah for an excruciating three to six miles until he settled in a private orchard. It was in this moment where all hope had vanished. Now pushed to his extreme limits of endurance, he raised his hands and called out to his Lord:

To You, my Lord, I complain of my weakness, lack of support and the humiliation I am made to receive.

Most Compassionate and Merciful! You are the Lord of the weak, and you are my Lord.

To whom do You leave me? To a distant person who receives me with hostility? Or to an enemy You have given power over me?

As long as you are not displeased with me, I do not care what I face. I would, however, be much happier with Your mercy.

I seek refuge in the light of Your face by which all darkness is dispelled and both this life and the life to come are put in their right course against incurring your wrath or being the subject of your anger.

To You, I submit, until I earn Your pleasure. Everything is powerless without your support.

When we struggle with adversity, calling out to our Lord is one of the last things that comes to our mind. Even if it does, we struggle to motivate ourselves to learn how to make dua to Allah

and we struggle to raise our hands. The amount of sincerity and power of this dua to Allah

was so great that Jibril

came down to the Prophet

and reported that the Prophet’s