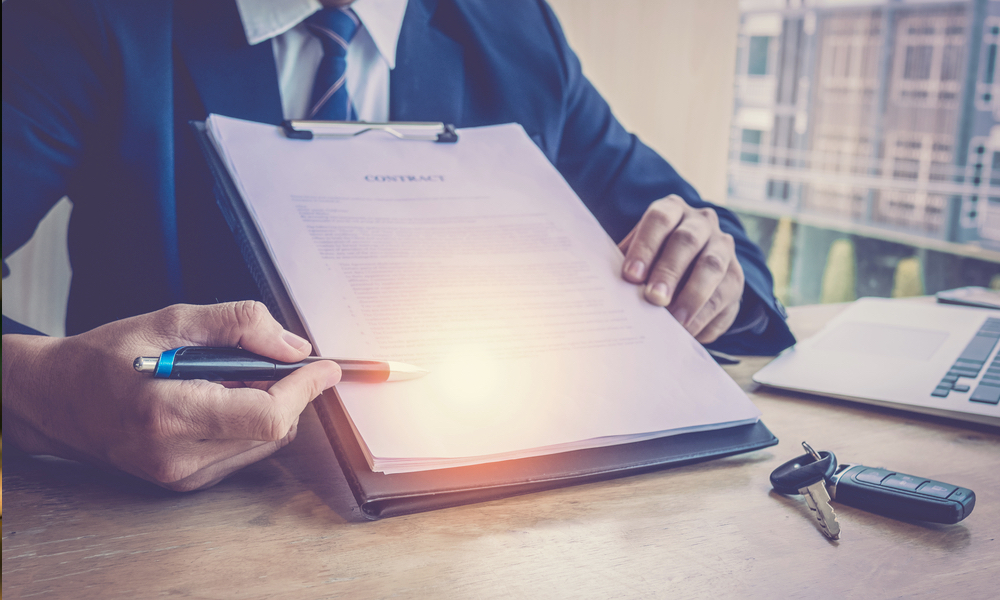 once said, “Know the truth and you’ll know who’s speaking the truth.”

I am based in Canada and was recently having coffee with friends. In the course of the conversation, a friend (who I consider knowledgeable) said that it’s okay to pay interest on a leased car because interest doesn’t apply to lease contracts. This completely caught me off guard, because it made no logical sense that interest would become halal based solely on the nature of the contract.

I asked him how this can be true and his response was that the lease contract is signed with the dealer and the interest transaction is between the dealer and the financing company so it has nothing to do with the buyer. Again, this baffled me because I regularly lease cars and this is an incorrect statement: The lease agreement is signed with a third party financing company who is charging you directly for the interest they pay the car dealership. Therefore, any lease contract that has interest associated with it is haram. This is the same as saying your landlord can charge you interest for his mortgage on a rental contract and this would make it halal. I tried to argue this case and explain to my friend that what he was saying was found on false assumptions and one should seriously look into this matter before treating riba in such a light manner.

Upon going home that night, I pulled out all my lease contracts (negotiated to 0% mind you) and sent them over to my friend. They clearly showed that a bill of sale is signed with the dealer, which is an initial commitment to purchase but the actual lease agreement is signed with a third party financing company which is charging you interest directly. If this interest rate is anything above zero it is haram (anything which is haram in a large quantity is also haram in a small quantity).

To my dismay, instead of acknowledging his mistake, my friend played the “Fatwa Card” and sent me a fatwa from a very large fatwa body in North America, which was also basing their argument on this false assumption. Fortunately for me, my friend pointed out the hotline number and the day and time the mufti who gave the fatwa would be available to answer questions.

I got in touch with the scholar and over a series of text messages proceeded to explain to him that his fatwa was based on a wrong assumption and for this reason people would be misled into leasing cars on interest and signing agreements with financing companies which are haram.
He was nice enough to hear my arguments, but still insisted that “maybe things were different in Canada.” Again this disappointed me because giving fatwa is a big responsibility – by saying “maybe” he was implying that full research has not been done and a blanket fatwa has been given for all of North America.

It also meant that if my point was true (for both Canada and the United States) dozens of Muslims maybe engaging in riba due to this fatwa.

The next week I proceeded to call two large dealerships (Honda and Toyota) in the very city where the Fatwa body is registered in the US and asked them about paperwork related to leasing. They both confirmed that when leasing a new vehicle, the lease contract is signed with a third party financing company which has the lien on the vehicle and the dealer is acting on the financing company’s behalf.

It is only when a vehicle is purchased in cash that a contract is signed with the dealer. This proved my point that both in the US and Canada car lease contracts are signed with the financing company and the interest obligations are directly with the consumer, therefore if the interest rate is anything above 0% it is haram. I sent a final text to the mufti and my friend sharing what I had found and letting him know that it was now between them and Allah.

1. As we will stand in front of Allah alone on Yaum al Qiyamah, in many ways we also stand alone in dunya. You would think that world renowned scholars and an entire institution would be basing their fatwas on fact-checked assumptions but this is not the case. You would also think that friends who you deem knowledgable and you trust would also use logic and critical thinking, but many times judgment is clouded for reasons unbeknownst to us. We must not take things at face value. We must do our research and get to the bottom of the truth. Allah

says to stand up for truth and justice even if it be against our ourselves; although it is difficult to do so in front of friends and scholars who you respect, it is the only way.

2. There are too many discussions, debates and arguments that never reach closure or get resolved. It is important to follow up with each other on proofs and facts to bring things to closure, otherwise our deen will slowly be reduced to a swath of grey areas. Alhamdulillah, I now know enough about this subject to provide a 360 degree view and can share this with others. It is critical to bring these discussions to a close whether the result is for you or against you.

3. Many times we have a very pessimistic and half hearted view towards access to information. When I was calling the dealerships from Canada in the US,  part of me said: Why would these guys give me the information? But if you say Bismillah and have your intentions in the right place Allah makes the path easy. One of the sales managers said “I can see you’re calling from Toronto, are you sure you have the right place?” I replied, “I need the information and if you can’t give it to me I don’t mind hanging up.” He was nice enough to provide me with the detailed process and paperwork that goes into leasing a car.

Finally, I haven’t mentioned any names in this opinion and I want to make clear that I am not doubting the intentions of those who I spoke to; I still respect and admire them greatly in their other works. We have to be able to separate individual cases and actions from the overall person.

guide us to the truth and rid of us any weaknesses or arrogance during the process.

Ed’s Note: The writer is not a religious scholar and is offering his opinion based on his research on leasing contracts in North America.

Do You Know Why Uzma Was Killed?