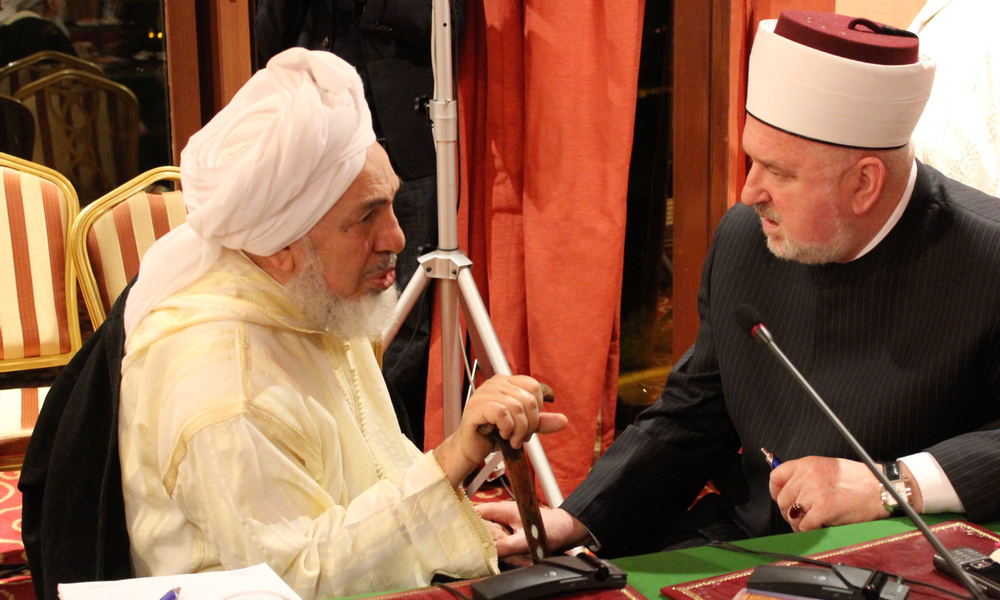 The essence of the faith of Islam comes from two primary sources: the Qur’an, which is God’s revelation, and the Sunnah, which is the teachings, traditions, and attributes of the Prophet Muhammad, peace be upon him. But the nature of Muslims come from their many peoples and tribes:

“O men, God has created you from male and female and made you peoples and tribes so that you may know one another. But, indeed, the most noble of you is the most morally correct among you. God knows and is well informed about everything.” (Qur’an, 49:13).

Thus, the experience of the faith of Muslims is as diverse as the nature of their national and tribal backgrounds. Therefore, both a specific God-given nature and a specific societal experience of Muslims must be recognized and appreciated within a global Islamic civilization, as long as the principle of tawḥīd (oneness of God), as is expressed in Lā il ā ha illa Allah, and the principle of an ultimate nubuwwah (prophethood of Muhammad, peace be upon him) are properly upheld. This diversity in the unity of the faith of Islam is a blessing for our ummah. Hence, Muslims must see the various natures and experiences of their fellow Muslims as a blessing from God that enriches an overall Islamic culture and civilization in the world.

Inspired by the reality of this blessing, I would like to share with you my perspective which stems from my God-given nature, my war and peace experience as a Muslim in Bosnia and a genocide survivor in Europe, and how I also see myself as belonging to the universal Muslim community today. Indeed, I would like to tell you why I believe that the Forum for Promoting Peace in Muslim Societies in Abu Dhabi, UAE, led by the esteemed Muslim scholar Shaykh Abdallah Bin Bayyah, is a right path of Islam and a good program of peace for Muslims around the world.

My testimony is based on my personal nature and my own first-hand experience of war and peace in Bosnia without a need of apology to anyone. It starts from the fact that, during the war and postwar time in Bosnia, it was hard to find a peace initiative from a credible Muslim group or institution to help me engage in dialogue and trust building with others. All the peace initiatives were coming from Christian groups or institutions that, by this very fact, had an advantage in presenting their case. So, when a major Muslim peace initiative was introduced by Sheikh Bin Bayyah in 2014 in Abu Dhabi, I was delighted to be invited to join it. Indeed, I was praying for its success and continuity because rarely do genuine Muslim ideas survive the tremendous pressure of staunch opponents who oppose such initiatives if they are not in— if it’s not their own idea. Fortunately, it seemed that the Forum for Promoting Peace in Abu Dhabi was spared this destiny—until the last, and in my opinion, the best of all Forums so far—the Fifth Forum of 2018. We know from the Qur’an and Sunnah that right and constructive critique is an important aspect of the nature of Islam, but the recent hate-speech and false accusations against the Forum are not in accordance with the nature of Islam and as such are not of an Islamicʼ adab (ethics) and ʼakhlāq (morality).

Let me say that neither the esteemed Shaykh Abdallah Bin Bayyah nor Shaykh Hamza Yusuf is in need of my defense. They are capable and upright people; their lifelong dedication to Islamic work speaks for itself. I feel the need to raise my voice clearly and loudly in defense of the importance of promoting peace, and the work of both esteemed scholars towards that goal. I humbly claim to be aligned with them in this purpose. And we should be grateful to the government of the UAE for supporting this project that has already engaged prominent religious, academic, cultural, and political leaders from around the world and earned their respect and commitment to this cause of peace.

First, no one has a monopoly on peace, but everyone has a duty to promote peace in their own way because, by its very definition, “Islam” is the concept of peace, and thus a “Muslim” is also by definition a peaceful man or woman. Therefore, the Forum for Promoting Peace is an application of this unique and powerful concept of Islam, namely the concept of peace.

Second, no one has a monopoly on tolerance, but everyone has an obligation to learn and teach tolerance in his or her neighborhood and surroundings because Islam is the faith of tolerance, made clear in the Qur’anic injunction: “there is no compulsion in religion” ( lā ikrā h a fī l-dī n) .

Third, no one has a monopoly on dignity, but everyone is entitled to enjoy the right of life (al-nafs), faith (al-dī n), freedom (al-ʿaql), property (al-māl), and dignity (al-ʿirḍ) because Muslim scholars defined these peace-oriented principles, and they did this long before the Universal Declaration of Human Rights. These principles are based on the letter and spirit of the Qur’an and the Sunnah as an amānah (trust) of the entire Muslim ummah, not just a part of it.

Fourth, no one has a monopoly on alliance, but everyone has the right to seek alliance with peace-loving persons and nations based on the example of the Prophet Muhammad

, who participated in an alliance prior to Islam, known as the ḥilf al-fu ḍūl (the Alliance of Virtues) that he also approved in Islam.

Fifth, no one has a monopoly on democracy, but everyone has the right to speak about democracy, even if they believe it can sometimes lead to tyranny. The Greek philosopher Socrates had that right as well. He used to say that oligarchies become democracies for predictable reasons: “Democracy comes into power,” Socrates says, “when the poor are the victors, killing some and exiling some, and giving equal shares in the government to all the rest.” It’s an “agreeable form of anarchy,” Socrates tells us and adds that “the insatiable desire for freedom occasions a demand for tyranny.”

Sixth, no one has a monopoly on moral preaching, but everyone has a duty to improve his own morality before preaching to others. Islam teaches us that a right moral praxis is better than empty preaching.

And finally, no one has a monopoly on Islam, but everyone has the duty of farḍ ʿayn (personal responsibility) and far ḍkif ā yah (collective responsibility) to behave in such a way that does not corrupt the moral teachings of Islam and does not compromise the right image of Islam and Muslims in the world for the sake of personal gains. The work of Shaykh Abdallah Bin Bayyah and Shaykh Hamza Yusuf is their due of farḍ ʿayn and farḍ kifāyah for repairing a damaged picture of Islam and Muslims in the world, due to some irresponsible and militant groups who have claimed to act on behalf of Islam. Those who don’t understand the importance of the message of these scholars are out of touch with reality, and thus, cannot claim to be the right guide for the Muslims, especially in the West. Those among the Muslims, wherever they are, who still support a catastrophic regicide that has happened recently in some major Muslim countries ought to be advised that suicide, individual or collective, is not part of the nature of Islam. Indeed, Islam has never been a religion of destruction. Islam has always been a religion of constructive and inclusive culture and civilization.

Let me say that no Muslim with a good heart and sound mind can be indifferent to what is happening in Yemen, Libya, Syria, Myanmar (Burma), and elsewhere, where our Muslim brothers and sisters suffer. But this pain will not be removed by additional destructive ideas that would cripple the rest of the Muslim countries just because some others are in an internal or external conflict. On the contrary, our duty is to do whatever we can to prevent further destruction of the Muslim states and societies. The Muslims today don’t need more Palestines. They need more hearts and minds like Shaykh Abdallah Bin Bayyah and Shaykh Hamza Yusuf. Indeed, they need more countries and societies like the UAE to support the promotion of peace and security among Muslim societies and others in the world.

And my final note to my Muslim brothers and sisters in the West is not to make a hasty judgment that is instigated by some people (and institutions) who do not have sympathy for Muslims who are suffering. If you cannot help the plight of Muslims today, then at least don’t make the Muslim situation worse than it is. Those who have not tasted the bitterness of war cannot fully appreciate the sweet taste of peace. I have tasted both. Therefore, my dear Muslim brothers, sisters, and friends, wherever you are, pray for peace and support those who work for peace, whoever they may be.

Dr Mustafa Ceric is the grand mufti emeritus of Bosnia Herzegovina and honorary president of the Conference of Religions for Peace.