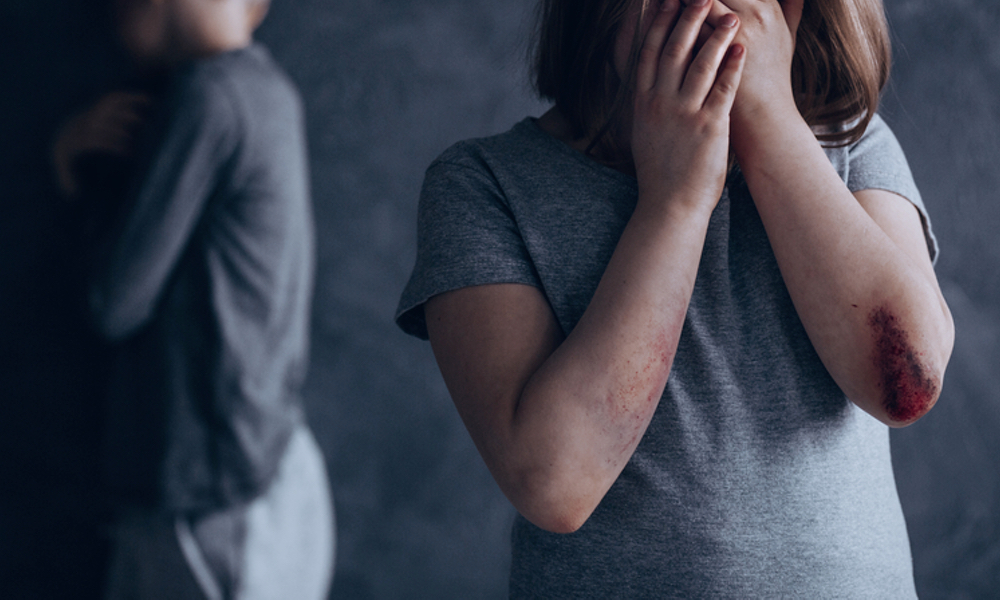 Recently, during my last psychotherapy session of the week, I listened to a Muslim woman talk about the details of being sexually abused as a child. She talked about how the perpetrator was a family friend and molested her in her own home. She also went on to say that when another family member found out, instead of rescuing her, joined in with the perpetrator. Being a psychotherapist for some time now, I’ve heard countless stories of sexual abuse from men, women and children. Each narrative is so different in terms of how the abuse started and stopped, and yet so many elements are the same- like the trauma, secrecy and shame .

Her story was not the most difficult one I’ve heard by any means, but something about her narrative caused me to reflect in a way I hadn’t before. Maybe it was her resiliency and resolve to protect her own children from this happening again. Perhaps it had something to do with this past year of non-stop sexual abuse allegations in the news. Or maybe it had to do with my 7-year old daughter who is now getting older and Allah-forbid could find herself in one of these situations.

As I locked up my office and headed to my car, I started to reflect on the clients I had seen over the years. I began to think about the similarities and differences between the victims, or survivors rather, and their families. What patterns did I see first-hand, and what conclusions could I pass on to other parents to help prevent sexual abuse within our community?

Let me share some of those observations from the past 10 years with you:

Of the hundreds of families affected by childhood sexual abuse that I’ve seen, only TWO intervened immediately and got help for both the victim and perpetrator – and neither of them were Muslim. The reason I wanted to share these observations is not to alarm people, but for parents to take heed and realize that sexual abuse can happen to their children and in their homes. Not only that, it happens more frequently than people think. According to The Crimes Against Children Research Center, 1 out of 5 girls and 1 out of 20 boys are sexually abused. Or put another way, these statistics indicate that about 4-5 girls and 1 boy in your child’s elementary school class will be sexually assaulted before they reach adulthood.

What You Can Do

While nothing can remove the risk completely as you’ll never be able to watch your child all the time, there are general precautions you can take to reduce risk likelihood of your child experiencing sexual abuse. Some of these precautions include:

While most of this is pretty straight-forward, I wanted to elaborate a little more on the “Safe Touch / Unsafe Touch” talk. The purpose of this talk is to educate your children about what is appropriate contact and what is inappropriate contact with others. Parents should not assume this is common sense information for children because it is not.

Is ok for a stranger to tickle you? Can a doctor touch your private part if it hurts? Can a sibling wrestle with you without clothes on? You must respect adults, but what do you do if an adult does something to hurt you? Answers to these questions are unclear to children and need to be taught at an early age.

When your child is about the age of three you can start having conversations about safe touch and unsafe touch. This is not a one-time conversation and should be revisited periodically (1-2 times a year) or as needed since children are prone to forgetting. Use age appropriate language and don’t make a huge deal out of the conversation to avoid making it uncomfortable and stressful. Below are some tips on what the conversation can include:

Strangers: Children should not stay alone with strangers, and strangers should never touch children in any way (good or bad) if a parent is not present, unless a child is in extreme danger of course and the stranger is trying to save them.

School Friends, teachers, extended family and family friends: Tell your children that they can shake hands and hug when he or she wants to. Discourage older kids from sitting in adult laps. Talk to older children about not showing their awrah to others and not allowing anyone to touch their awrah.

Immediate Family and doctors: Tell your children they can cuddle, wrestle, hug and kiss parents, siblings and grandparents, but these immediate family members are generally not allowed to touch private parts. Explain to them there are very few and specific situations in which a parent can touch a private part like when putting diaper rash cream on a baby, wiping a toddler’s bottom after using the bathroom or when there is pain and a parent needs to decide if the child should go to the doctor. Make it clear that beyond these circumstances nobody should ever touch their private parts.

The last two points are extremely important as the majority of the adult victims that I see in my office tell me that they never told their parents. That means these parents interacted on a day-to-day basis with their children (eating dinner with them, running errands with them, tucking them in at night, etc.) for years without having a clue of what happened. Could you imagine that heavy invisible burden these children, and later adults, carried around with them day after day, year after year, and in some cases decade after decade?

It might be uncomfortable talking to your child about safe touch or unsafe touch. You might even wonder if you are giving the talk correctly. These feelings are ok and totally normal, but the key is to make sure you have this conversation, as it will be irreplaceable in the case that something happens. If you feel like you can’t have the talk for whatever reason then seek out resources online, consult with your child’s guidance counselor, talk to your child’s pediatrician, or find a mental health therapist to help you.

One thing to remember is that if one of your children has been sexually abused, know that it is not their fault or yours. Seek professional help as soon as you can to mitigate what happened and begin the healing process. The sooner you can get treatment the better, but also know that it’s never too late to get help either.

Sexual abuse cannot be eradicated completely but when we teach our children how to prevent abuse and intervene early we can make a big impact for generations to come. I sometimes wonder how much better life would have been for my clients, had people taught them these skills or intervened properly right away. How much of their trauma would be lessened and how much easier would their lives have been for them to know someone believed them and cared? It’s too late to go back and change childhood circumstances for my adult clients, but it’s just the right time for us to educate our children.

May Allah give us strength and the means to teach our children all the skills they need to protect themselves and thrive, and may Allah heal all those individuals and families affected by abuse.

Najwa Awad is a licensed clinical social worker (LCSW-C) that has provided psychotherapy to individuals and families in the Baltimore-Washington metropolitan area for over 10 years. She obtained a Bachelors degree in Psychology at George Mason University in 2005. In 2007 she received a Masters in Social Work at Virginia Commonwealth University specializing in the clinical treatment of individuals and families. Najwa also has post graduate education in the treatment of complex psychiatric trauma and telemental health (online counseling).  Her experience in the field is diverse and includes providing services at group homes, schools and in the foster cares system.  Most recently Najwa has been working and supervising in outpatient mental health settings providing psychotherapy to women, children and families. Commonly treated issues include trauma, mood disorders, behavioral disorders and anxiety. In addition to giving regular mental health workshops in the community, Najwa is also Fellow at the Yaqeen Institute for Islamic Research.

Najwa Awad is a psychotherapist and perinatal mental health specialist who is passionate about helping Muslims heal, grow, and thrive after adversity. She has over a decade and a half of experience providing online and in-person counseling to children, adults, and families at her practice Amanah Family Counseling. Najwa also enjoys giving workshops to destigmatize mental illness, address current mental health issues within the community, and promote psychological health from an Islamic perspective.