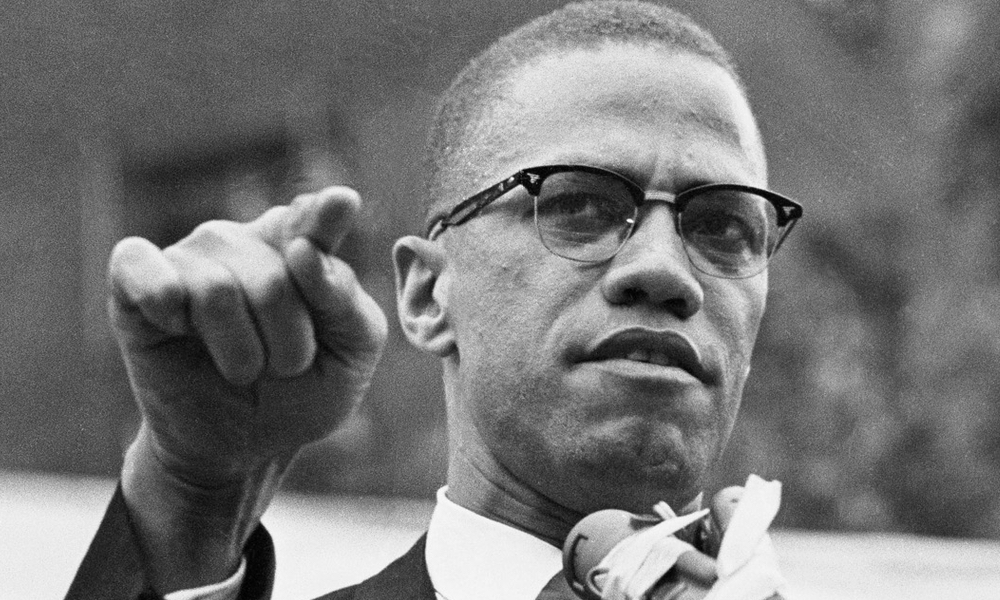 The following is an excerpt from a speech Sh. Omar Suleiman made at the Audobon Ballroom, where Malcolm X was assassinated.

Martyrdom at the Audobon

The martyr has eternal life. Malcolm may have died here, but as Muslims we believe that he was also received by his Lord, at this very spot, into a much better place. The Prophet Muhammad

But where does that leave us? The world, and this country specifically, needs Malcolm’s message now more than ever. With the deliberate attempts to erase him from history, we must push back. In his own words, “History is a people’s memory, and without a memory, man is demoted to the lower animals.” Multiple forces have tried, and continue to try, to silence Malcolm, but his voice is too powerful. He knew how he would be portrayed. As his autobiography was coming to a close, he said to Alex Haley, “When I am dead – I say it that way because from the things I know, I do not expect to live long enough to read this book in its finished form – I want you to just watch and see if I’m not right when I say that the white man, in his press, is going to identify me with ‘hate.’” 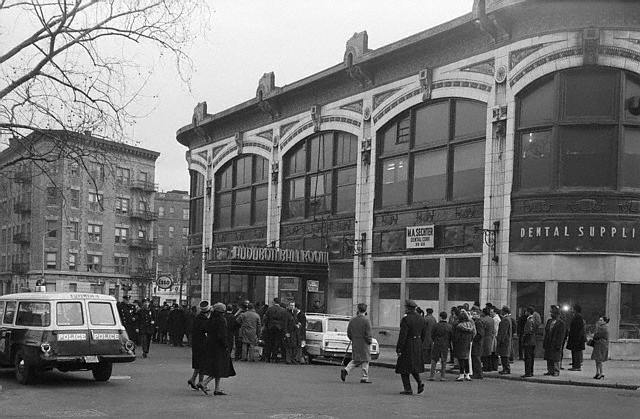 Caption: 2/22/1965-New York, NY: Crowds jammed the sidewalks outside the Audubon Ballroom in Harlem hours before the fatal shooting.

He also said, “I know that societies often have killed people who have helped to change those societies. And if I can die having brought any light, having exposed any meaningful truth that will help destroy the racist cancer that is malignant in the body of America then all of the credit is due to Allah. Only the mistakes have been mine.”

Malcolm had the courage to challenge everyone to do better. He challenged white America to reckon with its pathology of racism, and black America to strive for self-empowerment. He challenged Muslims globally to live up to the anti-racism scriptures of Islam, and to practice its doctrine of equality and striving for the oppressed. He challenged every human being to see their fellow man as a full human being. Finally, he showed us what it looks like to constantly challenge one’s own judgments and evolve with revealed truths. This was not only a sign of his integrity, but the mark of his undisputed sincerity.

“Despite my firm convictions,” he stated, “I have always been a man who tries to face facts, and to accept the reality of life as new experience and new knowledge unfolds. I have always kept an open mind, a flexibility that must go hand in hand with every form of the intelligent search for truth.”

He continued, “I’m for truth, no matter who tells it. I’m for justice, no matter who it is for or against. I’m a human being first and foremost and, as such, I’m for whoever and whatever benefits humanity as a whole.”

Malcolm never stopped growing. He was too great to stay little, too global to stay Detroit, and too defined to stay X.  He continued to grow until he became El Hajj Malik El Shabazz, our black shining prince. Yet, he was always critical of himself, and true to what he believed in. In March 1964, as he formally moved on from the Nation of Islam, he wrote in his letter to Elijah Muhammad, “I am and always will be a Muslim.”

He never took the more convenient route, only the route of truth. And he displayed, more than anything else, what it looked like when you had the courage to match your convictions. As Don Will said, “Change is revolutionary by nature and Malcolm’s transformation serves a lasting testament that we, as people, are not resigned to our character flaws or personal misfortunes. Your world is a microcosm of our world and they shift accordingly as well.”

Despite the fact that he was a minister in the Nation of Islam, the founder of Muslim Mosque Inc., and one of the greatest Muslims in the world, he rejected the term “honorable” for himself, choosing instead to be referred to simply as “Brother Malcolm.” However, as the eulogist said, “When we honor him, we honor the best of ourselves. Malcolm was a political, cultural, and religious revolutionary.”

The last words Malcolm was introduced with were from this spot, “The one who loves you so much that he would give his life for you.”

Malcolm loved the unloved because he knew what it was like to be abandoned.

Malcolm loved Ali before he shook up the world, when he was just a teenage Cassius Clay.

Malcolm was of the first to recognize what true intersectionality looked like when he became the first prominent black leader in America to speak out against the Vietnam War, and to recognize the injustices against the Palestinian people, whom he visited in Gaza in 1964.

Well before Wakanda, Malcolm knew that a strong Africa was essential to the plight of black people in America and around the world. Before the “Black Is Beautiful” or “Black Power” movements, before Ali said, “I’m beautiful,” and James Brown, “I’m black and I’m proud,”  Malcolm said, “Who taught you to hate the texture of your hair and the color of your skin?”

Malcolm unapologetically put global white supremacy on trial, and was willing to stand alone as its most vocal prosecutor. He boldly wrote from Africa, “I WANT TO DISMANTLE THE ENTIRE INTERNATIONAL SYSTEM OF RACIAL EXPLOITATION.”

We all owe him so much 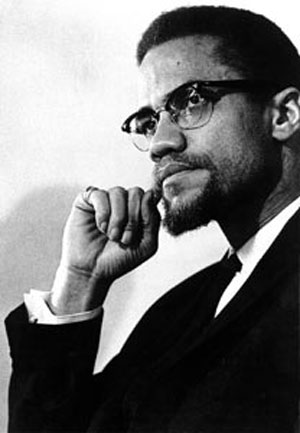 When Ali shakes up the world, we owe Malcolm.

When Chris Jackson, who became Mahmoud AbdulRauf after reading Malcolm’s autobiography, takes a stand against militarism, we owe Malcolm.

When Colin Kaepernick kneels in protest of police brutality, we owe Malcolm.

When young black children find beauty in themselves and refuse to internalize toxic bigotry, we owe Malcolm.

When a prisoner in America’s modern system of slavery starts to liberate his mind by reading, and finds hope in faith, refusing to succumb to what the system has tried to permanently reduce him to, we owe Malcolm.

When activists rise to defy seemingly unconquerable systems of exploitation, we owe Malcolm.

When young Muslims exercise their right to not only live with dignity in this country, but also challenge the country to be more dignified, we owe Malcolm.

Malcolm was and is our strength. He gave us shoulders to stand on and an intellectual foundation to build on. And he showed us how sincere faith can push us through any fear.

Why I Left The Muslim Leadership Initiative