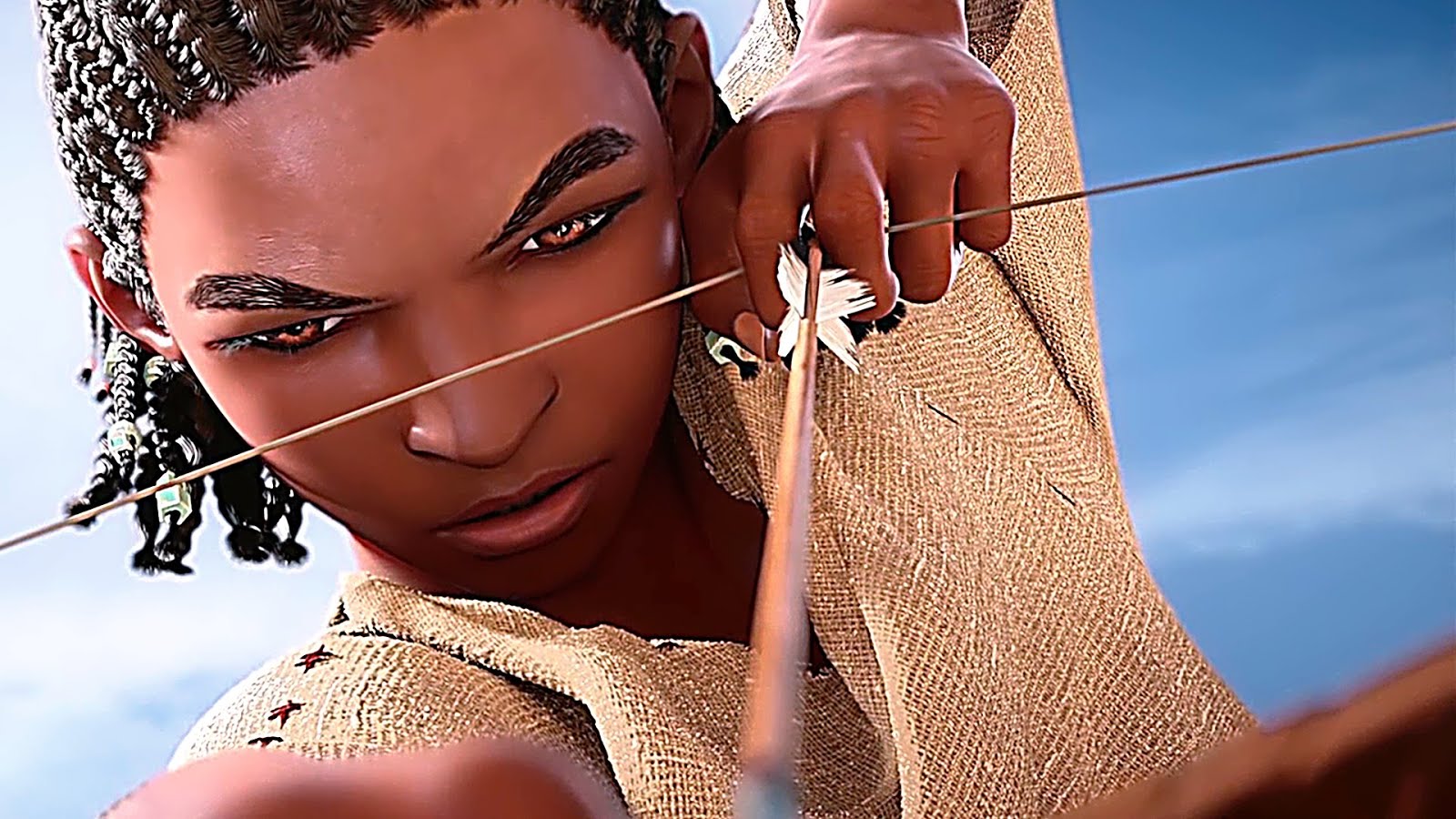 [This review is based on the English version of the movie. The versions in other languages may differ slightly.]

The first time I watched the trailer for Bilal: A New Breed of Hero, I felt a combination of curiosity, excitement, and a bit of confusion. I couldn’t tell off the bat that it was the story of Bilal Ibn Rabah

, but it grabbed my attention and I knew I wanted to see it. Fast forward a year or two later, and I finally got to watch it during a screening this past Monday! And I’m so glad I did. I ugly-cried through a large majority of the film, and while talking about it for days after, but I managed to jot down 5 things to know about the film before going to see it.

The movie is based on the life of Bilal Ibn Rabah

and stays true to it

While this may seem obvious to some, the film’s synopsis makes no specific mention of the time or place where the story is based:

A thousand years ago, one boy with a dream of becoming a great warrior is abducted with his sister and taken to a land far away from home. Thrown into a world where greed and injustice rule all, Bilal finds the courage to raise his voice and make a change. Inspired by true events, this is a story of a real hero who earned his remembrance in time and history.

For those unfamiliar with the story of Bilal Ibn Rabah, he was a slave of one of the most powerful leaders in pre-Islamic Arabia. He embraced Islam and became a follower of Prophet Muhammad

when he learned that all people are equal in the eyes of God. He was publicly tortured for standing up against his master and refusing to worship idols, as was the practice at that time. Bilal was freed once Abu Bakr

, a successful Makkan merchant who also embraced Islam, purchased him in order to rescue him from the torture of his master. He later became the first muathin (one who announces the call to prayer), hand-selected by the Prophet Muhammad

Although the film’s trailer contains some mystical elements (which made me skeptical of its historical accuracy), it stays true to the story of Bilal in the Seerah.

Be prepared for some intense scenes

Although it’s an animated film, it is PG-13. I still decided to take Kenzi as I assumed it would be due to the showing of torture when Bilal claimed his faith. However, the movie also includes scenes showing Bilal, his mother, and sister being captured as slaves, as well as battle scenes and sword fights. There is little to no blood shown throughout, and isn’t anymore violent than a superhero movie, but it may be distressing for very young children. I talked through the scenes with my daughter, Kenzi, and discussed a bit afterward, too.

It is a slightly secularized version of the story

While the story of Bilal is accurate, it is a bit whitewashed (for lack of a better term). For example, there is not a single mention of Prophet Muhammad

or Islam. Instead, the coming of the new religion is called “The Movement”. Abu Bakr (R), who is solely referred to as “Al-Sideeq” throughout the movie, plays the role of the figure who taught Bilal about the teachings of Islam and his value as a human being. Although “Tala’al badru alayna”, the famous song the people of Madina sang to the Prophet Muhammad

to welcome him and the migrating new Muslims upon their arrival, plays during the hijrah scene, I was disappointed that the adhan was not called during the film at all. Although there are a couple of mentions of the fact that Bilal’s voice was beautiful and that the Prophet Muhammad

chose him to call the prayer from the top of the Kaabah after the conquest of Makkah, the film ends right as he raises his hands to his ear.

While I admit I was a little disheartened at the omission of the adhaan and certain other key components of the story (such as uh, the fact that the whole story is based on Islamic history), I can understand why the producers decided to do it that way: 1) to avoid backlash from the Muslim community (we know how Muslims feel about cartoons) and 2) to make sure the story is enjoyed by all different kinds of people – not just Muslims. The film simplifies the concept of Islam to its core values – equality, honesty, righteousness, and monotheism – and shows that “The Movement” was revolutionary at a time when corruption was at an all-time high. It shows that Bilal not only embraced this new way of life, but that he bravely spoke up against injustice. Bilal, then, is a universal story about humanity and courage – that everyone, despite their background or religious affiliation, can enjoy and learn from.

While the film does a better job than I expected of telling his story, it may be difficult to follow for younger children as it includes many other characters. You can tell that the directors were trying to fit as much of the story in as possible in the 105 minute movie. I took Kenzi without any sort of context or background knowledge to see how much she would be able to pick up on just from watching the movie itself, and I feel like she would have understood it a bit better had she been introduced to Bilal through an oral telling of the story first. There are a many simple versions to refer to online.

Growing up, my parents showed us “The Message”, a 3-hour biopic produced in 1976. I’ve seen it over 20 times. And while it’s outdated and much lower quality than anything on TV today (or even back when I was a kid), it played such an important part in my learning about the Prophet Muhammad

and the history of Islam. I connected with the characters and their stories, and it truly ingrained in me the love of my faith, the Prophet

, and his companions – more than any lecture or story in a book ever could. As everything becomes more and more about “the experience”, it’s important for us to keep up and provide our children with engaging, well-done content to help them connect with their faith, as well. Bilal is a wonderful example of that.

Find “Bilal: A New Breed of Hero” showtimes at a theater near you!

The Mega List Of Resources On Bilal Ibn Rabah, Reviews And Critiques of The Movie Bilal- A New Breed of Hero