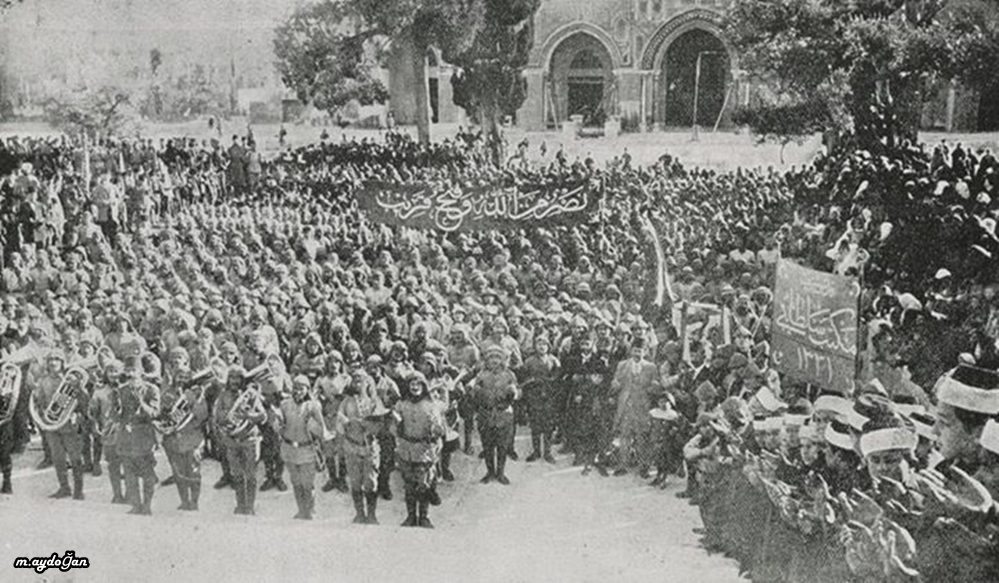 As dawn broke across Jerusalem on the morning of the 11th of December, the world held its breath as the central players in a struggle stretching across continents prepared to take the stage. 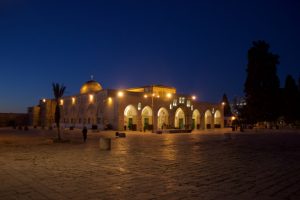 In Masjid Al Aqsa, Fajr prayers had just ended. A sense of impending doom hung thickly in the air. The people had no way of knowing that this would be the last prayer in a free Al-Aqsa for more than a century. They had no idea that after today they would no longer be the masters of their own destiny. They could not know that they were about to become refugees in their own land. 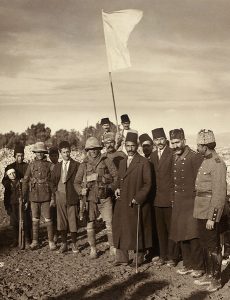 The Turks had evacuated the city the night before. The Ottoman Empire was already struggling to survive under the combined assault of the British, French and Russian Empires. During this existential threat, the Arabs stabbed them in the back. They had valiantly fought on all sides, but slowly and surely, their defences crumbled one by one. Three times the Allied Expeditionary Forces had launched an all out assault on Gaza, and three times they were pushed back. But there is only so long you can take on the world and win. Gaza fell. The road to Jerusalem was clear. 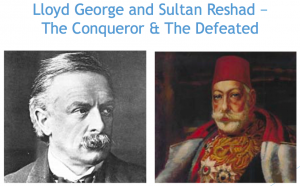 In his private study in London, PM Lloyd George was ecstatic. Things had not been going well for the allies on the European front. Millions of lives had been lost fighting the Axis powers in the trenches of Europe and yet there was precious little to show for it. Jerusalem was just the Christmas present the people needed. At the same time, half away across the world, Sultan Mehmed Rashad – the 35th (and penultimate) Ottoman Sultan – was receiving the same news. His people had died in their hundreds of thousands too, but losing the holy land was the bitterest of blows. He slumped deeper into his chair, unaware that rather than rallying around him, many of his subjects were preparing to revolt instead. 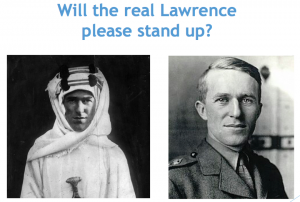 Meanwhile, a young man had arrived in the British camp dressed in his traditional flowing Arab garbs. More than any other person, he had helped encourage the Arabs to revolt against the Ottomans. He had used his deep knowledge of Arabic and the bedouin culture to gain the trust of the Arabs. Crucially, he also had dreamt of following in the footsteps of the Crusaders and Knights that he read about in his childhood. He requested a change of clothes. Within seconds Lawrence of Arabia with his Arab clothes was gone and in his place there stood Colonel T. E. Lawrence – the last Crusader. His dream was about to come true. 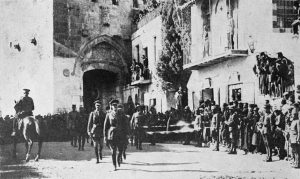 Outside the walls of Jerusalem, General Edmund Allenby prepared himself for the defining moment of his career. He was a hard working soldier, but he was always left in the shade of other more senior war heroes like General Haig. No more. This was his moment. He got on his horse and rode up to Jaffa gate. There, to show his humility as a conquering leader – following the example of Umar (R) more than 1300 years ago – he got off his horse and walked into the city on his feet.
Jerusalem had fallen.
In the years that followed, there were periods of partial control, but the reality is that this was (and still is) mere appearance. 100 years later, we are more disunited than ever, we are more disorganised than ever and we are more lacking in leadership than ever. Unless we learn lessons from our past, we are condemned to repeat the same mistakes in the future.
Share145
Tweet
WhatsApp
Reddit
145 Shares