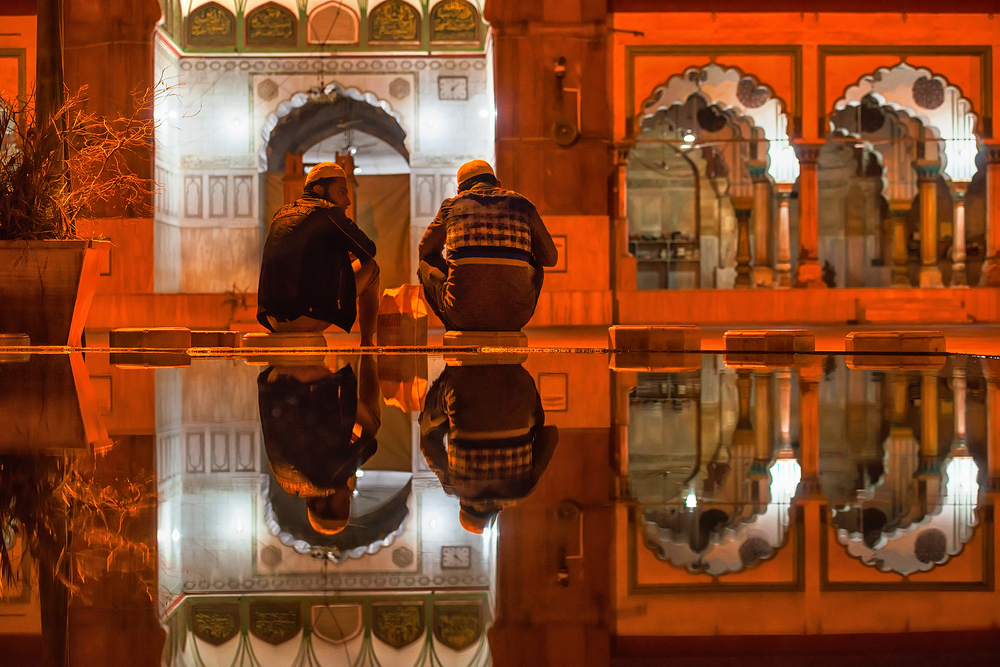 Transitioning out of college can be challenging for many when it comes to finding a role in the community. After leaving college, MSA becomes a idea of the past, the overarching structure vanishes, and people are left without a roadmap to rejoin the community. No clear path exists for those seeking to be involved, and many alumni are introduced to the idea that community work is not their responsibility–a very dangerous notion.

At the base of this dilemma lies the question: how can we maximise human capital in the Muslim community? Given the nature of Islam when it comes to community, it is an unavoidable reality that one must be participate in one form or another within the larger American Muslim society. Although rekindling a relationship with one’s respective MSA as an alumni is one way to get involved, it’s not the only way to give back. One alternative is to be involved in the local community, and this comes in various shapes and forms. For now, the focus will be the role one can play as an active community member in the masjid.

A key element of developing ourselves as Muslims is through community. Without investing in the community there would be no foundation for Muslims in this country, as we lack larger governmental infrastructures that uphold a sense of Muslim culture or morals. Community work goes beyond the measurable results. It fosters a sense of belonging, unity and identity through culture. These are fundamentals for our success and survival especially as a minority group. Abandoning the larger body of Muslims isolates one from the community and hurts the overall productivity of Muslims as a whole. Given the current climate, it is hardly the time to shy away from developing our Muslim community. How do we ensure we take a productive part in our communities? In the absence of a college paradigm, where MSA’s are no longer around, paths and roles can be a bit messy for Muslims who are no longer attending college. It’s important to note that Islam has predated MSA’s by 1400 years and is by no means bound by this structure. However, in recent years Islam has been constricted, especially for younger people, to MSAs limiting how Islam can be practised in an institutional sense. There exists numerous ways to be active in the Muslim community, and this by no means prevents Muslim involvement outside of our community.

Lives of early Muslims were centred around the masjid. Gathering for prayers when they had time, staying after to talk to one another, and staying connected with one another helped them maintain the bonds of brotherhood that are so vital to Islam. As a focal point the masjid acts as a foundation on which to build one’s faith. Adhering to this basic modicum of practising Islam, frequenting the masjid keeps the religion fresh in the heart and mind of the believer as long as they are sincere in their efforts to connect with Allah and his other servants.

The focus of this piece will remain as community work tied to the masjid as an institution. Two important assumptions should be noted: the first is that the individual is a practicing Muslim who has a relationship with Allah privately, and the second is that the masjid is an inviting space that fosters a preexisting community. The following is not meant to be a specific prescription, rather, an overview of ways to be involved with the masjid.

Start with making daily prayers at the masjid. It is a simple and highly undervalued means of keeping a connection with communal Islam. Simple attachment to the masjid by offering prayers isn’t the goal, building a human connection with the other congregants is. As basic as it sounds, getting to know the people one prays with, even if it remains surface level, builds that sense of community. Neither activism nor deep spiritual knowledge is required for this. All that is required is the need to fulfill the five daily prayers and express love for other Muslims. Congregational prayers are bound to keep some semblance of community in one’s life. This works well for those who are strapped for time and find it hard to dedicate portions of their day to causes. Community work is typified through campaigns around social or political issues, and these don’t need to be the foundation of why people get involved with the community. It is also a viable solution for those who don’t have a strong Muslim presence outside their home and wish to keep the feeling of communal Islam strong, given the masjid is a welcoming space.

Making the prayers could be a good introduction to attending classes or events at the masjid, another commitment that generally isn’t very time intensive, but that is very beneficial to one’s Islam. Classes enhance a believer’s knowledge of the religion along with opening opportunities to meet other Muslims. Just as a social component is necessary in one’s Islam, so is a knowledge base. This makes for more well rounded Muslims and sustains the connection of Islam to the heart of a Muslim. In addition, those who organise and teach these classes have invested a good amount into them and shouldn’t have their classes go unattended.

The means for getting involved by visiting the mosque for prayers or classes are very much tied to the individual. They require a lower time commitment and don’t require work to be done outside of being at the masjid. Though it does work to situate one with the larger community, there are larger systems to take part in. There is little to no commitment to others in this type of involvement, and because of that the impact one can have on a larger scale is limited. There are a few options for one to take to get involved further.

If one has more time to spare, getting into involvements which permeate outside the masjid walls becomes a possibility and allows for a greater effect to be made. No longer is your involvement just personal engagement, but now it encompasses a more tangible social fabric. Halaqat, for example, are one way to do this, since classes or lecture series’ generally don’t require attendees to do more than listen to the material, they can be narrow in their effect. Halaqat are tighter knit and higher intensity their focuses, and they can be more flexible and expand beyond the masjid walls.

Moving beyond the general classroom and into a more closed off space can allow for more serious discussion of topics as well. Halaqat should not be limited to just meetings for discussion but baselines for actions. They can lead to humanitarian work in the community, such as feeding the homeless, masjid beautification projects, and volunteering for other social services as a group.

Just as how we invest in our own Islamic learning and growth, it is vital we invest in the new generation’s. The need to do this is immense, but the work being done to achieve this goal doesn’t always show that. Many times, communities are not invested in their younger generations, leaving a chasm in the community. This void needs to be filled with wholesome activity and interactions.

In the traditional masjid space, the suggested involvement for youth is in line with established practices. Two staple methods of getting involved are Sunday School and Youth Group. Many times, as the only means of involvement with the masjid, these two are vital to the bridge between new and old generations. Because of this, it is imperative they function smoothly.

Youth Groups should function primarily as a way for younger Muslims to feel connected to the masjid, and each masjid is different. For some, feeling connected might mean opening the floor to a question and answer session by the Shaykh, or playing sports, or nature hikes, or beach clean ups or any number of activities as long as they fall within the Islamic guidelines of interaction. What Youth Groups generally should not be are dry or repetitive lectures on matters that have little relevance to them. Those who step up need to understand the importance of long term relations with younger Muslims. Too many times the commitment to youth groups is done with passing of mentors coming and going at whim. This is more hurtful in the long run, as mentees fail to develop long term bonds, or worse, have those bonds broken.

The other staple of masjids are Sunday Schools, which generally target a younger demographic. They also serve an important role for masjids in relation to youth. Where these two differ is the focus on education. Youth Groups tend to be more flexible, while Sunday Schools follow curriculums more closely. To create better environments for learning, teachers should be given training on how to teach based on modern learning techniques. Sunday School should be a path to foster love for the masjid and Islam over rigorous curriculums and memorisation of Islamic facts.

There exist endless ways to be involved with a masjid, and the suggestions above are confined to traditional understandings of the space and are by no means exhaustive in this category. They constitute a broad outline to approach involvement in the masjid for anyone looking for a community. The most important takeaway from this is that Islam is, and should be, a community. We all belong to it once we say our shahadah and it is our duty to be part of that community in any role that we can fit into. Don’t limit yourself in how involved you can be, explore all the different ways there are to be involved and find your way to give back.

A Du’aa Better than Hours of Worship