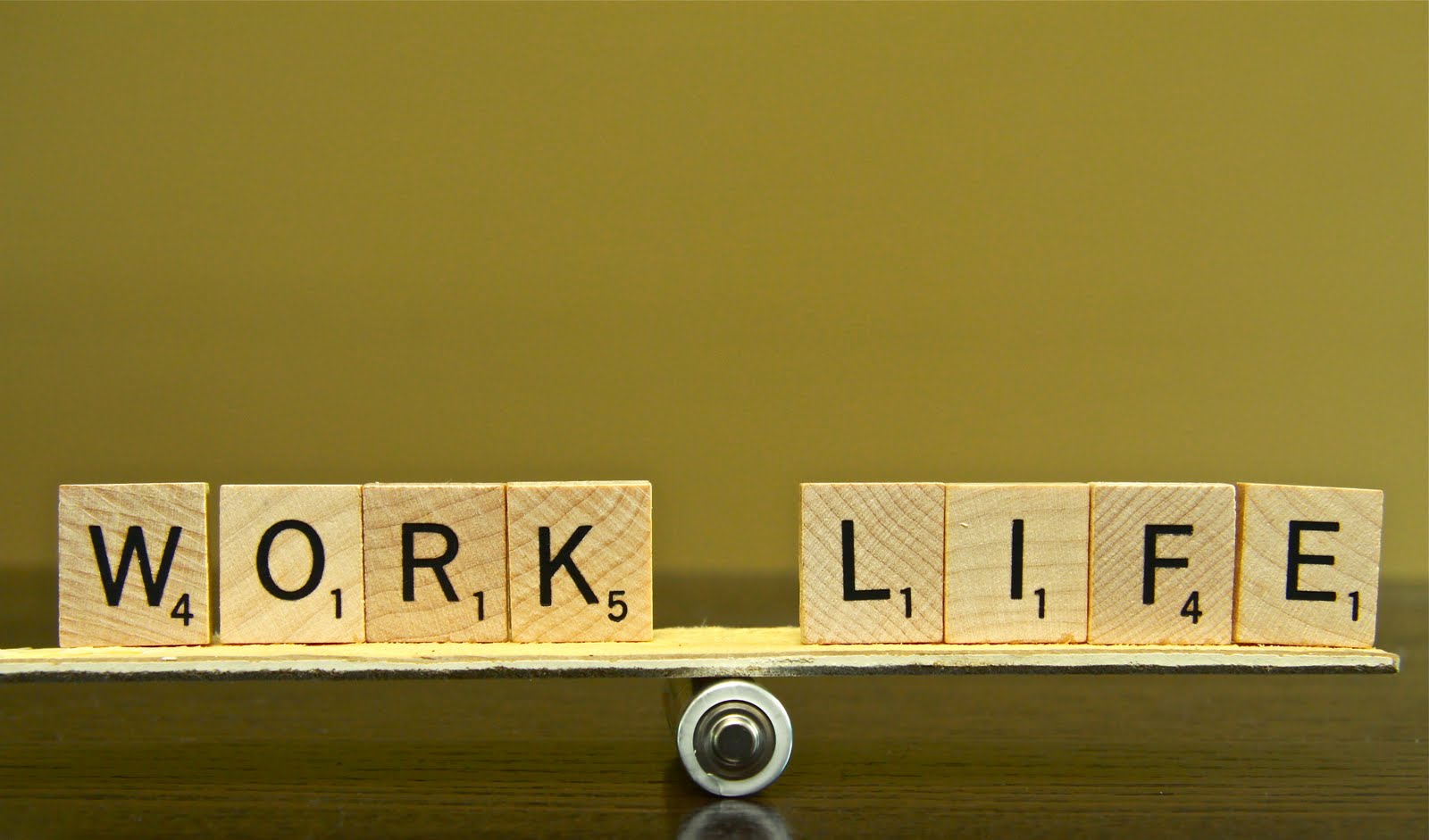 Way back in 2011 I was able to witness the memorization ceremony of a convert Muslimah, sister Julie. She had been Muslim for a few years up until that point and had just completed committing the Quran to memory. I conducted a brief interview with her and picked her brain on how she maintained a work-life balance, her journey memorizing as a convert and as a non-Arabic native, and gems and advice she wanted to share for those seeking that path.

1- What kept you motivated during your hifdh journey, and now while you revise and teach?

Before beginning hifdh, I had already thought about why I wanted to complete the memorization of the Qur’an, and I was completely determined to reach this goal. This full commitment and remembering ‘why’ I was going down this path helped many times while memorizing, and also as I continue to revise and learn other branches of Qur’anic knowledge and teach others. It would be very difficult for anyone to complete their memorization, particularly as an adult, without this strong resolve and consciousness of the benefits and rewards of hifdh.

2- What advice do you have for huffadh and teachers who struggle with ‘fame’ and praise?

Realize that hifdh, or knowledge of the Qur’an in general, is a blessing from Allah. Know your own shortcomings and what you need to work on. Make and reflect upon the following du’a taught to us by the Prophet

: “Oh Allah do not call me to account for what they say and forgive me for what they have no knowledge of and make me better than they imagine.”

3- What was the most difficult struggle you’ve had to face, and how did you overcome it?

Nothing out of the ordinary came up while I was doing hifdh. The most difficult issue was balancing work and other obligations along with memorization over an extended period of time. It is necessary to consistently maintain a high level of discipline to keep everything on track.

4- What do you think is the main reason why people struggle to stay motivated to finish their memorization?

The reasons would differ from person to person and could include spiritual factors, such as a wrong intention, or issues with other factors such as discipline or consistency in memorization. One trap that some students fall into is that they begin hifdh because the idea sounds appealing, yet they omit to plan sufficiently for how they are going to accomplish that goal. By omitting to make a realistic plan or find a teacher who can guide them, many people become quickly overwhelmed and give up.

5- Do you think there is a lack of qualified women Qur’an teachers in North America? If so, in your opinion, what steps can we take to change this?

I feel like there is a lack of qualified Qur’an teachers in general in many North American communities, and this is even more apparent in the case of female teachers. This begins with our own attitude towards the Qur’an and religious knowledge in the sense that it is not always seen as a priority. The situation is further exacerbated by many cultural issues when it comes to the education of women. By turning to the Qur’an itself, as well as the hadith, we can see the rewards of reciting the Qur’an for both men and women, as well as memorizing it, teaching it and acting upon it, and this is something that we need to take to heart and strive to attain. The factors underlying this issue and the steps to change it are numerous and would be worthy of a more detailed discussion beyond the scope of this short interview.

6) What was the defining moment for you, the moment you decided “no more excuses, it’s do or die time”?

Hifdh had long been a goal of mine and I had already memorizing on my own at a relatively slow pace for quite some time. Along the way, I became very interested in doing hifdh more seriously to attain that goal, and had already started to pick up the memorization pace on my own. However, it is difficult to complete the entire Qur’an, particularly at a fast pace, without a teacher or significant support mechanism from a mentor. Shortly after deciding to speed up my memorization, I came into contact with my future teacher learned about his hifdh program for adults. It’s not every day that such an opportunity presents itself. Already being serious about reaching this goal and knowing that opportunities like this do not necessarily last if you pass them up, I wasn’t going to let the opportunity go by!

7) Was there anything you had to sacrifice? (Friends/social life, volunteer efforts, meaningful hobbies)

An adult memorizing the Qur’an will generally have many other obligations to fulfill at the same time, such as work, education and family commitments. Serious memorization takes time, such that memorization combined with these other obligations leaves little time for optional social activities. It is necessary to cut back on some of the optional social commitments, while leaving time for a little bit of fun and the activities most important to you in order to keep some balance. This is easier said than done and it was necessary to make adjustments along the way.

8) What did your daily schedule consist of, from the time you got up in the morning to the time you turned in for the night?

This changed over time as the memorization progressed. At the beginning, I would memorize half a page in the morning and half a page in the afternoon. As I became more accustomed to memorizing, I increased this amount to two pages a day, and worked up to four pages per day closer to the end. I would call my teacher by phone after every page to recite. I also worked part-time, and would often shift a portion of my work to the evening to compensate for the time spent on memorization during the daytime. As much as possible, I would prioritize completing my daily memorization and slot in other commitments around hifdh.

9) I’m sure this next question is on the mind of many sisters: Do you teach? If not, do you plan on teaching in the near future?

I teach tajweed, but I do not currently teach hifdh. My teaching will likely continue to concentrate on tajweed in the near future.

10) Having memorized the entire Qur’aan, what’s next?

I am working hard on review to strengthen my memorization. I am also studying the 10 qira’at to learn the different authentic recitations of the Qur’an, as well as working on Arabic language skills.

11) What the single most important thing you’d like to tell people who plan to begin hifdh?

Many people want to memorize and are in a position where they can make time for hifdh, but they are scared to take the first step. As with any large task, the hardest thing is often taking the initial step to get started. If you are serious about doing hifdh, don’t let your own hesitation hold you back!

12) How do you retain what you memorized now that you’re done?

Review, review and more review! Hifdh is never really ‘finished’ – the initial memorization is only the first step, and then a consistent review is needed to maintain and strengthen hifdh. I mostly review on my own, but it is also possible to review with a teacher or a friend/family member, depending on individual learning styles and preferences.

13) If you could give 3 tips to a person setting off on their journey of being a student of the Quraan, what would they be?

a) Never forget the spiritual aspects, such as continually renewing your intention and making du’a.
b) Give the Qur’an priority in your life.
c) Find a qualified teacher who is knowledgeable in the Qur’an and who can also give you guidance and feedback to help you reach your goal.

14) What advice can you give to non-Arabic speakers about memorizing the Qur’aan?

It is well known that one of the miraculous aspects of the Qur’an is that it can be memorized by Arabic and non-Arabic speakers alike. Arabic speakers have an advantage in the sense that they understand what they are reciting, but this also introduces a greater possibility for mistakes in memorization by accidentally changing or substituting words. For non-Arabic speakers it is the opposite: it may be harder to complete the initial memorization, but there is less tendency to ‘read in’ words which are not actually part of the Qur’an. Arabic language knowledge should not be an excuse for putting off memorization. Of course, one should also make an effort to learn the Arabic language since the broader goal should not only to be to memorize, but also to understand and implement the Qur’anic text.

15) Did you use any particular techniques?

Many people have the misconception that there is a special technique or a ‘trick’ to memorizing. However, the actual mechanics of memorization simply go back to repetition. There is no way around this, and it is necessary to repeat the verse as many times as it takes to be able to read it fluently from memory. The number of words memorized at one time, the number of times the verses needs to be repeated, etc. are dependent each individual’s natural abilities, experience memorizing and the ease/difficulty of the passage being memorized.

16) How did you feel when you recited the final ayaat before completing your hifdh?

It actually felt very normal! After consistently memorizing for a long period of time, it took some additional time to sink in that there were no more additional verses to memorize!

How Not To Be A Loser on The Night of Decree