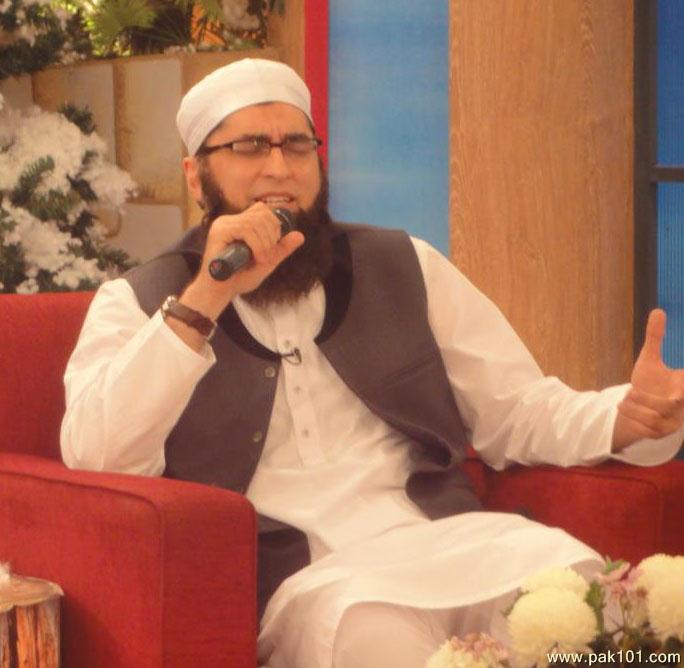 Naath Khwaan, Munshid, Pop Singer, Entrepreneur, public figure, family man and devotee; Junaid Jamshed was a beautiful person with a beautiful voice who displayed some of the most melodious ensembles and works of art that the Muslim world has ever known.

Although born and raised in the United States, I grew up listening to the Sabri Brothers, Nusrat Ali Khan, Mehdi Hassan and the Vital Signs. My cousins (Muhammad Saadullah and Muhammad Saeedullah of the nasheed group 786) and I would spend countless hours listening, practicing, listening, practicing and honing our vocal/instrumental skills based upon the exceptional work of these icons. At that time the group Vital Signs was new. They were the trailblazers of their time. They were constantly booked and overbooked. Their popularity knew no bounds. This “Pakistani Boy Band” was the new face of resurgence for Pakistani youth. They had the support of some of the most powerful political and entrepreneurial figures not only in Pakistan, but also around the world.

Amidst all of that noise, Junaid Jamshed (May God give him peace, forgive his sins and raise him to the highest level in paradise) only heard one voice:

“So remember me; I will remember you. And be grateful to Me and do not deny Me.”

It called to him, to his soul, which was a precursor to the biggest challenge in his life, making the transition! Keeping things in context: He was handsome, youthful, popular, influential. The world was at his fingertips, yet he still felt empty, he yearned for more…

A series of circumstance led him to abandon his iconic status in the realm of pop culture and to embrace a calling towards using his passion, his voice and his brand equity to spread the beautiful message of Islam. Junaid Jamshed had himself committed to a higher cause!

He was a trailblazer of his time. His was a perfect case study of a human being who presented us with a storyboard showcasing an individual who had the guts and the will to transition to a higher ground.

When one door closes another one opens —the bounties of God are endless and He showered his blessings upon Br. Junaid and all of his work. Envious am I of his devotion towards praising the Mercy to the worlds, Sayyidina Muhammad Mustafa ﷺ. Junaid Jamshed has performed Naat/Nasheed (Poetry praising the Prophet Muhammadﷺ) in thousands of gatherings across the world. He became one of the top reciters in his field.

There is a tradition of the Prophet ﷺ that states that every gathering where Muhammad’sﷺ name is not mentioned becomes a liability on each person in that gathering. Think of how many gatherings were saved because he showered blessings upon the Prophet ﷺ in the most beautiful of ways.

As an entrepreneur, God Almighty opened a way for him to make Halal Rizq (Righteous provisions) by making several investments into businesses that would benefit the people. One of his more famous outfits was his clothing line. I myself would make it a point to always stop by his store in Houston and grab several sets of Shalwar/Khamees (Traditional Pakistani clothes) when I was in town for a speaking engagements not only to support his business, but because like his voice, he produced such a high quality products and made them affordable for everybody.

Like all humans he too made mistakes. I remember how people would ridicule him on various issues and try to demonize and defame his character when he stepped out of his lane (In terms of expertise). I also remember how he handled these challenges by publicly apologizing, emotional with tears in his eyes and begging people for forgiveness. I thought to myself that when a person is close to the Prophet ﷺ and the Kalamullah (The word of God), one cannot help but to have a soft heart guided by sincerity. I thought to myself, this is what it means to be a human being, these are the steps towards repentance and his was a true model of leadership owning up to his mistakes and empowering the people with the opportunity to forgive his transgressions.

I remembered hearing about how he was beaten publicly by an angry mob of people, how they humiliated him, caused him grief and harm. I also remember his silent response to this atrocious event and his patience in the wake of calamity. I thought to myself that these people have incurred crimes against a man that is favored, that has devoted himself to spreading the word of God and praising the Prophet ﷺ as a way of life.

As a Muaddhin, Qari, Munshid and Naat Khwan, I cannot help, but feel sorrow in my heart for the loss of this wonderful human being, peer and mentor. The story of this man was elevated, because of a brilliant decision that he made to choose Allah ﷻ above everything else. Another giant reclaimed by the Lord of the worlds and another void in the fabric of our global community. He will be missed, but the ambassadorship of his devotion must carry on. He was a devoted to the Prophet ﷺ not only through his speech, but also through his actions. He was given a lot and he turned around and gave it all back to glorify the religion of Al-Islam for the pleasure of Allah ﷻ.

May Allah ﷻ forgive all of his and his families’ sins. May they be raised to the highest pinnacle in the heavens without accountability and may he then reside by the fountain of Al-Kauthar in the blessed company of the beloved ﷺ. May our singers, vocalists, composers, musicians and producers use their talents in a similar manner to elevate themselves by serving humanity.

I may begin reciting naats and nasheeds again… I may do this in the privacy of my own home. I may continue to the famed Diyanet Center of Maryland or I may find myself in Madinah “The Radiant” as I walk barefoot in her alleyways, making my way into the heart of Masjid An-Nabawi…

“Everyone upon the earth will perish, and there will remain the Face of your Lord, Owner of Majesty and Honor. So which of the favors of your Lord will you deny”