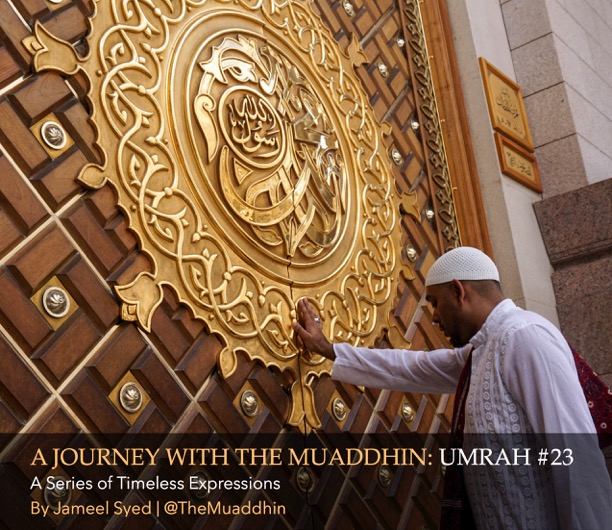 When your name gets called in the throne room, you know you’ve hit the jackpot! Ramadan of 1998 was my first trip for Umrah. A gift from my parents for graduating from the University of Michigan. I remember descending into the valley of Makkah like it was yesterday— moving closer to the object of desire. 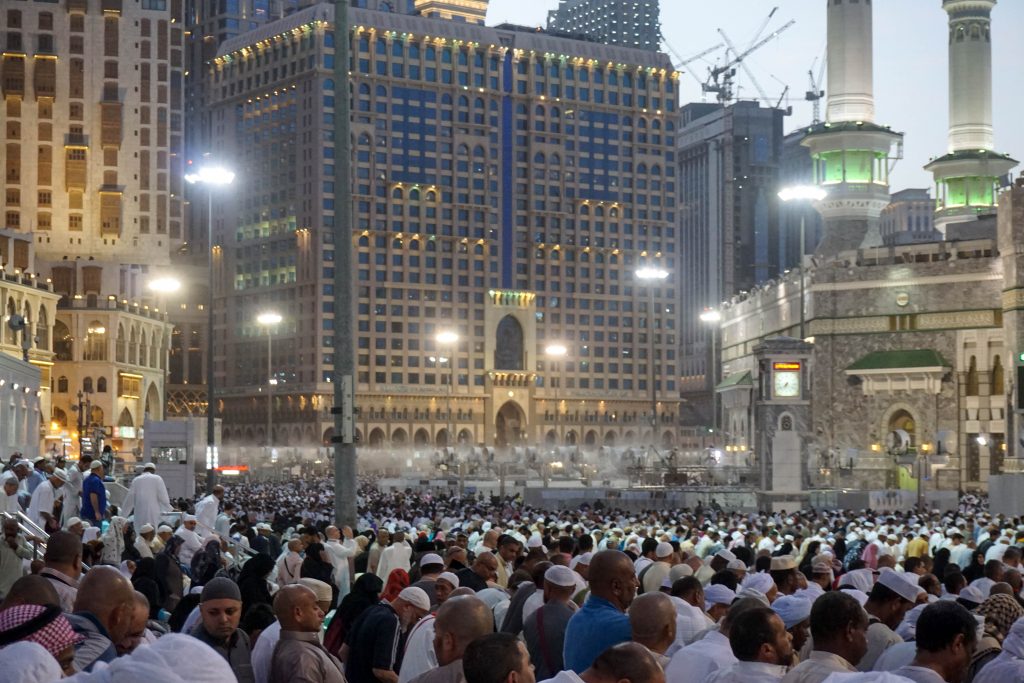 We chanted louder and louder as we moved closer to the object of our desire. A response to an ancient call. An Abrahamic tradition inaugurated by the father of all things monotheistic. I remember my heart pounding fast, then faster and my eyes swelling up with tears. It was night time and the white marble on the ground was cool to the touch. “Labbaiyk”, I continued as I walked into the sanctuary, gaze lowered, moving through the corridor in a dream-like state, surrounded by thousands I continued until I finally stopped. I knew that I was in the presence of majesty. I slowly raised my head and my eyes beheld the single most awesome sight that I have ever witnessed. I’ve carried that feeling with me for almost two decades and twenty-three trips. Never have I been desensitized to that feeling and never have I taken for granted being a guest in the “Blessed House.”

Millions of people have been frequenting the Haramain (Sanctuaries) for centuries. People come from far and near to have their prayers heard. There’s not a tribe, city, state or country that isn’t represented in the holy lands. Different people with different skin colors eat different foods, speak different languages, wear different clothes and practice different customs, all gathered in one place to celebrate peace, brotherhood and unity. The beauty of it? As different as they all are, when the Muaddhin raises the call to prayer, every individual from every nation stops what they are doing and responds to his call, faces the Kaabah and engages in prayer.

Makkah and Madinah both have their own flavors. The fast paced city feel of Makkah is rivaled by the laid back leisure of Madinah. Both cities embody a personality which you can feel in your bones and in the air. Both are complimentary to one another, each in perfect harmony, yet bear different fruits. Makkah will magnify your deeds 100,000 times, while Madinah connects you to the greatest being the world has ever known.

Both make you feel safe, privileged, humbled and honored.

Life can be trying. It can weigh on a person through a series of negative experiences and trials that can prove to be challenging on the highest level. A visit to the Haramain can afford you the opportunity to reset, gain perspective, have a vision or find a path. All the worries of the world can be washed away with Zamzam or with a simple sajdah. A person can reach true euphoria, simply by sitting still and looking at the Kaabah or sending salutations upon the Prophet ﷺ .

Towards the end of the chapter titled: “ The Repentance” Allah, the Exalted reveals two verses in the Quran that are a perfect balance between the two cities and what they represent. In relations to His Prophet who is linked to Madinah:

“There has certainly come to you a Messenger from amongst yourselves. Grievous to him is what you suffer; [He is] concerned over you and to the believers is kind and merciful”.

Then to Makkah and the bounty of Allah:

“But if they turn away, [O Muhammad], say “Sufficient for me is Allah; there is no deity except him. On him I have relied, and He is the Lord of the Great Throne.”

There are tiny miracles occurring every step of the way. Within each moment, someone is forgiven, granted a child, given a raise, cured of illness, vested with peace, their status raised…

Through the eyes of a Muaddhin, every time I look at the Kaabah, I can’t help but be reminded that there was a moment in time where a black man who was once a slave, who sat on the lowest rung of his society was honored and dignified above every elite soul gathered in front of the Haram in one of the greatest historical moments the world has ever known. It was during the conquest of Makkah, that my master Bilal ibn Rabah “Al Habashi” was commanded to ascend the Kaaba and publicly raise the adhan as an announcement that Islam had arrived. 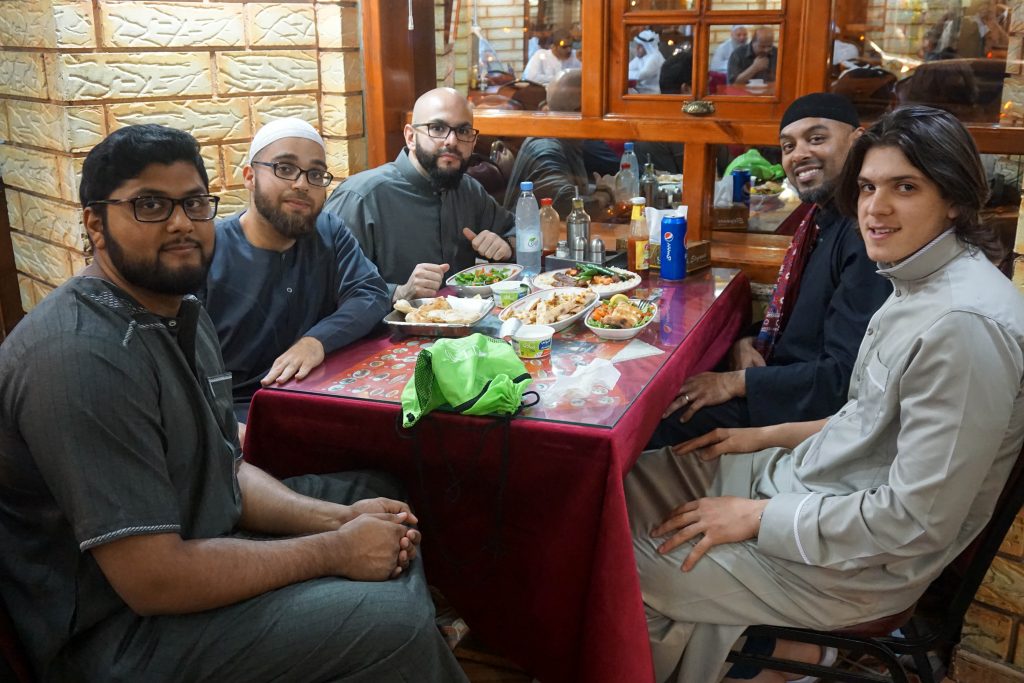 Sayyidina Muhammad, Mustafaﷺ brought the promise of Islam and he was good on his words. The words of Allah, represented by his tradition manifested the very creed of social justice. It is imperative to connect that history with our current situation.

As much as a trip to the Haram is an opportunity to reset, gain clarity and find purpose, I believe it can and should also be a launching pad for executing great deeds and benefit to society at large. We must connect with our spiritual self and history and ask the Almighty to use us to enjoin good and spread light. 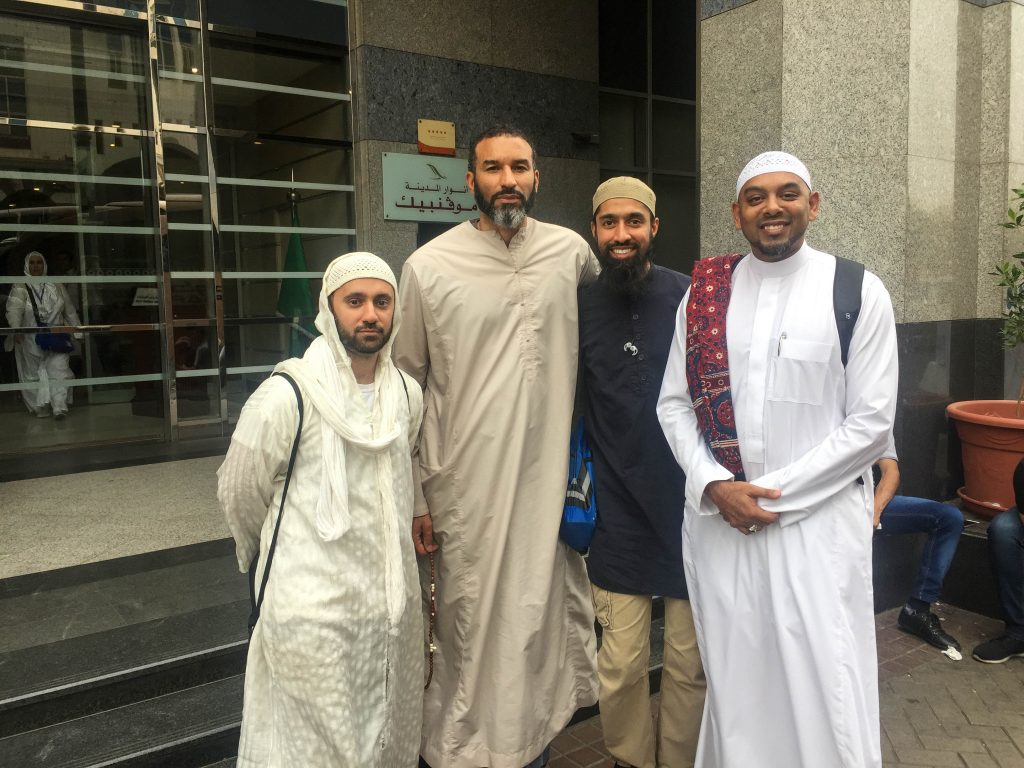 This trip in Madinah, I met many personalities that are working hard for Islam in the west. Amongst the notable personalities were the Qalam Institute, Ustadh Wissam Sharieff, Imam Dawood Yasin, Imam Khalid Latif, Imam Omer Bajwa, Ustadh Jameel Besada. We met in the best of places in the best of times. We conferred with each other on matters of spirituality and activism while we ate the blessed dates of the city of the Prophetﷺ. 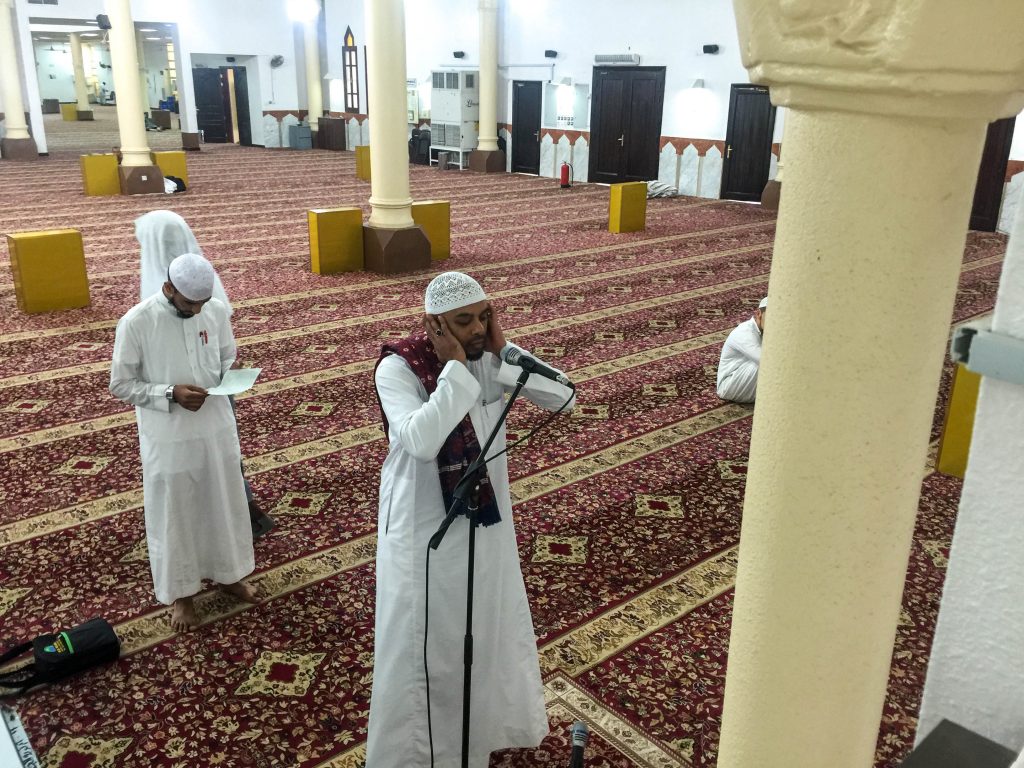 Amazing things always happen on these trips. The most precious gift for me during this experience was being given the permission to raise the adhan in two masajid of the holy city: Darul Hadith and the famed Islamic University of Madinah. Never in my wildest dreams did I think this would be possible. To sign and seal the deal, one of the scholars of Masjid-An-Nawabi, wrote me a letter confirming the two events, then said to me: “Go and present this parchment at the feet of your mother so that she may know that her son has made Madinah, the Radiant, his witness on the day of all days.” 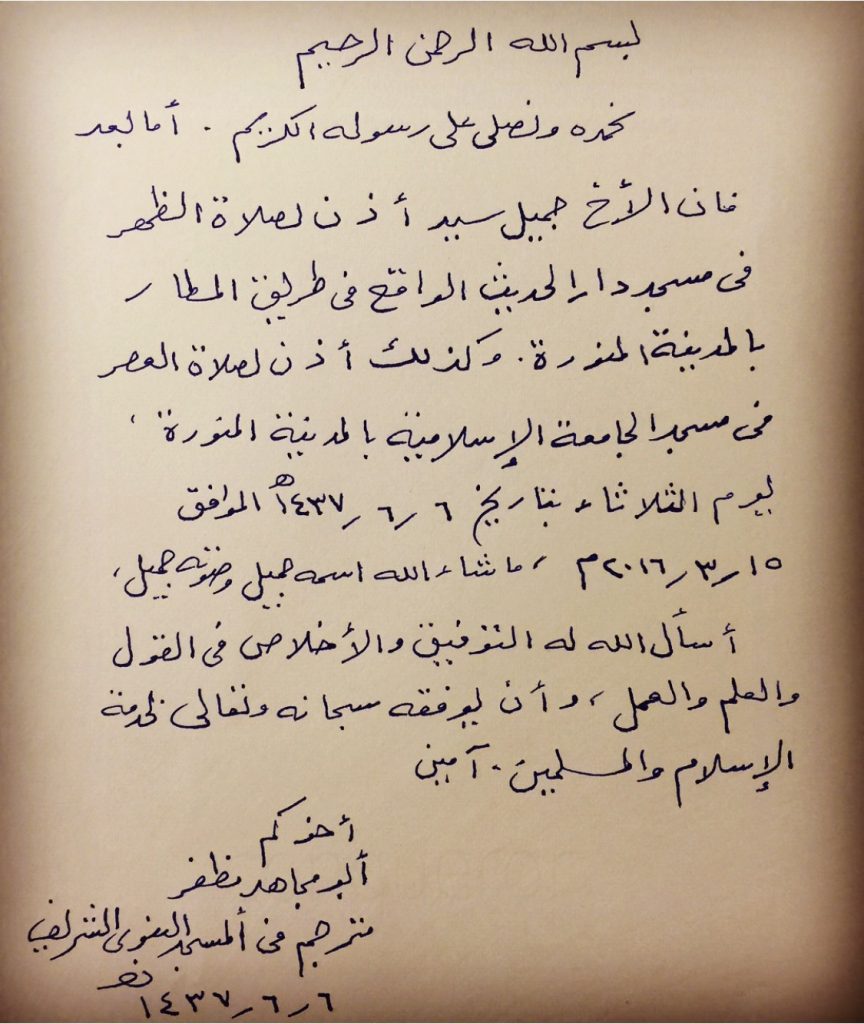 As I sat there looking at that piece of paper I held between my two hands in the courtyard of the sanctuary, I thought to myself, truly, nobody walks away from this place empty handed.

You Don’t Matter. Our Image Does