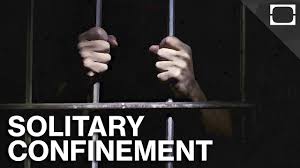 Oped By Mariam Abu-Ali
Today, my brother Ahmed turns 35.
He could have graduated from college. He could have started a career. He could have met a woman and fallen in love. He could have started a family.
Instead, he has spent the last 13 years behind bars, completely alone.
More than 1600 miles from home, incarcerated in the Supermax in Colorado, my family can only afford to make the trip out to visit him once or twice a year. My parents receive two 15 minute phone calls a month, either on a Tuesday or a Thursday.
My mom has spent every Tuesday and Thursday of the last decade, at home, sitting by the phone, patiently waiting for a call that sometimes did not come. And when the call does come, what can one even discuss in 15 minutes? Do you ask him how he’s doing? How can you even ask him how he’s feeling? Do you discuss his prison conditions? His legal case? How do you break the news to him when his aunt or grandfather has passed away? How do you  comfort him knowing he was denied any chance to even say goodbye? Every phone call and every visit is a traumatic event, a constant reminder that our government will go out of its way to break the prisoner, his family and loved ones.

Last month I had the opportunity to visit the infamous Alcatraz.  Upon reaching the solitary confinement unit,  I overheard a young man telling his friend “can you imagine people had to live in this space day in and day out?” I don’t have to imagine. This is Ahmed’s reality day in and day out. It is the reality of thousands upon thousands of prisoners in US prisons, including adolescents in juvenile detention.

I stepped inside one of the dark solitary confinement cells during the tour and realized Ahmed is housed in a cell not very different from the ones at Alcatraz. Even in Alcatraz, solitary confinement was used for a maximum of a few weeks. Ahmed has been in solitary confinement in the “Alcatraz of the Rockies” for the past 11 years. Rather than progressing towards a more just and fair society, our government’s use of solitary confinement has been expanding and becoming routine. I walked out of the prison into the courtyard, sick to my stomach. The bright California sunlight nearly blinded me. I felt broken and defeated. I prayed and cried.

But prayer is not enough. Justice must be demanded by us. We must hold our government responsible.
I spoke to the wife of a prisoner recently. He spent eight years in solitary confinement. Three months ago, he was finally transferred out. After eight years, he was finally able to have contact with his family. With no  more Plexiglass window separating them, he was finally able to hug his daughters. Solitary confinement and general population are the difference between “heaven and hell,” as another former inmate told me. But after eight years in isolation and deprivation of human contact, he is having a hard time acclimating. He has anxiety attacks. He has difficulty coping with the social stimuli. This is what our government does to more than 80,000 human beings; it deprives them of all sensory stimuli and human contact until they become anxious, depressed, and suicidal. They strip them of their humanity. They break them down, and in the process tear apart their families.
How can we allow such injustice to happen around us? How can we allow any human being to suffer the monstrosity of isolation for years and decades?  Humans are social beings. To strip them of this right is not only cruel and criminal; it is inhumane. It is a human rights violation. It is without a doubt a form of torture, and we must put an end to it.
We visit Alcatraz, now a designated historic landmark, as if it were a relic of the past. But I lay in bed every night and my heart feels heavy with an unspeakable grief, knowing that my brother still languishes unjustly in prison and in isolation. And every time I write about what my brother and family has had to endure, I feel vulnerable. I open my heart and allow the world to see my pain, and I am met with deafening silence.
I try to imagine my brother in his cell. Can you imagine spending all the years of your youth in a room the size of a closet? Can you imagine receiving your food through a slot in the door? Can you imagine being strip-searched and shackled at the hands, waist and legs when you leave your cell to go to the recreational area or the visitation room? Can you imagine being stripped of even an iota of dignity? My world caves in and I can’t breathe.
And then I begin to pray, as I have every single night for the past 13 years, even on the days when my faith was shaken to its core, unsure and wavering. But today it is more firm and resolute than ever. I need it to be. I pray and plead to the Most High, the Most Just. I force myself to feel a sense of renewed conviction. I am still here. I can still write. I can still fight. I will continue to channel my pain until my brother is a free, victorious man.
I think about this quote by the author Yasmina Khadra with respect to what the government has done to Ahmed:

“They can take everything you own – your property, your best years, all your joys, all your good works, everything down to your last shirt-but you’ll always have your dreams, so you can reinvent your stolen world.”

I will keep dreaming of a world where Ahmed is free and where my family and I can help reinvent his stolen years, life, and world. I will also continue to dream of a world in which every human being is afforded their human dignity. I’m fighting an uphill battle, but I constantly remind myself of the words of the Palestinian poet Mahmoud Darwish,

“We have on this earth what makes life worth living,” and for me, the fight for justice is, still, always, worth living for.”

Mariam Abu-Ali was born and raised in Northern VA. She graduated from Georgetown University with a major in Government and a minor in Arabic. After graduating, she worked as a Communications Manager at ICNA Council for Social Justice, where she helped manage projects countering Islamophobia. She is currently the Director of the Prisoners and Families Committee at the National Coalition to Protect Civil Freedoms. Mariam’s involvement in civil and human rights is very personal. She has been advocating on behalf of her brother Ahmed Abu-Ali, a victim of torture and extraordinary rendition and a US political prisoner for over a decade.

Who Is My Friend?