LOS ANGELES, United States — After Woodstock came campus surveys on sexual assault. After bra-burning came date rape. The Sexual revolution of the 1960s aroused enthusiasm at first, but passions have since waned. Those movements have come to look imperfect, even ugly: For one thing, they have failed to touch meaning, purpose, or fulfillment, especially the fulfillment relating to sex. Revolution doesn’t mean progress.

The recent finding that 1 in 4 Western women in college are victims of sexual assault by Western men ominously mirrors the fact that 1 in 4 Western women will be victims of domestic violence at some point in their lives. These grim stats have led people in the West to realize that one of the great miseries plaguing much of the so-called Western world, and the liberal secular world more generally, is its sick relationship with women and girls. If they are not being paraded around in sleazy beauty contests at the tender age of five or being berated by sex-positive Feminists for not embracing their “inner sex Goddess,” at a minimum Western females can look forward to a life of chronic clinical depression and loneliness, if not outright domestic abuse and sexual violence. To address the latter, both Western universities and workplaces alike have taken to producing extensive guides of good conduct for college boys and male employees due to their preternatural propensity to date rape and sexually harass their female counterparts.

The Commodity of Sex 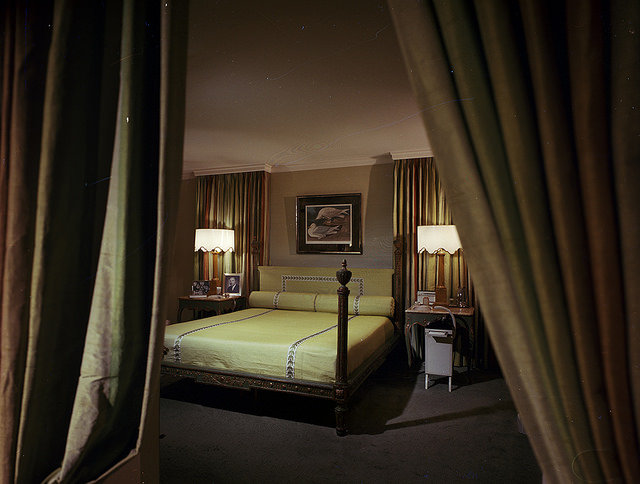 Sex is a complex commodity, commercialized — in places like New York, London, Paris, or Amsterdam — by way of liberalism’s hypersexualized culture, the voyeuristic pressures of social media, and the pornographic images of women (or their body parts) in the advertising-saturated West. These together create a potent environment of overexposure and desensitization, where people, like drug addicts looking for a stronger high, must increasingly resort to more extreme sexual acts and fetishes in order to generate the same arousal. Not surprisingly, this escalation has led to an epidemic of perversion and sexual abnormalities ranging from zoo- to pedo-philia, each deviance with its own group and its own social movement and dedicated “Social Justice Warriors” advocating for acceptance and celebration.

Today sex is a great paradox in many countries of the Western world: One acts as though it’s all that exists, and yet it means absolutely nothing. Overindulged in a Tinder-induced stupor of casual copulation, it weighs on the mind by its very vacuousness. Although Western females are regularly accosted by the unsolicited genitalia of sexting grade school football players as well as respected Congressmen, they are encouraged to bare their own “assets” on Instagram and Snapchat, in a social media stream of simultaneously narcissistic and desperate cries for validation.

The War on Women

Women are a recurrent theme in daily discourse, because the stakes they personify — for myths of Western superiority, progress, and exclusivism — are great. In some countries, they are allowed access to the public sphere only if they renounce their wombs: To be satisfied with women living as mothers and “mere homemakers” would be to uncover the paradox that Feminists and progressives desperately need to deny: Maybe Western women can’t have it all. Mothers are seen as a source of destabilization — extended maternity leaves trigger profit loss, some say — and are respected only when defined by a corporate relationship, as the Senior VP of X or Up-and-Coming Manager of Y.

These contradictions create unbearable tensions. Womanhood has no outlet, no outcome; starting a family is no longer a means for support, love, and fulfillment, but a burden to be put off for as long as possible. The sexual and psychological misery that results can descend into absurdity and hysteria. Here, too, one hopes to experience familial love, but the mechanisms for that love — marriage, child-rearing, familial stability — are prevented: Half of all children born in the West are born to single mothers, which is disturbing given that there is a direct, undeniable correlation between single-family homes and crime rates — though this might partially explain why some Western countries have the highest rates of homicide and violent crime in the world. And for few Westerners that are married, the spectre of infidelity looms large, as even adultery has been commercialized, where cheating websites like AshleyMadison.com cater to tens of millions of registered users.

In some Western lands, the war on women has the air of a theatrical farce. Western women spend over $20 billion annually on cosmetics and perfumes and another $12 billion on cosmetic surgery (while only $22 billion is needed to feed, clothe, and provide basic health care for the entire world’s poor) — all this expenditure to abide by artificial standards of fashion and beauty dictated by the corporate conglomerates profiting from the Western woman’s need to “be sexy.” Of course, that very need only arises due to women being deliberately socialized to obsess over every detail of their bodies such that millions of females, some as young as 11 years-old, suffer from eating disorders and other forms of Body Dysmorphic maladies.

One result is that people fantasize about the trappings of another world: either the world peddled by popular culture and Disney films about romance and monogamous love between “soul mates,” happily ever after, or the sexually promiscuous, at times violent world of “hook ups,” no consequence, no commitment sex, more at home on the set of a pornographic film than in the realm of reality. 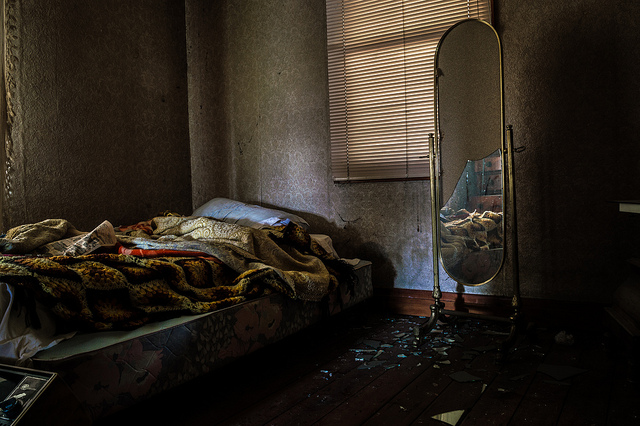 It’s a choice perfectly illustrated by the offerings of the Western media. Miley Cyrus and other former Mousketeers “gone bad” are all the rage on television as is the sexualization of young girls and “tweens,” pushed to empower themselves and “own their sexuality” by dressing and acting like pornstars, peddling the promise of their unattainable bodies and impossible sex well before puberty. Clothing is also given to extremes: Western women naively believe their wardrobes to be a function of free and independent choice, yet, despite that belief, the vast majority of garb “coincidentally”  falls within the narrow bounds of current fashion and the diktats of Versace, Chanel, and an interminable supply of “hot or not” lists Western women abide by with a fervent taqlid that would make the most fastidious Sufi murids seem delinquent.

Sex therapists are legion in the Western world, and their advice, no matter how contradictory or ludicrous, is voraciously consumed. These self-anointed gurus have a de facto monopoly on talk about the body, sex, and love. With the internet, daytime TV, and gossip magazines galore, some of their “tips” have taken monstrous forms, devolving into a kind of pornoPsychology. A simple perusal of the women’s magazine covers at the typical Western grocery store: “Help your lover shop for an escort,” and more.

Orgasms are required as soon as puberty is within reach and a warm body is available. To be a virgin past an arbitrary age is to be an outcast. These pressures combined with the barrage of sexualized images and content in media and environment make for a dangerous mix. Incidences of prepubescent elementary school boys gang raping their female classmates are a growing phenomena in many Western cities. But young girls don’t just have their male classmates to worry about. Violent sex offenders in the West, at least the ones who are caught and convicted, serve shockingly short prison sentences before being considered “rehabilitated” and let back into society. In some parts of the West, offenders who commit sex crimes against children on average serve less time in prison than offenders who commit the same crimes against adults.

And it is not only degenerates molesting children. Producers, distributors, and consumers of child pornography and child sex slavery include famous filmmakers, celebrated sandwich spokesmen, and billionaire hedge fund bankers. Even prominent Harvard Law School professors like Alan Dershowitz are committing acts of pedophilia and sex trafficking on the weekends, allegedly. Apparently the lure of innocent, virginal children is too much for the West’s rich and famous. These otherworldly delights are the unspoken rewards for those who do well in the lands of sexual misery. Dreaming about such prospects, pedophilic business moguls surrender to a terrifying, surrealistic logic: The path to orgasm is through predatory domination, not love.

The West has long found comfort in exoticism, which exonerates differences. Satellite TV and the World Wide Web has a way of normalizing cultural variations and of excusing any abuses: Beyonce, Playboy, and “twerking” exempted some Easterners from considering the plight of Western women: Other than India and Zimbabwe, the rest of the top 10 countries with the highest incidence of rape in the world are Western. Despite all this soul-rending misery, Western imperialists have taken it upon themselves to export their unique brand of “sexual liberation” to the rest of the world, saving and rescuing women in “developing” nations by way of military occupation and an unending stream of NGOs ready to civilize societies who know nothing of the superior sexual values of the moral West.

What long seemed like the foreign spectacles of faraway places now feels like a clash of cultures playing out around the globe. Differences once defused by distance and a sense of isolation have become an imminent threat. People around the globe — i.e., the long time subjects of Western imperialistic pillaging and rape — are discovering, with anxiety and fear, that sex in the Western world is sick, and that its venereal disease has long infected the rest of the world.

Islamic Business or Business as Usual?

7 Resolutions to Revitalize Your Marriage