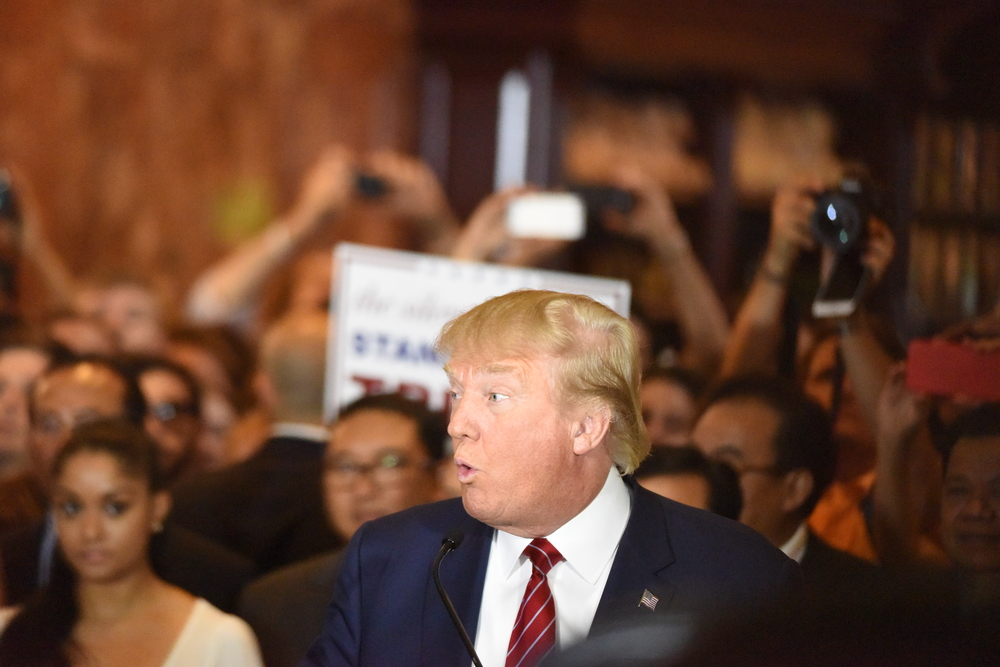 Over the past few days, many have expressed alarm about Republican presidential candidate Donald Trump’s remarks saying he would “absolutely” consider special ID registration for Muslims. But what seems to have been missed in the controversy is the fact that such a registration system already exists in quite a robust form.

The fact of the matter is the federal government already has many well-established programs that profile Muslims. Everything from the TSA’s secret No Fly List to the NYPD’s controversial Muslim Surveillance program consist of registries of Muslim individuals the government deems necessary to catalog and monitor. Often the Muslims being tracked in these registries have no suspected link to terrorism or any other illegal activity.

Since 2002, for example, the NYPD’s Muslim Surveillance program had a broad mandate to monitor Muslim community leaders, Muslim students, mosque attendees, even Muslim business owners. A large database was created to store all the information gathered on Muslims, including daily reports on certain innocent individuals. All this surveillance was deemed necessary by the NYPD because they believed that Muslims, by virtue of their religious beliefs, are more prone to become “radicalized” and, hence, engage in terrorism. (Of course, in reality, only a small percentage of domestic terror attacks are perpetrated by Muslims, and even those attacks stemmed from political motivations more than religious belief.)

The NYPD Muslim surveillance program is one example, but its underlying logic is shared by many other federal agencies. Through Edward Snowden’s whistleblowing, it has been revealed that the NSA has multiple programs that specifically target Muslims for continuous monitoring. One program that was active between 2002 and 2008 monitored the email activity of thousands of American Muslims, some of whom were Muslim leaders, prominent Muslim attorneys, and overall upstanding US citizens. Another program gathered data on the internet browsing activity of Muslims in an attempt to harm the reputation of Muslim “radicals” who view sexually explicit material online.

We should also not overlook the fact that the NSA has been bulk data collecting the internet activity, telephone communications, social media behavior, etc., of hundreds of millions of individuals worldwide. All that data has been stored in searchable databases. This means that if an elected president or any other government body decides to mass register and track Muslims or any other minority or target group, they can do so at the flip of a switch. The data already exists in their databases, so it then becomes a trivial matter to filter all that data in order to focus on any particular group. That is the danger of mass surveillance and data collection. It is one small step away from becoming the kind of secret registry so many Americans associate with the Nazi program against European Jews.

Other federal programs that are alleged to profile American Muslims include the Department of Homeland Security’s Countering Violent Extremism (CVE) initiative. The ACLU and many Muslim groups believe that CVE unjustly profiles the American Muslim community and Muslim places of worship in its attempt to counter “homegrown radicalization.”

The infamous FBI informant and entrapment program, that many, including Rolling Stone, have described as “inventing terrorists,” also relies on profiling Muslim community members and infiltrating mosques that otherwise are not suspected of any wrongdoing, let alone radicalization.

In the final analysis, many today may be shocked and justifiably scared by Trump’s suggestion to profile and register Muslims. But the reality is, this kind of tracking and monitoring of American Muslims has been happening since 2001, mostly in secret, by numerous powerful federal agencies. Sure, no one has thus far required Muslims to carry special ID badges, but a physical badge is not strictly essential to the purpose of keeping second-class citizens under the thumb of draconian governmental authority. If Trump wants to a special registry for Muslims, he is fourteen years too late.

All Life is Sacred: Thoughts on Paris

How Can Married Couples Rekindle the Fire? | Haleh Banani