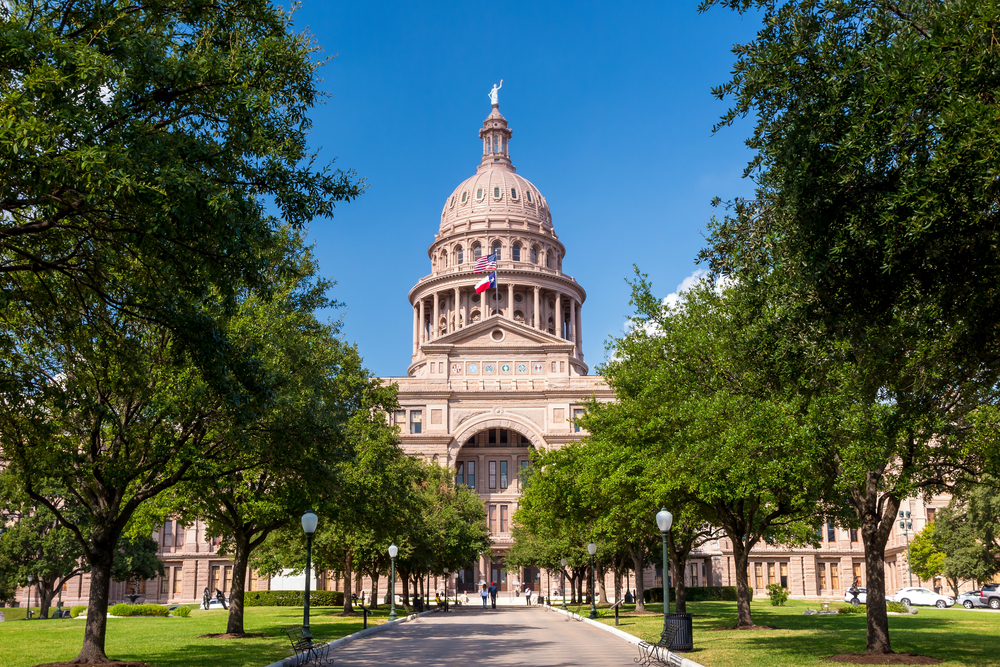 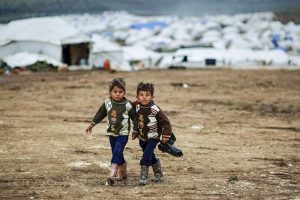 Syrian boys, whose family fled their home in Idlib, walk to their tent, at a camp for displaced Syrians, in the village of Atmeh, Syria, Monday, Dec. 10, 2012

Terror has taken over Texas.

Not with guns or bombs, but with fear and xenophobia.

Greg Abbott, Governor of Texas, the state in which I live (sometimes to my embarrassment), sent President Obama a letter today informing him that the state of Texas will not accept any Syrian refugees, and he urges the President to stop his plans to accept Syrian refugees in this country.  He is joined in this refusal by the governors of Alabama, Arkansas, Indiana, Louisiana, Massachusetts, Mississippi, Illinois, and Michigan. The number of governors denying refugee settlement is growing (22 by some online reports).

I do not feel safer because Governor Abbott has closed our doors to Syrian refugees.

Rather, I feel vulnerable because this refusal reflects our government’s inability to find a way to keep us safe from terrorists, as the governor himself states.

I am ashamed that the fear engendered by the terror attacks in Paris has defeated us.

Mississippi Governor Phil Bryant said in a statement that he will do “everything humanly possible to stop any plans from the Obama administration to put Syrian refugees in Mississippi.”  That almost sounds like a feeble call to war.

It is rhetoric that appeals to those who feel threatened by the ‘new’ others, who accuse the president of weakness.

I don’t consider these governors to be honorable men. They are cowards who are not inclined to use their intellect or resources to devise a plan for America to be safe and compassionate.  They don’t really care for the hungry and homeless of Syria any more than they care for the children who walk hundreds of miles across deserts alone to breach the Mexican border.

They prefer partisan talk and talk of states’ rights.

Laura Turner writes in the Religion News Service: “Syrian refugees need the aid and shelter of the global community, and Christians should be the first to answer the call for hospitality.” In a Christian-majority country, where is the hospitality of which she speaks?

Perhaps the governors’ refusal reflects their ignorance of current events in Syria, that many are fleeing the Assad regime, which commits atrocities against men, women and children daily. But Assad doesn’t violate buildings in Parisian neighborhoods; the Eiffel Tower cannot be lit with any color representing his victims.

And perhaps Louisiana Governor Bobby Jindal chooses to ignore the possibility that his own parents, immigrants from Punjab, might have been refused entry to the United States were an ISIS-type entity operating in India and our elected officials closed our doors.

Adding to the mix are reports that the Syrian passport found at one of the attack sites was fake. A top EU official claims,

“Let me underline—the profile of the terrorists so far identified tells us this is an internal threat. It is all EU citizens so far. This can change with the hours, but so far it is quite clear it is an issue of internal domestic security,” High Representative for Foreign Affairs and Security Policy/Vice-President of the European Commission Federica Mogherini stated, following a gathering of EU foreign ministers.”

Are Americans not strong enough, smart enough, willing enough, to compassionately open our borders to the lost and vulnerable?  Or are we so fearful we hide from the enemy behind metaphorical walls?

The pedestal of the statue of Liberty contains these verses meant to honor all those who flee poverty and oppression:

Give me your tired, your poor,

The wretched refuse of your teeming shore.

Send these, the homeless, tempest-tost to me,

I lift my lamp beside the golden door!

Will America allow terror to win?

[Update 11/17/15]: Following these refusals to admit Syrian refugees (now made by over half the nation’s governors), a number of media outlets and refugee services organizations have shared details about the rigorous process for approving refugee status.  Here is one, from CNN. It’s worth noting one commentator’s logical point: that refugees can move into one of the states whose governors have pledged not to admit Syrian refugees.  That is because the approval process is a federal one.

ISIS and Its Faulty Logic