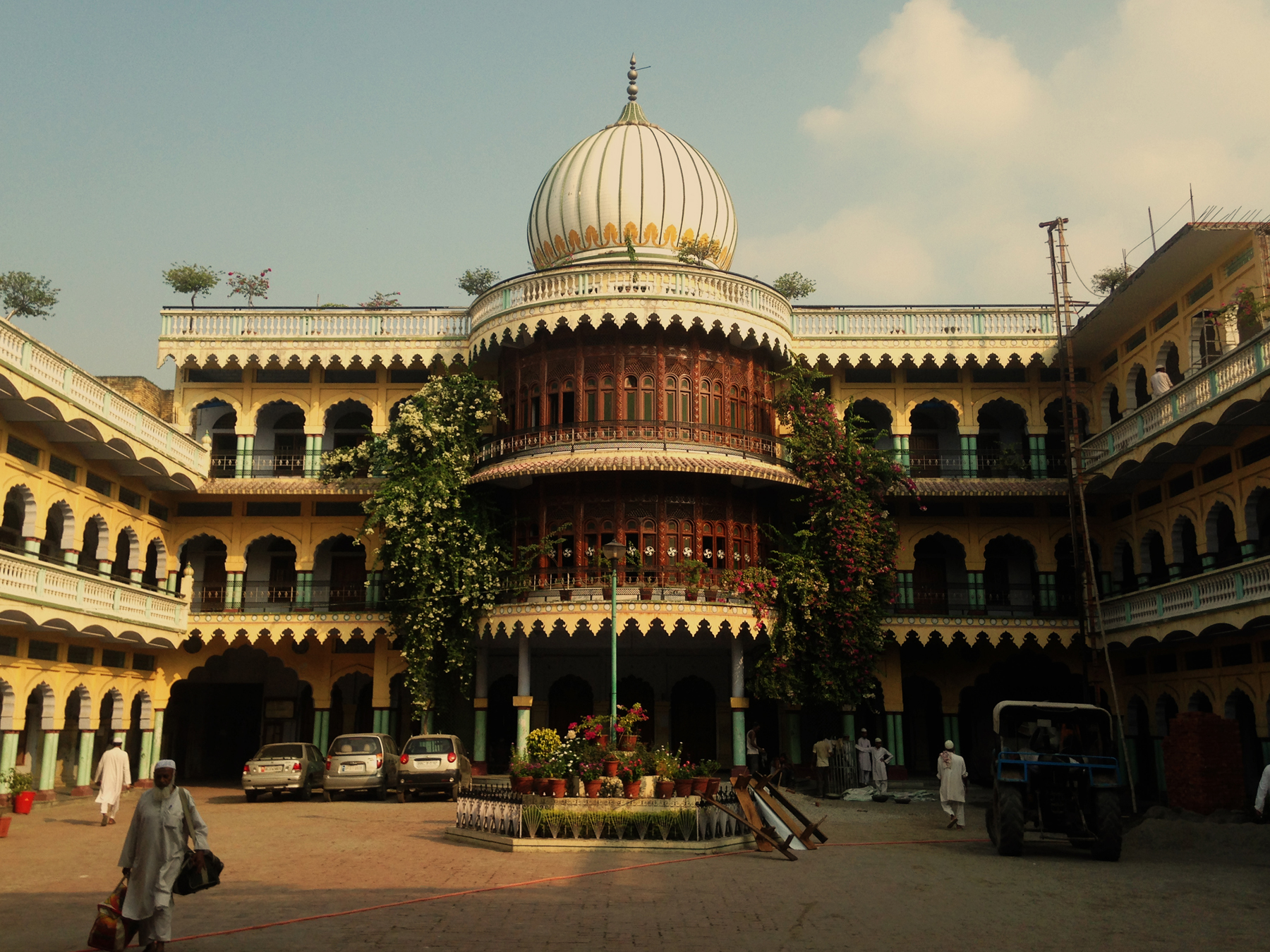 The “The Motherland” series will go over the benefits and challenges of studying Islam overseas in India, institutions of learning there in, and Nihal Khan’s journey of studying at Nadwatul ‘Ulama in the 2014-2015 academic calendar year. The subsequent articles in this series will detail his experiences and reflections from his travels and studies in India.

As soon as I situated myself in Lucknow, I began discovering my physical, emotional, and psychological limits. Experiencing the bitter cold winters of Lucknow and her brutal summers really showed me how my body adjusted without a heater or air conditioner in each season respectively. I also unfortunately encountered the Indian health care system much sooner than I had expected.

Rae Baraily (not to be confused with Baraily): The hometown and resting place of Shaykh Abul Hasan ‘Ali al-Nadwi, the great writer and last rector of Nadwatul ‘Ulama.

In my first three months in Lucknow, I lost between twenty-five to thirty pounds (11-13 kg) from just adjusting to the food, water, and weather. Americans are bound to lose weight simply by the nature of how people eat in India. Portions are smaller, organic food is more abundant. Oh, and not to mention the water. As soon as I settled into Nadwa (the shorter name for Nadwatul ‘Ulama), I started to drink the tap water of India. I had the typical daily (okay, twice) diarrhea for about three weeks, until one morning I woke up and threw up like I have never thrown up in my life. I felt my stomach was going to come out of my throat.

After that I was in bed for a week or so. But finally after recovering, drinking water from the tap became very easy for me–as did eating street food. As one of my friends said, “You now have a stomach of steel.” I knew I was going to be in India for a long time and decided that it would be most convenient to start getting used to living as others do over there. Getting bottled water was just too complicated after seeing ‘cold taps’ available for drinking right next to your hostel.

The food situation was also quite tricky. After several failed attempts at having food delivered to me from outside tiffin services, I gave up and starting eating out for almost every meal. That became taxing as temperatures were increasing and the cost of meals was adding up. I successfully started eating food from the madrasa cafeteria which happened to taste quite pleasant. I received rice, bread, and lentils twice a day with a different curry dish each time. I still go out, usually once a day, to a local cafe just to unwind and get some comfort food. I spend a decent amount of time studying and eating at the Tramp Tree Café in Hazratganj (the Times Square of Lucknow) which is owned by India’s first MasterChef Pankaj Bhadouria. 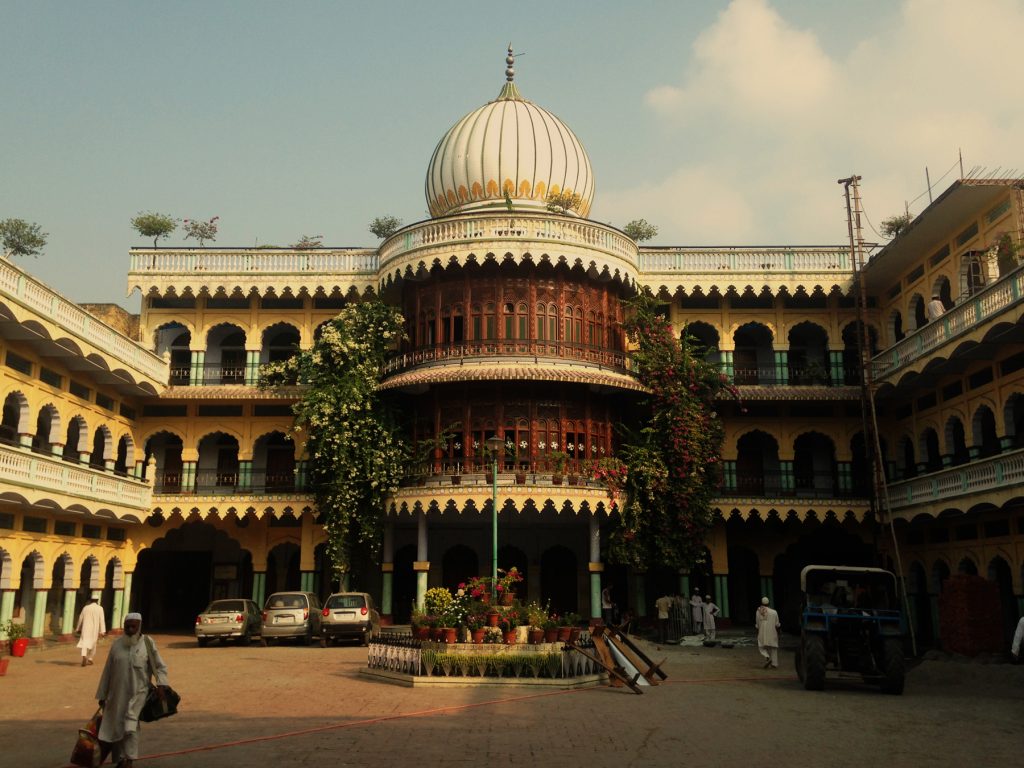 When you think things cannot get any more ridiculous, leave it to the interactions of an American student with his Indian environment to prove him wrong. The biggest arena where this was tested was in my interactions with administration,and  students and teachers alike at Nadwa. The most powerful incident which challenged my status quo was when I needed to get a measly managerial task completed, and instead of someone doing their job and getting done what needed to get done, I was introduced to the rather accepted and overbearing culture of purposeful procrastination. It was one of those things which would make me angry, while also upsetting me to the extent of wanting to shed tears, but I would stop myself as there was absolutely no functional premise for me to do so. Crying would not get me anywhere. This was a big deal as many of these tasks need to be completed in succession to be able to either sit in classes, complete registration, get permission to travel during the school year, etc. When this situation would unfold repeatedly, those intense feelings would not come back as strongly as they did the first time. I realized that my level of patience had gone up at that point. I had collected myself emotionally, and was now able to cognitively begin to analyze the environment that I was living in and its effect upon me. I will end up speaking more about this aspect in regards to interactions with students and teachers in the section below.

Getting used to the climate in Lucknow was not as easy as I had imagined it to be. From May to August the heat is unbearable. The average temperature just in May was 110 degrees Fahrenheit with a 125 degree real feel. It only gets worse in June through August when the humidity sets in. Though the monsoon season also starts around this time sending cool rains to moisten and cool the air, this year the storms arrived very late. 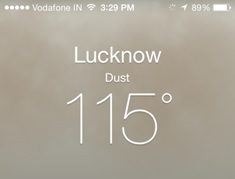 Things cool down between September to mid-December where it’s between 80-90 degrees usually. Then from mid-December to January the temperature drops to 40 to below freezing for many days.  Now though that does not sound too cold, you need to remember that there is no system of heating in most households and motor vehicles–so staying warm can be quite a challenge! Finally, from February to April the temperature is once again mild in the mid 80s during the day.

A goat climbing a car in New Delhi. 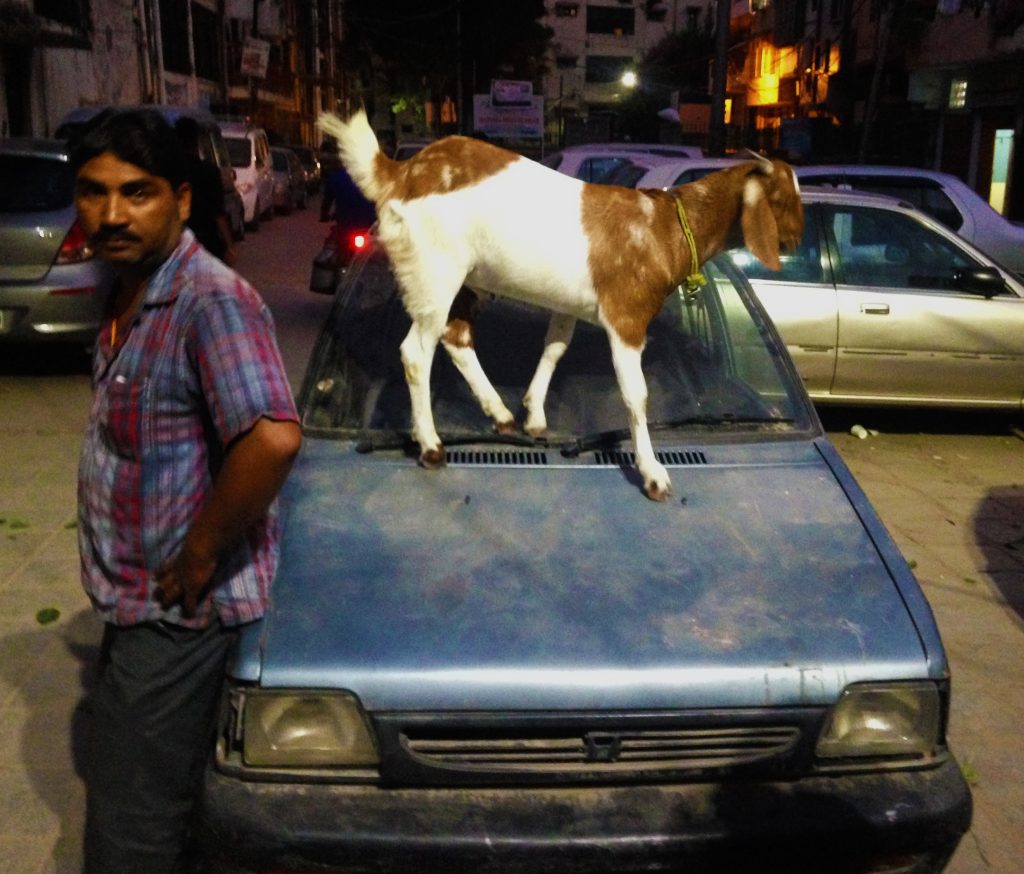 What Will You See in the Rest of this Series?

Within this series on MuslimMatters, readers will be shown how life in India is for an American, experiences with health care, law enforcement, locals, Islamic institutions, what students of knowledge should consider before thinking about studying overseas, and lastly reflections and recommendations on the institutions I have visited.

Check out Part III of this series –> Health Care in India: Scooters, Breaking Bones, and Surgery | The Motherland

Ouroboros, Part 2 – That’s My Man Out There!

Xenophobic Patriots: Will The True Patriots Please Stand Up?