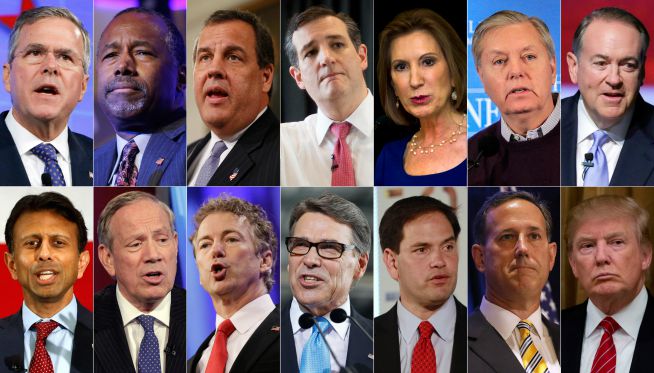 According to quite a few critics of Wednesday night’s GOP debate, it went too long and was too focused on Trump (again).

After taking 16 pages of notes, I had to agree about the length of time, but I disagree about the amount of focus on Trump.  He must be discussed, but in a savvy and insightful way. I loved – as did many – Carly Fiorina’s harsh smirk when she responded to Trump’s cracks about her looks.  She ignored his face altogether, not making eye contact while she told the country in just a few words how ridiculous he is.  That’s how Trump should be treated by everyone – with disdain and ridicule.

CNN moderators asked questions on standard topics – Middle East turmoil; the treaty with Iran; taxes; illegal immigration; and abortion, which has now become a debate about Planned Parenthood nearly as much as abortion itself.

Except for Trump, the candidates articulated their opinions well and for the most part were polished, except for Ted Cruz, who spoke slowly and melodically, directly into the camera.  He mesmerized us with his devotion to conservative principles.  Got it.  Trump’s proposed foreign policy is to get along with people like Assad and Putin and to get good advisors who will tell him what to do.  Ridiculous.

There is a growing idea that American Christians are being persecuted, and this came up during the debate.

John Kasich articulated it during a discussion of whether American military intervention to fight ISIS is warranted:

You wonder why young people, educated people, rich people have tried to join ISIS…We need to make it clear that our faith in the Jewish and Christian principles force us to live a life bigger than ourselves.

Mike Huckabee, who last week embraced Kim Davis on her release from jail for refusing to issue marriage licenses to same-sex couples, has a lot to say about the idea that respect for Christian values is being eroded.  When Davis came up in the debate, he referred to her contempt charge as representing a “criminalization of Christianity.”  He complained that Muslims in Fort Hood and Guantanamo are given more religious accommodations than people like Davis, who he claimed represents the values of 75 percent of the people who voted her into office.

In a discussion of potential Supreme Court nominees, Huckabee asserted that the litmus test for any justice would include support of “religious liberty,” which has become code for what I call Christian sharia – the idea that laws can be changed to incorporate values tied to Christianity.

Speaking of sharia, I find it amazing that no one has chastised Ben Carson for his proposal that the tax code be based on biblical tithing.  That is an unmistakable proposal for Christian sharia throughout the country.

Trump Goes a Step Too Far

I knew the day was coming, but when it happened it infuriated me nonetheless.

Last night at a town hall meeting in Rochester, New Hampshire, Trump opened the floor to questions.  The very first question asked was how Trump proposed to solve the “Muslim problem” in the U.S.

“We have a problem in this country.  It’s called Muslims,” the questioner said.  “…we have training camps growing where they want to kill us. That’s my question: When can we get rid of them?”

Remember in 2008, when John McCain was running against Barack Obama, he participated in a similar town hall and took a question from a woman who said that Obama wasn’t trustworthy because “he’s an Arab”?

McCain immediately took the mike back from her, shaking his head.  He corrected her and went on to say that Obama was a good man.

I despise Donald Trump the candidate, but at times I think I should despise his supporters more.

He does not seem to care about the import of anything he says.

Either he does not know or does not care about the growing level of anti-Muslim bigotry in this country, including “Muslim-free” gun ranges right there in the state of New Hampshire.

Trump’s response to nearly every issue is to grimace and nod and say ‘we’re gonna do something’ and he’s going to get the best people around him.

He needs to be taken to account for ignoring a supporter’s plea to “get rid of” Muslims. If he can let a comment like that one go, he isn’t fit to do anything but build his egotistical empire of money and celebrity.  His supporters should be ashamed of themselves.

Of all the candidates on the debate stage, he is not number one, as the polls claim.  He is the lowest, the worst, a zero.

7 Signs That You Truly Love the Messenger of Allah ﷺ

Get Out of Debt with Dua