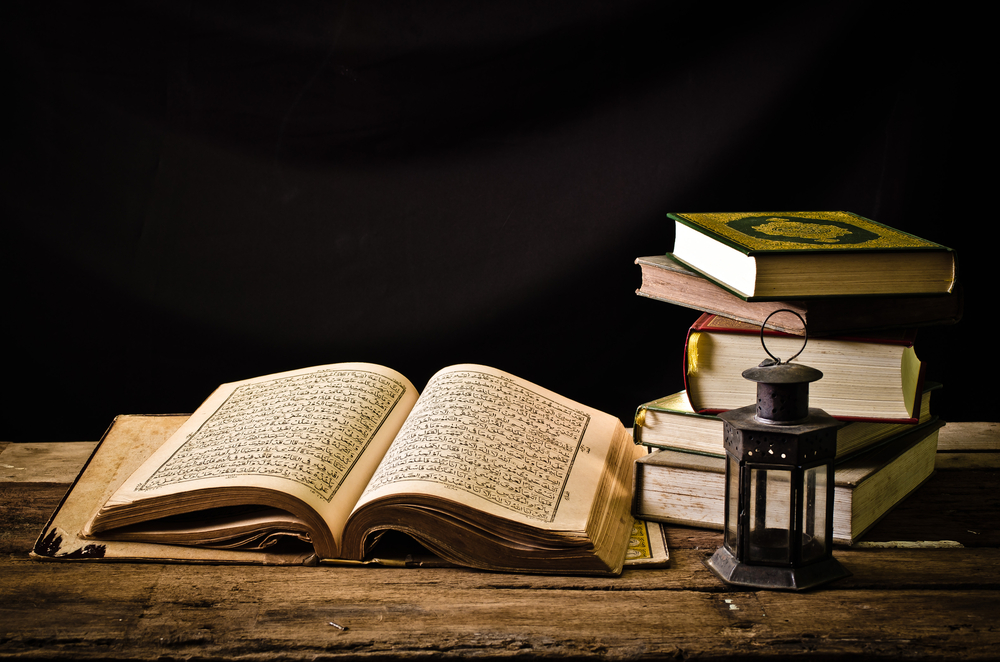 In the name of Allah, the Most Merciful, the Bestower of Mercy. The Qur’an is the “rope of Allah” (3:103); whoever grabs onto it will be saved, and whoever loosens his grip will be destroyed. The Qur’an is also the “spirit” He revealed (42:52), because just as the body came from earth and is nourished by it, likewise our spirit will inevitably dry up and crack without being quenched by the spiritual fountain of the Qur’an. The Qur’an is also “the light” (64:8), which acquaints a person with His Creator, enables us to correctly size up dunya and deen, and to pierce with our hearts the veils of the unseen.

However, all this remains dependent on deep, regular reflection of its divine messages. The command to beautify our voice in recitation, the perk of 10 good deeds per letter, and that of being upgraded a station for eternity with each verse we memorize – is all to bring us to that end. Only through such reflection can someone tap into the secrets of the Qur’an, and only in that is the life transforming power of Allah’s words. The Most High said, “[This is] a blessed Book which We have revealed to you, [O Muhammad], that they might reflect upon its verses and that those of understanding would be reminded.” [38:29]

Hence, for Ramadan and beyond, consider the following “reflections checklist” to help revolutionize your reading of the Qur’an – but prepare to be mesmerized. Below is an awesomely insightful, splendidly practical, radically invigorating Qur’an coach.

Though I misplaced the original author’s name after translating this piece, and it slowly evolved over time, I pray Allah exalts his mention among the angels, and enables us to thank Him personally at the riverbanks of Paradise. Ameen. 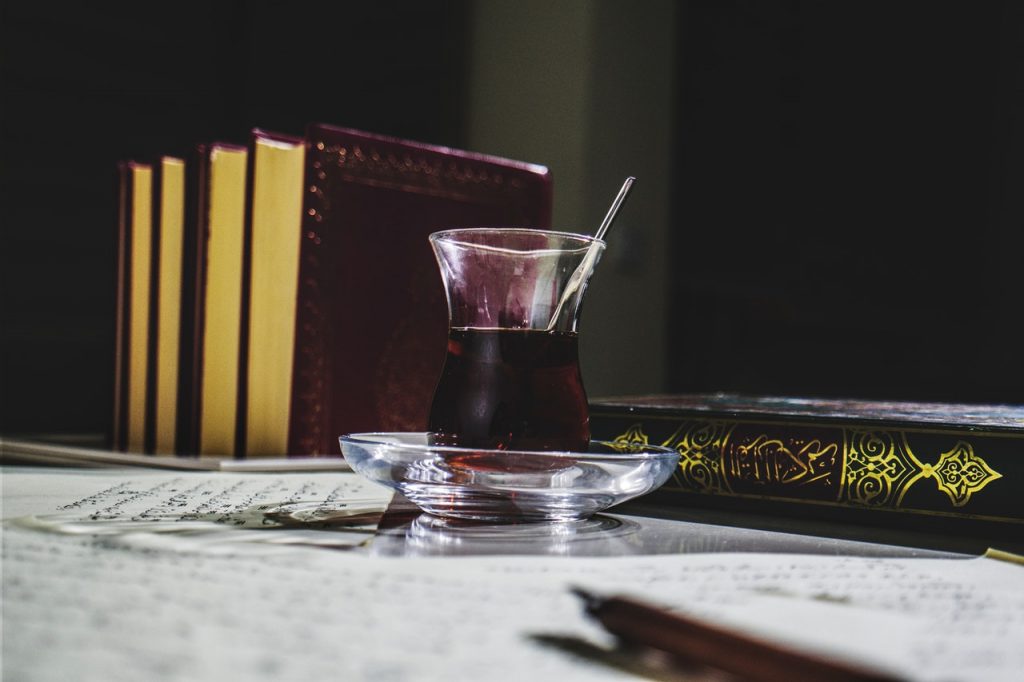 Not with your phone as it receives calls, or rings with notifications, or anything else that breaks your thought process. Likewise, beware of the internal impediments, such as choosing times when the stomach is full, or the mind is preoccupied, or the eyes are exhausted.

The Qur’an commands us with “tadabbur” (deep reflection), which comes from the word “dubur,” which means the back end of something. In other words, stop at each word and check what lies behind it. Consider why the Most Eloquent of speakers chose this term and not another. Upon doing so, you will realize that the secret key was more about dedication than a riddle-solving forte.

The Qur’anic message is like a friend; the longer you sit together, the more of its secrets it discloses.

Take notice of how Allah calls His book ‘Azeez, which means – among other things – proud. Part of that is the Qur’an refusing to be marginalized in your heart, or to have the leftovers of your time. Even with your undivided attention, you must prove your loyalty before beginning to see meanings that are hidden in plain sight. You will find yourself baffled, wondering how you didn’t catch that before. The answer is simple – you had not yet qualified.

3. Familiarity with the Meaning

Reflection is secondary to understanding. If you understand, then you might reflect, but if you don’t understand, you cannot. The celebrated Imam at-Tabari would say, “I marvel at how someone who doesn’t know the tafseer (interpretation) could enjoy the Qur’an.”

Before you quickly jump to say, “But I enjoy the Qur’an, even if I don’t understand it,” be certain that Imam at–Tabari (may Allah bestow mercy upon him) knows this full well. Rather, he is speaking relatively here, reminding us that the beautiful melody and soothing rhythm are indeed gorgeous, but the truest treasure lies in the savoring the meanings they carry. Briefing yourself on a good translation (i.e., Sahih International) should suffice in this regard.

4. Learning this Skill from the Experts

Be like the early Muslims and scholars who focused on extracting lessons from each verse.

For example, Wuhayb ibn al-Ward would cry upon hearing the verse, “And [mention] when Ibrâheem was erecting the foundations of the House, along with Ismâ‘eel, saying, ‘Our Lord! Accept from us…’” [2:127] and say, “This is the friend of Allah, building the [greatest] House of Allah, and [yet] he begs that it be accepted of him.” By that, he would reflect on our premature sense of security regarding our meeker deeds being acceptance-worthy. Subhan Allah!

Similarly, when Hafs ibn Sulayman heard the verses, “Have We not expanded for you [O Muhammad] your chest? And removed from you your sins – that burdened your back? And raised high for you your repute?” [98:1-3] he wept and said, “His sins weighed down his back, and he (saw) has no sins, then what about us?”

5. Identifying the Theme(s) of the Surah

This is important for context, and for connecting the dots. The word “Surah” comes from “Soor” which means fence or gate, calling our attention to the fact that each Surah is a distinct bundle of verses packaged together and isolated from others. Teach your heart to inquire why this set of verses (Surah) was separated from another. This will open worlds of meanings for you insha’ Allah.

For example, Surat ar-Rahmân begins with His name (ar-Rahmân), and then ends with, “Blessed is the Name of your Lord.” [55:78] Now go back and read everything in between with this newly discovered theme in mind!

6. Living with the Prophets

But keeping in mind they were human beings. Notice how they acted, for instance, in various parts of their stories – and ask yourself why Allah

chose to illustrate their progress and uphill climb. Note how the Most Merciful highlights for us certain moments where His greatest slaves struggled with emotions and temptations.

For a quick demo, reflect on the fear of Musâ

. When He first comes to the blessed valley and the staff becomes a snake, he flees and doesn’t even turn back, until Allah tells him, “O Moses, fear not. Indeed, in My presence the messengers do not fear.” [27:10] Later, he stands before Pharaoh and fear creeps back into his heart (20:67), but this time he stands his ground. Later, the whole nation of Israelites is struck with fear when caught between the sea and the approaching army, but this time the fear of Musâ

7. Knowing the Circumstances of Revelation

That will enable you to break past the literal meanings, without necessarily ignoring them. The easiest example here is how Ibn ‘Abbas (may Allah be pleased with him) picked up from Surat an-Nasr that the death of the Prophet

was near. How? The context of revelation.

8. Focusing on Oneself and one’s Flaws

Allow the Qur’an to tell you about you! Fight the urge to read for posting, collecting, and discussing. Use it to remedy your diseases, and purge with the Qur’an the poisons from your heart. The key here is to hand your heart over to the Qur’an, sizing yourself up against how responsive you are to the fact that none other than Allah is speaking.

Upon arriving there, you will be amazed to see how a single verse can remedy a whole spectrum of ills. For instance, the oft-repeated statement in al-Fâtihah, “Owner of the Day of Resurrection,” [1:4] can serve to break arrogance and brace cowardice, but only if each heart reads it introspectively.

Taste the parallels of the Qur’an, and the messages behind them.

For instance, you find Musâ

saying, “My Lord! Because you have favored me…” [28:17] and Iblees saying, “My Lord! Because you have misled me…” [7:16] Does this not mirror the disparity in mentalities today? Does this not trigger an epiphany on how a Satanic perspective delivers to Hellfire, and the Prophetic perspective delivers to Paradise?

Another beautiful parallel is Ibrâheem

complying to slaughter his son without hesitation, and then the Children of Israel stubbornly refusing to slaughter a cow of their choosing. Does this parallel not teach the alert heart that it’s not about the command, but rather about Who is commanding? Does it not stress that ultimately, every sacrifice is just details, and it’s the surrender of the hearts (and consequently the limbs) that defines the slave?

While keeping in mind that redundancy is inconsistent with eloquence. So when a term/theme keeps surfacing, teach yourself to investigate after this red flag.

For instance, we find the shirt of Yousuf

surfacing in his story repeatedly, and we find the command to have “taqwa” repeated twice in the same verse (59:18). Similarly, we find the Most High saying in in Surat an-Nisa’, “O Believers! Believe…” [4:136] Don’t let that pass unquestioned, nor be satisfied with a superficial overview of the meaning here.

11. Be Truthful with Allah

In wanting to understand His message to you, by purifying that heart which is the receptacle of the Qur’an, and by asking Him to open the gates of mercy for you through His Book.

Regarding the statement of the Prophet

, “Indeed, the angels do not enter a house containing a dog or image,” [Agreed Upon] Shaykh al-Islam Ibn Taymiyah (may Allah bestow mercy upon him) said, “If the angels – who are created beings – are prevented from entering a house by dogs and images, then how could knowing Allah

, loving Him, the sweetness of remembering Him, and the comfort of being near to Him, enter a heart that is filled with the dogs of desires and their images?” [Madarij as-Salikeen: 2/388]

May the salutations and peace of Allah be upon His final Messenger, Muhammad, his family, his Companions, and all those who tread his path. And all praise be to Allah, Lord of the worlds.