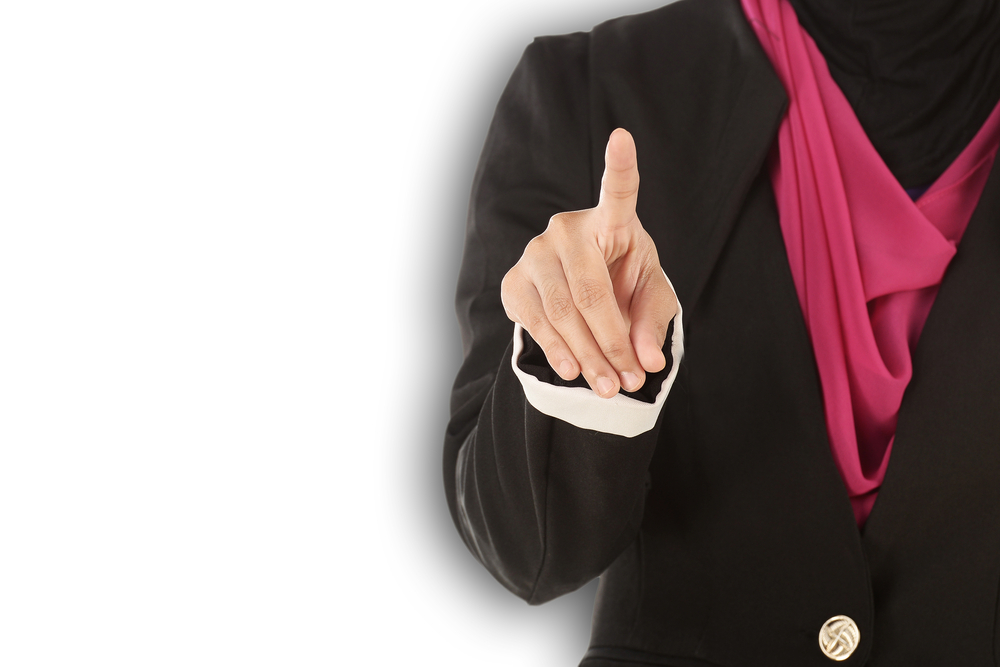 Reem Shaikh is a 17-year-old Muslimah from Houston. She finished memorizing Qur’an when she was seven and then traveled to Egypt to learn Arabic. She was homeschooled until the age of 12, and then she moved to Qatar with her family. She earned her ijaazah at the age of 16 and also graduated from high school early. Despite achieving high academic grades in her A Levels, she chose to pursue her first bachelors in Islamic Studies, specifically in Sharee’ah (Islamic Jurisprudence) at Qatar University.

Children who are homeschooled or who grow up with conservative upbringing are often erroneously stereotyped as being either socially awkward or those who can’t really pursue higher goals in life. The fact is that Reem, by Allah’s Mercy and His Will, has been able to maintain a completely normal social life and now taking up a role as an activist at such a young age.

She joined Doha Youth Forums last year. DYF is the first forum created by UN to give youth an opportunity to voice their opinions. This year she was invited to speak at one of the UN workshops during the 13th Crime Prevention Congress of UN. Qatar’s national news agency, also highlighted her participation, “Experts Laud Doha Youth Forum’s Draft For UN Congress“.

Among the older panelists from all over the world, she was the only teenaged Muslim female who addressed the UN delegates, and later answered their questions regarding youth’s role in fighting crimes around the world. Here we asked Reem to address#MuslimYouthRISING questions and her thoughts on female leadership.

Q: How do you identify ethnically?

A: I identify as an American with Pakistani origins.

Q: What has been your involvement or leadership in the community?

A: I live in Qatar and there isn’t really a “Muslim community” per say, let alone leadership opportunities for youth. However, I try to be as active as I can whenever I’m in Houston during summers.

I get a lot of opportunities in the local mosque there to attend and organize events for Muslim youth. For instance, I organized a flash mob for Syria two summers ago. During Ramadan, we have youth locks and I get to give short talks. I am also asked to lead girls only Qiyam during Ramadan. But Houston Muslim community is a lot more active and open to youth than many other communities in US and I hope that all Muslim youth get opportunities to get involved within their mosques.

Q: Do you think our Muslim community is very supportive of female youth or leadership?

A: Our Muslim community wants female youth to stand out and speak but they do not really facilitate it or make it easy for females to do so.

Q: What are some challenges you have faced as a female Muslimah?

A: People don’t really understand why I am studying Islamic Studies and why I have ambition to become a female scholar. It is looked at as a ‘man’s job’. Also, there are more leadership opportunities for men and the scholars nowadays give preference and more attention to men rather than women.

Q: What is a message that you would like to give to the Muslim girls?

A: If you have a dream and you have ambition, go and achieve it. Don’t let anyone tell you that you can’t because it’s not a ‘girl’s thing.’ Make du’a that Allah helps you and have trust in him that He’ll guide you in the right direction.

Q: What are your thoughts on the future Muslim inter-ethnic relations? What would you like to see? What are some possible solutions?

A: I think as immigrants move into second generation or even third and forth, we will see the inter-ethnic walls melt. This is a natural consequence of being “raised together as Americans” as opposed to immigrants who have usually been raised in foreign cultures.

Already you see marriages across racial and cultural lines becoming more and more common and “normal”. In fact I see myself as American with more common elements to another Arab-American or African-American than a Pakistani raised in Pakistan.

Of course Muslim immigrant communities from Asia and Arab world still carry some racism against darker skinned individuals among themselves and African Americans and this is something that really needs to heal.

One important element of healing is to have masajid that are more mixed versus what we see today as predominantly immigrant and predominantly black mosques. Since mosques are the primary place of socialization for Muslims in America, I truly believe that we need to overcome racial barriers within our mosques first and than in community at large.

Q: Who has been a most positive influence in your life?

A: The most influential person in my life has been my mom. She’s always been the perfect role model for and has constantly made me aspire to become a better Muslim. It was her who sacrificed years of her life to make me memorize the Qur’an and to make sure we were raised with the best values possible.

Why Buying “Experiences” Won’t Make You Happy | The Muslim Skeptic

7 Muslims to Watch in the NBA Playoffs