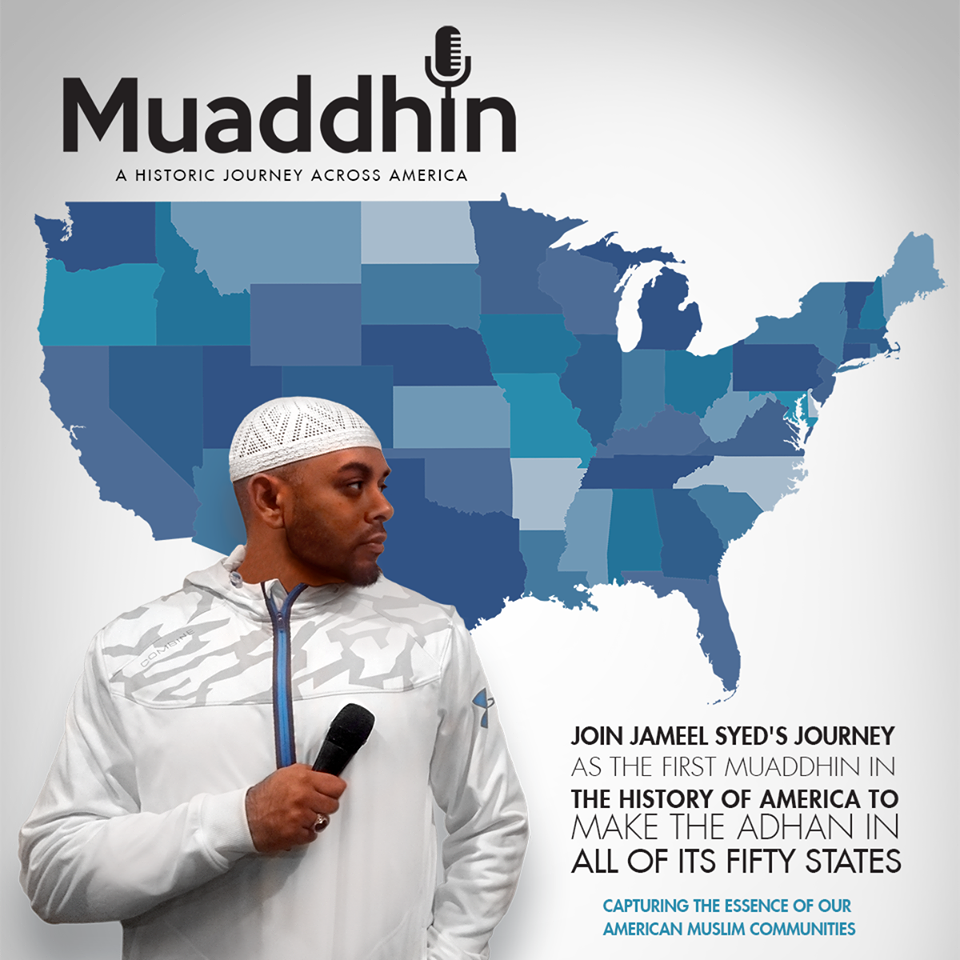 By Jameel A. Syed

There are over 7 billion people in the world and 1.6 billion of them are Muslim. That accounts for approximately 23% of the world’s population across all seven continents. As diverse as they may be in the way they look, the food they eat, the languages they speak or the way that they dress, when the Muaddhin makes the call: “Come to prayer, come to success,” Muslims all around the world respond in kind. In a matter of minutes, people wrap up their worldly affairs, perform ablution and face the holy sanctuary in Makkah to engage in prayer. This happens five times a day for 365 days a year, without fail.

who then appointed the first Muaddhin of Islam – Bilal ibn Rabah

, a companion of the Messenger of Allah

who was a freed Abyssinian slave, the seventh person to accept Islam with the title Muaddhin Ar-Rasul (the Muaddhin of the Messenger of Allah

“He [Bilal] was of a handsome and impressive stature, dark brown complexion with sparkling eyes, a fine nose and bright skin. He was also gifted with a deep, melodious, resonant voice. He wore a beard which was thin on both cheeks. He was endowed with great wisdom and a sense of dignity and self-esteem”

was the perfect model for millions of Muaddhins that would follow in his footsteps throughout the centuries.

The position of the Muaddhin is a coveted station that brings with it both honor and prestige in the communities they reside in, and in the eyes of the Creator. According to prophetic tradition, the Muaddhin enjoys a differentiated rank of elevation and reward above all other parties associated with the practice of prayer. The Messenger of Allah

and His angels send blessings upon the front row, and the Muaddhin is forgiven as far as his voice reaches, and whatever hears him, animate or inanimate, confirms what he says, and he will have a reward like that of those who pray with him.” Narrated by al-Nasaa’i, 646; classed as saheeh by al-Mundhiri and al-Albaani, as it says in Saheeh al-Targheeb, 235.

The position by its nature was designed for the best of people to compete in the best of ways:

“If the people knew what there is in the call to prayer and the first row, and they had no other way but drawing lots, then they would draw lots.” Narrated by al-Bukhaari, 590; Muslim, 437.

The stakes are high and the reward is immense, so the prospective Muaddhin really needs to be in top form. You will find that most Muaddhins have a deep respect for time. They are fully aware that the adhaan is an appointment that cannot be missed. You will usually find them ahead of schedule waiting anxiously for the time of prayer to arrive. As mentioned before, Muaddhins are competitive and aggressive in their nature. They’re not ones to give up their positions to just anyone. On occasion, they may do so, if another Muaddhin has a superior style or there is a guest visiting their facility. Even then, the guest Muaddhin and their style will be under tremendous scrutiny and study for the purpose of replication and acquisition of style; an eternal competition to one up each other by way of good deeds. They are the ones who check for the rows to be aligned and to ensure that the mobile phones have been turned off before prayer begins.

One of the biggest challenges of the Muaddhin however is sincerity. The position brings with it notoriety and, if he is good at what he does, then praise will follow. The pitfall is to avoid sharpening ones’ craft for the sake of worldly gain and praise from people. This brings with it arrogance, the seed of all failure. An excellent remedy for the Muaddhin in this situation is to praise the one who is worthy of being praised. Replying with a simple tradition of the Messenger of Allah

“Allah is beautiful and He loves beauty” – Muslim

The focus of all his effort is aimed towards achieving two things: First the beautification of the adhaan. Pronunciation, control of voice, melody and measure, all of which are core attributes of this work. The second is its amplification. What good is the caller if the call itself is not heard? A loud voice, the ability to manipulate a proper sound system or a vantage point to make the call is necessary so that the call can be heard effectively. The whole point is that the recipient hears the call and is drawn to it.

The adhaan is architected by Allah

to pull the strings of our hearts. It’s designed to make humanity respond to a higher call. Yusuf Islam, formerly known as Cat Stevens (The famous singer-songwriter) testified that his first exposure to Islam as a non-Muslim was the adhaan and that it affected him in a way that totally drew him in. A wonderful attribute of the adhaan is that you don’t have to be Muslim or understand Arabic to appreciate it. By itself it has an affinity towards latching on to your very soul. Today, there are millions of Muaddhins across the world in every country, each one a master in his own right. From Makkah to Istanbul, the styles of the adhaan are as diverse as they come and the Muaddhins are the zenith of their respective masajids, communities, and nations.

One of the biggest tragedies in all of this is that making the adhaan to a large degree is a practice reduced and restricted now-a-days only to the institutional level of the masajids or elite social events. Question: Should we not make the adhaan and establish prayer in our homes? We are living in a time where Muslims around the world are facing tremendous difficulties that are quite complex in their nature. It is times like these where we as a community need to turn to the guidance of our Creator and the Messenger of Allah

. Islam has a way of solving complex problems with the simplest of solutions – Prayer!

Make the call to prayer and the people will come! Every household should have a designated Muaddhin. The leadership of the household should make it a point to set an example by making the adhaan and calling everyone to pray. The adhaan brings people together for prayer and prayer brings us close to one another and the Divine. Children can eventually be vested with the responsibility and incentivized to make the adhaan and bring the rest of the family together. This is how our youth will learn, take responsibility, gain confidence in who they are and move Islam forward. You can shut off the alarm on your phone or a wall clock, but you can’t and shouldn’t mute a real live person.

Someone recently asked me “What do you feel when you hear the adhaan?” I answered: “When I hear the adhaan, I become nostalgic. I think of Makkah and Madinah, of Hajj, Umrah, billions of Muslims around the world that come in all different shapes and forms, prostrating in the direction of the Holy Sanctuary. There’s an image that pops into my head of Bilal

making the call to prayer from the top of the Kabah with 10,000 strong during the time of the conquest of Makkah; and there’s an image imprinted on my heart of him making the adhaan for the last time upon the insistence of the Khalifah Umar-Al-Khattab

surrounded by the Prophets’ companions [ranhuma] who wept as they reminisced about the days of the final Messenger of Allah, Sayyidina Muhammad Mustafa

On April 3rd, 2015, Jameel Syed sets off on a journey to be the first Muaddhin in history to recite the call to prayer and the Last Sermon of the Prophet Muhammadﷺ in all fifty states across the United States. The ultimate goal? To reclaim the American Muslim narrative and give masjids the opportunity to deliver a positive message to the world. The entire trip will be chronicled in real time, through photographs, videos and blog updates. Follow the trip here:

Jameel A. Syed is the founder and CEO of the Fluidvisions Marketing Firm. His concentration and focus is Strategy Consulting, Building Brand Equity and Launching New Ventures. He has over 20 years of corporate experience across a very broad spectrum of industries and through Fluidvisions, he has serviced hundreds of accounts in the past ten years. As an Executive Consultant, he has worked exclusively with key decision makers within his respective clientele base. He has a special concentration in working with the American Muslim community as over 90% of all clients within his portfolio are Muslim owned and/or managed.