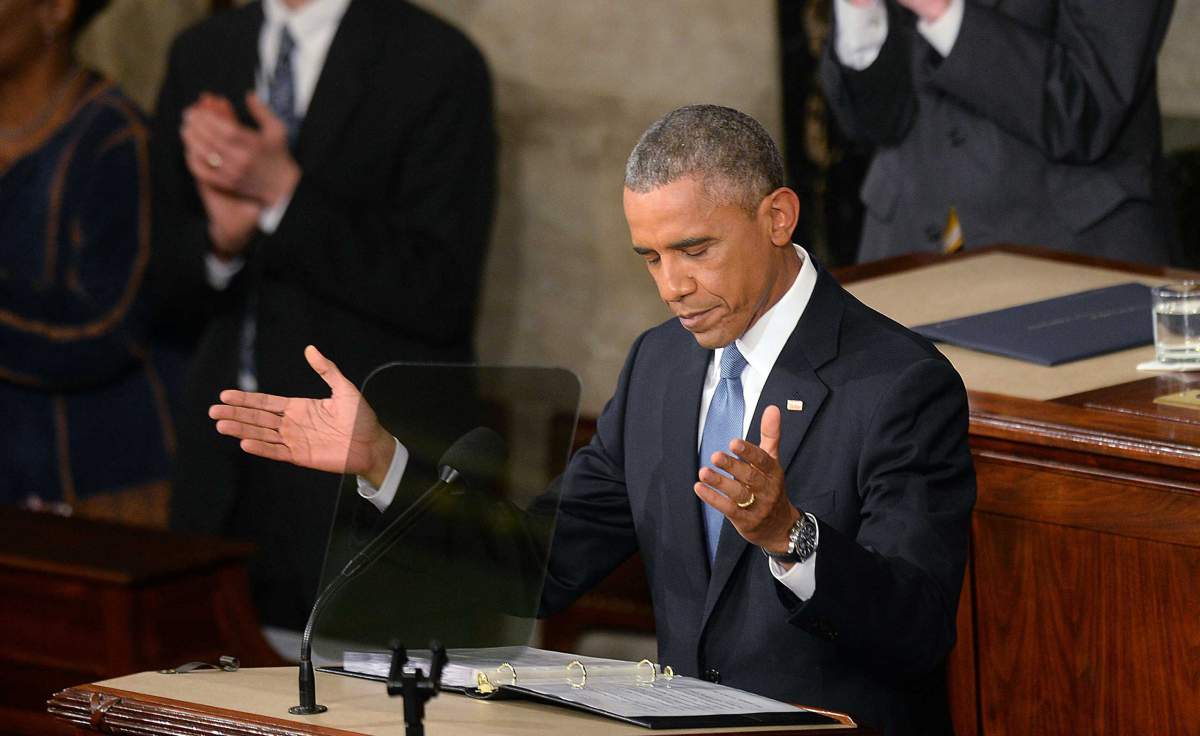 You mentioned in a recent Los Angeles Times op-ed: “But we know that many Muslim Americans across our country are worried and afraid.” Gee, Mr. President, with all due respect, did any Muslim American leader tell you that most American Muslims, although concerned, are also patient, faithful, believe in the power of prayer, and have put our trust in our Lord?

You see Mr. President, to many of us, Islam is a religion; not a political ideology. And as such, there are numerous verses in our scripture and prophetic traditions that teach us how to deal with negative statements about Muslims and Islam. I’ll just mention a couple:

All that is with you is bound to come to an end, whereas that which is with God is everlasting. And most certainly shall We grant unto those who are patient in adversity their reward in accordance with the best that they ever did.” 16:96.

Endure, then, with patience (all that they who deny the truth may say] -always remembering that it is none but God who gives thee the strength to endure adversity and do not grieve over them, and neither be distressed by the false arguments which they devise.” 16:27.

So you see Mr. President, some American Muslims simply do not have the time to sit around being afraid and worried about anti-Muslim sentiment. Our faith and trust in the Lord keeps us calm.

Some American Muslims believe that in the United States of America people have the right to like or dislike whoever or whatever they want, as long as they do not resort to violence or break the law. In fact, Mr. President, American Muslims believe that our right to live as Muslims and to love Islam is connected to the right of others not to be Muslim and to dislike, even hate, Islam. American Muslims are not a tribe, we don’t have tribal chiefs imbued with the authority to tell all of us what to think, what to like or not like, how to feel, or what to fear.

If you really want to know who American Muslims are, Mr. President, you might want to ask around a little bit more, and not rely on a few Muslim political organizations. By the way, we didn’t elect those guys to represent us in the first place. We did elect you to be our President, and I at least expect you to dig a little deeper before you ask our entire country to give American Muslims a special pass that other groups who have endured negative criticisms of their faith did not have.  Some American Muslims prefer not to be held hostage by fear and anxiety about things that we do not control. Only God has full control over what is in people’s hearts. Our time is better spent believing and trusting in Him and calling ourselves into account, before the Day comes when we are called into account.

You know Mr. President, I clearly remember when the Reverend Dr. Martin Luther King was assassinated. I was a fourth grader at Francis D. Pastorious Elementary School in Philadelphia, Pennsylvania. We were all instructed to go outside, stand in full assembly, and sing “We Shall Overcome.” The second chorus was, “We are not afraid.” I wasn’t afraid then, and I sure as heck am not going to start being afraid now. It does not serve any noble purpose that Americans, Muslim or non-Muslim, live in a perpetual state of fear.

In the meantime I will defend, without violence, the right of any and every American, whether they like Islam, hate Islam, are ambivalent towards Islam, or are an adherent of Islam, to speak according to his or her own conscious and conviction, whether it be political, religious, satirical, or editorial. You can tell people who you want them to be, but you cannot tell them who they are and what to think. I believe that God will call every person into account on the Day of Judgment based upon who they are, not who they said they were, or who someone else thought they were. In the end, it is God who will decide who is right and who is wrong, and at that time nothing else will matter. I don’t speak for all American Muslims, Mr. President. In fact, I don’t believe anyone can – that’s just my take on it, sir. If I can be of any additional service, please contact me. I’m sure you have my number.

Imam Luqman Ahmad is the Imam and Executive Director of Masjid Ibrahim Islamic Center in Sacramento, California. He is also a founding member of COSVIO (Council of Sacramento Valley Islamic Organizations), and the author of the book; ‘The Devils Deception of the Modern Day Salafi Sect’ available on Amazon.com. He can be reached at imamluqman@masjidibrahim.com. http://www.masjidibrahim.com.

5 Ways to Protect Your Teen from Joining ISIS