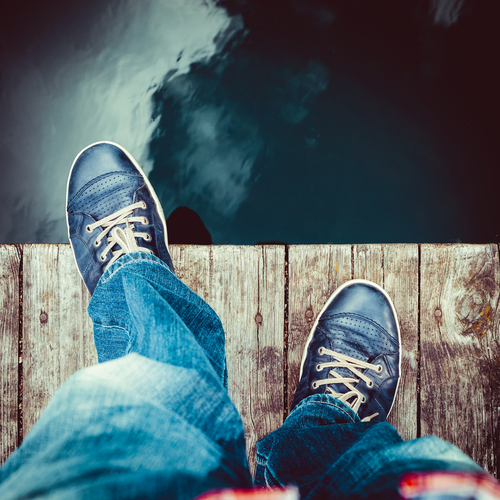 One of the most taboo topics within our community is the topic of suicide. But how long can it be ignored, considering that the World Health Organization (WHO) reports someone around the globe commits suicide every 40 seconds. Below is a story of one Muslim who was saved from making what would have been an enormous mistake.

Part 1: Reaching the Point of No Return

Allâh does not want to place you in difficulty, but He wants to purify you, and to complete His Favour on you that you may be thankful. (5:16)

The truth is no one wakes up and says, “I will kill myself.” Even as a child I knew suicide was haram (prohibited); something which Allah did not allow. And the thought of it never crossed my mind. Of course, at that time, it didn’t really need to. But what led me to go from adamantly opposing suicide to considering it, and then finally planning to go through with it?

It was a couple of years ago I found myself, for the first time in my life, sitting and speaking with a counselor. The way I got there was completely accidental. I was never one to express myself and preferred  not to speak to anyone about any issues I had. When I did speak to someone it would only be out of dire need. But I was meeting the counselor for a reason: I needed some direction as to where I was heading in my life. I felt almost anything I tried was leading me to failure. Perhaps the counselor would help.

I told her what I felt, “I’m tired of trying and failing. I’m tired of hearing people trying to motivate me. I’m tired of the cliché ‘don’t give up’, ‘keep your head up’ gestures. I just want to put this behind me and move on.” I knew there were certain roadblocks in my life stopping me from performing the tasks that everyone around me “expected”. But I had no clue what they were.

I thought back to my earlier years. When I was five,  my family and I moved to Canada. I had a normal childhood – loved cartoons and, as I’m told, was very talkative and energetic. The turning point came at age 6. I needed to have immediate surgery on my nose. However, during the operation, the surgeon made a mistake when replacing the cartilage to my nose and it resulted in a deformity on my face. The front part of my nose became partially flat, something very difficult to ignore if you saw me back then.

As a result, my entire childhood, kids my age taunted me, made fun of the way I looked and even beat me up at times, for no other reason except that I “looked” weird. I wish I had memories of better days, but this was it for me – a living nightmare.

I remember one day at school when a student came to my best friend and starting making fun of my appearance. I hoped, in the back of my mind, that my friend would have my back, but he also started laughing. In hindsight, he must have been scared too, but since I didn’t have many friends back then it made it hurt even more. I could peripherally see  the kids looking at me, including my best friend, pointing to their nose and laughing. I turned my face away and just kept my head down.

It was a normal occurrence for me to be walking down the street as a young kid and girls my age would walk past me and within 5 seconds burst out laughing. Perhaps it was something else, but I couldn’t help but think it was me. I tried to keep my feelings bottled up. How long could this last? I thought. The next day would sometimes be worse than the one before. I didn’t know how to handle it. If I stayed quiet and patient, the mockery just continued.

At school during recess, I would sometimes be walking alongside a wall when two or three kids from the school would start throwing tennis balls at my direction at full speed. They would taunt me, throwing the ball right in front of me and right behind me as I would try to duck and avoid getting hit. And when the ball drilled my face, they would laugh and sarcastically say, “Oops, I missed. I was just trying to hit the wall.”

I started to become more and more distant from others and wouldn’t speak much. I became extremely anti-social. Anything I’d say or do seemed to be disregarded because of how I looked. And worse, there was no way around it. No matter what I did or what I said, nothing could change the way I looked. My parents later put me into an Islamic school. It didn’t really change things since kids are kids of course. Now there was just a different group of students bullying me.

Stress Builder: Death of a Loved One

Then things took a turn for the worse. When I was 11, our family friend came to our doorstep and announced Dad had passed away battling cancer. My sisters screamed in shock, I walked up to my mother to hug her and she, completely overwhelmed by what had just happened, pushed me away and broke down crying. So the only male influence I ever had in my life was gone just like that. I never had a male role-model to learn from – it was just my mom and five (older) sisters from there on.

Right before high school I finally had surgery to repair my nose. And although now I ‘looked’ like a normal kid, I certainly didn’t feel like one. You know the parable, “When you keep pushing someone into a corner, sooner or later they’ll turn around and come back at you?” That was essentially me. The years and years of verbal/physical abuse caught up, and now I had become extremely cranky and rude-tempered. This included getting into fights with anyone who made fun of me, yelling back at teachers, cursing, etc. I basically became what you could label as a ‘troubled kid’.

But I felt I had to act this way because there was no way around it. No one had my back. My friends would walk away. My dad was dead. My mom could hardly speak English. My sisters had no clue how to deal with a brother since I was the only guy in the house. I felt in order for anyone to show me respect, I would have to scream back at them so they would understand I was no pushover.

I also couldn’t speak up for myself. I didn’t know how to respond when someone taunted me in front of others. My immediate response was just to curse, yell or fight back (even if it was an adult). Teachers and elders would always look at me as a spoiled kid or someone who had no respect for others. My family friends would often ask my mother why her son was so distant from people and bad-mannered. I felt like no one around me understood who I was. 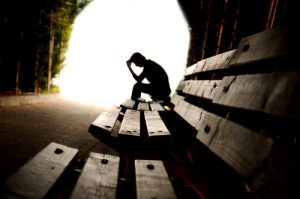 O Allah, when would this end? I felt something bothering me inside. I started having mental breakdowns as a teenager. I wanted to run away. I wanted to leave my home, just run and run. Where? I had no idea, just run until I could run no more. My mom had no idea what was going on in my life, but could I hold a grieving widow responsible? I was a regular kid just like others around me, I wanted friends, I wanted some attention, I wanted to be noticed, I wanted people to stop looking at me with disgust…I couldn’t find it anywhere.

I just knew that I could only find that peace I so dearly wanted in Islam. So one day I went to my mother and said, “Mom, I can’t go to this school anymore, I want to leave this place and go to a Quran academy, maybe memorize the Quran. Or just go to the mosque every day and pray. I just can’t go to school.” She was unwavering on the thought of me leaving school and continuously told me no. So over the remaining stretch of high school, I started skipping classes upon classes. In my eyes school only represented hurt feelings, loneliness, betrayal, bullying, and heartbreak. I didn’t want to be there anymore. I would show up to class uninterested and gave every reason for teachers to assume I didn’t care.

Several times throughout the year I would wake up abruptly in the middle of the night with something I felt was piercing through my heart. It was a weird feeling. I felt disturbed and extremely confused. I felt lost in this world, like I didn’t belong here. The only remedy I found was crying. I would start crying profusely and not know why I was doing it. I found no words to explain how I felt except for the stream of tears that would run down my face. And no matter what I did, things just didn’t change.

Who would want to continue living like this? It was at that point I started to ponder committing suicide.

Mohammad Zafar is a guest contributor who made it out of depression after his childhood, teenage and early adult years were taken away by it. Mohammad likes to share his experiences in hope it may be of help to others. He is also the founder of a well-known Islamic Nasheed channels on YouTube. He spends his spare time reading, designing videos, and arguing with his 5 older sisters. He currently resides in Toronto, Canada where he is passionately pursuing a degree in History.

Related Topics:bullyingdepressionPsychologySuicidesuicide in islam
Up Next

Should I Take A Quarter Of A Million Dollars On Interest For Medical School Or Live A Terrible Life With Crushed Dreams Forever?

21 Lessons in Leadership from the Prophet | Part 11