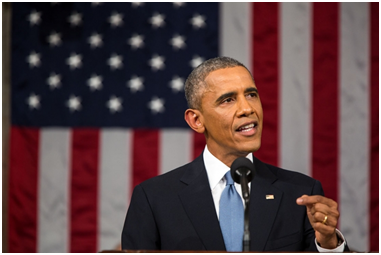 President Obama has entered the final quarter of his big game. Watching President Obama’s State of the Union Address in DC is like watching the superbowl for political junkies, foreign policy junkies and social activists. (I would like to say I fall somewhere in between, but that is for others, like my PITAPALS, to judge). Following President Obama’s approval rating on screen was not nearly as fun as following #SOTU2015 and viewing encouraging comments like, “Thank you POTUS, ‘It’s why we continue to reject offensive stereotypes of Muslims — the vast majority of whom share our commitment to peace…‘” or the silly, “Sigh. I want the love of my life to look at me like Joe Biden looks at President Obama during every #SOTU.”

Furthermore, Muslim Americans, like myself, may feel a little more included with a mention. However, I immediately cautioned myself that the reference resulted from the tragic Charlie Hebdo backlash.

For the issues that I cover as a blogger, governance and economics in the Middle East & North Africa region, I totally lost playing Bingo.  The terms I chose (Iran, Iraq, Syria, Drones, and Diplomacy) did not pop up in a satisfying combination on my Bingo sheet.  For those who literally track presidential remarks point for point, I invite you to look at Politifact, and judge for yourself whether the points are seriously wrong, or just different interpretations.

Obama focused more on domestic issues than foreign policy concerns by emphasizing college affordability, imploring big companies to create apprenticeships at home, and referencing our NASA program’s space experiments and hopes for exploring Mars.  I counted more references to ‘middle-class economics’, ‘new jobs’, and ‘employment’ than ‘Middle East’, ‘Russia’, or ‘China’.  Hopefully, this means increased funding for the kind of 21st century infrastructure that supports education as well as increased research and development–and not the scary weapons kind.

On that note, drones received a mention–but not its corollary: high civilian death toll in countries like Yemen, Pakistan, Afghanistan and Iraq.  Specifically, that targeted drone strikes have accidentally targeted 142 children, according to watchdog Reprieve.

While pessimists have evidence to label Obama’s last 2 years of a two-term presidency as a “lame duck” period, optimists may have just as much evidence to claim otherwise.  As political scientists note: the last two years of “lame duck” actually present an opportunity for executive leadership to truly drive policy change without fear of re-election politics.  Remember, both former Presidents Clinton and Bush closed out their second terms to reopen U.S. dialogue on a Palestinian state.

If caveats are included, here is where Obama may truly leverage his power as someone who has freedom to really pursue an agenda without worrying about spending political capital:

First, he called for closing the infamous American prison at Guantanamo Bay – again.

I hope he closes it because he has allies from the U.S. military, like Major General Michael Lehnert, calling for the closure of “Gitmo”. As an American taxpayer, it is costing me (and you) about $2.7 million per prisoner per year, according to the cost figures released by the Pentagon in 2013.

Second, the U.S. is moving forward to prevent a nuclear Iran – even though Iran’s capability is far more removed than North Korea’s.

Although this point may be a harder sell to the hawks, our relationship with Iran stands as much of a chance of improving as not, in Obama’s homestretch. On another positive note, I was pleased to hear Obama state loudly, “I will veto any new sanctions bill!” Imposing sanctions would only walk the U.S. and its allies backwards from where we stand now: dialogue with a non-nuclear ready country.

Third, Obama has not called for expanding U.S. forces into a new war front.

This is a double-edged sword when referencing Syria. It is good to know that the U.S. will not repeat an Iraq in Syria, as Americans – Muslim and non-Muslim – remain “war weary”. But, the U.S. is still launching bombing campaigns to deal with violent extremism by non-state actors in a state (Syria) inhabited by a violent state actor (Assad regime). U.S. policy to deal with violent extremism will probably emerge in #SOTU2016. But, I am also just as hopeful that human rights and calls for leading tribunals will also receive a mention in #SOTU2016.

Next year’s Bingo card for me will include ‘Closed Guantanamo’ and ‘Gun Background Checks’… and ‘Profiling’.

Of Sump Pumps and Prayers