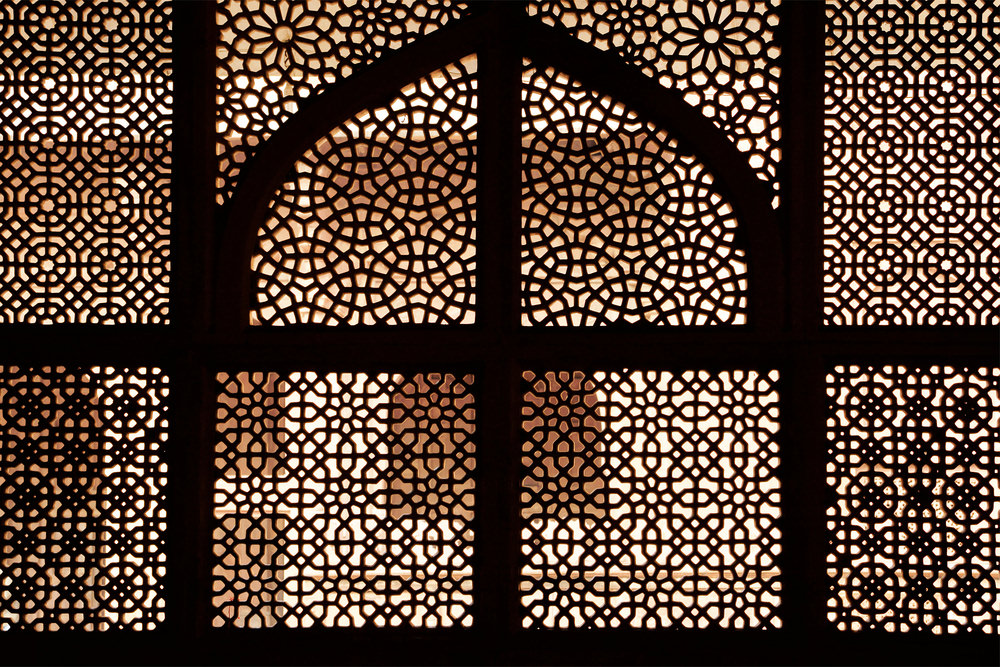 On Saturday 1st Muharram 1436 (Oct 25th 2014), hundreds of thousands of well-wishers converged on the streets of Dhaka to bid farewell to one of the most recognizable faces of Islam in Bangladesh, Professor Ghulam Azam.

In this short piece, I would like to present an insider’s perspective into my beloved grandfather’s household. Though I live abroad now, for some years of my childhood and youth, I was honored to live under the same roof as this illustrious Islamic scholar and remarkably influential da‘iya.

My grandfather was born in 1922 into a scholarly family with a lineage in which every one of his known forefathers was an Islamic scholar. However, his father, the Qadhi of Dhaka of his day, recognizing that Islamic scholarship had now become institutionally marginalized, and that graduating from traditional Islamic seminaries no longer provided careers for individuals who could shape and influence society, opted to send his son to a conventional educational institute, while providing him with a very thorough grounding in the Shari‘a sciences. Thus when he eventually made it to Dhaka University, he enrolled in the Arabic program only to find that his knowledge of Arabic was beyond anything the University had to offer.

At University, he also became politically active and was a major force in the Bengali language movement that campaigned to have Bengali recognized as an official language in what was then East Pakistan, shortly after the independence of Pakistan. Early in his career, my grandfather was also a member of the Tabligh Jamaat movement, which he would later leave for the more politically active Jamaat Islami, though he always maintained the spiritual values instilled in him from his time with the former group.

My grandfather was a very softly-spoken man, remarkably for someone known for powerful oratory. Possessed of a kind-heart, he had an ever present smile. He particularly loved young children, and went out of his way to play and make conversation with them. He would often say that little children are like lamps that bring life to homes. I have many fond memories of his affection and kindness to me as a child, and to 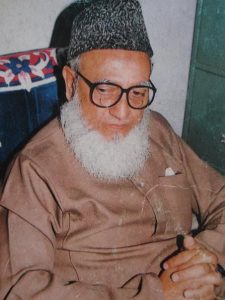 the many other children in my extended family who loved to rest in his arms, or indeed, enjoy his enthusiastically playing with them!

But he was also concerned with his grandchildren’s Islamic education. I remember one Ramadan, during which he was in his annual i‘itikaf, when he organized nightly lessons for all his grandchildren in the masjid frequented by the family. At other times, I remember him taking the time to teach me how to pray as a young child. Despite leading the largest Islamic political movement in Bangladesh, constantly traveling, lecturing, and meeting with people, he did not neglect his household, but rather gave as much time to us as was humanly possible.

This was only possible due to his very disciplined lifestyle. He ate moderately, exercised regularly, and generally lived a remarkably ascetic lifestyle for a personage of his stature. When he was home, I never saw him miss the iqama in the mosque. Even in old age, he hired a personal assistant to arrive at his home so that he could walk assisted to the mosque well before the beginning of the jama‘a prayers. He closely followed a timetable that would allow him to sleep shortly after Isha prayers so that he (and my grandmother) would be able to wake up before Fajr to pray tahajjud prayers each night. There was never a time that I passed their room late at night, except that I saw them both in prayer—a practice they have had for decades.

Recent persecution as a political prisoner

Of course, recent years had been particularly difficult for my grandparents. Driven primarily by political calculation, the current Awami League government of Bangladesh has targeted the main opposition parties in an effort to hold on to power. Jamaat Islami, the Islamic political party that my grandfather had led, for decades, had played the role of kingmaker in the first two elections of the 2000s. So long as the Jamaat was in play, Awami League could not dethrone the coalition government. To counter them, Awami League resorted to dredging up the emotive issue of the bloody birth of Bangladesh in the 1971 Liberation War.

Jamaat had openly campaigned against secession which was strongly backed by India at the time. India had been at war with Pakistan just six years earlier, and was enthusiastic about the prospect of what would have been the secession of East Pakistan from Pakistan. As it turned out, West Pakistan used indiscriminate and brutal force against East Pakistan’s population to bring them to heel precipitating a civil war whose conclusion can only be described as the Liberation of Bangladesh from the oppression of the then illegitimate government of West Pakistan and its military.

During the war, while he campaigned publicly against the breaking up of a united Pakistan, he was very sharp in his criticism of the military in his interactions with the Pakistani authorities. In one instance, when some members of the Pakistani political and military leadership tried to meet with him, he so vehemently rebuked them for their extreme and gratuitous brutality that the people present feared he would be killed by them. He was not one to fear for his life when speaking truth to power—the highest form of jihad.

Despite this, because of Jamaat’s campaigning against secession, the current ruling party in Bangladesh began a concerted PR campaign in the 2000s to brand the organization and its leaders traitors. By 2009, the campaign had succeeded in attracting a large youthful demographic, consisting of people who were not even alive during the war, to vote in the present ruling party. This gave them the opportunity to establish a highly politicized tribunal for trying ‘war crimes’ the evidence for which is so thin that it has frequently been a cause of embarrassment for those supporting it.

The tribunal, which was in and of itself a potential force for good as a kind of “truth and reconciliation commission,” has been repeatedly criticized by innumerable international bodies. These include Human Rights Watch, Amnesty International, the UN Working Group on Arbitrary Detention, and the Bar Human Rights Committee of England and Wales, to name but a few. The politically motivated nature of the tribunal has been recognized by all independent observers who have taken the time to study it. However, Bangladesh’s relative geopolitical insignificance has left its domestic happenings as little more than a blip in the international news cycle, most of which is simply taken in by the narrative that is pushed by the largely anti-Islamic media outlets in Bangladesh. Thus my grandfather’s ludicrous conviction, which was castigated in a detailed report by Human Rights Watch, made barely a ripple in the international community. And now before the appeals process could begin to show the world the complete lack of any evidentiary basis for such a conviction, he passes from this world bearing this defamatory conviction.

His martyrdom and legacy

likens the believers in their mutual affection and love for one another to a single body. “If part of it is in pain, the rest of it suffers in fever and sleeplessness.” The concerns of the Muslims are many in our times. My grandfather’s passing is a single death that pales in comparison to the hundreds and thousands that have passed in Syria and elsewhere in the Muslim world in recent years. But it is important that we give our great scholars and leaders their due to the extent that we can.

It was with great sadness that our family learnt that my grandfather had died in prison. His condition had become critical weeks ago, but the government, which had imprisoned him for his political views, showed no clemency despite repeated calls from international leaders and institutions that he be released on compassionate grounds. He breathed his last at 10:10 pm on Thursday night (i.e. the night of Jum‘a) on the eve of the Islamic New Year, in the presence of only a handful of his family members.

Yet, my grandfather had expressed his desire for martyrdom in an interview he gave shortly before his arrest in January 2012. He was not wanting in experience—he had spent many years of his career as a political prisoner. In the end, it seems that Allah blessed him by granting him what he wished for, even if his family would have liked him to be at home in their care.

My grandfather left many written works, most of them in Bengali, including many short works that were oriented towards the everyday needs of Muslims in their worship and their religious activism. But perhaps more importantly, he touched the hearts of millions in Bangladesh and around the world as someone who drew them closer to Allah, and instilled in them a desire to realize a society in which the word of Allah would be the most high.

May Allah accept him as a martyr in his path, forgive him all his shortcomings, and enter him into paradise without reckoning.

21 Lessons in Leadership from the Prophet | Part 2