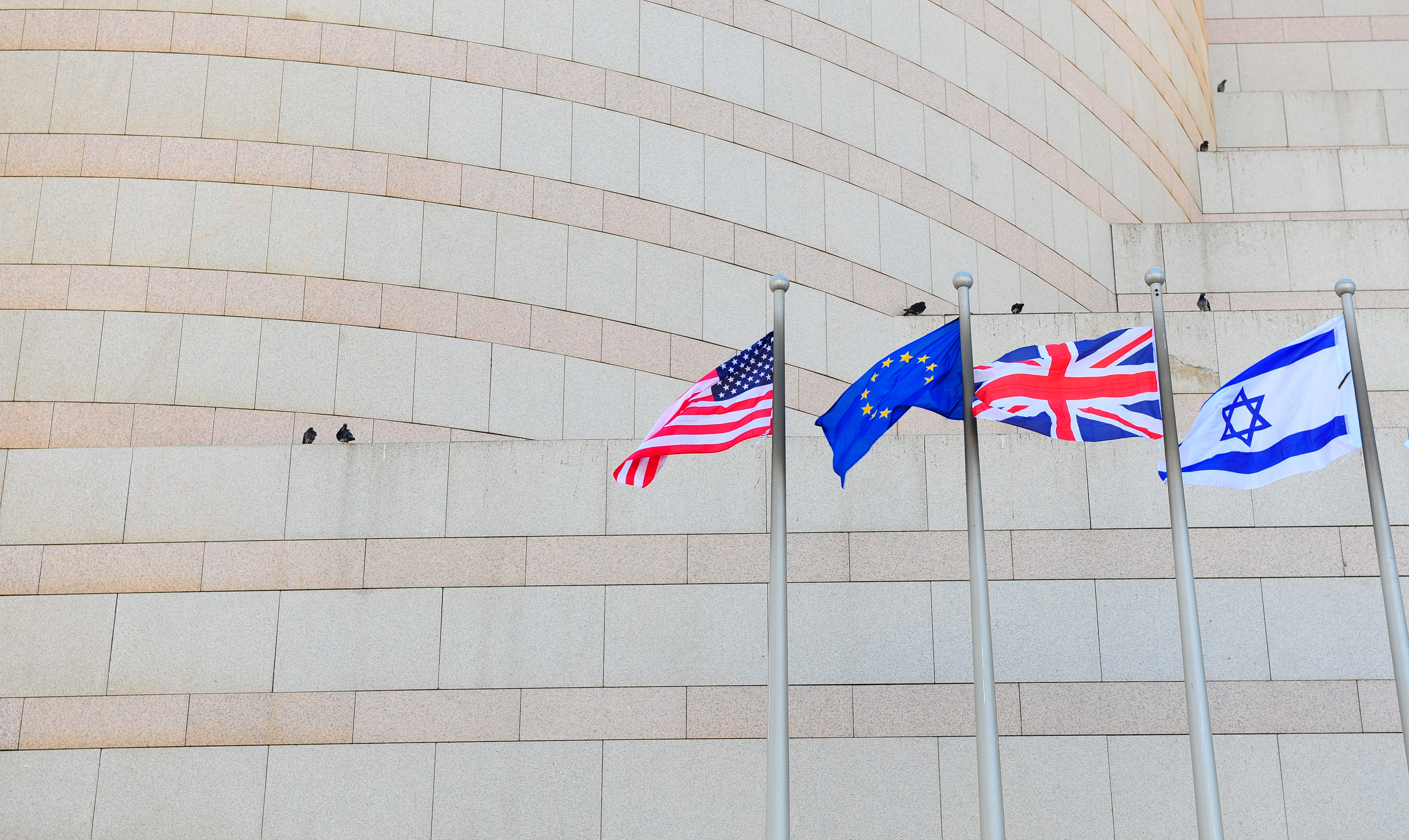 Baroness Sayeeda Warsi knows how to make a dashing entrance. As the first Muslim woman of Pakistani decent to serve in the British cabinet, she strolled down Downing Street in a pink shalwaar kameez for her first meeting. That was a landmark moment in British politics; it was supposed to usher in a new era for the Conservative party.

Her departure from the government has been just as momentous, if not more. Lady Warsi now also holds the title of the first Muslim woman to have resigned from cabinet. She did so citing the government’s ‘morally indefensible’ position on Israel’s invasion and military aggression in Gaza.

Lady Warsi’s resignation from as Foreign Office minister comes at a crucial time and highlights the increasing pressure Western governments are facing for their support of Israel. Her protest is one of the boldest and most outspoken expressions of activism for Palestinian human rights. She joins an increasing number of European politicians who are making it politically acceptable to condemn Israel for its utter disregard for international law. French President Francois Hollande referred to the bloodshed in Gaza as a “massacre”; the country’s foreign minister also made it patently clear that Israel could not justify “killing of children and slaughter of civilians”.

With a temporary cease-fire in place, Warsi’s resignation comes at a time when Gaza’s plight could have been relegated to the back pages of the daily paper. Her move brought about a serious debate on Britain’s role as a mediator in the Middle Eastern conflict. It highlights not only how out of touch government policy is with public opinion on this issue, but it also sheds light on the growing opposition to Israel from within the British political class.

Baroness Warsi has garnered praise from fellow Tories, and beyond, for her principled and bold decision. The move has prompted other politicians to speak out openly as well. Labour leader Ed Miliband called on the PM to seriously reflect on Warsi’s resignation grievances. Even Deputy Prime Minister, Nick Clegg, made clear his opposition to the arms export to Israel and stated his belief that its license should be suspended. PM David Cameron is no doubt under serious pressure to act swiftly on Israel’s atrocious military transgressions.

The decision of a senior Muslim politician to step down from public office to protest government policy represents an effective use of oppositional politics for Western Muslims. American Muslims continue to straddle between opposition and engagement; the recent White House iftar debacle brought the debate yet again to the surface. While some Muslims argued for a boycott of the Obama Administration, others passionately sought engagement as a means to make their grievances heard. What many fail to recognize is that instruments of opposition and engagement don’t work in isolation – both need to be strategically placed in order for either of those methodologies to be effective.

The approach employed by Baroness Warsi’s demonstrates effective use of both engagement and opposition. After tirelessly working to change government policy from within, it was only in the failure of lobbying efforts that she resorted to a walkout. Her resignation made headlines, sparked controversy and initiated a debate today because it was preceded by a decade of engagement within the British political sphere. The political ecosystem needed for such a move to matter existed because of Warsi’s legwork and civic engagement. Her outspoken and principled stance on Israel is inline with that of British Muslims; instead of bowing down to party politics and institutions of power, Warsi demonstrates that even minorities can stand up to and challenge the status quo.

Warsi’s departure jeopardizes the ability of Tories to garner support from ethnic minorities, Muslims in particular – a demographic they had spent much effort wooing. Again, the threat of losing the Muslim vote can only exist if Muslims are known to be engaged in the electoral process and actively vote in an organized fashion. The ‘Muslim vote’ is not something that politicians chase, at least in the US – Obama has yet to enter a mosque. Therefore, a threat to boycott or oppose the political establishment is only effective if it is accompanied by a tangible cost to politicians at polling stations.

While this move is no doubt a step forward for Palestinian solidarity, it is not evident that losing the lone Muslim woman at No 10 is in interest of British Muslims—regardless of the disagreements they may have with her. All dramatic political moves come with a cost; in this case it was the loss of a very visible symbol of British Islam at Downing Street. Warsi no doubt played important role in advancing interests of British Muslims in the government; her pioneering work on Islamic finance and the efforts to combat growing anti-Muslim bigotry highlight these contributions.

As Western Muslims continue to experiment with the modes of interaction with institutions of power, Lady Warsi’s move can be counted as one that was principled and well-executed. Its immediate objective of highlighting the government’s inaction to Palestinian suffering was certainly achieved; whether it will have long-term benefits remains to be seen. For now, Warsi is to be commended for her unrelenting courage, dedication to civil service and outspoken advocacy for social justice.