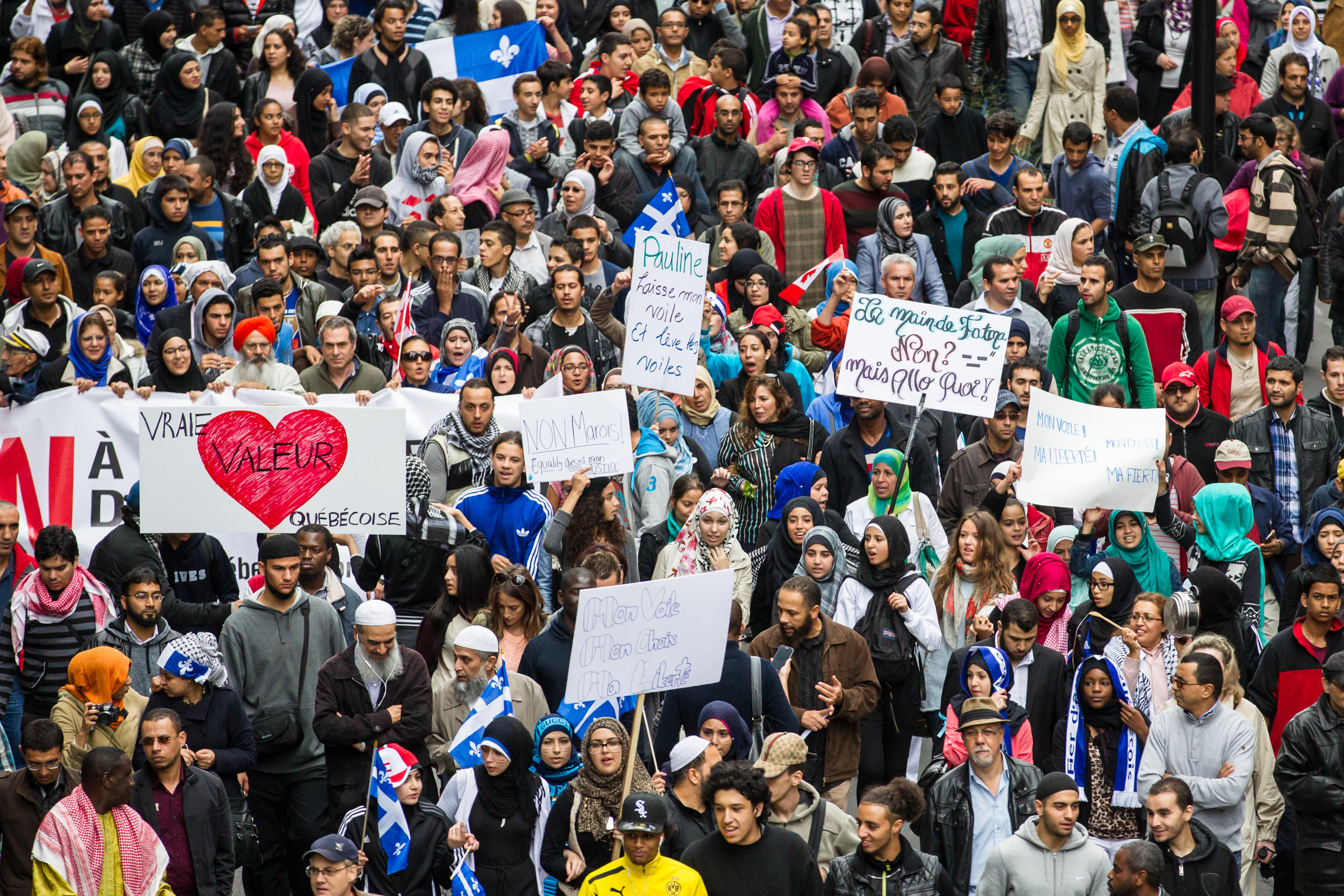 The lunacy which has dominated the discourse coming out of Quebec over the last year has finally been countered with a dose of sanity. In a historic vote this Monday, the ruling Parti Québécois (PQ) suffered a major defeat after just 19 months of taking office. Premier Pauline Marois organized an ugly campaign which centered on identity politics and secession from Canada. Her gross miscalculations resulted in a humiliating loss and allowed the federalist Liberal party to form a majority government in the Francophone province.

The madness which characterized PQ’s odious agenda is best exemplified with their proposed secular ‘Charter of Values’. The notorious document, an affront to Canada’s Charter of Rights and Freedoms, proposed banning all public employees from wearing religious symbols: hijabs, turban, skullcaps – anything ‘conspicuous’. This Charter paved way to a discourse which was perhaps the most jaw dropping display of xenophobia and anti-Muslim rhetoric in recent history.

It become obvious quite soon that PQ’s main target were Muslims; other ethnic groups appeared to be collateral damage that got thrown in to maintain consistency in the bigotry. PQ candidate Jean Carriere posted a picture with the title ‘F–k Islam’ on his Facebook page – this resulted in him being expelled from the race. Another candidate, Louise Mailloux, repeatedly claimed that kosher and halal products are a scam setup by Imam and Rabbis to help fund religious wars. Despite the pressure, Premier Marois stood by her candidate and said she respected her point of view. André Beaudoin, also a PQ candidate, expressed his fear that Muslim prayer could become a drain on the economy.

The abominable rhetoric continued with the likes of Janette Bertrand; a veteran activist who had been campaigning alongside Marois. She remarked last fall the she would not want to be treated by a doctor wearing a hijab because she feared getting substandard care. “I would be afraid … in her religion, women are not given the same care as men, and the elderly are allowed to die sooner”. More recently, Bertrand elucidated her fears by citing an example of Muslim men who don’t swim in the same pool as women in her condo – what if they organized to pay for separate sessions, she wondered hysterically. If these are public and documented cases of blatant racism, one can only image how bad the domestic undocumented cases might have been.

During the campaign, Ms. Marois further clarified that implementing her Charter would mean having to fire public employees who refused to remove their religious symbols. Hijab wearing day care workers, for example, would have to find new professions. She assured, however, that “we will help her reorient herself”. With a humiliating defeat where she lost her own electorate, it seems that Ms. Marois is the one who will have some reorienting to do.

Another interesting aspect of Parti Québécois campaign was the ‘unprecedented’ move to run several Arab candidates. These were mainly secular women of North African descent and staunch supporters of the Charter. The plan was to try to woo Arab support for the Charter and to make a point that even these Arab women have ditched the hijab. The plan backfired terribly as all four candidates lost their respective ridings. Even these poor attempts at tokenism failed to work for the Marois government.

PQ’s strategy from the start had been to play identity politics and capitalize on the xenophobic tendencies of their constituency. While the Charter did gain significant support when first introduced, it was the decision to re-ignite the sovereignty debate that lead to their final doom. The referendum for secession from Canada was made into a campaign issue and then came the tirade of nonsensical plans for an independent Quebec. It seems that the astounding defeat of the Bloc Québécois in the federal elections three years ago wasn’t clear enough for the PQ. This vote send’s a clear message to Quebec nationalists:  the 70’s are over, sovereignty isn’t happening, this ain’t Crimea – get over it.

Re-election of the Liberal party with a majority should serve as much needed relief for Quebec’s ethnic minorities. With the state-sponsored discrimination proposed by Charter scrapped away, people can finally have a good night’s rest. It is hoped that a decline in political support for anti-Muslim bigotry will lead to toning down of the rhetoric in mainstream circles. The results of the election should also serve as a reminder that the image of Quebecers as an intolerant people is need of review. Racism and bigotry have by no means been wiped away; but the fact that thousands across the province stood up for minority rights is a positive sign by any standards.

From Kansas to Palestine, Hatred and Pie

3 Reasons Why I am Skipping Out on “Noah”