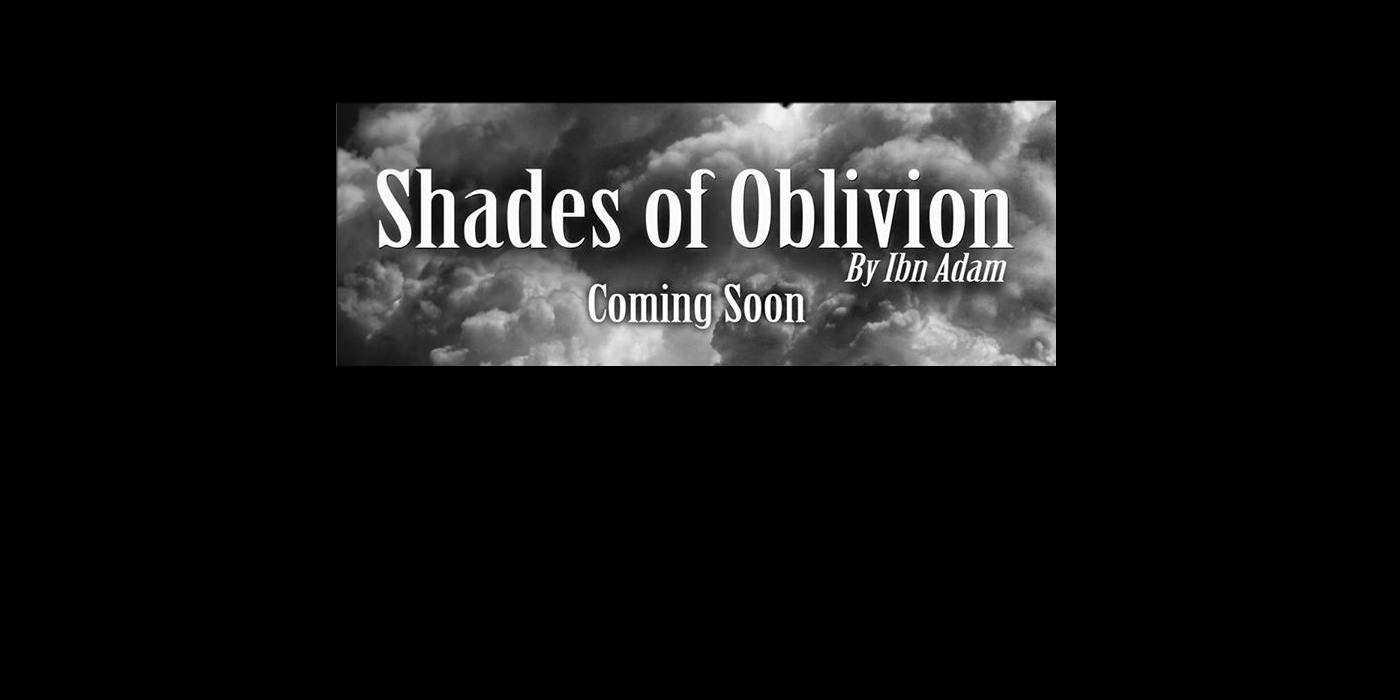 UZ: Tell us a little bit about yourself (your background, where you grew up, etc).

IA: I am 30 years old, raised in Northwest London. I hold a BA in English Literature from Royal Holloway University of London and an MA in Linguistics from the Institute of Education, University of London. I worked for several years as a secondary school English teacher before moving overseas. I am currently teaching composition writing at a university in the Arabian Gulf. “Shades of Oblivion,” written under the pen name of Ibn Adam is my first novel. (Ibn Adam is better known as M. Hamid Choudhury)

UZ: What is “Shades of Oblivion” about and why did you choose this title? What are some of the greatest challenges that you believe Muslim men face living in the West? Does your book address these challenges?

IA: “Shades of Oblivion” is a character-driven, contemporary novel set in the inner boroughs of London. It presents the stories of Masud Khan, Rizwan Kareem and David Eubanks; three teenagers from different backgrounds whose lives are inexplicably connected. The novel follows the characters from their late teens through their early 20s and the decisions they make that lead them into ‘Oblivion’—the unofficial name given to a post 9/11 detention center.

At the heart of the novel is the theme of choice and consequence and how the decisions we come to make can impact on the rest of our lives. However, it should be noted that the novel is not about the incarceration in Oblivion, but more about the three characters’ lives and personal journeys before imprisonment. The novel encompasses a number of themes which I believe are pertinent in this day and age, especially for Muslims living in the West. For example, issues relating to identity and the struggle to maintain oneself in face of the various gravitational pulls of a modern urban city. Of course by delving into these topics, I also had to touch on issues which are deemed taboo by the Muslim community. After working with young Western Muslims, however, I truly believe these issues need to be addressed and discussed rather than ignored.

UZ: What inspired you to write this story, and who is your intended audience? What do you hope readers will benefit from the story?

IA: I wrote “Shades of Oblivion” for two main reasons. Firstly, I feel there is a huge gap in the field of Islamic literature, and I hope to inspire other budding Muslim authors to take up the mantle. Secondly, I believe that the medium of literature, which is a powerful tool, is greatly underused for the purpose of da‘wah. Novels take a reader on a journey whereby they can enter lives that would otherwise be out of reach. They also enable the reader to intimately follow a character and observe the choices, decisions, highs and lows that ultimately come to define them as a person. “Shades of Oblivion” is not a novel about Islam per se, but rather a novel that features Muslim characters with the aims of presenting a more human and everyday side that is often ignored or misrepresented by the media. I have read hundreds of books where non-Muslim authors unabashedly and unapologetically convey their beliefs (usually atheistic in nature) through their characters. Why can’t we as Muslims do the same?

UZ: Are there any autobiographical aspects to the fiction story? Please explain.

IA: The novel is essentially a fictitious piece of the work. Writing, however, is a very cathartic process and I think it is impossible to entirely separate an author’s work from the author. I would say that there are aspects of all three characters that are a reflection of me, and also of people I have met throughout my life.

UZ: What have been your major challenges, so far, as a new Muslim fiction writer?

IA: I have encountered a number of difficulties.  I initially went through the traditional means of getting the book published and received positive feedback from literary agents. However, they all declined to support the book. One agent stated that a thought-provoking novel presenting Muslims in a positive light just would not sell in this day and age.  I have since, by the grace of Allah, managed to publish the book independently. The novel is now available both digitally and on paperback from a number of retailers, including the iBook’s store and Amazon Kindle store.  Other difficulties relate to the actual composition of the novel. “Shades of Oblivion” is an independent project and was crafted without help from editors, literary agents or proofreaders.

UZ: Fiction and film remain highly controversial entertainment genres in Muslim communities. What are your thoughts on Muslims involved in these fields? Do you believe the controversy is justified? Why or why not? How can we overcome these challenges? Please explain.

IA: I think this question has to be considered while bearing in mind the context and time we live in. Globalization has made the world a much smaller place and, like it or not, we are all connected in some way. The power of the media cannot be understated or ignored and I believe it is incumbent on Muslims – especially scholars – to work to find a middle ground. I do understand the concerns some Muslims may have, but I do not believe complete asceticism will solve the issue. As Muslims we should strive to be leaders and our chief aim should be to spread the message of Islam as far and wide as possible.

UZ: Where can we learn more about the book? Where can we read an excerpt or purchase it? Please share with us your Facebook page and website.

IA: For more information please visit the website www.shadesofoblivion.com where you can also download a free 60-page sample of the first six chapters. The book is available as both an eBook and paperback. The eBook can be read across all digital platforms including PC, Mac, Apple, Android, Kindle and various other devices.  Please visit our Facebook page ShadesofOblivion.

Dispatch Wizard | Part 3 – Do it for Love

Dispatch Wizard | Part 2 – One Day at a Time