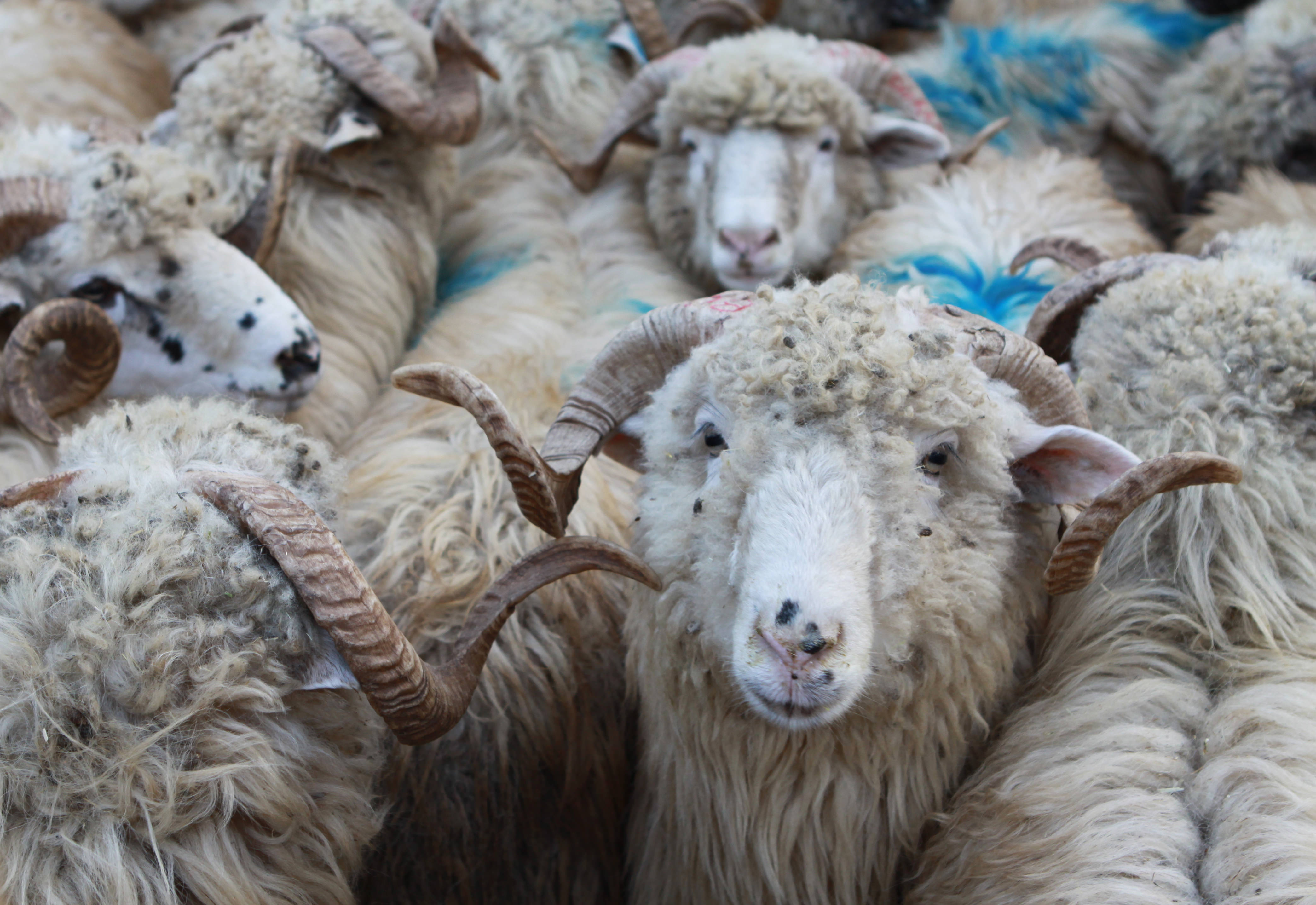 An article published in the Huffington Post called for Muslims to “reconsider” the sacrifice ritual during Eid al Adha. The author cited a number of reasons as to why Muslims should stop sacrificing animals to commemorate Eid, and instead donate that money towards more “fruitful” projects. The author was not alone in her sentiments, and many Muslims have commented positively on her blog.

Not only are some Muslims sympathetic to her views but have also stopped performing the udhiya as a result.

The following article is a respectful rebuttal against the ideas behind the banning of udhiya. It is important to note that disagreements are a chance to engage, understand and critically assess our practices. Moments like these should not be used simply to judge or vilify the other. Insha Allah with polite dialogue and understanding we can reach those Muslims and bring them back to follow Allah’s command.

The author’s arguments are divided below in italics and each point is dealt with individually:

1. Story of Abraham is misunderstood in the Quran:

“The Quran states that Abraham had a dream in which he believed God was instructing him to sacrifice his son. What should be obvious, yet is overlooked, is that at no point does the Quran state the dream was from God or that God demanded this sacrifice.”

The first point against udhiya is the author’s claim that Allah never inspired Ibrahim (as) to sacrifice his son and this was his misunderstanding. This can simply be refuted by the simple fact that all Prophets’ dreams are a part of revelation. There is an agreement among the scholars that their dreams are protected from Shaytan. The Prophet (saw) said: “True dreams are one of the forty-six parts of Prophethood.” (Al-Bukhaari, 6472; Muslim, 4201)

2. Sacrifice does not enhance our spiritual development:

“In order to properly commemorate Abraham’s sacrifice it’s important to ask ourselves if we are giving up something of intense value when we reduce the sacrifice to slaughtering an animal. Are we really making the same type of  emotional and mental sacrifice that Abraham made? If not, then how exactly are we enhancing our spiritual development by continuing with this tradition?”

I partially agree with this point. How many of us pay for udhiya online – or if we at hajj buy our ticket – and don’t ponder deeply about the story of Ibrahim (as)? The act of sacrificing an animal on Eid is to remember Ibrahim’s (as) unflinching loyalty and devotion to Allah. He was willing to sacrifice his beloved son for Allah’s pleasure. This profound incident is meant to inspire us. Yet how many of us do not ponder over our level of loyalty and devotion to Allah? Do we even sacrifice for Allah? Or do we put our comforts first?

However, even if some Muslims have reduced this day to a simple ritual, it certainly does not follow that this obligation should be abandoned. If we were to follow this line of argument, then we could continue and say that Muslims should stop praying as at times we read our prayers mechanically without contemplation. In fact, no religious act would remain if we were to follow this logic. Surely, the solution is to try individually to convert these acts from mere robotic rituals (as suggested in one of our earlier posts: Food For Thought-The Eid Of Sacrifice) to meaningful and impactful occasions, rather than abandon them altogether. Moreover, it is also about giving food to the poor – which is covered in the next point.

3. We can do something better with our money – invest in long-term projects to help the poor instead

“However, we must ask ourselves — are we concerned with feeding people for only a few days or maintaining the message of social justice the Quran espouses …

And, meaningless religious observation, done for the sake of tradition, as is the case with animal sacrifice, has limited scope to alter conditions .…

If we are concerned with social justice and creating meaningful, long-term change then we Muslims must reconsider funnelling our money from this sacrifice and make other investments in our communities to help the disadvantaged. Maybe those investments would be towards grassroots organizations. Such organizations engage the communities they work for. They give power to their constituents to determine what they need (education, vocational training, health care) instead of assuming to know what they need (meat), thereby “helping to change the condition of a people” (Quran 13:11) for the long-term.”

Firstly, the sacrifice is not a mere “tradition”, but it is a commandment from Allah. “Whoever can afford to offer a sacrifice but does not do so, let him not approach our place or prayer.” [Musnad Ahmad and Ibn Majah.] “Turn in prayer to your Lord and sacrifice to Him alone.” [Surah al-Kauthar; 108:2] (There is a difference of opinion amongst the scholars, but at the very least they state it is highly recommended for every Muslim who can afford it.)

Secondly, who is denying the need to give charity to support long-term causes? Eid ul Adha is one day in the year where Allah has commanded us to sacrifice and give to the poor in order for them to enjoy meat on this day. This does not negate the importance of long-term charity nor replace it. Charity is an essential part of Islam. Numerous verses of the Quran and sayings of the Prophet praise those who give generously in charity.

Furthermore, Islam is unique in that it has a special category for long-term charity called sadaqa jariyya. This type of charity is distinct since it has continuous benefits for example a school or water pump. These deeds are special as it is one of the few ways a person can continue to gain reward after their death. It is also one of the few acts a person can do on behalf of the deceased. This is an incredible incentive to encourage long-term charitable acts.

The Messenger of Allah (saw) said: “When a man dies, his deeds come to an end except for three things: Sadaqah Jariyah (ceaseless charity); knowledge which is beneficial; or a virtuous descendant who prays for him (the deceased).” [Sahih Muslim]

Muslims are highly encouraged to give both types of charity. Why must this be an either/or case and not a matter of doing both? To alleviate the pain and suffering of the millions of starving Muslims around the world, both short-term and long-term fixes are necessary; both are encouraged in Islam.

4. The inhumane treatment of animals is against Islam

“There is a strong tradition in Islam for the just and humane treatment of animals and especially those who are to be slaughtered. …

Live export animals are routinely packed tight into transport containers for journeys that can take weeks. During that time they are provided with no food, no water, and stand chained and immobile in their own urine and faeces. Many animals die of dehydration and malnutrition. Many pregnant sheep or cows give birth to their babies in these conditions, only to watch them die a slow, painful death. …

In many Muslim countries butchers are now admitting that the demand for sacrificing animals keeps them from using Islamic humane methods, thus, rendering the slaughter against the very tenants of Islam and the meat un- Halal (not fit for consumption by Muslims).”

Out of all the author’s arguments, this is the main issue that causes the greatest distress. Muslims who have stopped practicing udhiya mainly cite this as their reason. Sadly, the high demand for cheap, fast meat has been detrimental to the human treatment of animals. I recently came across this thought-provoking short clip from the documentary, Samsara, about how animals are processed today.

The author is correct in reminding us that Islam recognises the rights of animals and advocates humane treatment. While Muslims are allowed to consume meat, there are strict rules for the butcher to ensure animals have the least pain as possible in the process. While I cannot check the veracity of the accusation that animals are not being slaughtered correctly and that all the meat is not reaching the poor, it seems likely considering the sheer number of animals that need to be sacrificed in this short time.

Again however, I do not see the solution as abandoning this practice. After all, this is not simply a “Muslim problem”, for even non-Muslim celebrations carry out mass animal slaughtering such as turkeys on Christmas and Thanksgiving; or take the Orthodox Jewish Kaparot where they sacrifice chickens in the days leading up to Yom Kippur; or even the sacrifice to the  Hindu gods? It is interesting to note that similar discourse is circulated around their occasion: Christmas , Yom Kippur , Thanksgiving, and the Hindu Gadhimai ceremony.

The solution lies in working together and putting measures in place to allow for the humane treatment of animals around the world all times of year, particularly in the high-demand seasons. For Eid this could possibly mean extending the time for sacrifice to allow butchers more time to carry out their duties properly. Muslims should be at the forefront of this issue and call for animals to be humanely treated according to the rules of Islam. Our efforts should not lie in abandoning the practice, but in reforming it in order to correctly fulfil the obligations set out by Allah to the best of our abilities.

“There Are Times When My Heart Feels Clouded.”