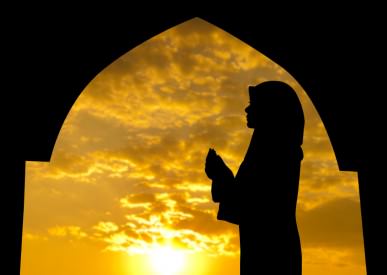 ‘Why is my supplication (du‘a) not being answered?’ is a common complaint that some Muslims make. If we put aside the obvious gremlins (lack of sincerity in making du‘a, impatience with the response, asking for something sinful or for breaking family ties, not ensuring one’s income; food; and clothing are halal), there are other factors that play a part in the response of a du’a not being apparently forthcoming. We read in one hadith: ‘There is no Muslim who makes a supplication, in which there is neither sin nor severing ties of kinship, save that Allah will grant because of it one of three things: either He will grant him a prompt response, or store it up for him in the Hereafter, or avert from him an equivalent harm.’1

That the response to a du‘a could be put-off, or be responded to in a way the petitioner doesn’t anticipate, is the theme of one of Ibn Ata’illah al-Iskandari’s (d.709H/1309CE) famous Hikam – or “Aphorisms”. The Kitab al-Hikam, or Hikam al-Ata’iyyah is the most famous collection of wisdom sayings in the corpus of Islamic literature, composed by the accomplished Maliki jurist and sufi, Ahmad ibn Ata’illah of Alexandria, Egypt. The Hikam has a reputation for its succinct exposition of spiritual realities and practices to spur seekers on to the stations of ihsan. Its appeal is that it combines brevity, energy of expression and layers of meanings, couched in beautiful rhyming Arabic prose. This, together with its numerous large and small commentaries, has ensured its popularity among laypeople and scholars alike till this day.

Below is the sixth aphorism in the collection (in red), followed by a brief commentary by Shaykh ‘Abd al-Majid al-Shurnubi (d.1348H/1929CE). The theme of this aphorism, as said before, addresses the issue of du‘a and the subtle wisdom behind why Heaven’s response to it is sometimes delayed:

6. If, in spite of intense supplication, there is a delay in the timing of the Gift, let that not be the cause for your despair. For He has guaranteed you a response in what He chooses for you, not in what you choose for yourself; and at the time He desires, not the time you desire.

‘That is, let not a delay in the timing of a gift [response] – despite persistence and firm continuance in making du‘a – be a cause to despair about a response to the du‘a. For Allah, transcendent is He, has guaranteed you a response, as per His words: “Call upon Me, and I will respond to you” [60:40] in what He chooses for you, not what you choose for yourself. For He knows what is better for you than you do. Perhaps you may ask for a thing, the denial of which is better for you. The author writes later: “Sometimes He gives while depriving you, and sometimes He deprives while giving to you.”2 This is witnessed by those who realise the station: It may be that you hate a thing though it is good for you, or love a thing though it is bad for you. Allah knows, but you know not. [2:216] This is why one of the Gnostics stated: “His withholding from you is, in reality, a form of giving.”

Likewise, He has guaranteed you a response in the time He chooses, not in the time of your choosing. You ought to cultivate a Moses like patience, for patience and avoiding hastiness more befits the servant. Don’t you see that Moses would supplicate against Pharaoh and his people, and Aaron would say: “Amen” to it: “O Lord, destroy their riches and harden their hearts so that they persist in disbelief, until they face the painful torment.” [10:88] Yet only after forty years were their prayers answered, as He said: “Your prayer is answered. Follow, both of you, the right path and do not walk in the footsteps of those who know not.” [10:89] In one hadith [it says]: “Indeed, Allah loves those who are persistent in supplicating.”3

It has also been related that when a righteous slave supplicates to Allah, exalted is He, Gabriel says: O Lord, your slave wants a need of his fulfilled. So Allah responds: “Leave my slave; for I love him and love to hear his voice.”4

So, O aspirant, fulfill what Allah has instructed you with in respect to supplication, and submit to His will. Perhaps you will be responded to by Him withholding from you and giving you other than what you were seeking, by which you are then granted the greatest good, and even more. [10:26]‘5

3. Al-‘Uqayli, al-Du‘afa, no.467. Al-Munawi graded it weak (da‘if), Fayd al-Qadir(Beirut: Dar al-Ma‘rifah, n.d.), no.1876; al-Albani graded its chain as very weak (da‘if jiddan) in Silsilat al-Ahadith al-Da‘ifah (Riyadh: Maktabah al-Ma‘arif, 1992), no.637. The meaning of the hadith, however, is sound and is supported by other hadiths which speak about the virtues of frequently supplicating to Allah.

Confronting Your Problems – a Khutbah by Sheikh Waleed Basyouni