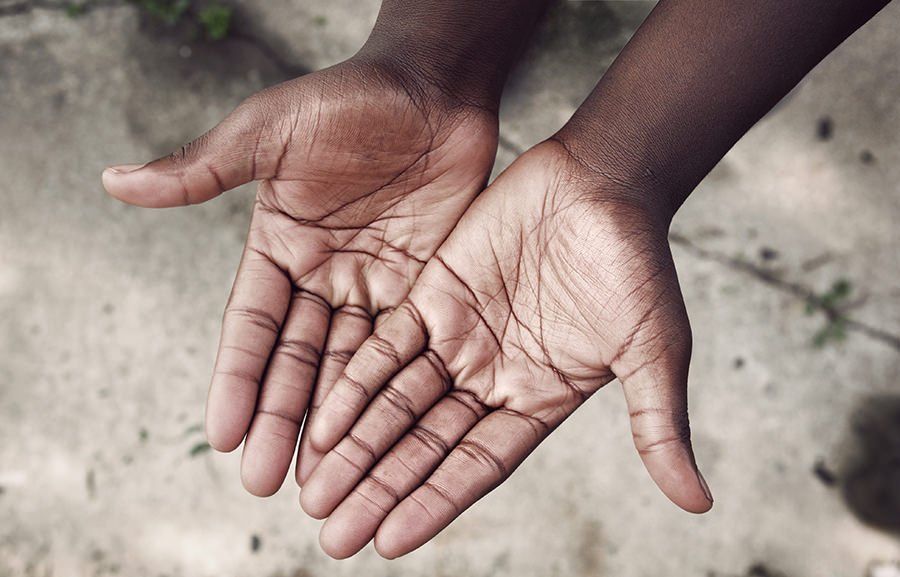 The lump in his throat makes it difficult for him to recite any further. For days, weeks, months, this verse was the thin thread holding his faith together. It wasn’t a sore throat, or cancer, or whatever. It was the lump holding back the tears that could flood his eyes any moment.

“Innama…” he continues, his jaws tightened, “al usri yusra,” he recites, just as a tear makes its way down the left side of his face.

He remembers the first time he learnt this verse. It was in this very mosque. The imam was giving a tafsir on the surah.

“Allah tells us in what means… ‘then, surely after hardship comes relief’,” the imam had said as the noise of children playing at the back of the mosque threatened to drown his voice.

“Allah goes on in the next verse to emphasize that SURELY!” the imam screamed as if trying to make the congregation understand the gravity of Allah’s emphasis. Maybe he was trying to intimidate the children into silence. If it was the latter, then he failed miserably.

“…after hardship comes relief,” he sighed, as if remembering that his seventy-something year old body was not as strong as it used to be.

That was a few years ago.

Today was different. The mosque was emptier, the children didn’t play like they used. Even the imam who taught him these verses had chosen eternal ease over the present hardship. Not that he had much of a choice.

He stepped outside and looked at the few people who were strong enough to make it to the mosque. Everybody seemed to do everything gently and calmly as if their lives depended on it. Actually, their lives did depend on it.

Sunset was a few minutes away.

He remembered something he had heard somewhere sometime ago.

One of the best moments for a believer is the time he breaks his fast.

He didn’t remember where he had heard it or who had said it to him  and  didn’t want to try to —that would cost him  precious energy.

He tried to peek into the near future a few minutes away, just to see what it had to offer. It stared back at him —almost mockingly.

The melancholic rhythm to the voice of the mu’azzin sounded like it was the adhan for a janazah. Although, he knew from having attended some  that there is no adhan to be made for janazah prayers.

He remembers the last janazah he attended. It was a child’s.

They say his body had lost all hope of getting nourished. He had died in his mother’s arms as she watched life slip away from her beloved —the hopelessness driving her to silence.  It seemed like she had promised him not to speak till she joined him. If she did, then she kept her word for a week and a few days –twelve days exactly. He couldn’t remember why he had not attended her janazah, neither did he try to.

He sees a man he knows  well sitting in another part of the mosque compound. He had just discovered a date fruit he thought he never had.

The man shares the dried date fruit with as many people possible, breaking it into the tiniest bit possible.

He gets a tiny piece of the date —the last piece. He looks at the man beside him who had lost  all hope knowing the date couldn’t be divided any further.

This is iftar but it’s definitely not relief.

He hands the tiny bit to the man beside him who smiles. It was a forced smile, obviously.

Ya Allah, I hope you understand.

Keeping the hopes of his stomach up was one risk he wasn’t willing to take. He inhales deeply with his mouth as if hoping the air would morph into a morsel somehow.

He looks at the other people who hadn’t got any of the date fruit and imagines them having a conversation almost similar to his in their heads.

He walks back into the mosque, hands clasped, as he rises from where he had made tayammum —in a corner of the compound where the dust seemed undisturbed.

As they form rows for prayer, he remembers the janazah again.

“Allahu Akbar,” he said with the congregation as he pushed the thought  of off his mind and drowned himself in the recitation of the young imam leading the prayer.

“Assalamu alaykum warahmatullah,” he says with the congregation, to end the prayer just as they all return to their individual silent supplications.

A few minutes later, he hears a rumbling of engines in the distance and tries to ensure he isn’t hallucinating. There are murmurs of people asking questions about the rumbling which would normally sound stupid, but doesn’t at this point in time.

There is a sudden eruption of “Allahu Akbars” and “Alhamdulillahs” as the rumbling of the engines draw closer.

A tear rolls down his right cheek as he smiles and remembers the old imam.

He watches as ease draws closer —in the form of relief trucks.

Related Topics:Faminehungerpovertyramadanramadan2013reliefshort story
Up Next

Taraweeh Tonight: Connect With The Quran – Twentieth Night of Ramadan