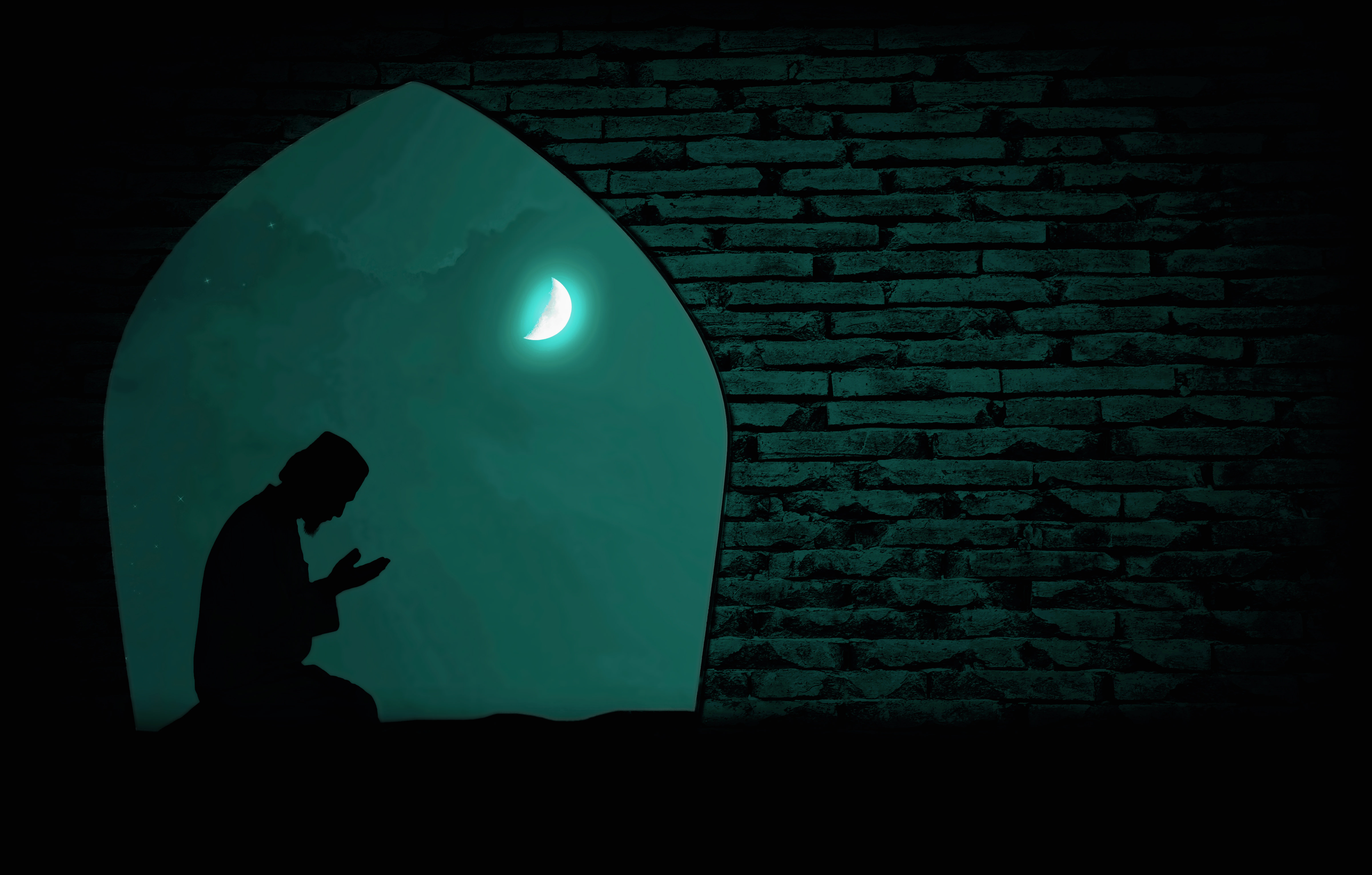 Preserved in the Qur’an are private conversations between Our Master and His Servants. These were the conversations of the prophets and the pious – of Mary, Abraham, righteous men and women who remain unknown to us.

My favorite example is the example of Prophet Zakariya [as] in the beginning of Surah Maryam. A favorite surah among many, Maryam has powerful and emotional undertones throughout the surah.

The disjointed letters bring attention to the Qur’an. We learn from other verses that the Arabs tried to talk over the Prophet

to distract themselves and others when he recited the Qur’an. With these letters, the people would stop and listen. This was the literary power and captivating nature of the disjointed letters. One of the functions of the letters is to catch the attention of the listeners. Even while we are not Arab, we feel a sense of awe when we hear them.

“This is the reminder of the mercy of your Lord upon His servant Zakariya.” (19:2)

After we are captivated by the mention of the disjointed letters, we see another emotional undertone of the surah. Allah

uses the word “Rabb” or “Lord” here to refer to Himself and not His Grand Name, Allah. This attribute of Rabb means that Allah

– maintains, nourishes, protects, and guides – qualities that we would attribute to our families. Rabb is used because the surah emphasizes the aspect of family by discussing the blessing of Zakariya with a son, the blessing of Maryam with a son, as well as the difficulty of Ibrahim with his father.

This surah was revealed shortly after the message of Islam had gone public and the oppression against the small community of Muslims had started. The odds were stacked against the Prophet

during this time. Allah

, to remind him about the mercy Allah

bestowed upon Zakariya. When the odds were stacked against Zakariya, when there was no possibility of him having a child, Allah gave him a child. Just as Allah showered Zakariya with mercy, He will shower you with mercy.

Constantly and throughout the Qur’an, Allah

reassures and consoles the Prophet

. This reminds us of the human side of the Prophet

. He had the strongest of convictions but he also felt pain. This also displays the love Allah

had for the Prophet

. You can’t help but hug, smile and check up on the one you love. Allah

is telling the Prophet

that He hasn’t forgotten him, and tells him how he blessed one of His servants.

He then introduces us to His servant, Zakariya. Allah

repeats the word “nidaa” again. We understand now the depth of Zakariya’s desperation and need.

. But that is not how Allah

describes his calling out. He did not scream, rather he called out “khafiyyan”. “Khafiy” means to be quiet and subtle. His crying out was not powerful and emotional because he was screaming or shouting, but because of how much heart was involved. You do not need to be loud in order for Allah to hear you, it just has to come to from the heart. Naturally, when we are going through something emotional, we want to ask Allah

privately. This aspect of privacy, because of the difficult situation, is being emphasized here.

Another interpretation says that Zakariya wanted to scream and cry but was unable to because of his age. In the midst of such emotion and passion, one would lose their voice. Zakariya cried so much that he lost his voice.

Now we see why Allah

introduced us to Zakariya as “His servant” through this powerful image of conviction. There should not be the slightest bit of doubt when we ask Allah

. Zakariya’s conviction is not diminished in the least despite the fact that he is an extremely old man and his wife could not bear children even when she was younger let alone as an old woman.

To complete this lesson in conviction, Allah

tells us what Zakariya said:

Zakariya uses two powerful metaphors, the first being his description of his bones. “Wahana” is a term which is specifically used for when the body becomes extremely weak. It means when something strong and solid wears out over time. The bones are inherently strong, so much so that even after the body decomposes the bones remain for some time. So even these bones which are strong by nature are beginning to fall apart.

Then he ends by saying:

“Shaqiy” is the antonym of sa’eed which means good fortune. It is to be miserable, deprived and unfortunate. Zakariya says here, I have never experienced deprivation after making dua to You. He benefited every single time he made to dua to Allah

There are two contrasting statements in this verse. In the first part, Zakariya is pleading his case to Allah by saying his bones are falling apart and his head is going grey. A powerful way of winning someone over is letting them know how weak you are. We learn an etiquette of dua here which is to humble ourselves by stating our weaknesses. It is worthwhile and praiseworthy to state our own faults, weaknesses and desperate situations before Allah because it attracts the mercy of Allah. In an example from the Prophet’s

life, he calls out to Allah

by saying: “I complain to You of my weakness, my lack of resources and my lack of respect and dignity among the people.” We learn that this was the supplication he made after the difficult experience of being rejected and run out of Ta’if.

The second part of Zakariya’s dua is equally beautiful and powerful. It establishes the fact that Zakariya never walked away empty handed whenever he supplicated to Allah. It is as if he is saying, my condition is bad, but You have always taken care of me.

This is only the introduction of Zakariya’s dua. What is the main lesson here? Whenever you make dua to Allah, know that He will answer your prayers.

This is a summarized version of Sheikh AbdulNasir Jangda’s complete tafsir of Surah Maryam which was previously posted as a Ramadan series. To continue learning about Surah Maryam and the supplication of Zakariya, visit http://muslimmatters.org/tag/RamadanTafsir12/

Taraweeh Tonight: Connect With The Quran – First Night of Ramadan

Practical Spirituality Part 1: The Inaugural Address of the Prophet