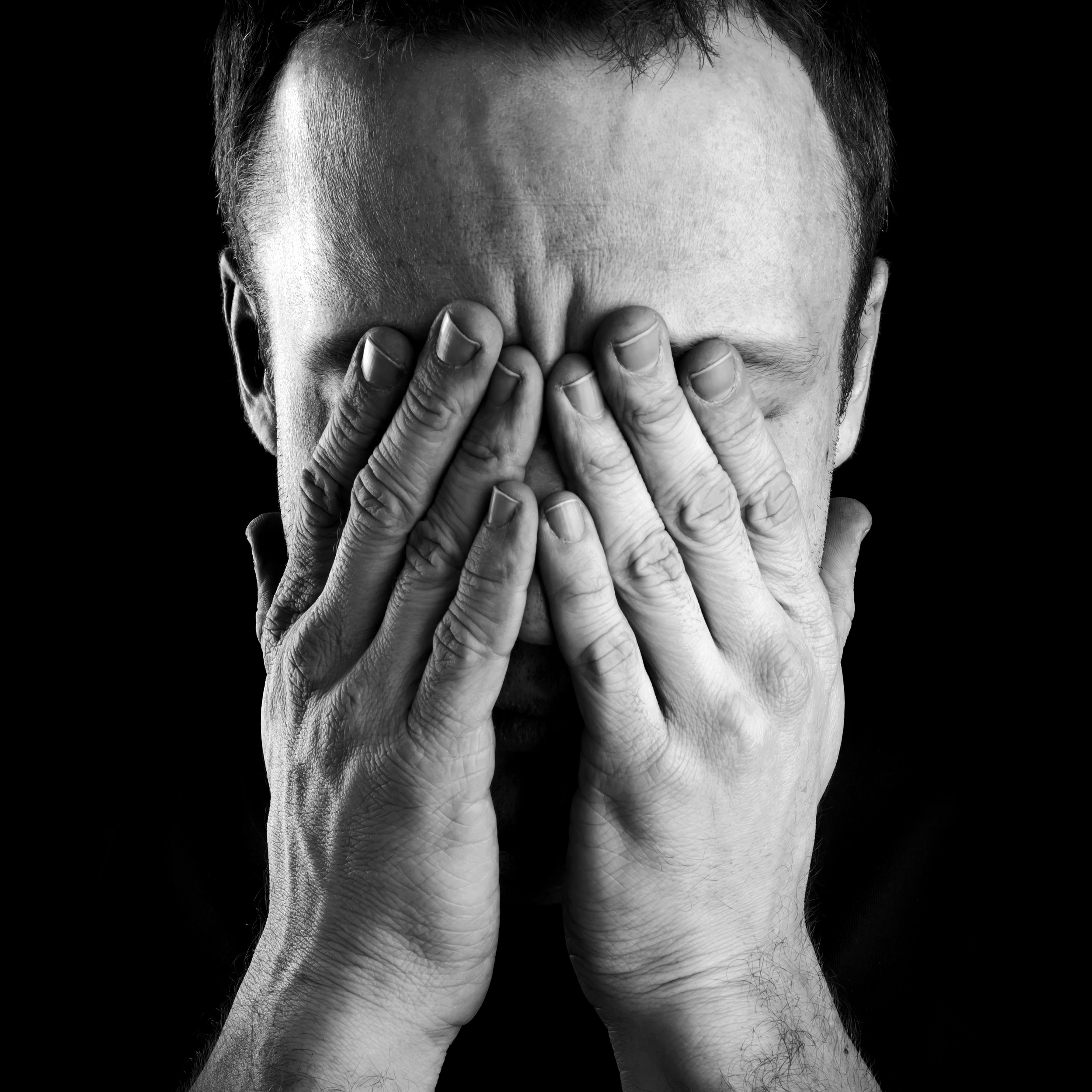 People respond differently to crisis. During troubled times, it is natural to be sad and exasperated be it the death of a loved one, being diagnosed with serious illness, trauma, natural disasters or any negative events. Some people become angry, and even turn that anger towards God. After blaming other people, themselves, and fate, they eventually blame Allāh.

“It just doesn’t make sense. Why is Allāh doing this to me? How can Allāh allow this to happen? Haven’t I done enough? I did everything because of Him but this is what I get. Do I deserve this?”

Yes, it is frustrating when you don’t have all the answers. When things are difficult and out of our control, it is easy to snap. You yearn for the situation in which everything is secure, safe, and predictable. The relationship with God that you used to cherish does not seem comforting anymore.  You feel betrayed, abandoned and mistreated. You stop going to the mosque. You feel like your belief has shattered. You resent religious advice. Whether you are praying to Allāh or not, it does not seem to have any difference. You feel like the world has conspired against you and hold Allāh responsible for that harm, temporarily blind to the reality that afflictions and calamities befall everybody, even the prophets and messengers.

If you are struggling with this anger, you are not alone.  Many people experience similar struggles. Rather than pulling away or trying to cover up the negative feelings, dealing with the issue in an open and honest way is more helpful in the long term. It may not be serious if you just have a flash of anger towards Allāh, and then the coping mechanisms kick in. However, if you have trouble minimizing the anger, you may need to seek help. Research has shown that anger towards God is associated with poor adjustment to bereavement, particularly when the anger remained unresolved over a 1-year period (2). In addition, all these may lead to depression, withdrawal, and a dangerous drop in religious faith.

Below is some advice that might be useful in dealing with this matter:

1. Be honest to yourself

The first part of healing is admitting that you have a problem. Admit that you are angry if even you feel ashamed and guilty by it. We can never fix the annoying aspects of our characteristics if we do not acknowledge the problem.

2. Crush the pride and be humble

Humility is not a weakness. Admit that you are powerless, not everything is manageable and there are times when you need to give up being in control. The trial that you are facing is not an indicator that Allāh’s plan is a mistake, but rather it is the greatest evidence that Allāh is the one at work, not you. Allāh emphasizes this in the quran:

“Or shall man have what he wishes?

3. Be vulnerable to Allāh and make du‘ā’

Al-Khaṭṭābi explains excellently the functions of du‘ā’: “The meaning of du‘ā’ is the servant’s asking his Lord for His help, and asking His continuous support. Its essence is that a person shows his reliance and need to Allāh, and frees himself from any power or ability to change (any matter by himself). This characteristic is the mark of servitude, and in it is the human submissiveness” (3).

With that being said, keep praying and maintaining a religious environment even when you do not feel like it. Do not be arrogant. Even when you are angry, force yourself to turn back to Allāh and complain your grievances to Him. The prophets have shown us perfect examples of how they turned to Allāh during severe circumstances and showed their need of His aid:

When Prophet Ayyūb’s (‘alayhi’l-salām) family and wealth was taken away from him on top of his suffering from an awful disease, he called to Allāh:

“Verily, adversity has afflicted me, and You are the Most Merciful of all those who are merciful.” (Sūrat’l-Anbiyā’: 83)

After Prophet Mūsa (‘alayhi’l-salām) escaped from Egypt to avoid being killed, he arrived all alone in Madyan, he prayed to Allāh:

When Prophet Ya’qub was grieving over the fate of Yusuf and Benyamin, he cried:

“Verily, I only complain of my grief and sorrow to Allāh!” (Sūrat’l-Yūsuf: 86)

Rather than being angry and cutting yourself off from Allāh, turning to Allāh actually relieves the distress. In fact, human beings are wired to be this way.

Neuropsychological research has found that greater religious conviction is associated with reduced activity in the Anterior Cingulate Cortex (ACC), a part of the brain system that serves to regulate both cognitive and emotional processing. It suggests that religious conviction buffers against anxiety by successfully accommodating experience and focusing thought and perception away from anxiety-inducing events (4), meaning that people who pray during times of distress often cope better with affliction than those who don’t turn to God. Surveys also have found that prayer was the most highly endorsed strategy for managing conflicts with God (5).

Furthermore, besides serving as a coping mechanism and as a method to seek help from Allāh so that the current misfortune is lifted, du‘ā’ is the only act that can change Allāh’s decree. With Allāh’s will, du‘ā’ can repel a future affliction that might fall onto a person.

Rasūlullāh (ṣallallāhu ‘alayhi wa sallam) said, “Caution will not be any benefit against predestination, but du‘ā’ benefits (matters) that have occurred and that are (yet) to occur. And indeed, du‘ā’ meets with a calamity, and fights it until the Day of Judgment” (6).

Abu Hurairah (raḍyAllāhu ‘anhu) also reported that Rasūlullāh (ṣallallāhu ‘alayhi wa sallam) used to seek refuge from the evil of destiny, from falling into calamity, from the mockery of enemies and from the hardship of misery (7).

Hence, we should not underestimate the importance and necessity of making du‘ā’. Instead, we should always sincerely ask Him to lift and remove any afflictions that have befallen or might befall us.

4. Re-evaluate your purpose of worship

Keep in mind that we don’t become religious and righteous to be immune from calamities. Our obedience to Allāh is not a bribe for Him to give us something in return or spare us from trials. Allāh says in the quran:

There are among men some who serve Allāh, as it were, on the verge: if good befalls them, they are, therewith, well content; but if a trial comes to them, they turn on their faces: they lose both this world and the Hereafter. That is the evident loss. (Sūrat’l- Ḥajj: 11)

The majority of the mufāsirūn said that عَلَى حَرْف (on the verge) means ‘in doubt’. As if a person who is standing on the edge of a mountain, a person who worships Allāh on the verge is unstable, flustered, weak and doubtful.  Some mufāsirūn said that it means ‘with condition’, i.e a person will continue worshipping Allāh if he acquires good, but he turns back to disbelief when he is afflicted with things he dislikes (8). Ibn Abbās explained this situation further in regard to people who came to Madinah to declare themselves as Muslims. He said:

“One of them would come to Madinah, which was a land that was infected with a contagious disease. If he remained healthy there, and his mare foaled and his wife gave birth to a boy, he would be content, and would say, `I have not experienced anything but good since I started to follow this religion.” But if a fitnah (affliction) strikes him (i.e. the disease of Madinah befalls him, and his wife gives birth to a baby girl and charity is delayed in coming to him), the Shayṭān comes to him and says: ‘By Allāh, since you started to follow this religion of yours, you have experienced nothing but bad things’, and this is the fitnah” (9).

Dealing with anger towards Allāh cannot erase the sorrow, but by coping with it appropriately, it can lead to growth in faith and a closer relationship with Allāh. Transforming the anger into compassion and contentment is an empowerment. Trials are meant to increase our resilience, and a strong believer is better and more beloved to Allāh than a weak believer, even though there is goodness in both (10).

Life is beyond the Law of Attraction. Allāh has already written our story and the plots in our lives. But that does not mean we will like it. That is why iman is extremely vital to hold on to. So what is iman? Jibril asked this question to Rasulullah (ṣallallāhu ‘alayhi wa sallam)  when he came in the form of a man to teach the companions about religion. And he said, “That you affirm Allāh, His angels, His books, His messengers, and the Last Day, and that you affirm the Decree, the good of it and the bad of it” (11).

Practical Spirituality Part 1: The Inaugural Address of the Prophet

Fussing Over the 15th of Sha‘ban