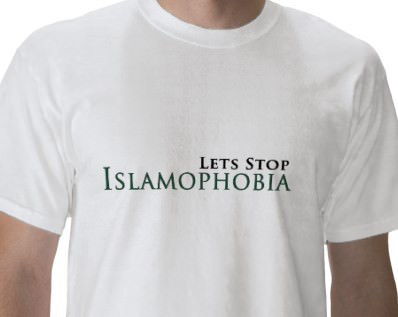 The billboard wars continue on, the latest clash recently being in San Francisco. Every so often Anti-Muslim demagogue, Pam Geller blows a wad of cash on an ad (hominem) campaign against Islam, or at least critical of the boogeyman Muslims she imagines under her bed.

I call this “the billboard wars” because it started with billboards during the Ground Zero Mosque fiasco (which wasn’t at ground zero and wasn’t a mosque), but since then Geller has learned that most billboards are owned by private companies who are free to refuse her business. So, now she targets ad space on public transportation, with her ideologically lock-step lawyer, David Yerulshalmi, loaded and ready if any municipality tries to refuse.

In economic terms, this is what we call “the tragedy of the commons.” There is no way to legally prevent people from misusing public property in ways we would not allow on private property. It’s always struck me as incredibly hypocritical for a self-proclaimed Randian Objectivist to exploit public policy she is supposedly against, and to sue municipalities to secure those ill-gotten privileges, to achieve objectives she could never conceivably accomplish in the free market world libertarians and Objectivists advocate.

Recently Geller rolled out an ad (hominem) campaign on San Francisco Muni buses designed to mimic the #MyJihad campaign. The #MyJihad campaign has been falsely reported as a CAIR project. CAIR was a big supporter, but MyJihad.org is its own organization. Their homepage describes their mission as “Taking back Islam from Muslim and anti-Muslim extremists alike.” Their ads included sunnah smiling Muslim faces proclaiming, “My Jihad is Making New Friends. What’s yours?” or “My Jihad is Eating More Broccoli. What’s yours?” And so on.

The effort of the campaign was to reclaim the word “jihad” and restore its rightful meaning, which is simply to struggle in the way of God — to strive for justice, compassion, self-improvement and when it’s called for, self-defense. Geller’s campaign copies the colors and fonts of the original but features images and quotes of Osama bin Laden and other prominent extremist figures we all reject and condemn.

About a month ago, Geller appeared on KQED Radio’s Forum with Michael Krasny opposite David Chiu, president of the San Francisco Board of Supervisors, and Jess Ghannam, a professor from UCSF, and director of the Arab Anti-Discrimination Committee of San Francisco.

As well intentioned as David and Jess are, and as much as it pains me to admit it, Pam Geller won that debate. By that, I mean that a listener who had never heard of Geller and was unfamiliar with this dispute could easily have been taken in by her because she made the stronger argument in this round.

It’s obvious that she has refined her strategy and honed her skills. In other words, the wolf has bleached her sheep’s clothing. Listeners who don’t know her history don’t know about the boiling cauldron of noxious waste simmering right beneath the surface. David Chiu and Jess Ghannam were outclassed by a mercenary demagogue. So, without disparaging their efforts in the least, I’d like to discuss why I think they lost.

First, CAIR refused to appear on the same program as Geller. Their statement was read on the show saying “We would not expect members of the NAACP to debate members of the KKK,” and “Debate presupposes rational premises.” I see their point, and I understand their strategy, but they are wrong on both counts. They are right that Geller is undeserving of that platform, but that’s not CAIR’s call. It’s KQED’s call to make. If KQED invited the KKK on their show, it would negligent of the NAACP to refuse to confront them. Geller’s message may be similar to the KKK’s, but her status in polite society is not. That’s why it’s important for her opposition to confront her and expose her. There was a time when the KKK was debated in this way, and they lost those debates, which is why they will never be invited on KQED.

Also, debate does not presuppose rational premises. It presupposes irrational premises. The purpose of debate is to expose irrationality masquerading as rational. Refusing to debate her allows her to pontificate unopposed, and in this case even hurt CAIR’s allies. When Jess asked Geller, “Why don’t you have the courage to talk to us directly?” Geller easily shot back “CAIR is the one who wouldn’t come on the show with me. You’re accusing me of what CAIR did.”

And, she’s right. The fact is CAIR was the right opponent for this debate, if for no other reason than because it’s being misreported that #MyJihad was CAIR’s campaign. If they would have began the conversation by setting the record straight it would have immediately put her off her game.

Second, we need to stop calling what Geller does racist, because she just shoots back, “Islam is not a race.” She’s right. We’re giving her easy points because Geller is not racist. She’s perfectly happy to praise an Arab who hates Muslims, and she’s perfectly willing to attack a caucasian who accepts Islam. Just call it bigotry, because that’s what it is – ”Obtuse or narrow-minded intolerance, especially of other races or religions.” To be fair, they also called her project bigotry, but that accusation was lost because they confused the issue. Keep it simple.

Third, stop asking things like, “Is Ms. Geller saying that all Muslims are evil? … Is she saying that Muslims can’t be good Americans?” Especially don’t ask it immediately after she specifically says that is not what she’s saying, as Jess did. What’s she going to say, “Yes?” The role of someone debating Geller is to get her to expose her true intentions in her own words, because she will never answer that question outright. She’ll say mealy-mouthed things like, “Many Muslims support me, but they’re not free to speak because Islamic supremacist groups like CAIR will shut them up.”

I’d like to know who these Muslims are, because as I understand it even Zuhdi Jasser rejects Geller, and he’s the token Muslim among the anti-Muslim demagogues. If CAIR is capable of silencing this groundswell of Muslims who agree with Geller, why aren’t they able to silence her?

A proper debate begins with a disputed claim, and she stated her claim clearly. She says the purpose of her ad campaign is to “increase awareness about the motive and the ideology behind Jihad” and to “show the reality of Jihad, and the root causes of terrorism in the words of Jihadists themselves.” If you want to effectively oppose her, you have to stop her right there before she makes any other argument, because the disputed claim in this debate is the very meaning of the word “Jihad.” So, you can’t let her use the term as if the definition is not in dispute. You can’t concede that ground, because it’s the whole battle.

Geller’s ad (hominem) campaign did not appear in a vacuum. It appeared in response the #MyJihad ad campaign, which means she is explicitly saying, whether she admits or not, that the mainstream Muslims who contributed to the campaign have the wrong definition, and the violent extremists we all reject and condemn have the right definition. That is the dispute.

So, when Geller says “No one disputes the accuracy of the quotes” she’s right. We all agree that Osama bin Laden said that. But when she says, “Muslims aren’t condemning these quotes” she’s wrong, in fact the very purpose of the #MyJihad campaign that she’s attacking was to reject that definition of jihad.

We stand on one side of this dispute, and Geller stands on the other. CAIR, #MyJihad, Jess Ghannam and the normative opinions of Muslims throughout history agree that “jihad” is a word that means “to strive for justice, compassion, self-improvement and when it’s called for, self-defense.” Geller, Osama bin Laden and the other extremists that she quotes agree that “jihad” is a word that means “holy war.” That is the dispute. That is the debate. That is precisely why from the beginning #MyJihad described their mission as taking back the word from Muslim AND anti-Muslim extremists alike.

Let’s not forget that.

A version of this article appeared in The Examiner.

#MyJihad responds to this OpEd