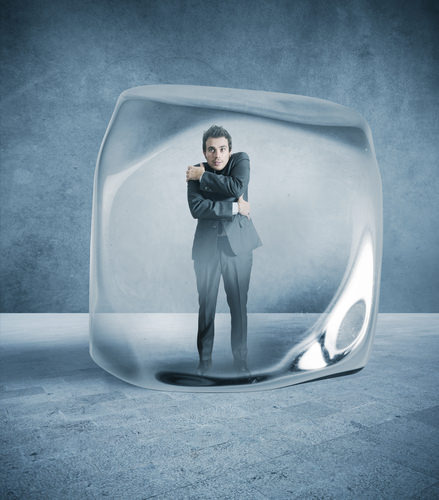 A well-known hadith states: al-dunya sijn al-mu’min wa jannat al-kafir – ‘The world is a prison for the believer and a paradise for the disbeliever.’[1]

Another hadith, this time with a more liberating theme, teaches us this prayer of ardent longing: ‘O God, I ask You for the delight of gazing at Your Face and a longing to meet You (allahumma inni as’aluka ladhdhatu’l-nazar ila wajhika wa’l-shawka ila liqa’ika).’[2]

Most Muslims satisfy themselves with the outward form and practices religion offers. They know that submission to the rules – God’s commands and prohibitions – in the hope of being rewarded with the delights of Paradise, is enough to carry them through this earthly life and deliver them safely to the shores of the Hereafter. There are other believers, however, who have a yearning for something deeper; a need for something beyond paradisical delights – for God Himself. Ibn Qayyim al-Jawziyyah says: ‘Those who labour for the next world are of two kinds: those who work for recompense and reward, and those who work for spiritual stations and degrees; who vie with others to stand before God and be near Him.’[3] ’Thus,’ as he writes further on, ‘the labourers, in whom physical deeds predominate, work for rewards; whilst the gnostics (‘arifun), in whom inward practices predominate, work for rank, station and proximity to God.’[4]

To be clear, the Qur’an frequently mentions other-worldly delights awaiting believers, both as an incentive and a reward for doing good. Thus it speaks of gardens of blissful pleasures, luscious greenery and gushing fountains; unadulterated rivers of wine, milk and honey; mansions of gold and musk; tents of sapphire and glistening white pearls; youthful pages; wide-eyed maidens; a life of perpetual youth and beauty; never-ending comforts and contentment. In short, all the pleasures and delights the soul could wish for. But for the yearning “seekers”, it is not enough to know the truths of their religion with one’s mind or to follow its rules with one’s body. ‘They want to taste these truths, as you taste a fruit, so that the whole of their being is flooded with this flavour.’[5] Those on this path of ardent longing and love feel compelled, by this love, to transcend such paradisical rewards as above. Rather they wish only to worship God, yuriduna wajhahu,‘seeking His Face.’ [18:28] Theirs is a voyage through the limitless, inward dimensions of Islam, so as to be led to the haqa’iq al-iman – the inward “Realities of Faith”. Theirs is undeniably the sublimest path of tawhid, to worship God ka annaka tarahu – ‘as though you see Him.’[6]

Yet this is no call to fluffy spirituality or to subjective sentimentality. Before spiritual ecstasy, must come obedience and virtue. The outward prescriptions of religion not only govern our outward actions, they are, at the same time, the starting point for the inward journey. Without this starting point, there is no journey; without foundations there is no building. Not observing the outward duties of faith is to give the heart over to veils of darkness, delusion and debris; it is to bar the soul from being illumined with any glimmer of guidance. Here, then, is the frozen heart in its winter of disobedience and divine discontent.

It is said that in our unreedemed souls, cluttered as they are with dirt, filth and desires, we are, as it were, caged in a wall of ice. Ice is transparent to a greater or lesser degree, so occasionally we can glimpse what lies outside the confines of our egotistical selves. Those possessed of the will to find God set about melting this wall of ice. But it needs heat to melt ice – to melt the frozen heart. It is loving obedience, coupled with intense longing, that generates this much needed heat. As the heart thaws, and then warms in its submission, knowledge and yearning, it is given to love God, be gladdened by Him, know Him intimately, remember Him constantly, and find peace in Him. Such is the Heaven of this World, about which Shaykh al-Islam Ibn Taymiyyah says: ‘Truly, there is a Heaven in this world; whoever does not enter it, shall not enter the Heaven of the next world.’[7]

To sum-up: the straightforward understanding of faith which charaterises “ordinary” believers – following the rules so as to be rewarded with paradisical delights – is more than adequate for salvation. The Qur’an extols such a quest; and no one has the right to undermine it. Yet the same Qur’an speaks of a station purer still: that of lovers and yearners, knowers and gnostics: a multitude of those from days of old; but few from later times. [56:13-14] This is the station of those who desire neither this world, nor the next, but only the presence of their Lord. It is also the station where – as outward obedience is internalised, as faith and understanding are poured into prayer and as dhikr is made into the heart’s meditation and watchword – the seeker, even in this life, may find the taste of Paradise, the warmth of intimacy and the reality of Union.

6. Part of the celebrated “Hadith of the Angel Gabriel” recorded by Muslim, no.8.

Ibn al-Qayyim: What Matters at Heart

A Glimpse at the Life of Aishah Bint Abi Bakr