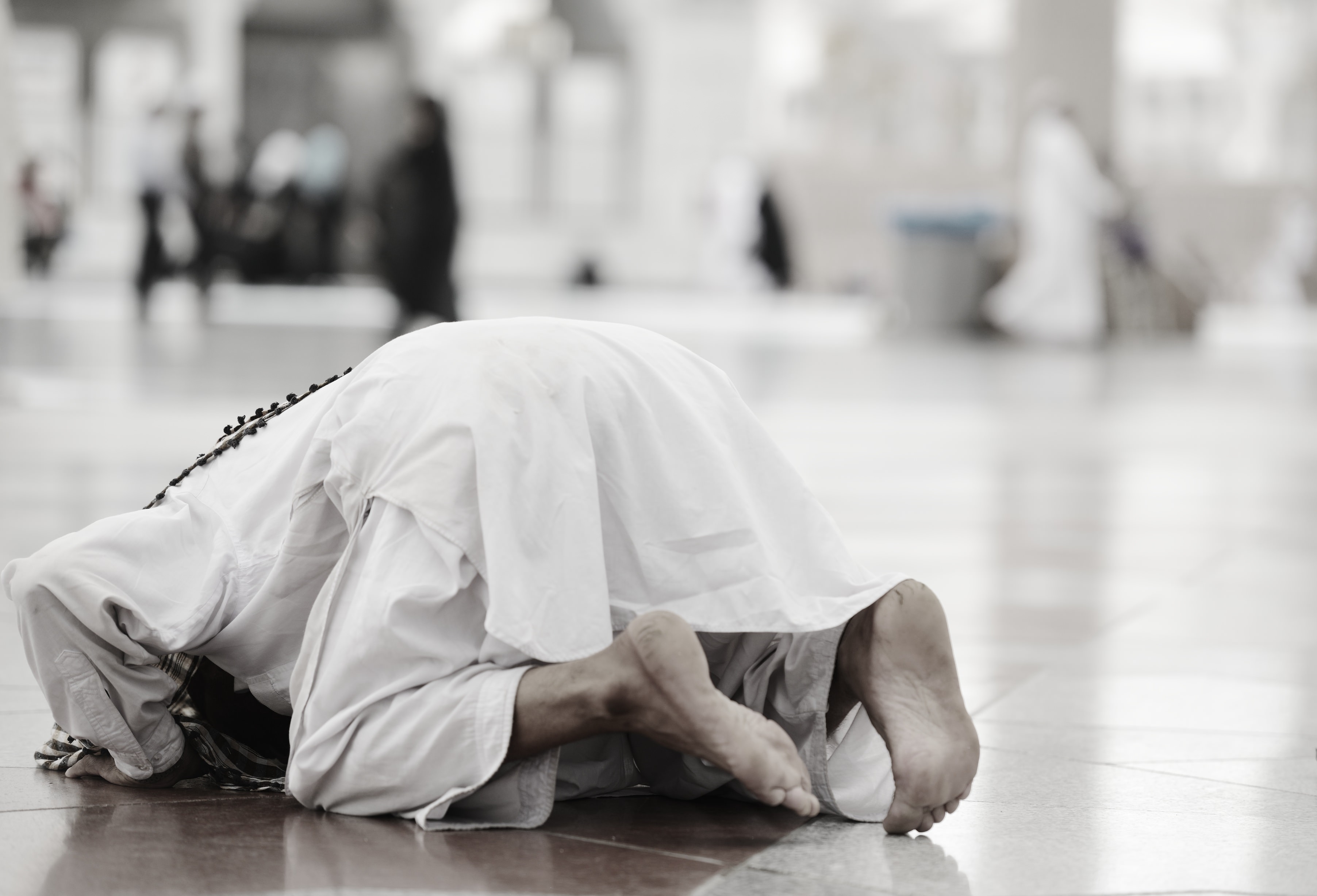 This post is a translation of a classical book by Sayyidina al-Shaykh al-‘Arif bi-Llah Abū-Hāmid Muhammad al-Arabī bin Muhammad al-Sā’ih al-Sharqī al-Umarī. He was born in the ancient city of Meknes, Morocco, in 1229 (1814), to a family who were direct descendants of Sayyidinā Umar al-Fārūq ibn al-Khattāb, may Allah be pleased with him.

Being protecting of matters of Sharīʿah is only possible for the Muslim by him/her being swift towards tawba from each wrongful action committed.  It is also necessary to refrain from persistence [doing repeatedly] in sin.  One can avoid being considered as someone who is persistently sinning,  by making tawba for every sin committed (meaning “persistence” does not mean repeating the sin, rather it is repeating sins without making tawba).  If one repeatedly sins, let him renew his tawba for such repetition, even if this process occurs many times; there is no sickness for which a cure does not exist [the cure for sins is repentance].

It is related in the ḥadīth: “One who makes istighfār is not considered persistent in sin, even if this occurs seventy times in a day”[1].  It was once said to Al-Ḥassan Al-Baṣrī: “a man commits a sin, makes tawba, and then commits a sin again, and he makes tawba again, until when? He replied: I do not see such a behavior as being anything other than part of the good traits of character of the believers”.

explains: “Just as you have taken returning to sins as a habit, then also take returning to tawba as a habit, because through tawba you expiate your past sins, and it is very possible that you may have the fortune to die while in a state of tawba”.

The gist of the matter is that what is incumbent for the Muslim, is to comply to obedience and refrain from disobedience inwardly and outwardly.  What is required is to exert oneself and one’s capacity towards that, in accordance with the verse فَاتَّقُوا اللَّهَ مَا اسْتَطَعْتُمْ “And fear Allah according to your capacity”[2].  This level of compliance to commands and refraining from sins can not occur except through one being particular about tawba from every sin that one commits, even if the [inevitable] decree of Allāh Taʿālā has determined that one repeats such sin several times in a day or night.  The servant is not ordained to do anything other than renew his tawba for that sin, or for repeating it if that happens to him; because this is a sin for which it is obligatory [wājib] to make tawba, and nothing other than tawba is obligated to the servant in relation to that sin.  One is not required to renew his pledge [of obedience to Allāh as a Muslim] as a result of sins, as one may mistakenly think.

This method of tawba is the way of the Kummal among the ʿĀrifīn [the gnostics who have attained a complete state of piety].

HOW DOES ONE MAKE TAWBA?

Tawba consists [first of all] of feeling remorseful [nadam]: meaning feeling pain in the heart and sadness from what originated from oneself, magnifying thereby the act of disobedience of Allāh Taʿālā, and out of fear of His retribution and anger.

Tawba also consists of having a strong and affirmed resolve not to repeat the sin committed.  However, this intent does not consist of going as far as giving an undertaking to Allāh Taʿālā that one will never disobey Him again.

mentioned in his book Al-Ṭabaqāt that someone once said to a pious man: what do you think of me giving an undertaking or promise to Allāh Taʿālā that I will never disobey Him again? He replied: who could be more wrongful than you if you were to do that?  You would be challenging Allāh Taʿālā not to exert His decree on you…

Among the requirements of tawba is to utter istighfār [saying astaghfirullāh] with one’s tongue, at the moment of tawba.  It is in fact common [among the ʿulamā] to consider istighfār as being equivalent to tawba as in the previous ḥadīth “the one who utters istighfār is not considered as being persistent in sin”.  The ḥadīth is narrated by Al-Tirmidhī through Abū-Bakr Al-Ṣiddīq

narrates in a ḥadīth of Ibn-ʿUmar

said: “Woe to those who are persistent in sin, those who persist in their wrongdoings while they are well informed”.

explains: meaning those who are aware that whoever repents to Allāh will undoubtedly find Allāh acceptor of his repentance, yet they do not utter istighfār; Al-Qasṭalānī quotes Mujāhid [mufassir] and others as having interpreted this verse as such.   The verse in question is: وَالَّذِينَ إِذَا فَعَلُوا فَاحِشَةً أَوْ ظَلَمُوا أَنْفُسَهُمْ ذَكَرُوا اللَّهَ فَاسْتَغْفَرُوا لِذُنُوبِهِمْ وَمَنْ يَغْفِرُ الذُّنُوبَ إِلَّا اللَّهُ وَلَمْ يُصِرُّوا عَلَىٰ مَا فَعَلُوا وَهُمْ يَعْلَمُونَ

“And those who, when they happen to commit a shameful act or wrong themselves, remember Allah, then, seek forgiveness for their sins-and who is there to forgive sins except Allah?-and do not persist in what they have done, knowingly”

It is essential that one does not leave the practice of uttering istighfār under the [false] pretense that his heart’s condition is not in accordance with his tongue’s utterance.  This is so because it is a fact that once the tongue is accustomed to a certain utterance, it is only a matter of time for the heart to become accustomed to that utterance and thereby align its condition with the tongue.

Note: some ʿulamā have specified the period of time after which one is considered to be persistent in sin [by not making tawba], as being the time before the next ṣalāh; others have mentioned other lengths of time.  It is narrated in a ḥadīth: “The angels-meaning those who record deeds-wait for the wrongful one for the length of a sāʿa [moment]”.  It has also been narrated by Al-Samarqandī that the angels wait for six or seven sāʿāt.  If the person repents to Allāh in that time period, no sin is written against him, otherwise a single bad deed [only] is recorded against him.

IS THE ACCEPTANCE OF THE SERVANT’S TAWBA BY ALLĀH-TAʿĀLĀ CERTAIN, OR IS IT JUST A POSSIBILITY?

There is also khilāf [difference of opinion] regarding whether it is valid to make tawba for certain sins only.  The correct position is that it is valid, even if what one makes tawba about is a minor offense, while one is persistent in committing numerous other offenses.

There is also khilāf [difference of opinion] about whether it is wājib [obligatory] to make tawba when one [simply] recollects a sin committed in the past or not.

The question is whether it is obligatory, or is it just praiseworthy [mustaḥab], except in the case where recollects it with happiness and contentment from having fallen into the sin, in which case it would be obligatory.  The correct position is that it is not wājib, and this is in accordance with Shaykh Aḥmad-Zarrūq[4]‘s statement in his book Al-Naṣīḥa: “Recollecting a sin does not make tawba obligatory, rather it is praiseworthy [mustaḥab] according to the most correct opinion, with the condition that one is not joyful in his recollection, in which case it would be obligatory to repent from such joy and contentment that one has fallen in the sin”.

[4]    Renown Māliki scholar, from Fes (Morocco); was an accomplished scholar who marked his time and whose works became a reference in Tazkiyyah all over the world up to this age.