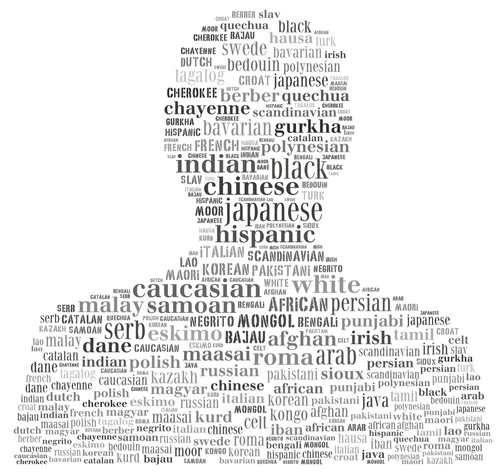 By Ammar AlShukry
Cross-posted from:   https://www.facebook.com/ammarpoetry/posts/532319246788139
I had some fun writing this one. Purely fictional, no offense intended.
I met Ahmed, he was a dejected fellow,
I asked him why he was looking so mellow,
He told me, when I converted to Islam,
I was told that I was joining the brotherhood of man,
At the masjid I got hugs, felt so happy and serene,
It was the most beautiful gathering I’d ever seen,
For months they took me in, like a baby they would wean,
Then someone told me that marriage was half of my deen,
So off I went! Simple enough, when all the brothers loved me,
I felt my heart was one with my brothers, tied by the God above me,
I shyly walked up to the imam sat down and eloquently stated,
That I was doing well for myself, unattached and educated,
And ever since I accepted Islam I’ve gone through a lot,
Quite frankly this community here is now all the family I’ve got,
So I would appreciate his assistance in seeking out a better half,
Someone I could share a journey with, as well as a tear and a laugh,
His response was less warm than I had imagined in my mind,
Like he was burdened with locating someone impossible to find,
He said, “Brother Ahmed, I just want to alert you,
That this might take a while, so be easy, patience is a virtue”
I asked “How long ago was this?” Ahmed laughed and said, “BRO”
the conversation that I had with the imam was three years ago!”
I sat down next to him, wearing a painful grimace,
saying “so what was your experience, from start to finish!”
Ahmed leaned his head against the wall, to silently recollect,
And then looked at me and said, “This ummah isn’t what you expect.
Side by side and feet to feet, we may gather at a plate to eat,
but all of that will just retreat, when his daughter is why you meet,
So after meeting more than my share of parents insanely selective,
I have my own breakdown of the Ummah from a converts perspective,”
I interrupted “Hold on Ahmed” the story bringing me to focus,
“I’ll shout out the country, and you tell me your diagnosis”
“Sudan!” He said, “Y’all Sudanese have it rough..
“I thought we were all black but her father said I wasn’t arab enough “
I LOLed at his jab, and then went to the next country,
“Palestine” he laughed and said, “Maybe if you have 20K for a dowry”
“What about the people of the Nile?” He said, “You wont believe it,
They asked me if I was willing to buy an apartment out in Egypt..
I approached a Pakistani family, and they were really nice,
They said, not a chance..but we hope that you make it to paradise,
There was a Somali family and they didn’t hesitate to say no,
But said if only you were a WHITE convert, you would have been a go,
There was an Indian father who I still just wanna smack,
He said, “You are Muslim now, how do I know you will never go back?”
Like any of us really know, aren’t we all quite possibly,
liable to be misguided or astray by deviance or apostasy,
Its just frustrating when you hear that, like theyre trying to say,
That Islam for them is more engrained in their hearts, blood or DNA
When I am the one who faced my family and cultures antagonism,
To jump into an Ummah made prison, not at all what I envisioned,
His head, still resting against the wall tilted towards the sky,
“I haven’t given up on the Ummah, I just sit and wonder why?
Why is it that we can convert from our entire religion,
But all of these born Muslims can’t convert from tradition.”
Share202
Tweet
WhatsApp
Reddit
202 Shares

The Deal: Part #5 The Price of Faith