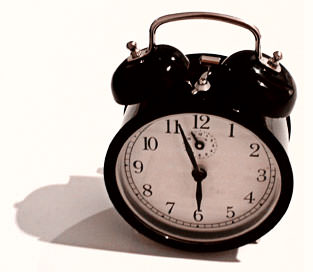 Ever attend the talk on maintaining your Ramaḍān momentum? Seems to be everywhere at the end of Ramaḍān, but in my experience few, if any, are impacted because Ramaḍān time is treated as a time of binge worship rather than an occasion for strategic habit development. I believe our speaking capital is better invested in teaching habits of worship that are practically integrated in the life of the typical Muslim. By doing so, Ramaḍān stops acting as a time of crash-and-burn binge worship and turns into a framework for building habits that should be at the core of every Muslim’s daily life. The first habit this series will look to develop is teaching the reader one method that has been successful in developing the ability to wake at 4 am daily (translation: this is how I did it, but it’s not the only way to get the job done).

At the heart of every Muslim’s life priorities should be an aspiration to place in the highest level of Paradise. You’ll know the strength of that conviction by the conscious strategies you create to get there, and the active steps you take to making those strategies successful. You’ll likely fail many times, but oftentimes the intent and effort is just as important as attaining the goal itself. This is a Real Goal.

In contrast, when one says, “I should change”, but no real effort takes place, either in planning or doing, it’s what I like to call a Guilty Goal. Guilty Goals are not true goals – they’re simply lip service placeholders in our minds, that allow us to acknowledge the virtue of some action while simultaneously making us feel guilty because, either we don’t really want to do them (lip service), or we don’t see a viable path forward to complete them.

For example, when asked, “Do you want to memorize the Qurʾān?” in a lecture, all hands shoot up. Who wouldn’t want to? But were we to ask, “Who has a one-, two-, five-, or ten- year plan to get it done,” the number of raised hands would disappear faster than chicken biriyani at an ifṭār.

The Bridge from Guilty to Real Goals: Daily Habits

I’m often asked about my eating and training strategies because of the shape I maintain, especially since I’m not a fitness professional, but a 9 – 5 software engineer with a wife and three kids. The most important strategy for getting into shape is the same as for waking at 4 am – it’s hardwiring neural pathways in your brain that converts new, frequent actions into lifelong habits.

Once those habits are firmly established, it becomes difficult to leave aside performing those habits. If you’d like to test it out, see how you feel when you don’t brush your teeth in the morning. Beyond avoiding close quarters in conversation and the gross feeling in your mouth, you’re subconscious mind will continually bang away at the walls of your mind letting you know something is wrong. There is so much negative reinforcement, you can’t help but go back and brush your teeth (at least, I hope so).

What if the pain of leaving a good action was more than the pleasure of leaving it? What if your mind rebelled and compelled you to go back and perform the action? Now you have a good habit established. We’ll discuss how to go about doing this, using the 4 am wake-up as our example.

How I Establish Daily Habits

When you begin any new activity, be it waking at 4 am or turning your health around, you’re both attempting to establish many new habits while breaking away from other established habits. That’s a tall order, and it’s why most people fail to change – it’s too much too soon. It’s the same reason why almost no one maintains their Ramaḍān momentum, and why they crash and burn come ‘Eid day. The following strategy outlines how I bring about change in my daily habits with the 4 am wake-up as the example.

Step 1: What’s In It For Me? Find Your Motivation

Before changing your habits, you need one or more compelling reasons to change. In the case of waking at 4 am, one habit I wanted to establish was praying at least 2 rakaʿāt of qiyām ul-layl every night. I chose 4 am because when the winter months hit, I would still be within a half-hour time frame before fajr, so no matter what time of year I was in, I could perform it.

But this isn’t the only reason I wanted to establish this habit. By waking early, I could also better prepare myself for the day, spend more time on other acts of worship (more dhikr, memorizing Qurʾān), more learning (preparing for certifications related to my job), getting more work done (I could get more done in an hour in the morning than during normal office hours), and if my wife woke with me, spend quality time with her while the kids slept, and we would both be bright and fresh during that time.

Sure, there are some days when I oversleep and wake up at 6:30am, and there are days when I wake up and just want to stand in the shower and veg out for more time since I have more time. It’s all fine because I have that time for myself to do just that.

For me, waking at 4 am is the foundation for success in all other areas of life. In particular, during the brief periods of time I consistently performed qiyām ul-layl, I found my du‘ā’s often answered with overnight delivery. All-in-all, this habit means a lot to me, and I believe very strongly in the benefit of establishing this habit and maintaining it for life.

Step 2: Anticipate the Unintended Consequences of the Habit

Changing oneself isn’t simply a matter of deciding you’ll act differently and then doing so. A number of areas of life should be addressed:

The beginning of a dramatically new habit comes with the burden of overcoming existing mental and physical programming. If the change is too dramatic, then you’ll likely last anywhere between one day and one week before crashing.

To preserve through the initial launch, the change should be a challenge without being overpowering. If you’re already waking at 8am, then you would start at 7am in your first week, not 4 am. Your focus during this time is not qiyām ul-layl, studying, working out, or anything else. The goal is simple – wake up and stay up. If you want to take a long shower, walk around the neighborhood, or veg out on Facebook, go for it. If you woke at 7am and stayed up all day, congratulations, you succeeded.

The last point cannot be overstated enough. The goal is simply waking and staying up, no more. Even if you sleep late, it doesn’t matter – your goal is consistently waking up at the same time and staying up. The next week, you’ll move to 6am, the week after 5am, and the week after that, you can push to 4 am. If one hour increments are too much for you, wake earlier in half-hour increments. If even that becomes too much, aim for 15 minute increments.

Once you’ve established the habit, you’ll find that your wake up time may fluctuate. Sometimes I wake at 3am and can’t fall back asleep, and other times I wake at 4:30am to 5am. This range is acceptable for me, based on my own goals. If I were to wake up at 6am and beyond, I would consider that “oversleeping”. In this case, I consciously attempt to discern what may have caused the problem (in one instance, I worked out late in the evening and then slept late), and make sure to focus myself on not repeating the mistake, or if I repeat the mistake, setting up other means of waking (like my alarm). The key is that occasional failure is ok (and expected), just determine that a failure doesn’t mean the end of the habit, it’s just a part of our human imperfection, and strive again to maintain better consistency.

Another point to keep in mind – sometimes I intentionally “fail”, meaning, I realize I’ve awakened too many early mornings in a row while sleeping an average of 5 hours. When this occurs, I allow myself a recovery day (usually on a Saturday or Sunday) to knock out until 9am (that’s just my time, others may have their own).

I know many of you are excited to get started and running on this, but there are some exceptions such as if you’re:

Becoming a consistent early-morning person isn’t about being a super duper tajwīd master shaykh floating on a magic carpet. It’s all about focusing on the goal, keeping it simple, making conscious, gradual improvements, and moving forward until you hit the target. Don’t worry about the days you fail, just keep trying until you get to enjoy the sweetness of front loading your day with all the most important things in your life. The gradual success that comes from it will snowball into this amazing feeling of accomplishment and happiness that honestly can’t be put into words.

Positively Muslim in the West: Sister Hafizah Ismail of Children of Jannah